According to a team of scientists at the Max Planck Institute for Chemistry in Mainz by 2025 around 32,000 people in Delhi will die inhaling polluted air. Kolkata is going to be 2nd such city while Mumbai being 3rd. Altogether these 3 cities top the list of most polluted cities that will be having premature deaths due to harmful particles like PM2.5 and O3 in the air. 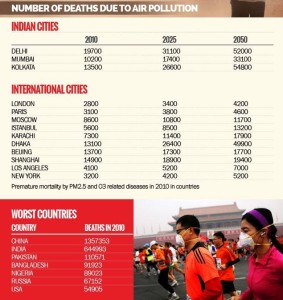