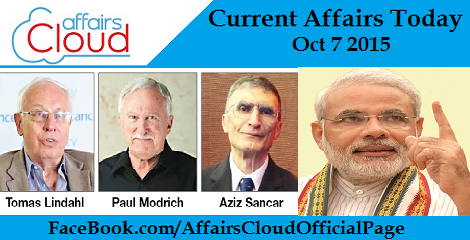 The Sagarmala Project aimed to modernize Indian ports with development in coastal areas to boost the country’s economy. In March 2015 Govt approved to transform 12 ports and on the sidelines of this Sagarmala is financed with huge funding.

WHY DEVELOPMENT OF PORTS NEEDED?

Union Government has approved the construction of a war memorial and war museum at India Gate, New Delhi that has been pending since 1960s.

As a part of Pradhan Mantri Swasthya Suraksha Yojna (PMSSY) Union government cleared a proposal for setting up of three new AIIMS.

WHERE AIIMs WILL BE SET UP?

Pravasi Bharatiya Divas Conference to be held in Jan 2016

To unify non-resident Indians (NRIs) and persons of Indian origin (PIOs) to grow stronger links between them and India.

To develop a new model of engagement with Indian diaspora. Issues will be discussed by 14 Working Groups consisting of 7 -8 overseas experts from all over the world and 2 -3 Indian experts.

Modi ranks 13th in global list of most influential people

Jai Bhagwan, Olympian and Arjuna award-winning boxer and serving as an inspector with Haryana Police has been suspended from his job for allegedly taking a bribe of Rs. 1 lakh from a businessman Mukesh Goyal of Adampur Mandi in Hisar district.

BOOK – The Clintons’ War on Women

The Clintons’ War on Women author Roger Stone and Robert Morrow is set to release on 13th October 2015.