A national conference on Anti Human Trafficking was inaugurated by the Union Home Minister, Shri Rajnath Singh on 7th  october 2015 in New Delhi. 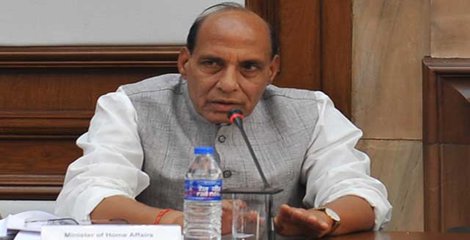 Discussion Topic : Issues and challenges relating to Anti Human Trafficking and ways and means to curb the menace more effectively.

“Operation Smile” : A campaign launched in January 2015 to rescue the missing children and reunite them with their families.

During the conference the top performers of the “Operation Smile” was awarded by the the Union Home Minister.

‘Operation Muskaan’ : A campaign launched throughout the country in the month of July, 2015.

19,000 missing children were rescued during Operation Smile and Operation Muskaan.

India recently signed an MoU with Bangladesh for checking the human trafficking and also to share information on individuals or agencies doing illegal actions.

A recent report by the UN Office on Drugs and Crime reveals that more than 1.5 lakh people reported as victims in a single year in South Asia.

A database based  on criminals engaged in human trafficking will be prepared by the the Crime and Criminal Tracking Network & Systems (CCTNS) project .