The programme for the conservation of Eastern Hoolock Gibbon  was launched by Dr Shashi Kumar on 6th october 2015  in Arunachal Pradesh.

It’s a community and school-based education program on conservation of the endangered Eastern Hoolock Gibbon. 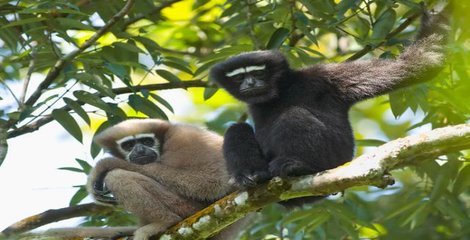 Programme implemented By : ENVIRON, an NGO based on North East(NE) associated with state’s environment and forest department with Aitijya (The Heritage) as partner

ENVIRON : A society for conservation and management of nature and natural resources ..
in NE India.

Project Supported by : US Fish and Wildlife Service

The fifth day of the Wildlife Week. was celebrated during the launch.