We are here for you to provide the important current affairs November 26 2017 which have unique updates of all daily events from all newspapers such as The Hindu, The Economic Times, PIB, Times of India, India Today, Indian Express, Business Standard, all Government official websites. Our complete current affairs helps you to get more marks in Banking, insurance, UPSC, SSC, CLAT, Railway and all other competitive Exams. 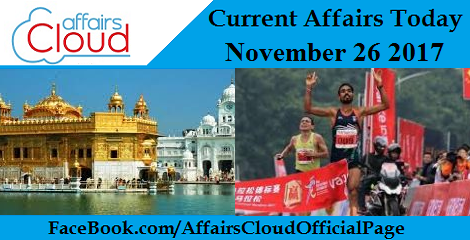 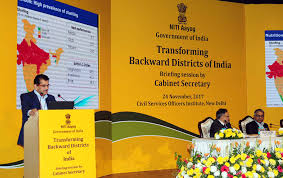 115 backward districts to be transformed by 2022:
i. Senior level government officials, at the rank of Additional Secretary and Joint Secretary, have been nominated as ‘Prabhari’ officers for each district.
ii. A detailed briefing of these officials was held under the chairmanship of Cabinet Secretary P.K. Sinha. He advised the Prabhari officers to immediately form a team with state representatives and bring convergence in their effort.
iii. Home Secretary Rajiv Gauba said 35 districts have been selected on the basis of reported violence by Left Wing Extremists, 55 districts are affected by Left Wing Extremism and another 15, including districts in Jammu and Kashmir and northeast, are affected by terrorism.
Various Union Ministers of India:
♦ Minister of Agriculture and Farmers Welfare – Radha Mohan Singh
♦ Minister of Tribal Affairs – Jual Oram
♦ Minister of Women and Child Development – Maneka Gandhi
♦ Minister of Social Justice and Empowerment – Thawar Chand Gehlot

30.76 lakh houses sanctioned under PMAY (Urban) till now: Hardeep Singh Puri
On 24th November 2017, Union minister Hardeep Singh Puri said that, the government has sanctioned 30.76 lakh houses for the urban poor since the launch of the Pradhan Mantri Awas Yojana (PMAY) – Urban scheme in June 2015.
30.76 lakh houses sanctioned under PMAY (Urban) till now:
i. Hardeep Singh Puri said that, currently, 15.65 lakh houses are at various stages of construction and about 4.13 lakh houses have been built in the last two years, at a at a national workshop on PMAY (Urban) and Swachh Bharat Mission (Urban), in New Delhi.
ii. He said the demand for housing is about 12 million and the government has taken a number of initiatives to support segments from infrastructure status to affordable housing.
iii. The workshop was held to deliberate on the issues in the progress of the mission, particularly implementation of the ‘In-situ Slum Rehabilitation (ISSR)’ and‘Affordable Housing in Partnership (AHP)’ verticals of the scheme.
Some of the government schemes in India:
♦ Pradhan Mantri Ujjwala Yojana – to provide free LPG connections to women from below poverty line families
♦ Pradhan Mantri Kaushal Vikas Yojana – to provide the institutional capacity to train a minimum 40 crore skilled people by 2022
♦ Smart Cities Mission – to enable better living and drive economic growth stressing on the need for people centric urban planning and development

World’s First 3D Sanskrit Film Anurakthi Screened at 2017 IFFI Goa
The World’s first Sanskrit 3D film‘Anurakthi’ is among the main attraction in 3D category at the ongoing International Film Festival of India in Panaji in Goa.
i. A team of 10 Sanskrit scholars worked with the filmmaker to help deliver the correct dialogues.
ii. There were also dialect coaches to the actors to perfect the language.
iii. The main challenge for the artists in the movie was to present it in a contemporary setting and ensure the language can be followed by the viewers.
iv. The motto of making the film is to make the Sanskrit language relevant even for today.
First 3D Sanskrit Film
The movie directed by Asokan PK revolves aroundthe traditional art form of Kerala, Koodiyattam.
♦ In the movie, a Punjabi ballet dancer,Vasudha, comes to Kerala to learn Koodiyattam from a practitioner called Paramesharwan Chakkiar.
♦ The movie is a blend of tradition and modernity while showcasing the 2000-year-old dance form of Kerala.
♦ Anurakthi is in colloquial Sanskrit and also has a song in the 80-minute-long film.The film, which was shot on a budget of around ₹28 lakh, is expected to have its commercial release in February 2018. 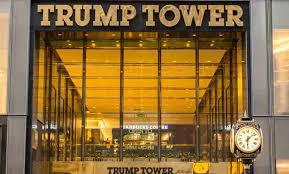 i. This is the third Trump Tower to be launched in India.
ii. The construction cost would be around Rs 7,000 per sq ft in this project.
iii. Realty firms Unimark Group, RDB Group and Tribeca Developers have already sold about 50 per cent units since the project was soft-launched in mid-October. The starting price is Rs 3.75 crore for a 2,500 sq ft size flat.
Trump Tower launched in Kolkata
♦ The US President Donald Trump is the founder of the Trump Organization.
♦ India already has Trump-branded project in Pune partnering Panchshil Realty. It tied up with Lodha group in 2014 for housing project in Mumbai.
Other Details
♦ Tribeca is a boutique branded real estate developer. It has worked with the Trump Brand for the last seven years.
♦ Unimark is one of the leading real estate developers in Kolkata.
♦ RDB Group has interests in many businesses including real estate and infrastructure.

IKEA opens first ‘Hej HOME’ in India at Hyderabad
The Swedish home furnishing retailer IKEA (Ingvar Kamprad Elmtaryd Agunnaryd) launched its first experimential centre “IKEA Hej HOME”on 26th Nov 2017.
♦ IKEA has planned to open its first store in the India at Hyderabad by 2018.After the Hyderabad store, the second store will open in Mumbai during 2019, followed by Bengaluru and Delhi NCR.
IKEA (Ingvar Kamprad Elmtaryd Agunnaryd)
i. In India, IKEA currently has50 suppliers with 45,000 direct employees.
ii. The Hej Home, designed and set up over six-month duration, highlights what the retailer stands for and what to expect from an IKEA store.
iii. IKEA Hej Home reflects its understanding of life at home in India and its unique home furnishing solutions for homes.
iv. It also gives a peek into IKEA’s long-standing relationship with India, its history and philanthropic activities.
v. It showcases the IKEA food and room settings based on its learning’s of Life at Home in Hyderabadi families, especially those living with children.
vi. The display includes the bedroom, living area, kitchen and dining, play area among others. With the launch of IKEA Hej Home, the retailer is getting closer to the first IKEA India store opening.
vii. IKEA has a commitment to hire 50% women co-workers at all levels in India.
viii. As the IKEA experience cannot be complete without food, visitors can also get a glimpse of the IKEA Food and taste Swedish and Indian delicacies that will be sold in the IKEA store’s 1,000 seat restaurant, one of the largest in the world.

Golden Temple awarded ‘most visited place of the world’ -WBR
On 24th November 2017, the Golden Temple has been awarded the ‘most visited place of the world’ by ‘World Book of Records’ (WBR), a London-based organisation that catalogues and verifies world records.
i. General secretary of WBR India chapter, Surbhi Kaul, and president of WBR Punjab chapter, Randeep Singh Kohli, gave this award to Shriomani Gurdwara Pharbandhak Committee (SGPC) chief secretary Roop Singh and other senior officials at Teja Singh Samundari Hall, Amritsar<
ii. He said on average more than one lakh devotees visit the shrine every day. He honoured the WBR team with ‘siropas’ and a model of the Golden Temple………………………………..Click here to Read more

Lucknow to get first woman Mayor in 100 years
On 26th November 2017, Lucknow voters cast ballots to elect their first woman mayor in the ongoing civic body polls in Uttar Pradesh.
Lucknow to get its first woman mayor in 100 years:
i. All the parties fielded women candidates after the Lucknow mayoral seat was reserved for women. Prominent contestants out of 19 are Sayukta Bhatia (BJP), Prema Awasthi (Congress), Bulbul Godiyal (BSP), Priyanka Maheshwari (AAP).
ii. Uttar Pradesh is credited with giving India its first woman governor Sarojini Naidu and chief minister Sucheta Kriplani.
iii. Now, Lucknow is to elect its first woman mayor since the Uttar Pradesh Municipalities Act came was notified in 1916. Lucknow has thrice sent a woman to the Lok Sabha as its representative with Sheila Kaul being elected in 1971, 1980 and 1984.
Firsts in India:
♦  First woman Prime Minister of India – Indira Gandhi
♦  First woman President of India – Pratibha Patil
♦  First woman Speaker of the Lok Sabha – Meira Kumar

World’s first AI Politician developed Iin New Zealand
Scientists of New Zealand have developed the world’s first artificial intelligence politician.
i. This virtual politician was named as SAM. It was created by Nick Gerritsen, a 49-year-old entrepreneur in New Zealand.
ii. This politician can answer a person’s queries regarding local issues such as policies around housing, education and immigration.
iii. The AI politician is constantly learning to respond to people through Facebook Messenger as well as a survey on its homepage.
iv. By late 2020, when New Zealand has its next general election, Scientist Gerritsen believes that SAM will be advanced enough to run as a candidate. However, it is not legal for AI to contest elections.
New Zealand
♦ Capital – wellington
♦ Largest city – Auckland
♦ Prime minister – Jacinda Ardern 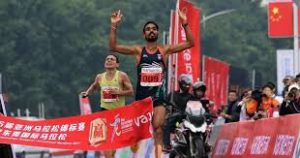 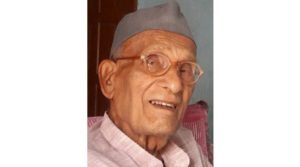 Death of Om Prakash Saraf:
i. Om Prakash Saraf was 95 years old. He has become the first person in Jammu Kashmir, who in his lifetime had decided to donate his body to the medical college. There was no cremation of his body. Instead, his body was handed over to the Government Medical College, Jammu.
ii. He is survived by two sons and two daughters. He founded Praja Socialist Party (PSP) in Jammu Kashmir and contested the first assembly election from Amirakadal assembly constituency in Srinagar in 1962 and the Lok Sabha election in Udhampur parliamentary constituency in 1977.
iii. He had been a member of the State Legislative Council in late 1970s. He was also a key founder of Janata Party in Jammu Kashmir.
Some dams in Jammu & Kashmir:
♦ Baglihar Dam – on the Chenab River
♦ Uri Dam – on the Jhelum River

Iranian Photographer Shahrokh Hatami dead at 89
On 25th November 2017, famed Iranian photo-journalist Shahrokh Hatami, died from pulmonary insufficiency, in France.
Death of Shahrokh Hatami:
i. Shahrokh Hatam was 89 years old. He he died from pulmonary insufficiency at Auxi-le-Chateau in northern France.
ii. He began his career as a journalist for an Iranian newspaper. He has covered events as diverse, from major geopolitical events such as the 1979 Iranian Revolution to the cultural phenomenon of the Beatles in Liverpool at the start of their career in 1963.
iii. He was born in Tehran in 1928. He began as a reporter for a Tehran newspaper before switching to photography in 1950.
About Tehran:
♦ Country – Iran
♦ Most populous city in Iran and Western Asia
♦ Has the second-largest metropolitan area in the Middle East
♦ Ranked 29th in the world by the population of its metropolitan area 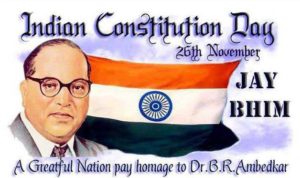