Prime Minister launches Rail Projects, conduct Parivartan Rally in Ghazipur
Prime Minister Narendra Modi, visited Ghazipur district in eastern Uttar Pradesh on November 14, 2016, to launch several rail projects.The PM landed at Lalbahadur Shastri International Airport in Varanasi, from where he moved to Ghazipur by helicopter
Important Highlights of the Visit
i. The Prime Minister flagged off a weekly ‘Shabd Bhedi’ Superfast Express train  between Ghazipur and Kolkata.
ii. The Prime Minister also inaugurated a newly-built Cargo Centre for perishable commodities at the Gazipur Ghat station.
iii. During his visit, the Prime Minister laid the foundation of a rail-road bridge over the Ganga that will connect Mau with Tadighat and also the doubling of the Ghazipur city-Ballia Rail section.

Prabhu Lays Foundation Stone Of Rajpura-Bathinda Project
Union Railways Minister Suresh Prabhakar Prabhu laid foundation stone of a railway doubling project, 16 limited height subways and dedicated the newly doubled Mansa-Bathinda rail line to the nation on November 13, 2016 in Punjab.
i. Outlay : Rs 1251.25 crore
ii.He also dedicated to the nation the new station building at Beas, new running room at Ludhiana, Food Plaza at Firozpur Station and inaugurated 5 Water Vending Machines .
iii. Mansa-Bathinda doubling is sanctioned on Delhi-Bathinda route of 297 km length.
Coal supply to thermal plants of Punjab and Rajasthan and the new thermal plant Talwandi Sabo Power Ltd (TSPL) near Saddasinghwala is mostly done through this route.
iv. This project is envisaged to provide the industry, the agriculturists, the armed forces and the rail users in general a seamless connectivity in to the hinterlands and border districts of Punjab state. 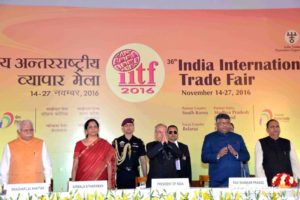 ii. The 2016 IITF has been organised by the India Trade Promotion Organisation (ITPO), under sponsorship of the Union Ministry of Commerce and Industry.
iii. The theme of this year’s IITF is ‘Digital India’.The theme highlights country’s continuous efforts to alleviate poverty by way of linking digital technologies and e-governance.
iv. South Korea is the ‘Partner Country‘ for this year’s fair, while Belarus is the Focus ‘Country’. Similarly, Madhya Pradesh and Jharkhand is the ‘Partner States’ and Haryana the ‘Focus State’.
v. The 14 day trade fair will be open for business visitors till November 18 while the general public will be allowed to visit the fair from November 19-27.
vi. About 7000 participants, including 280 companies from 24 countries, 27 states, four union territories, many government departments and agencies, and near about 1,000 rural artisans and craft persons are participating in the event.

India’s First Cherry Blossom Festival Launched In Meghalaya
i. Meghalaya Chief Minister Mukul Sangma inaugurated the four day Cherry Blossom Festival in Shillong, Meghalaya.
ii. Aim : To  attracting tourists to this hill state in autumn to witness cherry blossoms blooming at every corner of the Shillong.
iii. This tourism project was implemented by Manipur-based Institute of Bioresources, Sustainable Development (IBSD) and National Institute of Department of Biotechnology.
iv. United Nations declared 2017 is the International Year of Sustainable Tourism for Development.

Australia to introduce Hindi language in Pre-Schools from 2018
i. Australia announced an online program for its pre-schools to learn foreign languages, including Hindi from 2017.
ii. In order to teach foreign languages in Australia a program named Early Learning Languages Australia (ELLA), was launched in the 2015-16, with five languages namely Chinese (Mandarin), Japanese, Indonesian, French and Arabic. These were taught to the children using seven apps.
iii. Australia’s Minister for Education and Training Simon Birmingham, the government would extend the programme to teach Italian and Spanish in 2017 and Hindi and Modern Greek in 2018 in pre-schools. 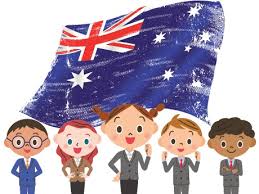 iv. $9.8 million has been spent on the program so far to teach as many as 10,000 students. Apart from this $5.9 million has been allotted to the programme for the 2017 rollout. (Total cost – $15.7 million)
Australia :
♦ Capital: Canberra
♦ Currency: Australian dollar
♦ Prime minister: Malcolm Turnbull

Exchange or deposit of old currency not allowed at Cooperative Banks: RBI
i. The Prime Minister Narendra Modi’s demonetisation scheme was effective from November 8, 2016
ii. RBI notifies that banks can allow their existing customers to withdraw money from their accounts up to Rs. 24,000 per week till November 24, 2016, but District Central Cooperative Banks (DCCBs) are refused to entertain exchange or deposit of the specified bank notes.
iii. This move will have adverse impact on farmers as a large number of them do not have accounts in any other bank. 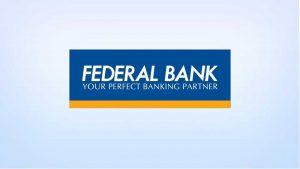 IMF approves largest-ever loan for a Middle East nation
i. The International Monetary Fund (IMF) has approved a 3 year loan program of $12 billion for Egypt, which is the largest such package in the record of Middle East nation.
ii. The loan will help Egypt to restore investor’s confidence and help revive the African nation’s economy by boosting Egypt’s foreign currency inflows, which declined since the 2011 Arab Spring uprising.
iii. Egypt will receive an immediate disbursement of $2.75 billion, IMF said.
IMF :
♦ Headquarters : Washington, D.C, US
♦ Members : 189 countries
♦ CEO : Christine Lagarde

Ralph Fiennes named best actor at 2016 London Evening Standard Theatre Awards.
i. Ralph Fiennes, A 53-year-old actor, won the best actoraward for two plays, at the 2016 London Evening Standard Theatre Awards.The ceremony, presented by Rob Brydon, was held at London’s Old Vic theatre.
ii. The actor was awarded for his performances in both “The Master Builder” and “Richard III” at a star-studded bash held at London’s Old Vic Theatre.
iii. Best Play award went to “Harry Potter and the Cursed Child” and was presented to director John Tiffany by Dame Maggie Smith. The show, a sequel to JK Rowling’s books, opened to five-star reviews.
iv. Singer-turned-actress Billie Piper, 34, was the proud recipient of the Natasha Richardson Award for Best Actress for her part in “Yerma“, by defeating Dumezweni, Helen McCrory and Sophie Melville

Bulgarian PM resigns after losing presidential election
i. The Bulgarian Prime Minister Boyko Borisov gave resignation of his cabinet after his party’s candidate Tsetska Tsacheva , failed to win the country’s presidential election on November 14, 2016.
ii. Right Citizens for European Development of Bulgaria (GERB) party candidate Tsetska Tsacheva, speaker of parliament ,  was defeated by Socialist Party-supported independent candidate Rumen Radev .
iii. According to Bulgaria’s Central Election Commission, Tsetska Tsacheva, lost the second round with 36.17 per cent of the vote to Radev, who secured 59.35 per cent with 99.3 per cent of the votes counted.
iv. Borisov, who has been Prime Minister since 2009 except for a one-and-a-half year interval, thus lived up to a promise he made during the campaign in which he said he would resign if GERB’s Tsetska Tsacheva did not win the election.
Bulgaria :
♦ Capital: Sofia
♦ Currency: Bulgarian lev

Donald Trump names Reince Priebus chief of staff, Stephen Bannon chief strategist
i. Donald Trump has named Republican National Committee Chairman Reince Priebus as chief of staff to his new administration and former Breitbart CEO Steve Bannon as chief strategist and senior counselor to the president.
ii. Presidents-elect typically name a chief of staff as one of their first and most crucial appointments because the person in this role can help determine a president’s style of governing
iii. The choice of Priebus, who has served as party chairman since 2011, shows conciliation toward the establishment of Republicans with whom Trump has often shared a strained relationship.
iv. A veteran GOP operative, Priebus is well accustomed to the capital’s corridors of power. In Priebus, Trump finds a Washington insider” — and one who stayed loyal to Trump during a frequently rocky campaign. 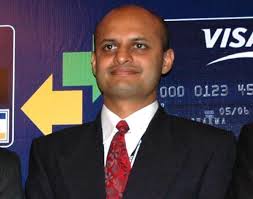 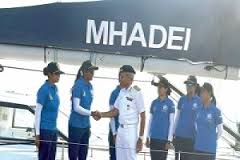 Mhadei for the ‘Cape 2 Rio Yacht Race 2017’ on November 9, 2016.
ii. The vessel was flagged off from Goa to Cape Town, South Africa by Rear Admiral Monty Khanna, Commandant Naval War College on 09 Nov 16 in a ceremony held at the Boat Pool of INS Mandovi, Goa
iii. The “Cape to Rio Race” (Cape Town to Rio de Janeiro) which will start from Cape Town on 26 Dec 16.

Helicobacter pullorum bacterium identified in chicken
i. A group of researchers from Hyderabad have identified Helicobacter pullorum bacterium in chicken that may be source of transmission of the multidrug resistance pathogen to humans.
ii. The pathogen was found in broiler and free-range chickens sold in the Indian Market, which besides being untreatable, could also cause cancer and gastrointestinal infections in humans.
iii. It is being suspected that H. pullorum is resistant wide range of antibiotics such as fluoroquinolones, cephalosporins,   sulfonamides and macrolides.

2 dead as powerful earthquake strikes New Zealand
i. A powerful earthquake hit New Zealand early morning on November 14, 2016, that triggered landslides and a small tsunami, cracked apart roads and homes, caused some damage to buildings.
ii. Two people died in the disaster while several other suffered minor injuries.
iii. According to the S. Geological Survey(USGS), the quake was centered 93 kilometers (57 miles) northeast of Christchurch, over 120 miles away in the capital, Wellington
iv. The USGS estimated the magnitude of the earthquake to be 7.8.
New Zealand :
♦ Capital: Wellington
♦ Currency: New Zealand dollar 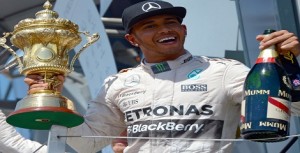 ii .This race was his ninth win of 2016  with several high-speed accidents, two stoppages and five safety cars.
iii. The victory cut the lead of his Mercedes team-mate Nico Rosberg, who finished second, to 12 points.
iv. Rosberg will secure the championship if he finishes third in Abu Dhabi on 27 November even if Hamilton wins.

UK’s First Indian-Origin Sikh Judge Dies
i. Mota Singh, an Indian-origin Sikh, who became UK’s first-ever ethnic minority judge to sit on the English Bench wearing a turban instead of a horse-hair wig, died.He was 86.
ii. Mota Singh, a Ramgarhia Sikh, was born in 1930 in Nairobi, Kenya

RSS Leader Pravin Maniar Passes Away
i. Veteran RSS leader and leading educationalist of Saurashta region Pravin Maniar passed away at Rajkot, Gujarat. He was 82.
ii. Pravin was Born on September 1, 1935,he held various key posts in Gujarat RSS, the organisation for which he dedicated over six decades of his life.
iii. He was also involved in various educational institutes including VVP Engineering college and Sarashwati Shishu Mandir

Children’s Day Celebrated on 14th November 2016
i. 14th November (birthday of Pandit Jawaharlal Nehru) is celebrated as children’s day all over the India. The Day marks the birth date of the first Indian Prime Minister, Pandit Jawaharlal Nehru.
ii. 14 year old Shubhendu Kumar Sahu, a class 7th student of Somapur Project Upper primary School in Ganjam district’s Hinjili received the National Child Awards for Exceptional Achievement from the President for his various achievements
iii. Other than Shubhendu Sahu other children to receive this National Child Awards for Exceptional Achievement, 2016, were
1.16-year old Kumari Revathi Nayka M, a paralympic swimmer, was awarded with Gold Medal for her excellence in the field of sports.
2.Nine-year-old Dev Shah, a chess player, was the youngest to be awarded for his excellence in the field of sports.
iv. The second edition of National children’s film festival (NCFF) began in Jaipur on the occasion of the children’s day.THE Theme of the second edition of NCFF is “Make in India”

World Diabetes Day is observed with the theme ‘ Eyes on Diabetes’ 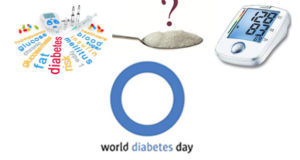 i. World Diabetes Day was observed on November 14th to raise awareness about diabetes
ii. It was launched in 1991 by the IDF and the World Health Organization (WHO) in response to the rapid rise of diabetes around the world.
iii. The theme of World Diabetes Day 2016 is Eyes on Diabetes. The year’s activities and materials will focus on promoting the importance of screening to ensure early diagnosis of type 2 diabetes and treatment to reduce the risk of serious complications.