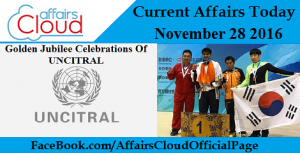 India host the golden jubilee celebrations of UNCITRAL in New Delhi
i. In celebration of the 50th anniversary of United Nations Commission on International Trade 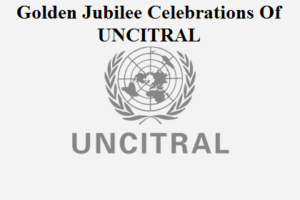 Law (UNCITRAL), UN organised the two day conference “Global Standards for Rule-based Commerce” at Vigyan Bhavan in New Delhi from November 28, 2016.
ii. Global Standards for Rule-based Commerce conference is hosted by the UNCITRAL National Coordination Committee India (UNCCI) and the UNCITRAL Regional Centre for Asia and the Pacific, with the support of the Permanent Court of Arbitration.
The conference was inaugurated by President Pranab Mukherjee then it is followed by five sessions
Session 1: Redefining Arbitrability: To Expand or Not To Expand
Session 2: 50 Years of UNCITRAL: Experience from the Asia-Pacific Region
Session 3: Tackling the Next Level: Emerging Legal Standards for Electronic Commerce across Borders
Session 4: Call for Consistency: The Future of Cross-Border Insolvency
Session 5: Innovation and Reform for Efficiency and Legitimacy in Investment Arbitration
United Nations Commission on International Trade Law (UNCITRAL)
♦ The United Nations Commission on International Trade Law (UNCITRAL) was established by the United Nations General Assembly in 1966 to promote the progressive harmonization and unification of international trade law”.
♦ Headquarters : Vienna

Taxation Laws (Second Amendment) Bill, 2016 introduced in Lok Sabha
i. In the Ongoing Winter Session Union Finance Minister ArunJaitly has introduced a bill in the LokSabha to amend the Income Tax rules levying a tax of 60 per cent on undisclosed income or unaccounted credits in the bank accounts.
ii. The amended bill introduced comes with a new ‘Pradhan Mantri Garib Kalyan Yojana, 2016’ (PMGKY) which allows people to deposit money in their accounts till April 1, 2017.
iii. Under this Scheme the declarant will be levied 50 per cent of the total amount — 30 per cent as tax, 10 per cent as penalty and 33 per cent of the taxed amount– that is 10 per cent — as Garib Kalyan Cess on the tax payable.
iv. The bill comes with additional provision that besides taxes penalty and cess which totals up to around 50%, the declarant will have to deposit 25% of undisclosed income in a deposit scheme that will be called Pradhan Mantri Garib Kalyan Deposit Scheme, 2016. The 25 % amount has to be locked up for four years in interest-free.
v. The Proposed Garib Kalyan cess will be make use of for irrigation, housing, construction of toilets, infrastructure, primary education, primary health, livelihood, etc.
vi. The amended bill text also reads that incase the undisclosed income found during search seizure cases a penalty of 30 % shall be enforced by the Income Tax Department in addition to the regular tax on the money. However the person has to provide evidence for the income that has arrived if he/ she fails to justify up to 60% penalty plus a surcharge of 25 percent of tax (15 percent), which will amount a levy of 75 percent.
vii. Besides, if the assessing officer decides he can charge a 10 percent penalty in addition to the 75 percent tax.The current provisions of penalty on under-reporting of income at 50 percent of the tax, and misreporting (200 percent of tax) will remain and no changes are being made to them

NGO starts 16-day campaign ‘Every 8 Minutes’ against child trafficking
i. Association for Promoting Social Action (APSA), a Bengaluru based NGO, has 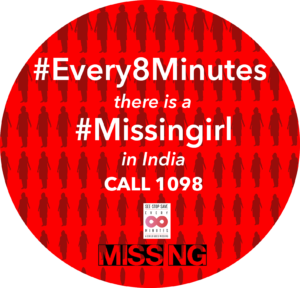 launched a 16-day campaign ‘Every8Minutes’ to create awareness against child trafficking and missing children in the city.
ii. The step was taken after a report released by National Crime Records Bureau showed that a child goes missing in India every eight minutes and 40 per cent of these children remain untraced.
iii. The NGO is spreading awareness through street plays, mimes and messages on radio channels.

Ministry of Skill Development and Entrepreneurship and Ministry of Petroleum and Natural Gas sign MoU to boost to skill initiatives in the Hydrocarbon Sector
MSDE Secretary Rohit Nandan and MoPNG Secretary K. D. Tripathi signed a  Memorandum of Understanding (MoU) to scale up skill development initiatives in the Hydrocarbon and allied sectors among other areas of cooperation.
Objectives of MoU :
i. To develop comprehensive skill development plans for existing and potential workforce in alignment with National Skills Qualification Framework (NSQF)
ii. To certify existing workforce in the hydrocarbon sector for Recognition of Prior Learning under Pradhan Mantri Kaushal Vikas Yojana (PMKVY)
iii. To promote and scale-up apprenticeship training under National Apprenticeship Promotion Scheme
iv. To facilitate the setting-up of Skill Development Institutes/Centres of Excellence for vocational training to meet sectoral needs
Key People :
♦ Minister of State for Petroleum & Natural Gas (Independent Charge): Shri Dharmendra Pradhan
♦ Minister of State for Development & Entrepreneurship(Independent Charge) : Shri Rajiv Pratap Rudy.

Swiss reject plan to speed up exit from nuclear energy
i. Swiss Parliament have rejected a plan to force their government to accelerate the 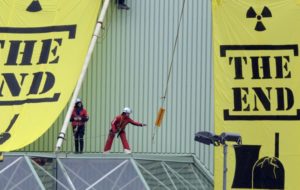 country’s exit from nuclear energy after it received a majority from swiss council of states.
ii. The plan supported by the Green party would have meant closing three of Switzerland’s five nuclear plants in 2029.
iii. The Swiss government adopted a gradualist approach toward transitioning the country to renewable energy by 2050 after the Japan’s Fukushima nuclear disaster in 2011
Switzerland :
♦ Capital : Bern
♦ Currency: Swiss franc

Delhi displaces Mumbai as India’s economic capital, claims Oxford Economics report
i. As per the latest data released by Oxford Economics, Delhi has dislodged Mumbai as the economic capital of India.
ii. The data revealed that Mumbai ranks 31st among 50 top metropolitan economic entities in 2015 whereas Delhi has moved up to grab the 30th rank in the global ranking.
iii. Mumbai Extended Urban Agglomeration (EUA), which includes Mumbai, Navi Mumbai, Thane, Vasai-Virar, Bhiwandi and Panvel, had a GDP of USD $368 (approx Rs 2.51 lakh crore).
iv. While the Delhi EUA, which includes Delhi NCR, Gurgaon, Faridabad, Noida and Ghaziabad, had a GDP at PPP of USD $370 (approx Rs 2.53 lakh crore)

RBL Bank ties up with Bajaj finance for co-branded credit cards
i. Maharashtra based  RBL Bank has tied up with non banking finance company Bajaj Finance to launch a series of co-branded credit cards for Indian customers.
ii. The credit cards are expected to launch in the fourth quarter of FY17. It will be available to both existing and new customers of the NBFC.
iii. The co-branded cards are targeted at the large segment of people in metros and non-metros who have no credit cards.
iv. With this partnership RBL Bank  to strengthen its scale of operations in the credit cards business, and also enable Bajaj Finance to expand its EMI network, especially in the consumer finance space.
RBL Bank :
♦ Headquarters: India
♦ CEO: Vishwavir Ahuja
♦Founded: August 1943

iii. The new SFB will be named as ‘Utkarsh Small Finance Bank Ltd.’ and is likely to start banking operations in early 2017.
What are small banks?
The small finance bank will primarily undertake basic banking activities of acceptance of deposits and lending to unserved and underserved sections including small business units, small and marginal farmers, micro and small industries and unorganised sector entities.

HSBC rolls out UPI solution for corporates in India
i. HSBC has rolled out ‘Unified Payments Interface‘ (UPI) solution for corporates in India. This UPI offering will provide improved collection solution to corporates, enabling them to drive sales through increased digitization of flows.
ii. Corporates adopting HSBC’s UPI offering can expect to reduce the incidence of paper and extent of cash and provide their customers with an ability to affect payments through a mobile phone anywhere. Collection cycles are expected to be faster.
iii. Besides HSBC, the only other foreign bank that has gone live with an UPI offering is Standard Chartered Bank.
HSBC :
♦ Headquarters: London, United Kingdom
♦ Founded: 1865, Birmingham, United Kingdom

Vishnu Deo Sai says New National Steel Policy in conceptual stage
The government has proposed to revisit the existing National Steel Policy, the work on which is at “conceptual stage” said by Minister of State for Steel Vishnu Deo Sai on November 28, 2016
♦ The Working Paper is prepared by Niti Aayog Member V K Saraswat and Niti Aayog professional Ripunjaya Bansal that will ensure profitability of the associated industry be it mining, pet coke, pellet or sponge iron.
The Government has taken the following steps to provide support to the domestic steel industry:
i. To ensure the quality of steel is produced and imported
ii. Govt. has notified MMDR, Amendment Act, 2015 to streamline grant of Mining Leases in order to maintain sufficient availability of raw materials for various sectors including steel sector.
iii. To provide level playing field to the domestic steel producers, Govt. has imposed Minimum Import Price (MIP) on 66 steel products.
iv. Government has imposed an Anti- Dumping Duty on imports of certain variety of hot-rolled flat products of stainless steel from China ($309 per tonne), Korea ($180 per tonne) and Malaysia ($ 316 per tonne) in 2015
v. Hiked import duty on ingots & billets, alloy steel (flat & long), stainless steel (long) and non-alloy long products, non-alloy and other alloy flat products. 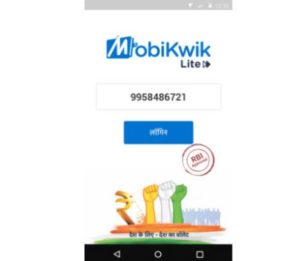 i. MobiKwik has launched mobile wallet app ‘MobiKwik Lite’, which will work on basic Internet connection.
ii. ‘MobiKwik Lite’ app available in English and Hindi, later the app will be available in all major Indian languages.
iii. This app works on EDGE connection as well, allowing users in areas with slower connections to make digital payments easily.
iv. Users can sign-up with MobiKwik Lite using their mobile number.

Gautam Kumra elected McKinsey & Company’s India managing director
i. Gautam Kumra, partner at McKinsey & Company’s New Delhi office has been appointed as the new managing director for India by the consulting firm’s Asia chief Kevin Sneader at an India partners meet held in New Delhi on November 28, 2016
ii. He will replace Noshir Kaka who recently appointed as one of the leaders of the firm’s analytics practice. 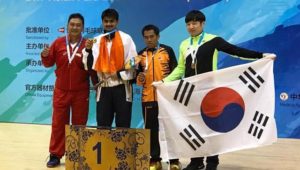 i. IAS officer Suhas LY from Uttar Pradesh cliched gold medal after defeating Indonesian player Harry Susanto in the Asian Para-Badminton Championships in Beijing, China
ii. Suhas defeated Wang Hwan Sing of Korea in the semifinals.
iii. He is posted as the Azamgarh district magistrate, got a wildcard entry to the championships and ensured his seat in the finals by winning six consecutive matches.

Argenitna win their first ever Davis cup
i. Argentina defeated Croatia to win their first ever maiden Davis Cup tennis title in Zagreb, Croatia on November 28, 2016
ii. Del Potro and Federico Delbonis are layed a remarkable play to win the title.
iii. Argentina had lost in the final of the tournament four times earlier while Croatia won the title in 2005.
Davis Cup :
♦ The Davis Cup is the premier international team event in men’s tennis. It is run by the International Tennis Federation (ITF)
♦ It is also known as ‘World Cup of Tennis’
♦ 2015 winner – Great Britain

Indian team wins silver in World Robot Olympiad
i. Out of 450 teams, team “High Voltage” from India (Gurugram) won a silver in the Regular Junior High category in the 13th World Robot Olympiad (WRO) that concluded at India Expo Mart in Greater Noida.
ii. The two-day international championship, jointly organised by National Council of Science Museums (NCSM) under the aegis of the Ministry of Culture and India STEM Foundation (ISF), was based on the theme “Rap the Scrap”.
iii. Over 2,000 students from over 50 countries showcased innovative solutions using robotics technology to reduce, manage and recycle waste. 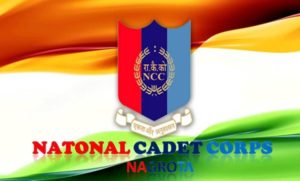 ii. The function was marked by paying homage to the martyrs at Amar Jawan Jyoti, India Gate, New Delhi. On this occasion the Defence Secretary Shri G. Mohan Kumar and Offg DG NCC Maj Gen JS Sandhu laid wreaths at Amar Jawan Jyoti.
iii. The NCC cadets participated in marches, cultural activities and social development programmes to celebrate the day. Also, the NCC along with the Ministry of Health and Family Welfare utilised this occasion to spread awareness about organ donations.