We are here for you to provide the important current affairs may 26 2017 which have unique updates of all daily events from all newspapers such as The Hindu, The Economic Times, PIB, Times of India, India Today, Indian Express, Business Standard, all Government official websites. Our complete current affairs helps you to get more marks in Banking, insurance, UPSC, SSC, CLAT, Railway and all other competitive Exams. PM Modi inaugurates India’s longest bridge Dhola-Sadiya Bridge in Assam
On May 26, 2017, Prime Minister Narendra Modi inaugurated India’s longest river bridge, the Dhola-Sadiya bridge. This bridge has been named after late legendary singer Bhupen Hazarika. Sadiya was the birth place of Bhupen Hazarika.
i. He also laid the foundation stone for an Indian Agricultural Research Institute (IARI) at Gogamukh in Dhemaji district of Assam.
ii. He announced the launch of the new scheme SAMPADA (Scheme for Agro-Marine Processing and Development of Agro-Processing Clusters)

Centre bans sale of cows for slaughter at animal markets, brings restrictions on cattle trade
As per new rules notified by the Environment Ministry, Government has banned the sale of all kinds of cattle for slaughter at animal markets across the country. This new rule has been notified under Prevention of Cruelty to Animals (PCA) Act of 1960.
i. Now onwards only farmland owners will be allowed to trade at animal markets.
ii. As per the notification, cattle comprise bulls, bullocks, cows, buffaloes, steers, heifers, calves and camels. 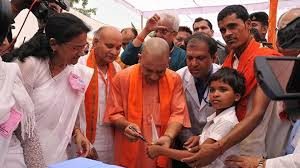 Key Highlights:
i. It has been launched to eradicate Japanese Encephalitis (JE).
ii. This anti-encephalitis drive was launched from Kushinagar district.
About Anti-encephalitis drive
i. CM Yogi also launched a toll free number to get or provide any information about encephalitis. The number is 18001805544.
ii. During a drive in the targeted districts the government has fixed the target of immunisation of above 88 lakh 55 thousand children in the age group of 1 to 15 years.
iii. The government has also involved all the voluntary and social organisations in these JE prone districts.
iv. It will be continued till 11 June 2017.

Fadnavis launch Samwad Sabha to reach out to farmers
Maharashtra Chief Minister Devendra Fadnavis has launched a ‘ShivarSamwad Sabha to reach out to farmers in the state and to address their issues.
Key Points:
i. Nearly 4,000 elected representatives of the party will participate in the campaign.
ii. Meetings will also be conducted with the farmers at various locations.
iii. It is a 4 day initiative to reduce the rising resentment among farmers across the state over delay in procurement of tur this year.
Some More Points:
♦ Governor- C.Vidyasagar Rao
♦ Chief Minister: Devendra Fadnavis (BJP) 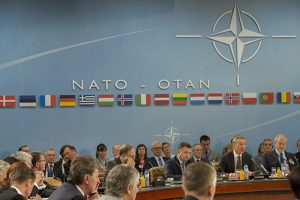 iii. The main aim is to fight against Islamist terrorism.
iv. The 2018 NATO summit will be held in Istanbul, Turkey.
About NATO:
♦ It formed on 4thApril 1949.
♦ Secretary General: Jens Stoltenberg
♦ Chairman of the NATO Military Committee: Petr Pavel

India retains world’s highest FDI recipient crown: Report
As per “fDi Report 2017”, compiled by fDi intelligence, a division of the Financial Times, India has retained its position as world’s top greenfield Foreign Direct Investment (FDI) destination for the second consecutive year. Attracting $62.3 billion FDI inflows in 2016, India remained much ahead of China and the US.
i. FDI inflows in India during 2016 increased by 2% to USD 62.3 billion, deployed across 809 projects.
ii. In 2016, global FDI flows gravitated to destinations experiencing the strongest economic growth, whereas destinations going through recession/ slow down saw major decline in FDI inflows. 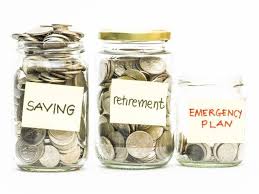 iv. World Economic Forum has also predict the world’s six largest pension saving systems the US, UK, Japan, Netherlands, Canada and Australia are expected to reach a $224 trillion gap by 2050.
v. The savings gap will grow fastest in China and India at growth rates of 7 per cent and 10 per cent respectively.
vi. The combined savings gap for the eight countries including china reaches a total of $400 trillion by 2050 a sum five times the size of the current global economy.
vii. The report was prepared by the World Economic Forum in collaboration with Mercer, a global consulting leader across health, wealth and careers.
About WEF
♦ Formed: 1971
♦ Headquarters: Cologny, Switzerland
♦ Executive Chairman: Klaus Schwab

EDII and ITC bags Porter Prize 2017
Entrepreneurship Development Institute of India (EDII), Gujarat and ITC Ltd has won the Porter Prize 2017.
Key Points:
i. ITC has received the prize for Excellence in Corporate Governance and Integration and for 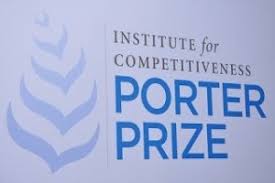 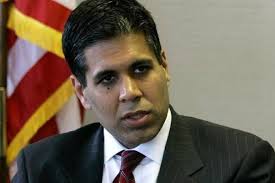 iii. After Senate’s approval Thapar has become President Trump’s second judicial nominee to get confirmed.
iv. Thapar was confirmed by senate by a 52-44 vote.
About Amul Thapar
♦ Amul Thapar studies law at University of California, Berkeley.
♦ In 2008, he was appointed to the US District Court of Kentucky by former President George W. Bush.

Former DGP of Punjab KPS Gill passes away at 82 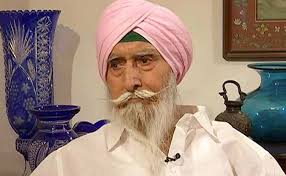 Former Punjab Director General of Police Kanwar Pal Singh Gill has died on 26th of May, 2017
Key Points:
i. KPS Gill was 82 years.
ii. He died at Sir Ganga Ram Hospital in Delhi at 2:55 PM due to cardiac arrhythmia.
iii. He received a Padma Shri award in 1989 for his work in the civil service.

President of India receive books ‘Mann Ki Baat: A Social Revolution on Radio’ and ‘Marching with a Billion – Analysing Narendra Modi’s Government at Midterm’
PM Mann Ki Baat’ is a unique initiative of Shri Narendra Modi to reach towards masses across the country through the Radio. PM Modi’s Mann Ki Baat programme was first started on 3rd October 2014.
Key Points:
i .President Pranab Mukherjee has received the first copy of two books ‘Mann Ki Baat-A Social Revolution on Radio’
ii. ‘Marching with a Billion-Analysing Narendra Modi’s Government at Rashtrapati Bhavan in New Delhi.
iii. Marching with a Billion- Analysing Narendra Modi’s Government at Mid-term written by  UdayMahurkar a journalist.
iv. The books have been released by the Speaker of Lok Sabha, Sumitra Mahajanat a function in Rashtrapati Bhavan.
v. The books subsume a comprehensive, qualitative and academic analysis of programme – the themes, the choice of topics, the salient features.
vi. It will describe how this programme has connected with the New India – the youth in particular.