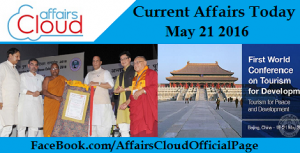 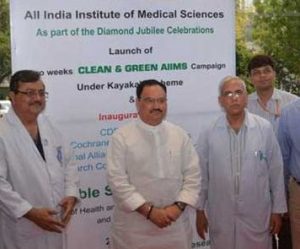 i. Union Health Minister, J P Nadda launches ‘Kayakalp Fortnight’ at AIIMS, New Delhi in order to set protocols for hygiene and sanitation at government health facilities.
ii. ‘Kayakalp Fortnight’will be observed throughout the country in various central government hospitals from 20th May to 3rd June, 2016.
Objectives of Kayakalp:
♦ standards and protocols have been put in place for upkeep of services within and outside the buildings.
♦ support services such as laundry and food are provided at various locations.
waste management and infection control measures are taken.
♦ Committees and sub-committees are formed to periodically review and monitor the progress.

First metro line to the sea opens in Los Angeles
i. The 6.6-mile Expo Line extension from Los Angeles to Santa Monica marks the return of commuter train service to the sea for the first time since 1950’s
ii. This 1.5 billion line to be one of the metro system’s most popular, far exceeding the expected passenger count of 30,000 per day.
iii. It will save the time of the people who are spending too much time in their cars.
iv. According to the data company Inrix, Los Angeles has the worst traffic in the country, with drivers wasting an average 81 hours idling in their cars in 2015. 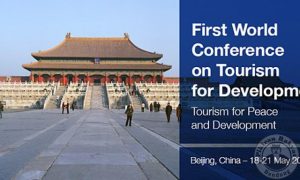 Venue: Beijing, China
Inauguration By: Taleb Rifai, Secretary General of the UN World Tourism Organization
Participants: about 1000
Held from 18 to 21 May 2016
Theme: “Tourism for Peace and Development”
Organized by: UNWTO and the Government of China
Sessions:
i.  Sustainable Development Group – Integrated approach to tourism development
ii. Tourism for Poverty Reduction – Governments, the international community, the private sector and academia can collaborate to enhance tourism’s contribution to poverty reduction
iii. Tourism for peace- focused on the links between tourism and the building blocks of peace

Apollo Health & Lifestyle to raise $135 million from IFC
i. Chennai-based Apollo Hospitals arm Apollo Health and Lifestyle is planning to raise $135 million from World Bank arm International Finance Corporation (IFC).This includes equity investment of around $68 million.
ii. IFC includes around $34 million for its own account and around $34 million for IFC’s Asset Management Company.
iii. This funding expansion is used  to open approximately 1,100 new centers and to cover the losses that will continue to accrue until the centers reach maturity.
iv. The project is located in several cities throughout south and east India.
IFC:
♦ The International Finance Corporation is an international financial institution that offers investment, advisory, and asset management services to encourage private sector development in developing countries.
♦ HQ : Washington, D.C., United States
♦ CEO: Philippe Le Houérou

Lhakpa becomes first woman to climb Everest seventh time
i. Lhakpa Sherpa,US-based Nepali climbed Mount Everest for the seventh time , breaking her own record for the most summits of the world’s highest mountain by any woman.
ii. She works in a 7-Eleven shop in Connecticut in the US
iii. Two Sherpa climbers share between them the record of 21 ascents of Everest, the most number of climbs by men. 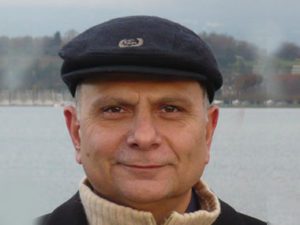 Cairn India MD and CEO Mayank Ashar resigns
i. The petroleum exploration arm of London-listed Vedanta Resources Cairn India’s managing director (MD) and chief executive officer (CEO) Mayank Ashar has resigned from his post.
ii. He will be replaced by the company’s Chief Financial Officer (CFO) Sudhir Mathur as the interim CEO.
About Cairn India :
♦ Cairn India is an oil and gas exploration and production company, headquartered in Gurgaon, India
♦ It is a subsidiary of Vedanta Resources.
♦ It was founded in 2007.

Cyclonic storm ROANU hits eastern coast of India  & India sends ships with relief material to cyclone-hit Lanka
i. An active cyclonic Storm Roanu in the Bay of Bengal has hit the eastern coast of India.
ii. It is the first tropical cyclone of the annual cyclone season.
iii. Due to the tropical cyclone Roanu, 43 people have been killed and 133 were missing following massive landslides and floods in the Kegalle region of Sri Lanka.
iv. India sends two ships Naval Off Shore Patrol (NOPV) INS Sunayna and one survey vessel INS Sutlej with 30-40 tonnes of relief material, which includes inflatable rafts, fresh water, medical supplies, clothing and other provisions necessary for disaster relief operations to cyclone-hit Sri Lanka. 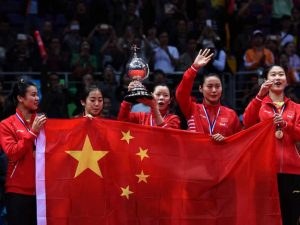 i. China beat South Korea 3-1 on Saturday to win the Uber Cup badminton final.
ii. Tang Yuanting and Chen Qingchen beat Chang Ye-na and Lee So-hee 21-14, 21-16 in doubles to give the hosts an insurmountable 3-1 lead
iii. Indian women’s team settled for a bronze medal after suffering a 0-3 defeat at the hands of defending champions China in the semifinals of the Uber Cup badminton championship, at Kunshan in China.

Anti-Terrorism Day Observed across India on 21 May 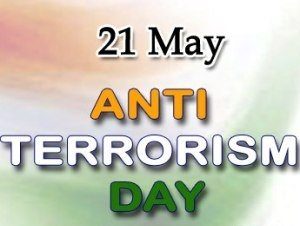 i. Anti-Terrorism Day observed Across India on 21 May 2016. The day is celebrated as 25th Death Anniversary of former Prime Minister of India Rajiv Gandhi.The day is marked by a pledge taking ceremony among other activities.
ii. The Day is observed to generate awareness in the country among all sections of people, about the danger of terrorism and violence and its effect on the people, society and the country as a whole.