We are here for you to provide the important current affairs March 8 2018 which have unique updates of all daily events from all newspapers such as The Hindu, The Economic Times, PIB, Times of India, India Today, Indian Express, Business Standard, all Government official websites. Our complete current affairs helps you to get more marks in Banking, insurance, UPSC, SSC, CLAT, Railway and all other competitive Exams. Cabinet Approvals on March 7, 2018
The Union Cabinet has approved the Arbitration and Conciliation (Amendment) Bill, 2018 for introduction in the Parliament. The Amendments in the Act of 1996 will help in improving institutional arbitration and establish Alternative Dispute Resolution (ADR) mechanism in India.
i. The Union Cabinet has approved to release an additional instalment of Dearness Allowance (DA) to Central Government employees and Dearness Relief (DR) to pensioners with effect from 01.01.2018 corresponding an increase of 2% over the existing rate of 5% of the Basic Pay/Pension, to compensate for price rise.
ii. Cabinet approves Recommendations of Inter-Ministerial Group on Stressed Assets in Telecom Sector
iii. Cabinet approves continuation of Swatantra Sainik Samman Yojana (SSSY) during 2017-2020
iv. Cabinet approves a Memorandum of Cooperation between India and France in the field of environment
v. The Cabinet Committee on Economic Affairs has approved for promotion of Agricultural Mechanization for in-situ Management of Crop Residue in Punjab, Haryana, Uttar Pradesh and NCT of Delhi………………………………………….Click here to Read more

Suvidha:
i. The ‘Suvidha’ napkin is launched under the Pradhan Mantri Bhartiya Janaushadhi Pariyojana (PMBJP). They will be available at allJanaushadhi Kendras in India by 28th May 2018 (World Menstrual Hygiene Day).
ii. The ‘Suvidha’ pads will be offered for Rs. 2.50 per pad. They can be availed at more than 3200 Janaushadhi Kendras.
iii. This has been introduced to ensure ‘Swachhta, Swasthya and Suvidha’ for the underprivileged women of India. This initiative has been taken by the Department of Pharmaceuticals.
iv. Mansukh Lal Mandaviya, Minister of State for Chemicals & Fertilizers, Road Transport & Highways, Shipping, said that, a special substance is incorporated in the Suvidha napkin. It makes the napkin biodegradable when it reacts with oxygen after it is used and disposed.
About Pradhan Mantri Bhartiya Janaushadhi Pariyojana (PMBJP):
♦ Launched by – Department of Pharmaceuticals
♦ Purpose – to provide quality medicines at affordable prices to the masses through special kendra’s known as Pradhan Mantri Bhartiya Jan Aushadhi Kendra

Ministry of Power launches National E-Mobility Programme in India
On 7th March 2018, R K Singh, Union Minister of State (IC) Power and New & Renewable Energy, launched the National E-Mobility Programme in India.
National E-Mobility Programme:
i. The National E-Mobility Programme has been introduced to improve the e-mobility ecosystem that comprises vehicle manufacturers, charging infrastructure companies, fleet operators, service providers, etc.
ii. Energy Efficiency Services Limited (EESL) will implement the National E-Mobility Programme.
iii. EESL will procure electric vehicles in huge numbers. The electric vehicles will replace the existing petrol and diesel vehicles.
iv. EESL had procured 10,000 e-vehicles in 2017. Soon it will release a new tender for 10,000 more e-vehicles.
v. India would save more than 5 crore litres of fuel annually through these e-vehicles. This would result in reduction of more than 5.6 lakh tonnes of annual CO2 emission.
vi. For an electric car, the per kilometer cost is only 85 paisa. Whereas, it is Rs 6.5 for normal cars. This will help to reduce petroleum imports.
vii. R K Singh said that, India aims to develop with the motto – “Healthier world, healthier country”, and the long term goal to leave behind a better world.
About EESL (Energy Efficiency Services Limited):
♦ Purpose – works towards mainstreaming energy efficiency and is implementing the world’s largest energy efficiency portfolio in India
♦ Functions under – Ministry of Power

Mumbai ranks 16th most expensive city in the world
Mumbai has ranked 16th in the top 20 costliest cities in the world list, as per the Knight Frank Wealth Report 2018. 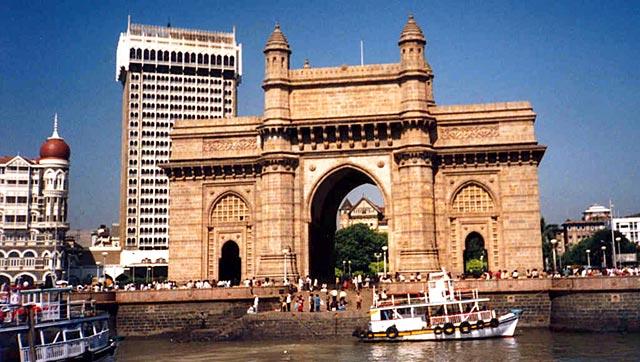 Mumbai ranks 16th most expensive city in the world:
i. This index was developed based on four major indicators namely wealth, investments, lifestyle and future.
ii. Monaco has secured the first position among the top 20 costliest cities in the world. It is followed by Hong Kong in the second position.
iii. Third place is occupied by New York City and fourth place is bagged by London.
iv. The rise of Mumbai in this ranking is supported by the fast pace wealth creation in India.
About Knight Frank:
♦ Headquarters – London
♦ Established – 1896

Airbus signs up Indian start-ups in new push for ‘Make in India’
On 8th March 2018, Neewee and EFLIGHT, two start-ups accelerated at Airbus Bizlab India, inked their first contracts with Airbus and subsidiary NAVBLUE to implement their unique innovative ideas in aerospace.

Airbus signs up Indian start-ups in new push for ‘Make in India’:
i. Neewee and EFLIGHT are start-ups based in Bengaluru. They were selected through second season of the Airbus Bizlab technology acceleration programme.
ii. These start-ups developed solutions under the mentorship of senior Airbus professionals, that can be improvised to meet the needs of Airbus and the aerospace industry.
iii.Neewee has come up with a solution called procuSense. This will improve certainty to manufacturing, supply chain and procurement operations at Airbus.
iv. EFLIGHT has developed a trip support solution that provides a set of services that enables business jet pilots to optimise plans for fuel, time, route and weather.
v. These initiatives are in line with the government’s ‘Make in India’ and ‘Startup India’ initiatives.
About Airbus BizLab:
♦ Head of Airbus BizLab – Bruno Gutierres
♦ Airbus BizLab Leader (India) – Siddharth Balachandran i. Gupta was appointment to the flagship programme to give children and young people direct structured experience of industry while still at school or college.
ii. The Industrial Cadets programme, which currently involves more than 15,000 youngsters across the UK, was set up at the behest of the Prince of Wales seven years ago after he visited steel plants at Teesside in north-east England.

Architect Balkrishna Vithaldas Doshi becomes the first Indian to win Pritzker Prize
Architect Balkrishna Vithaldas Doshi has been named the 2018 winner of architecture’s highest honour – the Pritzker Prize. He is the first Indian and the 45th laureate to receive the award. The award ceremony will take place at the Aga Khan Museum in Toronto this May.
i. Tom Pritzker, chairman of the Hyatt Foundation that sponsors the award made the ammouncement in Chicago, selecting Doshi as the 2018 Pritzker Architecture Prize Laureate. It is the most prestigious award in the field of architecture.
ii. His designs include the IIM-Bangalore; Centre for Environmental Planning and Technology, Ahmedabad; cultural spaces in Ahmedabad such as Tagore Memorial Hall, the Institute of Indology, and Premabhai Hall; among many others.

ITBP appoints Prakriti as first woman officer in combat role
Prakriti has become the first woman to be directly inducted as combat officer into the ITBP (Indo-Tibetan Border Police). Prakriti – first woman officer in combat role in ITBP:
i. Prakriti is 25 years old. She has a bachelor’s degree in electrical engineering. She had cleared the UPSC exam for officers’ recruitment in CAPFs (Central Armed Police Forces) in her first attempt.
ii. She is now based in an ITBP unit in Pithoragarh, Uttarakhand. Soon she will join the Officers’ Training Academy of ITBP in Dehradun.
iii. ITBP has women in combat roles already. But they are present in constable ranks only. Prakriti is the first woman officer in combat role in ITBP.
iv. In 2016, the government permitted the CAPFs to induct women officers in combat roles. ITBP is one of the five CAPFs.
About ITBP (Indo-Tibetan Border Police):
♦ Formed – 1962
♦ Director General – R K Pachnanda

i. Published in the journal Physical Review Letters, the work comes from the Vienna University of Technology (TU Wien) in Austria, Harvard University in Massachusetts, and Rice University in Texas.
ii. “Rydberg polarons” basically involves making use of the space between the electron and the nucleus inside an atom, enough to fit other atoms inside.
iii. The goal was to hit it in precisely the right way to boost one or more of its electrons into an orbital far from the nucleus, creating an excited state called a Rydberg atom.

Veteran broadcaster Shivaji Dasgupta dead
Shivaji Dasgupta, a doyen of Indian broadcasting, breathed his last recently in the city after prolonged illness. He was 71.He passed away on February 26, but his death came to light only on Tuesday.
i. A chartered accountant by profession, Dasgupta retired from Numaligarh Refinery Ltd as General Manager (Finance).
ii. He became the first Indian commentator to cover a football match from abroad when he commentated on India’s matches in AFC Asian Cup Finals from Singapore in 1984.
iii. In 2012, East Bengal Club honoured him with the Lifetime Achievement Award in broadcasting on the occasion of their Foundation Day on August 1.

World Kidney Day – March 8 2018
World Kidney Day is celebrated annually throughout the world on the second Thursday of March. This year it met with the International Women’s Day and falls on March 8. World Kidney Day is a global awareness campaign aimed at raising awareness of the importance of our kidneys and how it’s related to our overall health. 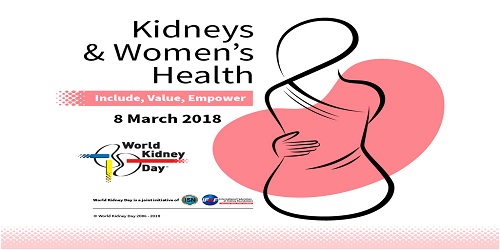 i. The objective of the day is to not just spread awareness about kidney diseases and its cure, but also spread how kidney diseases can be prevented.
ii. The theme of World Kidney Day 2018 is “Kidneys And Women’s Health: Include, Value, Empower”.
iii. The celebration was initiated by the joint committee of “International Society of Nephrology and International Federation of Kidney Foundations” and was first observed by 66 countries in 2006.