We are here for you to provide the important Current Affairs December 31 2018, which have unique updates of all daily events from all newspapers such as The Hindu, The Economic Times, PIB, Times of India, PTI, Indian Express, Business Standard and all Government official websites. 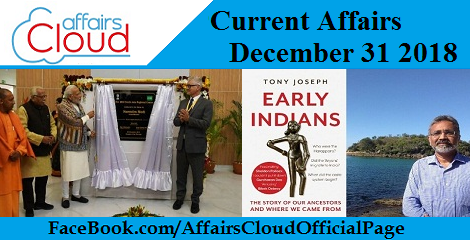 Proposals of several states approved for implementation of Mahila Police Volunteer Scheme
On 28th December 2018, the Ministry of Women and Child Development in collaboration with the Ministry of Home Affairs has approved the proposals of Andhra Pradesh, Gujarat, Mizoram, Chhattisgarh,Karnataka and Madhya Pradesh for implementation of Mahila Police Volunteer Scheme (MPVs).
Key Points:
i. The scheme envisages the engagement of Mahila Police Volunteers (MPVs) as a link between police and community and help women in distress with one MPV engaged per Gram Panchayat across the country.
ii. Under the scheme, the Mahila Police volunteer is required to mobilize community to form Mahila and Shishu Rakshak Dals (MASRD) to act as community watch groups.
iii. The MPV would be given a monthly honorarium of Rs 1,000.They should be atleast 21 years old and qualify 12th Class.
iv. The first state to adopt the initiative was Haryana in which the scheme was started at Karnal and Mahindergarh District on a pilot basis under Nirbhaya Fund during the financial year 2016-2017.
v. The MPV are selected through a laid out procedure from among the empowered, responsible, socially aware women who will facilitate police outreach on gender concerns and the guidelines for operationalizing of MPVs were finalized in consultation with Bureau of Police Research and Development (BPR&D).
About Ministry of Women and Child Development:
♦ Minister: Maneka Sanjay Gandhi
♦ Minister of State: Dr. Virendra Kumar
About Ministry of Home Affairs:
♦ Minister: Rajnath Singh
♦ Minister of State: Hansraj Gangaram Ahir, Kiren Rijiju

Provision coverage ratio of PSU banks on the rise, crosses 66%
The financial Services Secretary, Rajiv Kumar said that the Provision Coverage Ratio (PCR) of Public sector bank has gone up from 46.04 per cent as of March 2015 to 66.85 per cent as of September 2018, reflecting improvement in their financial health.
Key Points:
i. The provision coverage ratio (PCR) gives an indication of the provision made against bad loans from the profit generated. Higher the PCR, lower is the unexposed part of the bad debts.
ii. He also said that Gross non-performing assets (NPAs) of public sector banks (PSBs) have declined by Rs 23,860 crore in the first half of the current financial year from a peak of Rs 9.62 lakh crore in March 2018.
iii. The consistent rise in PCR also indicates the adoption of discipline for making adequate provisions for NPAs besides giving banks cushion to absorb losses.
iv. The decrease in PCR has been achieved while being compliant with capital requirement norms.
About Ministry of Finance:
♦ Minister: Arun Jaitley
♦ Minister of State: Shiv Pratap Shukla, Pon Radhakrishnan
♦ Finance Secretary: Ajay Narayan Jha 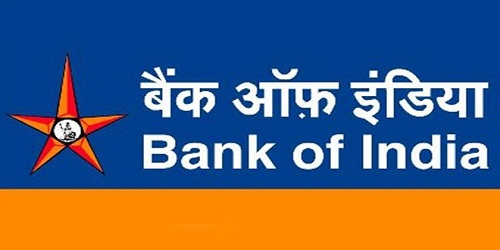 Key Points:
i. The capital infusion in the Bank of India’s equity will be done by way of preferential allotment of shares.
ii. The government has decided to pump Rs 28,615 crore into seven public sector banks (PSBs) through recapitalisation bonds in order to enhance the lending capacity of PSBs and help them come out of the Reserve Bank of India’s Prompt Corrective Action (PCA) framework.
iii. Currently there are 11 PSBs under the Prompt Corrective Action (PCA) framework that restricts them from lending to high credit risk categories, in turn preventing the growth of their loan books.
iv. Earlier the government had announced an infusion of Rs 65,000 crore in PSBs in 2018-19, of which Rs 23,000 crore has already been disbursed, while Rs 42,000 crore is remaining.
v. Besides this the government would put an additional Rs 41,000 crore in PSBs over and above what was announced earlier and on December 20, the government sought Parliament’s approval for infusion of an additional Rs 41,000 crore.
About Bank of India
Headquarters: Mumbai, Maharashtra
MD & CEO : Dinbandhu Mohapatra
Tagline : Relationship beyond Banking

Banks recovered Rs 40,400 crore from defaulters in 2017-18; IBC and SARFAESI Act had positive effects: RBI report
On December 28, 2018,according to RBI report titled ‘Report on Trend and Progress of Banking in India 2017-18’, banks have recovered stressed assets helped by the Insolvency and Bankruptcy Code (IBC) and amendments in the Securitisation and Reconstruction of Financial Assets and Enforcement of Securities Interests (SARFAESI) Act. 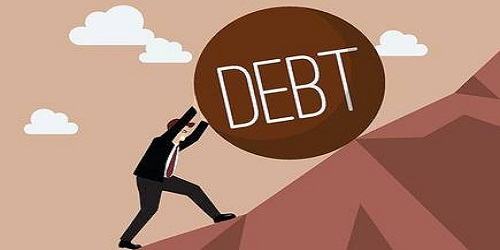 Highlights of the report:
i. In the fiscal ended March 2018, banks recovered Rs 40,400 crore worth of bad loans as against Rs 38,500 crore recovered in FY17.
ii. The recovery was possible through various channels of:
Insolvency and Bankruptcy Code (IBC), SARFAESI Act, debt recovery tribunals (DRTs) and Lok Adalats.
iii. The breakdown of the recovery via these channels are as follows:

iv. The most recovery was by the amended SARFAESI Act, which states that:
A provision of three months’ imprisonment will be imposed in case the borrower does not provide asset details and the lender would get possession of the mortgaged property within 30 days.
v. The average recovery through IBC is greater than other mechanisms (SARFAESI, DRTs and Lok Adalats).
vi. Besides this, banks are also cleaning up theirs balance sheets through sale of doubtful/ loss assets to assets reconstruction companies (ARCs)and other banks/NBFCs/financial institutions, which is why during 2017-18, the acquisition cost of ARCs has increased.
vii. The performance of state co-operative banks (StCBs) in terms of NPA ratios and profitability continued to improve whereas the performance of district central co-operative banks (DCCBs) deteriorated.
viii. For urban co-operative banks (UCBs), the balance sheet slowed at first but over all asset quality improved. The eligible UCBs are now allowed to transit to small finance banks (SFBs), enabling them to carry out a wider range of activities.
ix. The balance sheets of NBFCs, especially that of companies that provide loan finance (NBFCs-Loan Companies), have been increasing due to relative decline in their cost of lending and decreased credit growth of scheduled commercial banks (SCBs) in last 3 years.
x. However following states the challenges yet to be resolved:

For more information: Click Here
Background:
♦ As per RBI data by the end of March 2018, bad loans held by India’s banks rose to 10.36 trillion rupees ($150.21 billion) with state-backed lenders accounting for more than 86 percent of the total non-performing loans.
♦ Twenty-one banks majority owned by the Indian government had gross non-performing loans of 8.96 trillion rupees.

Indian-American teenager Mahum Siddiqi wins Cornell University hackathon
A 17-year old Indian-American teenager, Mahum Siddiqi has won the inaugural “Digital Transformation Hackathon” at Cornell University, New York (USA) for designing a device which can detect the actual level of pain of a patient during a diagnosis.
i. The Device uses the neurological activity occurring in one’s brain to help doctors determine the patient’s pain level effectively and efficiently.
ii. Mahum Siddiqi, a class 12 student at Vestal High School is the only non-graduate student competing at the hackathon. Key Points:
i. The stamps which are of Rs 5.00 denomination and have the background picture of Sun Temple, Konark, recognizes the acts of valour by khaki-clad personnel.
ii. “Ashok Chakra”, which is India’s highest peacetime gallantry medal with 84 awardees till date is equivalent to “Param-Veer Chakra“.
iii. Most of the “Ashok Chakra” medallists are defence personnel and few civilian. Out of this, only 10 are police personnel.
iv. The list of 10 police personnel named in postage stamp is as follows: 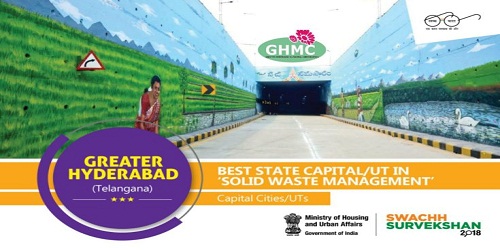 i. It also ranked 27th in the list of 4041 cities in the Swachh Surveksahan Rankings.
ii. This edition of the survey was conducted by a third-party agency, Karvy Group appointed by MoHUA.
About ‘Swachh Survekshan’:
♦ ‘Swachh Survekshan’, a survey conducted to rank the cities on various sanitation and cleanliness parameters – was launched by the Ministry of Housing and Urban Affairs (MoHUA) under Swachh Bharat Mission (Urban) in January 2016, with the intention of enthusing cities with a spirit of healthy competition towards the concept of ‘Swachhata’.
♦ This survey will be conducted every year in the month of January between January 4 to 31 in 4379 Urban Local Bodies.

“Heat stress scale”-Australian Open develops new extreme heat policy
On 29th December 2018, Tennis Australia announced that a new “Heat Stress Scale” has been developed which takes into account air temperature, radiant heat, humidity and wind speed. The action was taken after complaints from players regarding the health and safety risks under the extreme heat of Melbourne, Australia.
Key Points
i. The new “Heat Stress Scale” will be used in during the Australian Open which will be held from 14th January 2019 to 27th January 2019 at Melbourne, Australia.
ii. The scale ranges from one to five and the play will be suspended if the heat stress scale reading is 5.0 or above.
iii. A 10 minute break between the third and fourth set will also be given in men’s singles matches whenever the Heat Scale reading is 5 or more than 5.
iv. The use of wet bulb globe temperature reading will be scrapped after the introduction of “Heat Stress Scale” which is developed after conducting a research with thermal experts at the University of Sydney.
About Australia
♦ Capital: Canberra
♦ Currency: Australian dollar (AUD)
♦ Prime Minister: Scott Morrison 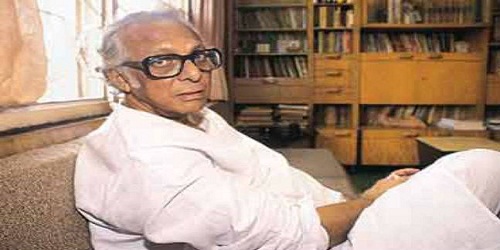 i. He was a National Award-winning director and recipient of Padma Bhusan award.
ii. He has also been conferred with Dadasaheb Phalke Award in 2003.
iii. He was a contemporary to famous directors like Satyajit Ray and Ritwik Ghatak.
iv. Mrinal Sen made his first feature film, Raat Bhore, in 1955. 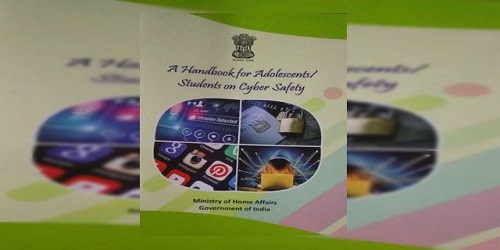 i. The booklet aims to create awareness among citizens especially students about cyber threats and provides details about the various safeguards that can be adopted by the children in order to protect themselves from cyber grooming.
ii. The booklet also deals with the problem of cyber bullying, identity theft, cyber grooming, email fraud & job fraud and guides the citizens about the various safeguards to avoid such threats. 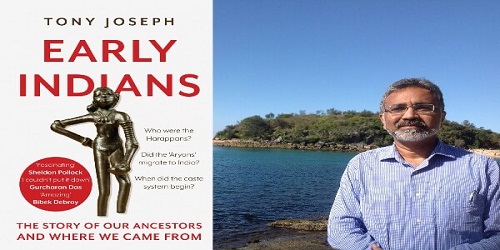 i. It talks about the migration of the First Indians also known as ‘Aryans’ who arrived here 65,000 years ago.