We are here for you to provide the important current affairs March 5 2018 which have unique updates of all daily events from all newspapers such as The Hindu, The Economic Times, PIB, Times of India, India Today, Indian Express, Business Standard, all Government official websites. Our complete current affairs helps you to get more marks in Banking, insurance, UPSC, SSC, CLAT, Railway and all other competitive Exams. 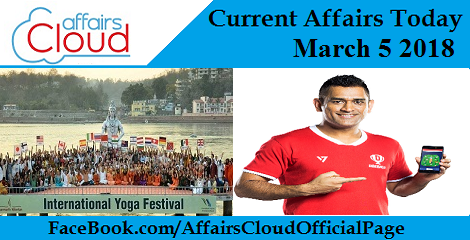 More information about FICCI FRAMES 2018:
i. 2018 edition of FICCI Frames, the Federation of Indian Chambers of Commerce and Industry’s (FICCI’s) annual convention on the film and entertainment market is a three-day global convention covering the entire gamut of Media and Entertainment Industry viz. films, broadcasts (TV & Radio), Print Media etc.
ii. Nearly 2000 Indian and 800 foreign delegates from Media and Entertainment sector will be attending this event.
iii. 35 knowledge sessions will be conducted during the course of this event and 200 high profile speakers from across the world will share their views.
Quick Facts about Federation of Indian Chambers of Commerce and Industry (FICCI):
♦ Formation Year: 1927
♦ Headquarters: New Delhi
♦ Organisation Type: Non-Government Trade Association 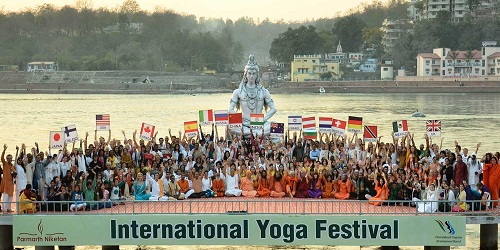 Highlights of 29th International Yoga Festival:
i. However, 29th International Yoga Festival was officially inaugurated by Vice President, Venkaiah Naidu on March 3, 2018.
ii. The International Yoga Festival has been organised by Parmarth Niketan Ashram in association with Union Ministry of AYUSH, Uttarakhand Tourism Development Board and Garhwal Mandal Vikas Nigam Ltd.
iii. In addition to daily yoga classes, 200 sessions on topics such as Ashtanga yoga, Bhakti yoga, Kundalini yoga and Ganga yoga will be conducted during the course of this event.
iv. More than 80 saints, yogacharyas, presenters and experts from nearly 20 countries will take part in these sessions.
v. Over 1500 yoga practitioners from 94 countries have gathered in Rishikesh for this week-long festival. 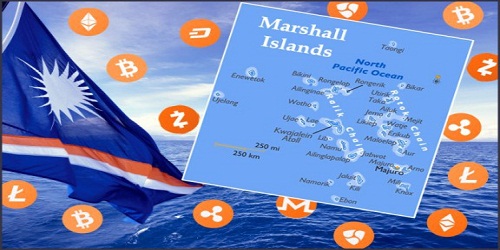 Marshall Islands – 1st country to launch own cryptocurrency as legal tender:
i. This cryptocurrency is named SOV. Its legal tender status has been approved by the parliament of Marshall Islands.
ii. It has been said that, the SOV will be issued to the public through an initial coin offering.  Marshall Islands has limited the SOV supply at 24 million tokens to prevent inflation.
iii. SOV will function like regular money. Marshall Islands has tied up with Neema, an Israeli financial technology startup, for issuing SOV.
iv. The launch date of SOV has not yet been decided. SOV functions on “Yakwe framework”. This system mandates users to identify themselves on the blockchain. This will eliminate the anonymity problem that affected bitcoin.
About Marshall Islands:
♦ President – Hilda Heine
♦ Official languages – Marshallese, English

HDFC, Happay partner to help firms manage T&E expenses
HDFC Bank and Happay, a business expense management solution provider, have entered in to a collaboration to introduce a new prepaid card-linked Travel and Entertainment (T&E) expense management solution which will help Indian firms to efficiently manage their business travel expenditure.
Details about HDFC Bank – Happay collaboration:
i. Through Happay-HDFC Bank prepaid cards and Happay mobile app, employees of the companies will be able to seek trip advances, get trip itineraries pre-approved by management, do trip bookings and even file trip expenses digitally.
ii. This solution will be equally useful from Company’s management, as it will help to manage employee cards online – from loading and withdrawing funds from cards, activating and deactivating cards, setting card limits and view travel spend analytics.
iii. This solution holds special significance in context of a report published by Forrester Research (an American market research company) which highlighted that Indian business travel is on the rise and T&E expense still remains the second most difficult operating expense to control in an organisation.
Quick Facts about HDFC Bank:
♦ Founded in – 1994
♦ Headquarters – Mumbai, Maharashtra
♦ Current MD – Aditya Puri
♦ Tagline – ‘We Undertand Your World’ 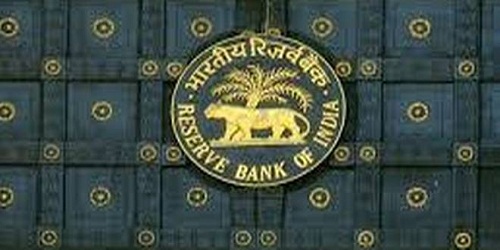 Citibank India launches home loans linked to T-Bill
On 5th March 2018, Citibank introduced a new variable interest rate mortgage product that will be linked to the 90-day Treasury bills and will change every quarter. 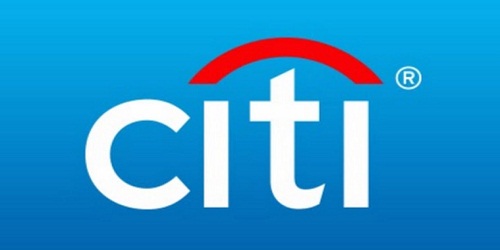 Citibank India launches home loans linked to T-Bill:
i. Citibank will charge a spread above the 90-day Treasury bill rate based on the borrower profile. Changes will be made in the rates once in every quarter on March 1, June 1, September 1 and December 1.
ii. Citibank will take the t-bill rate on 12th of February, May, August and November from Financial Benchmarks India Pvt Ltd to fix the benchmark rate.The T-Bill-linked home loan is based on the 3-month T-Bill rates published on the 12th of each month by Financial Benchmarks India Pvt Ltd (FBIL)
iii. Citibank has chosen 90 day treasury bills since it provides better accuracy on local rates. Also, resetting the rates every quarter, makes sure that, the rates are in line with market reality.
About Citibank:
♦ Headquarters – New York City
♦ CEO – Michael Corbat
♦ Country treasurer for India – Badri Nivas i. Mahendra Singh Dhoni will be the new face of Dream11’s multi-channel marketing campaigns and brand engagement activities.
ii. Dream11 has a user base of 2 crore players currently. Its main products are related to cricket, football, kabaddi and basketball.
About Dream11:
♦ CEO – Harsh Jain
♦ Corporate Office – Mumbai Viswanathan Anand wins Rapid event at 11th Tal Memorial Chess:
i. Viswanathan Anand completed the rapid event with 6 points and emerged as the winner. Shakhriyar Mamedyarov finished second with 5 points.
iiIt was a 10-player event. It was played as a single round-robin competition. Players should make all of their moves in 25 minutes.
About 11th Tal Memorial Chess:
♦ Dates – 2nd to 4th March 2018
♦ Venue – Museum of Russian Impressionists, Moscow

Noted Disability rights activist Javed Abidi passes away
On 4th March 2018, Javed Abidi, a disability rights activist, died due to chest infection.
Death of Javed Abidi:
i. Javed Abidi was 53 years old. He was the Director of the National Centre for Promotion of Employment for Disabled People (NCPEDP).
ii. He also held the position of Global Chair of Disabled People International (DPI).
iii. He was born in Aligarh, Uttar Pradesh. He had worked for the welfare for disabled people. He had lead protests that urged the passing of the Persons with Disabilities Act in 1992.
About National Centre for Promotion of Employment for Disabled People (NCPEDP):
♦ Established – 1996
♦ Headquarters – New Delhi
♦ Purpose – working as an interface between the Government, Industry, International Agencies, and the Voluntary Sector towards empowerment of persons with disabilities 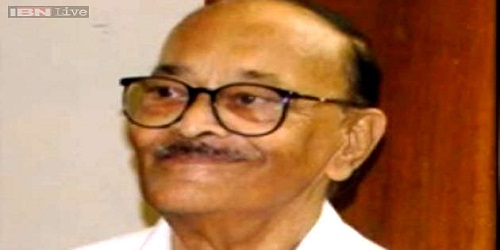