Vietnam President Tran Dai Quang was on an official visit to India from 2nd – 4th March 2018. 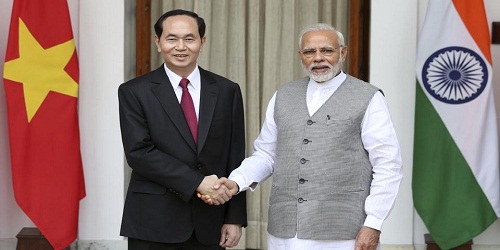 After the signing of above stated MoUs, a joint statement was issued mentioning that India and Vietnam will take concrete measure to achieve the bilateral trade target of USD 15 billion by 2020.