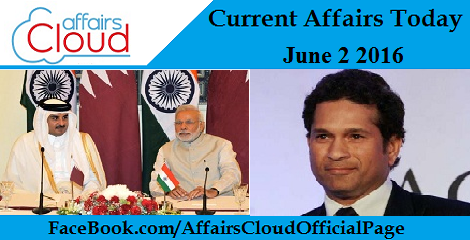 Union Government approved setting up of India Post Payments Bank
Union Government headed by Prime Minister Narendra Modi has given its approval for setting up the India Post Payments Bank (IPPB) as a Public Limited Company under the Department of Posts with 100% Government of India (GOI) equity share.
Total Expenditure incurred: Rs. 800 Crore.
Beneficiaries: All Indian Citizens and 40% of the Country’s People in outside the country.

Sachin Tendulkar’s name to be used in Kerala Government’s Anti-Drug Campaign
i. Former Mumbai Cricketer Sachin Tendulkar has agreed to feature a campaign against drug and liquor abuse in the state after a request of CPI-M LDF government in Kerala.
ii. This was stated by Chief Minister Pinarayi Vijayan after Tendulkar has given consent to use his name to strengthen the campaign against liquor and drug abuse in the state.
iii. The CM also said that the KBFC has agreed to set up a residential Football Academy to train young talents in the state.
Kerala
♦ Capital: Thiruvananthapuram
♦ Governor: P. Sathasivam
♦ Chief Minister: Pinarayi Vijayan 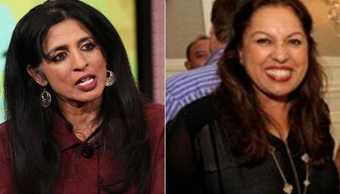 i. In the Forbes’ annual list of America’s 60 wealthiest and most successful self-made women entrepreneurs list two Indian-origin women have featured who have articulated invention and innovation.
ii. India-born Neerja Sethi, who is a  co-founder of  IT consulting and outsourcing firm Syntel with her husband Bharat Desai ranked 16th on ‘America’s Richest Self-made Women’ list while president and CEO of Arista Networks Jayshree Ullal is ranked 30th.
iii. The richest self-made woman in America is topped by ABC Supply owner Diane Hendricks is worth 4.9 billion US dollars and the company is the largest wholesale distributor of roofing and siding in the country.

India among top five in 2015 in green energy spending: Report
i. According to a Global Renewables Report 2015 India being ranked among the top five nations in new investments, and in the top four as regards creating jobs in the green energy sector.
ii. India’s investments in renewable energy sector increased to $10.2 billion in 2015, when compared to $8.3 billion in 2014.
iii. The new investments added growth for the second straight year, aided by a jump in utility-scale solar power financing that reached $4.6 billion, up 75 per cent over the previous year. will help mobile users to manage unsolicited commercial communications to curb the pesky call menace.
ii. The 1909 DND toll-free number service exists right now as well, and users can file complaints but this app is likely to speed up the process.
iii. The DND service allows residents of India to block pesky callers and texters, along with telemarketers.
DND Services App
♦ Apart from registering for ‘do-not-disturb’ service and filing complaints on the app, users will also be able to view the status of their lodged complaints.
♦ In this App users can choose to select DND for particular channels like education, banking/insurance/credit cards, health and consumer goods etc.

Johnson & Johnson to buy Vogue International for about $3.3 billion
i. American multinational firm Johnson & Johnson would acquire personal-care products company Vogue International for about $3.3 billion in all cash deal.
ii. The move would increase its position in the hair care market and potentially build up its consumer products segment.
iii. The new acquisition includes Vogue’s menu of OGX shampoos and conditions, the FX line of hair styling products and the Proganix and Maui Moisture hair care product lines.
iv. The beauty products of Vogue are sold in the United States and in 38 other countries.

TERI signs MoU with IKSL
i. New Delhi based Energy and Resources Institute and a subsidiary of Indian Farmers Fertilizer Cooperative Limited Kisan Sanchar Limited (IKSL) inked a pact to work together in empowering farmers.
ii. The MoU makes formers by providing them information about efficient use of natural resources to help them increase their productivity.
iii. TERI has the expertise in agriculture and rural electrification to mitigate impact of climate change and encouraging efficient use of natural resources for developing knowledge based sustainable solutions.
iv. The cooperation will include creating awareness and benefits of clean lighting and cooking solutions, provided that information on energy solutions and community level solutions that improve energy conditions in schools, public health centres.
The Energy and Resources Institute:
♦ Established 1974
♦ Headquarters: New Delhi
♦ Director General: Ajay Mathur.

Navin Agarwal appointed NADA chief
i. Senior IPS officer Navin Agarwal was appointed chief of National Anti-Doping Agency (NADA), working for dope-free sports for five years.
ii. Agarwal is currently working in his cadre Jammu and Kashmir Cadre. He is a 1986 batch IPS officer. The Appointments Committee of Cabinet has approved Agarwal’s appointment as Chief Executive Officer/Director General of NADA.
iii. NADA is the national nodal agency responsible for promoting, coordinating, and monitoring the doping control program in sports in all its forms in India. 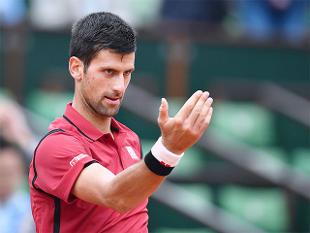 i. Serbian Top seed Novak Djokovic became the first professional tennis player to earn $100 million in prize money after he made his 10th French Open quarter-finals beating 14th seed Spain`s Roberto Bautista Agut by 3-6, 6-4, 6-1, 7-5 to move into his 28th consecutive Grand Slam quarter-final and 36th in all.
ii. While Tennis great Roger Federer earned $98,011,727 since he turned pro in 1998, is the next closest player to breaking that barrier.
iii. American Women’s tennis great Serena Williams is the leader, having earned a total prize money of $75,929,696 in 21 years in women’s section. 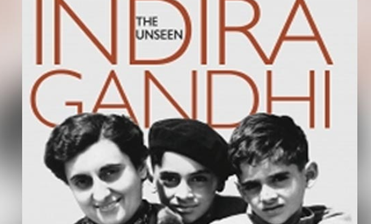 news as this was released this month.The Book was published by Konark Publishers.
ii. The book also talks about several milestone moments in Indira’s life, the Bangladesh War of 1971, Pokhran Nuclear tests of 1974, imposition of Emergency, death of Sanjay Gandhi and circumstances in Maneka’s walk out of the family.
iii. The book also covers former PM’s relations with foreign counterparts including Margaret Thatcher who was former PM of the United Kingdom.
iv. KP Mathur was personal physician of former Prime Minister Indira Gandhi for nearly two decades till her assassination in 1984.