Review and planning meeting of Indo-EU ‘Water4crops’ project held in New Delhi
In order to cope with water scarcity in Agricultural Sector, Ministry of State for the Ministry of Science & Technology framed the “Water4crops” project.
On completion of 4 years of the Euro 9 Million Indian-European Union “Water4crops” project, the Delegates are arranged the Review and Planning Meeting
Project Worth: 9 Million Euro
Venue: New Delhi
Funded by: Department of Biotechnology (DBT) under the governance of Ministry of Science & Technology & European Union

Union Government signed contract basis of Exploration of Poly metallic Sulphides
Union Government Singed Agreement with International Seabed Authority for handling exploration and other activities related to Poly metallic Sulphides.
Term of Contract: 15 years
Features of the Agreement: The Agreement was developed by the Ministry of Earth Sciences with the International Seabed Authority
It is planned to install in parts of Central and South – West Indian Ridges allocated area about 10,000 Sq km which is located in the Indian Ocean

Railways minister Suresh Prabhu flags off first time-tabled freight train
i. Union Railway Minister Suresh Prabhu has flagged off country’sfirst timetabled freight train, named Cargo Express, from Delhi to Bengaluru which will have transit time of 70 hourson either side.
ii.Upon this move two pairs of time-tabled trains have been proposed by Container Corporation of India (CONCOR) to start with between Delhi-Bengaluru (2,278 km) and Delhi-Chennai (2,160 km).
iii.The move intended to reduce the delay and uncertainty over the time schedule for delivery of goods.
iv.The Ministry also launched an integrated redressal of grievances through social media platform on Facebook and Twitter that will allow differently-abled persons to avail concessions while travelling alone and liberalised Comprehensive Parcel Leasing Policy’ (CLIP).

RBI Simplifies Registration Of New Non-Banking Financial Companies
Mumbai Based Reserve Bank of India has taken steps to simplify the registration process for new Banking Financial Companies.
Revised Registration Format:
The revised application form has been distributed to make the registration process smoother and hassle less.
The Number of supporting documents to be attached with Application form has been reduced from 45 to 7-8 documents
Types of Application Format for non-deposit accepting NBFCs: Sources of funds, Customer interface

Uber enters into pact with Tata group
i. Cab Aggregator Uber has entered into an agreement with Tata group to help its drivers own Indica and Indigo cars with less hassle. The pact will only be valid for Hyderabad city in a trial basis.
ii. Upon this pact Tata Capital Financial Services and its Motors Finance will offer loans at reasonable interest rates, affordable insurance would be offered by Tata AIG as a package.
iii. This joint initiative will be rolled out in other cities where Uber runs its services. 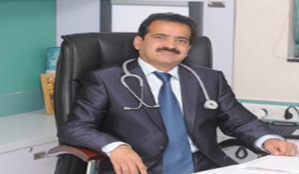 Fonseca Scholar Award 2016 at the ADA’s 76th Scientific Sessions in New Orleans, Louisiana.
ii. Shashank was selected for his research titled Gastric Bypass vs. Medical/Lifestyle Care for Type 2 Diabetes in South Asia with BMI 25-40 kg/m2.
iii. This Award was presented by American Diabetes Association (ADA) for his innovative research on diabetes in South Asia. Shashank is the current director of Laparo-Obeso Centre in Pune

Former Indian football team coach Syed Nayeemuddin to get Mohun Bagan Ratna
i. Former India captain and football coach Syed Nayeemuddin with its highest decoration the Mohun Bagan Ratna Award.He will be the 16th recipient of the award which was instituted in 2001.
ii. He was chosen for his overall contribution to the club and the country both as a player and as a coach.
Syed Nayeemuddin
♦ Syed Nayeemuddin as a player, he captained the Indian national team that won a bronze medal at the 1970 Asian Games.
♦ He was put as a coach of India in 1997, he also won the South Asian Football Federation Cup by beating the Maldives 5–1 and reached the semi–finals of the Nehru Cup.
♦ Syed is the only athletic person to win both the Arjuna and Dronacharya Awards for football.

Indian-origin woman Kamala ShirinLakhdhir nominated as US Ambassador to Malaysia
i. An Indian-origin diplomat as the next American ambassador to Malaysia, theUS President Barack Obama has nominated her post, Kamala will succeed Joseph Y Yun, a career member of the Senior Foreign Service.
ii. The Foreign Service officer Lakhdhir is a Class of Counsellor who was Executive Assistant to the Under Secretary of State for Political Affairs from 2011 to 2015, was announced by the White House along with several other key administration appointments.
iii. Earlier Lakhdhir served as the US Consul General in Belfast, Northern Ireland, United Kingdom from 2009 to 2011 and also served as a political officer in Indonesia and as a consular officer in Saudi Arabia.
iv. She graduated in BA from Harvard College and an MS from the National War College.
Malaysia
♦ Capital: Kuala Lumpur
♦ Currency: Malaysian ringgit i. Russia has launched the Nuclear-powered icebreaker Ship named Arktika which is the largest and the most powerful vessel of the type in the world.Russia’s the only country with such ice breakers.
ii. The Arktika measures 568 feet long and powered by two nuclear reactors. It can break through ice 13 feet deep, is due to go into service in December 2017.
iii. The ship is the lead ship of the £1.3bn Project that requires a crew of 75 people, and can carry up to 33,000 tonnes and it has own helicopter for ice reconnaissance.

Scientists for the first time grow living bone in lab
i. American Scientists have grown a living bone in the lab to repair large defects in the head and face of patient. This marks for the first time in modern medical history.
ii. This was achieved by a new technique developed by Gordana Vunjak-Novakovic, professor at Columbia University.
iii. This method uses autologous stem cells derived from a small sample of the recipient’s fat and precisely replicates the original anatomical structure of the bone.

Dolphins to get first-ever sanctuary in North America
i. National Aquarium in Baltimore’s announced its plan to create an Oceanside first sanctuary for Bottle nose dolphins in North America after a long research.
ii. These Bottle nose dolphins are the one of the most common species of marine mammals, with colors ranging from light Gray to Black.
iii. The aquarium will move its colony to an outdoor facility with natural seawater by 2020.

Rio 2016 Unveils Official Slogan for Olympic and Paralympic Games
i. The Rio Olympics 2016 organising committee revealed the official slogan for the first 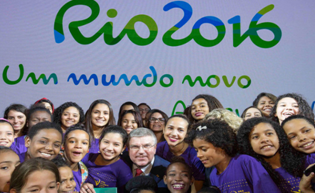 Olympic and Paralympic Games in South America “A new world” while also unveiling days from the start of the quadrennial extravaganza.
ii. The committee also revealed the innovative medals that produced by the Brazilian Mint, the 5,130 medals for the 2016 Olympic and Paralympic Games will reflect the sustainability and accessibility as well as sporting excellence.
iii. The fashionable prizes, which weigh 500g each, comprise 30 per cent recycled silver and bronze while the ribbons are made from 50 per cent recycled PET. However the gold medals are completely free of mercury.

India Enter Hockey Champions Trophy Final for 1st Time in 36 Years
i. Indian men’s hockey team is set to make a maiden appearance in the final of the prestigious 36th Hero Champions Trophy Hockey tournament against daunting Australia after hosts Great Britain held Belgium to 3-3 draw in a final round robin match.
ii. India finished the standings in second place with 7 points from five matches.  While Australia topped the league standings with 13 points from five matches.
iii. This will be India’s maiden appearance in the title clash in 36 years since the inception of the blue-riband six-nation tournament. 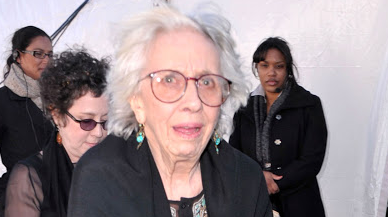 i. Eminent Television Actress Ann Morgan Guilbert has passed away after a long battle with cancer at the age of 87.
ii. She was best known for her five-season run on classic sitcom Dick Van Dyke Show on which she played Millie Helper, the neighbour and best friend of Laura Petrie, played by Mary Tyler Moore.
iii. Guilbert started her TV career in the 1960s, appearing on popular programmes such as I Dream of Jeannie, My Three Sons,The Alfred Hitchcock Hour and many others.

Veteran Odia actress Manimala Devi passes away
i. Veteran Odia film actress Manimala Devi passed away after prolonged illness in at Bhubaneswar, Odisha. She was 86 year old.
ii. The Odisha hailed actress began her career as a child artiste in Annapurna Group B and went on to perform in at least 100 plays.
iii. In her long and illustrious career she starred over 40 feature films of which 14 films have bagged the national award, including her debut film Sri Loknath.
iv. She was honoured with the prestigious Jayadev Purashkar which is the state’s highest cine award in 2000.

each June 17 to mark the urgent need to curb the desertification process.
ii. The day witnessed to strengthen the visibility of the dry lands issue on the international environmental agenda.This day was coined in 1995 by the United Nations General Assembly resolution
iii. This year the day is observed with the Theme: Inclusive cooperation for achieving Land Degradation Neutrality.
This year the day also has UN designated Slogan: Protect Earth. Restore Land. Engage People.