We are here for you to provide the important current affairs june 16 2017 which have unique updates of all daily events from all newspapers such as The Hindu, The Economic Times, PIB, Times of India, India Today, Indian Express, Business Standard, all Government official websites. Our complete current affairs helps you to get more marks in Banking, insurance, UPSC, SSC, CLAT, Railway and all other competitive Exams. 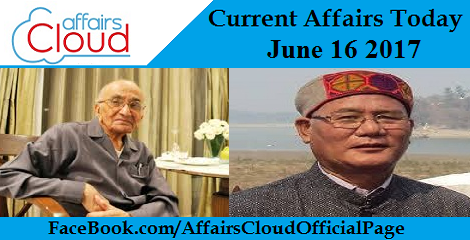 Lok Sabha Speaker inaugurates 16th NERCPA Conference at Imphal
Lok Sabha Speaker Sumitra Mahajan will inaugurate the 16th North East Region Commonwealth Parliamentary Association (NERCPA) Conference at Imphal on 15th of June 2017.
Key Notes:
i. The conference will planned on themes like ‘North East and Look East Policy’, ‘Special plan for development of railways and airways for speedy economic development of North East region’, and ‘Setting up of a chapter of Speaker’s Research Initiative (SRI) in the region’.
ii. It helps in recognising the importance of north-east region in the holistic development of India. 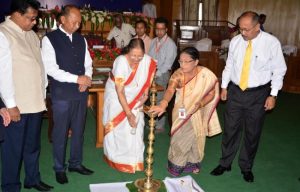 iii. The SRI was institutionalised on July 23, 2015.
iv. It is used to generate high-quality research inputs on strategic and topical issues.
v. It is also used to compose appropriate mechanism for interaction with members of both Houses of Parliament for information dissemination and capacity building.
vi. The SRI has conducted several meetings and workshops with stakeholders in democracy and eminent domain experts for members of Parliament during sessions, specifically on subjects listed before Parliament.

Punjab govt inks MoU with Centre, AAI
Under the country’s flagship programme UDAN in the presence of Chief Minister Capt. Amarinder Singh the Punjab government has signed a tripartite agreement with the Centre and Airports Authority of India(AAI)
Key Notes:
i. The tripartite agreement was signed by Usha Padhee (Joint Secretary, Ministry of Civil Aviation on behalf of GoI), Tejveer Singh (Secretary Civil Aviation for Punjab Government) and G K Chaukiyal (Executive Director for AAI).
ii. The four airports of Bathinda, Ludhiana, Pathankot and Adampur have been 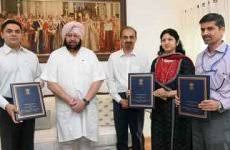 connected under the scheme through five proposals.
iii. While Delhi-Bathinda-Delhi by Alliance Air is already operational, Delhi-Pathankot-Delhi and Delhi-Ludhiana-Delhi routes will be serviced by Alliance Air from July 2017.
iv. Under the scheme all regions have been connected (Northern region 17, Southern 11, North Eastern 6, Western 24 and Eastern 12).
v. Under the scheme one lakh seats will be made available to passengers, wherein 50 per cent – 50,000 seats will be under fare cap.
vi. Requirement of Viability Gap Funding (VGF) will be shared by central government and the state government in 80:20 ratio.
vii. The VGF for the state share will be around Rs three crore per annum.
About UDAN Scheme
♦ UDAN, a regional connectivity scheme, is an innovative programme of the Centre in collaboration with the states.
♦ It enables air operations on un-served routes connecting regional areas and promotes balanced growth, besides making flying affordable for masses.

Govt makes Aadhaar card mandatory for opening bank account
The government has made Aadhaar card mandatory for opening of bank accounts as well as for any financial transaction of Rs 50,000 and above.
Key Points:
i. The government in Budget 2017 has already mandated link of Aadhaar number with Permanent Account Number to avoid individuals using multiple PANs to evade taxes.
ii. Existing bank account holders have been asked to furnish the Aadhaar number issued by the Unique Identification Authority of India (UIDAI) by December 31, 2017. 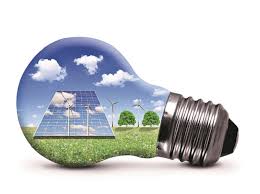 The survey has been topped by Southern African country Mozambique as almost all its energy use comes from green sources.
i. India ranked dismal 75th, with renewable energy making up only 15.2% of all energy used; only 2.2% of waste water being recycled, and municipal waste of 0.34 kg per person being generated daily.
ii. Although Mozambique has topped the survey, its neighbouring country South Africa has fared poorly ranking at 95th However South Africa has performed better than developed economies such as US, Canada and Australia.

UN approves creation of new office on counter-terrorism
On June 15, 2017, United Nations (UN) General Assembly approved the establishment of a new office to help Member States implement the organization’s global counter-terrorism strategy. The new Office would he headed by an Under-Secretary-General.
i. Existing Counter-Terrorism Implementation Task Force Office (CTITF) and the UN Counter- Terrorism Centre (UNCCT), currently in the UN Department of Political Affairs (DPA) will be transferred to the new office, together with their existing staff and all associated regular and extra-budgetary resources.
ii. On June 15, 2017, India won re-election To UN’s Economic and Social Council (ECOSOC).India has been re-elected for a three-year term beginning January 1, 2018.

GST Bill: ClearTax launches free GST billbook software
ClearTax, India’s largest income tax returns e-filing and enterprise compliance service provider has launched billbook software.
Key Notes:
i. It is used to assist small and medium businesses (SMEs) in the country get GST-ready.
ii. The GST Billbook is a free of cost software platform.
iii. It works both online and offline and can be used to prepare GST-compliant invoices.
iv. With this Billbook, ClearTax plans to reach out to 1 lakh SMEs in the next 90 days and to 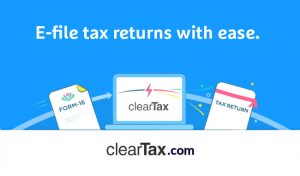 10 lakh SMEs across the country over the next 12 months.
v. It will be available on the company’s Web site, mobile site and a soon to be launched app.
vi. The GST billbook supports key features needed for SMEs such as, creating a sales invoice, recording of discount, freight, insurance and package handling charges.
vii. It will support other documents mandated by GST such as delivery challan, e-way bill, advance payment receipts etc.
viii.The GST billbook will automatically identify Integrated GSTvs State GST in the invoice.
ix. It helps in curbing the tedious task of uploading to GST Network every month.
x. The Bill book for SMEs is completely electronic solution to help these businesses do GST compliance in the simplest manner with minimum interventions.
xi. Founder and CEO of ClearTax.com is Archit Gupta.

China, ADB launch green financing platform to fight pollution
China and the Asia Development Bank (ADB) have launched a green financing platform to cut pollution in the smog-hit Beijing-Tianjin-Hebei region on 16th of June 2017.
Key Notes:
i. The financing platform was launched by the ADB and the China National Investment and Guaranty Corporation (I&G), the State Development and Investment Corporation (SDIC), as well as China’s finance ministry and National Development and Reform Commission.
ii. China selected five regions this week to take part in pilot government green financing schemes.
iii. It would explore new green credit mechanisms, including the granting of loans that accept emission trading earnings as collateral.
iv. The bank late last year approved a loan of 458 million euros ($510.58 million) for the platform.
v.The government is only expected to provide around 10-15 percent of the 3-4 trillion yuan of green investment China needs every year over the next five years.
ADB :
♦ Headquarters: Mandaluyong, Philippines
♦ Founded: 19 December 1966
♦ President: Takehiko Nakao 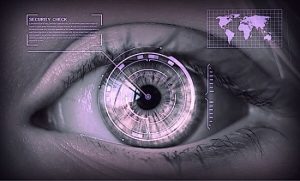 World Bank approves $500 million grant package for Afghanistan projects
On June 13, 2017, World Bank approved financing worth more than $500 million for Afghanistan to support a various projects to boost the economy, help improve service delivery in five cities and support Afghan refugees sent back from Pakistan.
More Details about World Bank’s Grant Package for Afghanistan:
i. The largest chunk of the package, some $205.4 million, will go towards supporting communities affected by refugees returning from Pakistan. Some 800,000 Afghans have been sent back from Pakistan and Iran.
ii. In addition, $100 million will support reforms and business development for the poor.
iii. $20 million will go to improving services in five provincial capital cities.
iv. $29.4 million will help establish wheat reserves and improve grain storage.
v. $60 million will boost electricity in the western Herat province.
Quick Facts about Afghanistan:
♦ Capital: Kabul
♦ Currency: Afghan afghani
♦ Current President: Ashraf Ghani

20 Indian firms in top 100 companies in Asia300 ranking
As many as 20 Indian firms have been named in the top 100 of Nikkei Asian Review’s Asia300 companies list
i. Nikkei Asian Review annual Asia 300 Power Performers Ranking is a compilation of the most powerful and valuable listed companies in Asia.
ii. As many as three Indian companies have made it to the top 10 list. Indian IT service provider HCL Technologies came in at the second place, followed by Zee 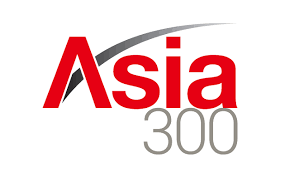 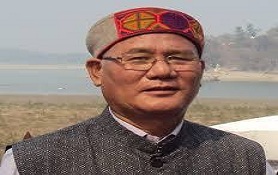 Key points:
i. This award is presented to those person whose literary work is outstanding at National and International level.
ii. The award has been instituted by Sarhad, a Maharashtra-based organisation.
iii. His famous novel includes Mauna Onth Mukhar Hriday (Silent lips, murmuring hearts) which won the Sahitya Akademi award in 2005.

Virat Kohli becomes fastest to 8000 ODI runs &Yuvraj Singh fifth Indian to play 300 ODIs
India captain Virat Kohli has become the quickest batsman to 8000 runs in one-day international cricket.Yuvraj Singh will become the fifth Indian player to play 300 ODIs at Edgbaston.
Key Points:
i. Kohli has beated AB de Villiers’ mark in seven fewer innings.
ii. He has crossed the 8000-run mark in his 175th innings, during the course of his unbeaten 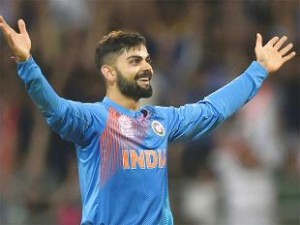 Punjabi playwright Ajmer Singh Aulakh passes away
Eminent playwright Ajmer Singh Aulakh passed away passed away on June 15, 2017, at his residence at Mansa town of Punjab. He was 75.
About Ajmer Singh Aulakh:
i. All through his life, Ajmer Aulakh had been working to uplift the rural theatre with his wife Manjit Kaur and two daughters by his side.
ii. He focused mainly on small and marginal farmers and showcased the complexities of the rural life in his plays.
iii. Ajmer Aulakh was given Sahiyta Akademi award in 2006 for his play ‘Ishq bajho namaz da haz nahi’.

Former CJI, PIL pioneer Bhagwati passes away at 95
Former Chief Justice of India P N Bhagwati has passed away in New Delhi on 15th of June 2017.
Key Notes:
i. He has introduced the concept of Public Interest litigation (PIL) and absolute liability to the Indian judicial system.
ii. He was a former Chief Justice of the Gujarat High Court and was appointed a judge of the Supreme Court in July 1973. 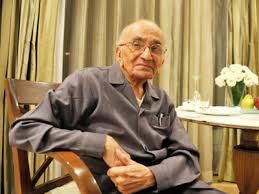 iii. One of the important judgements pronounced by him was in the Maneka Gandhi passport impounding case in 1978.
iv. Under this case he elaborated the concept of right to life, and ruled that aperson’s movement cannot be restricted.
v.  He had ruled that a person had full right to hold a passport.

International Day of Family Remittances – June 16 2017
The International Day of Family Remittances (IDFR) has celebrated on 16 June.
Key Points:
i. It is aimed at encouraging the public and private sectors, as well as the civil society, to do more and collaborate to maximize the impact of the financial contribution in the developing world.
ii. It also helps in recognizing the significant financial contribution migrant workers make to the wellbeing of their families back home and to the sustainable development of their countries of origin.
iii. International Day of Family Remittances represents an invaluable opportunity to recognize the efforts of migrant workers globally.
iv. It strengthens current partnerships and creates new synergies among sectors to promote the development impact of remittances worldwide.
v. The first IDFR was celebrated on 16 June 2015 by more than 400 policy-makers, private sector representatives and civil society leaders at the opening of the Fifth Global Forum on 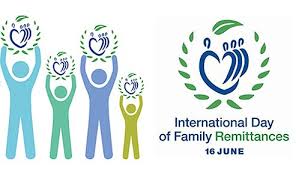 Remittances and Development in Milan.
vi. The IDFR was proclaimed by all 176 member states of IFAD’s Governing Council at its 38th session in February 2015.
vii. It was noted in the UN General Assembly’s Resolution on International Migration and Development A/RES/71/237.
viii. In 2017 the Day is supported by 22 UN organizations withinthe Global Migration Group (GMG), as well as by IOM, IAMTN, GSMA, Vodafone, WSBI, and EPA.