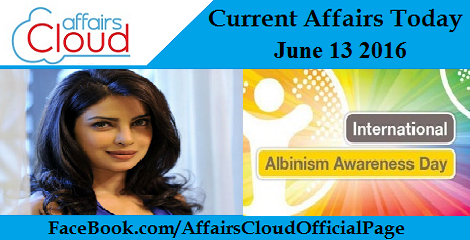 Gujarat govt to launch mobile app for delivery of common services
i. The Gujarat government is set to launch the mobile app Digital Gujarat by August 15 that aims to put most of the services on the fingertips of citizens.
ii. Soon after this comes into working people could be able to avail a host of government services through their smartphones and tablets.
iii. This app facilitates various services that include procurement of ration card, senior citizen certificate, caste certificate, domicile certificate, income certificate, widow certificate, SC/ST certificate and various others.
iv. Apart from providing e-services, the app would come up with some other features, including e-Locker to digitally store certificates.

Kashmiri Pandits Arrive in Valley to Celebrate Annual Kheer Bhawani Festival
i. Kheer Bhawani festival is celebrated annually on the eighth day of the lunar fortnight of ‘Jaishtha‘ month in the Hindu almanac.
ii. The Kheer Bhawani shrine, located near Srinagar where hundreds of devotees thronged on the occasion of this festival and paid prayers to the Goddess on this day.
iii. Kheer Bhawani is considered to be the Presiding Deity of most of the Kashmiri Brahmans. 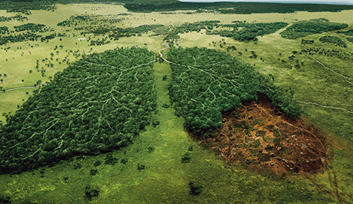 it is the first country to put a zero deforestation policy.
ii. This comes in the aftermath of the recommendations of Parliament’s Standing Committee of Norway on Energy and Environment to take Action Plan on Nature Diversity.
iii. In its report the committee also has asked to frame separate biodiversity policy and use funds provided by Government Pension Fund Global to increase biodiversity protection.
Norway
♦ Capital: Oslo
♦ Currency: Norwegian krone

India to provide Rs 48 mn aid for college building in Nepal
i. India to provide financial grand of Rs 48.84 million to Nepal for the construction of a college. Indian Ambassador to Nepal Ranjit Rae laid foundation stone of the building for Koteshwor Multiple Campus in Kathmandu district.
ii. Koteshwor Multiple Campus is a non-governmental, service-oriented community college established two decades back. The current infrastructure of the college is inadequate and is being run from an old school building.
iii. India has provided a monetary aid of nearly Rs 501 million to Nepal in the fiscal 2015-2016 to help the country renovate, restore and upgrade its various religious, cultural and educational institutions after it stuck by earth quake. i. China has blasted off a 23rd satellite in the BeiDou Navigation Satellite System (BDS) from the Xichang Satellite Launch Centre in southwest China’s Sichuan Province, was taken into orbit by a Long March-3C carrier rocket.
ii. The BeiDou Navigation Satellite System which is being developed as an alternative to US GPS and also to support its global navigation and positioning network.
iii. It was the 229th launch of the Long March carrier rocket. The satellite, after finishing in-orbit testing, will join others already in orbit and improve the stability of the system, preparing for BDS to offer global coverage.

China’s first high orbit remote sensing satellite put into use
i. China’s first high orbit remote sensing satellite, Gaofen-4 became operational after six months in-orbit testing.  The Satellite said to be the worlds most sophisticated one.
ii. The first geosynchronous orbit high-definition optical imaging satellite Gaofen-4 is orbiting at 36,000 km which can continuously observe a disaster because it moves synchronously with the Earth.
iii. Gaofen-4 was launched in December 2015, has a lifespan of eight years.

SEBI issues stricter KYC, disclosure norms for P-Notes
i. Markets Watchdog Securities and Exchange Board of India (SEBI) has put in place a stricter KYC (Know Your Customer) norms and disclosure regime for Participatory Notes (P-Notes). This comes after receiving recommendation from SIT on black money to ensure this route is not used for money laundering
ii. The new norms makes difficult to use these offshore instruments without disclosing the money-trail and details of their users.
iii. The norms encompasses all the users of P-Notes to follow Indian KYC and Anti Money Laundering Regulations, irrespective of their jurisdictions. It also mandates P-Note issuers to file suspicious transaction reports with the Indian Financial Intelligence Unit.
Participatory Notes:
♦ These are also referred offshore/overseas derivative instruments(ODIs) issued to overseas investors by registered foreign institutional investors (FII).
♦ These instruments will pave the easy and cost-effective route to foreign investors to invest in Indian markets without directly registering as Foreign Portfolio Investors.

SKS Microfinance renamed Bharat Financial Inclusion
i. Hyderabad based SKS Micro-finance has changed its name to Bharat Financial Inclusion Ltd. It is the only listed company on BSE in the Micro financing space in the country.
ii. The Micro-finance Company is among the largest microfinance companies in India. It has existence across 18 states casing 1,00,000 villages, catering to its 63.65 lakh women members.
iii. This decision from the company as it was taken as its core had experienced a transformation, equipping it to play a major role in fulfilling the national priority of financial inclusion.

Microsoft to buy LinkedIn for $26.2 billion in its largest deal
i. American Software major Microsoft has announced that it is set to acquire professional social platform LinkedIn for $196 per share. The deal would in all cash transaction valued at $26.2 billion.
ii. The deal would be the largest in Microsoft’s history, histrionically expanding the company’s reach with ownership of the dominant business social network after approval by other LinkedIn shareholders and regulators.
iii. After the deal also Mr. Jeff Weiner will remain the CEO of LinkedIn and will report to Microsoft CEO Satya Nadella. This marks Microsoft’s 196th acquisition of another company.
iv. The company LinkedIn makes most of its $3 billion in annual revenue from job hunters and recruiters in the business Social Network giant. 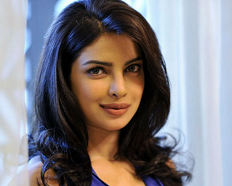 for her debut stint as FBI trainee Alex Parrish role in American TV series Quantico in the Choice TV Breakout Star category.
ii. Earlier Priyanka also won the Favourite Actress title in a New TV series award at the People’s Choice Awards for this role.
iii. The Teen Choice Awards is an annual awards show that airs on the Fox television network in the year’s achievements in the fields of television, music, film, comedy, video games, sports and fashion.

Pedro Pablo Kuczynski wins Peru’s Presidential Election
i. Peruvians for Change party candidate Pedro Pablo Kuczynski has been confirmed as President-elect of Peru after making a narrow victory against Keiko Fujimori in the Peruvian presidential elections, 2016.
ii. He is likely to assume office next month who succeeds President Ollanta Humala for a mandate lasting until 2021.
iii. Kuczynski, is a renowned economist, who was alumni of Oxford University in Britain and Princeton University in the United States.
Peru
♦ Capital:Lima
♦ Currency: Nuevo sol India set for maiden show at U17 Futsal World Cup
i. The sport’s governing body Association Mundial de Futsal (AMF) invited India to participate in the Under 17 Futsal World Cup to be held next month. This is set to make their maiden appearance for the side as a wild card the event.
ii. The competition, is to be held from July 11-20 in Paraguay, with India one among a total of 12 competing countries.
iii. In advance of the team’s itinerary to Paraguay, Futsal Association of India will appoint an international coach for FAI-India team and on-board sponsors.

Donald Carr, former England Cricket captain, dies aged 89
i. Former England captain and Derbyshire batsman, Donald Carr has passed away, at the age of 89. Beside Donald Carr was also one of the most prominent administrators of the post-war era.
ii. In a first-class career that spanned two decades upto 1968, Carr scored 20,000 runs and claimed 328 wickets with his left-arm spin for Oxford University, Derbyshire and England side.
iii. He retired from cricket in 1986. Also Carr was named as Wisden Cricketer of the Year in 1960. He also served as the secretary of the Test and County Cricket Board (TCCB) and the Cricket Council.

ii. The day is witnessed in raising public awareness of albinism and preventing attacks and discrimination against persons with albinism.
iii. The day was adopted by the UN General Assembly in 2014.
Albinism
It is type of congenital disorder characterised by the partial or complete absence of the pigment melanin in the skin, hair, and eyes which makes the skin more susceptible to sunburn and skin cancers.