We are here for you to provide the important current affairs July 31 2018 which have unique updates of all daily events from all newspapers such as The Hindu, The Economic Times, PIB, Times of India, India Today, Indian Express, Business Standard, all Government official websites. Our complete current affairs helps you to get more marks in Banking, insurance, UPSC, SSC, CLAT, Railway and all other competitive Exams. Fortnight celebration of Swachhta Pakhwada across the country by Ministry of Petroleum & Natural Gas
On July 31, 2018, Ministry of Petroleum & Natural Gas (MoPNG), Oil & Gas CPSEs and its offices celebrated Swachhta Pakhwada from 1st to 15th July, 2018.
i. The theme of MoPNG initiatives in this Pakhwada were “Innovation” and “Sustainability”.
ii. Minister of Petroleum & Natural Gas and Skill Development & Entrepreneurship, Shri Dharmendra Pradhan led a cleaning drive in Satyanagar, Bharatpur and Khandagiri areas of Bhubaneswar which have been adopted by Indian Oil .
iii. Maiden initiative of Swachhata inter-refinery competition ranking of Oil & Gas CPSEs and their 4200 attached offices was conducted in association with Quality Council of India (QCI) across 50 cities Pan-India based on their performance in SwachhtPakhwad………………………………….Click here to Read more
The results are :

Union Ministry of Earth Science unveils blueprint of Deep Ocean Mission for exploration
On July 31, 2018, The Union Ministry of Earth Science unveiled a blueprint of Deep Ocean Mission (DOM) to explore deep ocean.
Objective:
To promote exploration in the deep ocean to meet energy requirements of India.
Key Points:
About the Deep Ocean Mission:
i. The Centre drew a five-year plan and allocated Rs. 8000 crore to explore the ocean and its resources.
ii. It woud focus on deep sea mining, under water robotics, underwater vehicles and ocean climate change.
iii. The goals would be achieved by : establishing offshore desalination plant for tidal energy, developing a submersible vehicle that can travel to atleast 6,000 metres with three people on board.
iv. 10 percent of the recovery from these reserves have been presumed to  meet the energy requirement of India for the next 100 years with the presence of 380 million metric tonnes of polymetallic nodules in the Central Indian Ocean Basin.
Background:
♦ India’s Exclusive Economic Zone (EEZ) spreads over 2.2 million square kilometres that also includes the deep sea, which hasn’t been explored or utilised till now.
♦ For this purpose, United Nations International Sea Bed Authority (UN-ISBA) has given India a site of 150000 square kilometres in the Central Indian Ocean Basin (CIOB) for exploration. Objective:
To enable editing and printing of text in scanned documents
Key Points:
About E-Aksharayan:
i. The software e-Aksharayan was launched in 7 Indian languages.
ii. They are namely: Hindi, Bangla, Malayalam, Gurmukhi, Tamil, Kannada & Assamese.
iii. This software would scanned printed Indian language documents into a fully editable text format in Unicode encoding.
iv. This would cease the gap in Internet accessibility due to non-availability of content in Indian languages.
Other releases and announcements:
i. Mobile Testing Data in all 22 Indian languages in mobile handsets IS standard 16333 (Part 3) was released.
ii. It would help in message readability and inputting of text  in the phones for all 22 Indian official languages.
iii. Development of text to speech tech in 12 Indian languages is underway.
iv. Development of technology that will allow people to select complete name of website in any script is also underway between Data Xgenplus and ICANN.
Background:
By 2021, Indic language users will grow from current 234 million to reach 536 million. i. This will allow India to buy more advanced and sensitive technologies from America.
ii. India is the only South Asian country to be on the list.
iii. Currently there are 36 countries on STA-1 list.
iv. Other Asian countries designated as STA-1 are Japan and South Korea.
Background:
The granting of STA-1 status to India comes after the US recognized India as a Major Defence Partner in 2016.

i. India has a total score of 0.9551,it has emerged as sub-region leader.
ii. India has scored 100% in the first stage of the E-Participation sub-index, followed by 95.65% in the second stage and 90.91% in the third stage.
iii. Earlier in 2014, India was ranked at 118 and now has jumped 22 places in 4 years and 11 places in 2 years.
Other Ranks :
i. Denmark is the world leader, both on E-Government index and E-Participation sub-index.
ii. Republic of Korea is the regional leader.
UN:
♦ Member countries: 193.
♦ Headquarters: New York , USA.
♦ Secretary- General: Antonio Guterres. Objective:
To defend National Capital Region (NCR) from aerial attacks.
Key Points:
i. This is a  US-built advanced air defence system.
ii. It is an upgraded version of the NASAMS and features new 3D mobile surveillance radars and 12 missile launchers for quicker reaction.
iii. It has been developed by Raytheon in partnership with KONGSBERG Defence and Aerospace of Norway.
iv. It has 3D Sentinel radars, short and medium-range missiles, launchers, fire-distribution centers and command-and-control units to quickly detect, track and shoot down multiple airborne threats.
Other procurements :
i. India is in talks with Russia to procure long range S-400 Triumf air defence systems for INR 400 billion.
ii. $2 billion procurement of 24 MH-60 ‘Romeo’ helicopters from US will be revived after the inaugural “two-plus-two” dialogue between the two countries.
iii. India will induct the first batch of its intercontinental ballistic missile system — Agni V.
iv. DRDO is developing two tier Phase-I of the Ballistic Missile Defence (BMD).
Background:
It is a part of the overall Delhi Area Air Defence Plan, work is on to further realign the “VIP-89 area” over New Delhi, which includes Rashtrapati Bhawan, Parliament, North and South Blocks.

SBI raises retail fixed deposit rates by 5-10 bps with effect from 30th July 2018.
On July 31, 2018, State Bank of India raised its interest rates on fixed deposits by 5-10 basis points on deposits of below Rs 1 crore.
i. This will be effective from 30th July 2018.
ii. These changes will apply to senior citizens as well.
iii. Interest rates on recurring deposits of SBI are the same as that on FDs.
The rates are as follows:
For deposits of below Rs 1 crore:

GDP predicted to go from 7.8% (April-June) to 7.2% in second half of 2018: Nomura
On July 31, 2018, According to Nomura , GDP growth to peak to 7.8% in April-June quarter and then moderate to 7.2 per cent in the second half of 2018.
i. This is owing to tighter financial conditions, slowing global growth and adverse terms of trade.
ii. The GDP growth was at 7.7 per cent in January-March quarter 2018.
iii. Also global oil prices and higher minimum support prices predict a hike of 25 basis points rate hike in August in the RBI’s third bi monthly meeting to be held in August 1,2018.
iv. Reserve Bank of India had increase its retail inflation projection by 0.30 per cent.

DAC approves Guidelines for timely dispersal of equipment to Armed Forces
On July 31, 2018, Defence Acquisition Council (DAC) chaired by Defence Minister Nirmala Sitharaman approved the implementation guidelines for the Strategic Partnership Model.
Objective:
To timely deliver equipment to the Armed Forces.
Key Points:
i.  It aims to  private sector to design, develop and manufacture complex weapon systems for the future needs of the Armed Forces.
ii.This will help align the defence sector with the Make in India initiative of the Government.
iii. It also gave specific guidelines for procurement of Naval Utility Helicopters.
iv. All of the projects would be executed by specially constituted Empowered Project Committees.
Other announcements:
i. DAC gave approval for the acquisition of eight Fast Patrol Vessels for the Indian Coast Guard at a cost of about Rs.800 crore.
ii. These will be indigenously designed and manufactured for maritime security.

i. The MoU will result into additional Rs 150-200 crore revenue for both PSUs.
ii. It will delivery time, reduce working capital and create capability for high capacity equipment.
iii. The mining products could be co-branded and will come under ‘Make in India’ initiative.
iv. Coal India is a major client for these mining equipment.
Background:
♦ Around 78 per cent of mining equipment are imported.
♦ In FY18, coal production was 567 million tonne.
BEML:
Headquarters: Bengaluru.
Heavy Engineering Corporation (HEC):
Headquarters: Ranchi, Jharkhand. 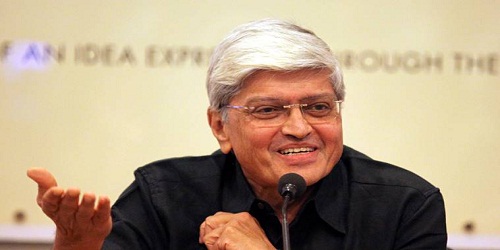 Gopalkrishna Gandhi – 24th Rajiv Gandhi National Sadbhavana Award:
i.  Gopalkrishna Gandhi is a former governor of West Bengal. He will be presented with this award at an event on 20th August 2018 at Jawahar Bhawan in Delhi.
ii.The award contains a citation and a cash prize of Rs 10 lakh. The award is presented on the birthday anniversary of former Indian Prime Minister Rajiv Gandhi.
iii. The award was instituted to honour Rajiv Gandhi’s remarkable contribution to promote peace, communal harmony and struggle against violence. Shivangi Pathak scales Mount Kilimanjaro:
i. Shivangi Pathak is 17 years old. Recently, she became the youngest Indian woman to reach the peak of Mount Everest. She was given title ‘The Eagle of Mountain’.
ii. Now, she has scaled the 5,895m high Mount Kilimanjaro from the Marangu route in 3 days from 21st July to 24th July 2018.

China launches high-resolution Earth observation satellite “Gaofen-11”, to monitor BRI
On 31st July 2018, China successfully launched Gaofen-11 satellite, an optical remote sensing satellite, as part of its high-resolution Earth observation project.
Gaofen-11 satellite:
i. The Gaofen-11 satellite was launched on a Long March 4B rocket from the Taiyuan Satellite Launch Center in northern Shanxi Province, China.
ii. It was the 282nd flight mission on a Long March carrier rocket. This satellite will be useful in land survey, urban planning, road network design, agriculture, and disaster relief.
iii. It will also provide data for the Belt and Road Initiative (BRI). China introduced the Gaofen project in 2010.
About Belt and Road Initiative (BRI):
♦ Launched in – 2013
♦ Launched by – China
♦ Aim – to connect Southeast Asia, Central Asia, the Gulf region, Africa and Europe with a network of land and sea routes

Rare bloodgroup ‘pp’ or ‘P null’ phenotype identified by doctors in Mangaluru
A rare blood group named “pp” or “P null” phenotype has been identified by doctors from Kasturba Medical College (KMC) in Mangaluru, Karnataka.
“pp” or “P null” phenotype:
i. ABO and Rh D are the most common blood group systems. But over 200 minor blood group antigens apart from A, B and Rh exist.
ii. The Blood Bank of Kasturba Hospital received samples from a patient who was in urgent need of blood transfusion.
iii. The doctors couldn’t find a compatible blood unit even after cross-matching it with over 80 units. After serological test, it was confirmed that the patient’s cells contained the rare “pp” phenotype.
iv. It is the first time, P blood group null phenotype has been detected in India. The team of doctors were led by Shamee Shastry.
Some wildlife sanctuaries in Karnataka:
♦ Bhadra Wildlife Sanctuary
♦ Bhimgad Wildlife Sanctuary
♦ Brahmagiri Wildlife Sanctuary Dustin Johnson won 2018 RBC Canadian Open:
i. Dustin Johnson shot a 6-under par 66 and won his first RBC Canadian Open at 23-under par. He is currently in world number one position.
ii. Now he has become the first player after Tiger Woods (2005-09) with at least three wins in three consecutive seasons.
iii. Dustin Johnson was awarded $1,116,000 for the win. Byeong Hun An and Whee Kim secured second place.
iv. Mackenzie Hughes won his second consecutive Rivermead Cup. This Cup is presented to the low Canadian who finishes in a tie for 8th at 15-under par.

Neeraj Chopra wins gold medal in javelin throw at Savo Games in Finland
On 29th July 2018, Indian javelin thrower Neeraj Chopra, won a gold medal in the Savo Games in Lapinlahti, Finland.
Neeraj Chopra wins gold medal at Savo Games:
i. Neeraj Chopra made a throw of 85.69 metres and won the gold medal. Chao-Tsun Cheng of Chinese Taipei made a throw of 82.52m and won a silver medal.
ii. Chao-Tsun Cheng is the only Asian to have thrown the javelin to a distance more than 90m. He achieved this feat by making a throw of 91.36m during the World University Games in Taipei in 2017.
Some important stadiums in India:
♦ Mahabir Stadium – Hisar, Haryana
♦ Tau Devi Lal Stadium – Gurgaon, Haryana
♦ Chaudhary Bansi Lal Cricket Stadium – Rohtak, Haryana 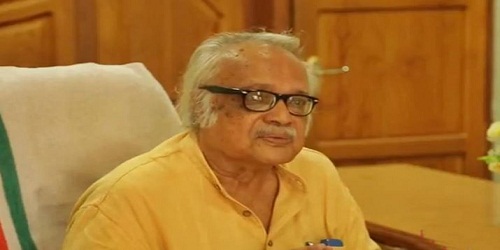