We are here for you to provide the important current affairs January 8 2018 which have unique updates of all daily events from all newspapers such as The Hindu, The Economic Times, PIB, Times of India, India Today, Indian Express, Business Standard, all Government official websites. Our complete current affairs helps you to get more marks in Banking, insurance, UPSC, SSC, CLAT, Railway and all other competitive Exams. BSES Rajdhani’s ‘Solar City Initiative’:
i. Under this initiative, rooftop solar installations will be provided at a single point for the entire apartment complex unlike conventional method of having individual installations.
ii. This initiative has been launched in partnership with the United States Agency for International Development (USAID) PACE-D and Indo-German Collaboration (GIZ).
iii. Around 150 residential societies will be targeted in the first phase. Depending on the response, the programme will be expanded to other residential segments across Delhi.
iv .From cosumers’ perspective, these installation may lead to monthly saving on bills of about Rs 750 for a period of 25 years

Delhi govt launches common card for bus, metro rides
On January 8, 2018, Delhi Chief Minister, Arvind Kejriwal launched a common card for rides on public buses and the metro.
Delhi Govt’s common card for bus, metro rides:
i. Delhi is thus the first city in India to have such common mobility card.
ii. This card can be used at on 200 Delhi transport Corporation (DTC) and 50 cluster buses running on different routes as well as on metro trains.
iii. The common card can also function like a debit card. It will be operational in all DTC and cluster buses from April 1, 2018. Annual Conference of DGPs and IGPs:
i. The DGPs Conference is conducted annually. It has participation from top police officials from all over India. They discuss issues related to security matters.
ii. This Annual DGP Conference is held outside the national capital in line with Prime Minister’s vision to conduct such conferences all over India, not restricted only to Delhi.
About BSF Academy Tekanpur:
♦ Dircetor – Sunil Kumar Verma
♦ Motto of BSF – Duty Unto Death

Uttar Pradesh govt restricts use of loudspeakers at religious, public places
Uttar Pradesh State Government has directed all District Collectors and Superintendents of Police to take action against unauthorised loudspeakers and public address systems installed at religious and public places.
i. The officials have been directed to conduct a survey for the same and submit a detailed report to State Government on January 10, 2018.
ii. Those using loudspeakers without approval should obtain permission by January 15, 2018, failing which, action will be taken against them under the Noise Pollution (Regulation and Control) Rules, 2000.
iii. All unauthorised equipments would be removed by January 20, 2018 in accordance with direction of the Allahabad High Court.
Quick Facts about Uttar Pradesh:
♦ Capital – Lucknow
♦ Current Governor – Ram Naik
♦ Current Chief Minister – Yogi Adityanath
♦ Important National Park – Dudhwa National Park

More Information about Ice Festival in China:
i. This year’s highlights are the ice sculptures of castles, historic landmarks and famous figures, including Moscow’s Red Square, Bangkok’s Temple of the Emerald Buddha and Beijing’s Temple of Heaven.
ii. The ice park is spread across 197-acre land. More than 10000 workers were engaged in building the ice sculptures.
iii .In 2017, the ice festival had eighteen million visitors despite -30 degrees temperature. It fetched 28.7 billion yuan tourism revenue for Harbin.

Iran bans English being taught in primary schools
Iran has banned English from being taught in primary schools across the country after its Supreme Leader Ali Khamenei said that teaching English will lead to Western cultural invasion.
i. Rationale cited for ban on English is that, primary education lays the groundwork for the Iranian culture among students. Thus emphasis should be laid on teaching Persian language rather than English.
ii. The ban applies to Government as well as non-government schools across Iran.
iii. Khamenei has stated that ban does not imply opposition to learning a foreign language, but opposition to promotion of a foreign culture in the country and among children, young adults and youths.
Quick Facts about Iran:
♦ Capital – Tehran
♦ Currency – Rial
♦ Current President – Hassan Rouhani
♦ Important River – Zayanderud, Karun

Saudi Arabia approves India’s plan to ferry Haj pilgrims via sea route
On 8th January 2018, Union Minister Mukhtar Abbas Naqvi announced that, Saudi Arabia has approved India’s plan to ferry Haj pilgrims through sea route to Jeddah.
Saudi Arabia approves India’s plan to ferry Haj pilgrims:
i. This announcement was made after the annual Haj agreement between India and Saudi Arabia was signed in Mecca.
ii. Mukhtar Abbas Naqvi stated that, sending pilgrims through ships would reduce travel expenses greatly. Earlier, this practice of ferrying Haj pilgrims was carried out between Mumbai and Jeddah. It ceased in 1995.
iii .He also said that, Indian muslim women will go to Haj without ‘Mehram’ (male companion) for the first time. These women will also be exempted from lottery system usually followed to shortlist applicants.
About Haj Committee of India:
♦ Purpose – statutory body of Indian government which organises Islamic pilgrimages to Saudi Arabia
♦ Established under – Haj Committee Act in 2002
♦ Chairman – Chaudhary Mehboob Ali Kaiser 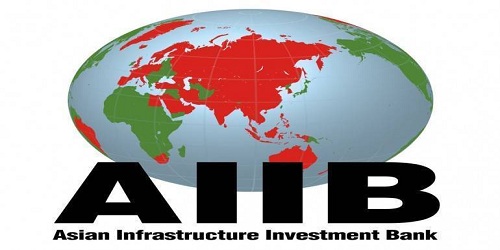 AIIB’s first US Dollar Bonds:
i. Soren Elbech, Treasurer of AIIB has stated that the minimum size of the issuance will be one billion dollars.
ii. Maturity of these bond will be between three and five years depending on investor demand.
iii. On account of its strong capital base and stable outlook, AIIB has received three top-notch ratings from the global credit rating agencies, S&P Global Ratings, Fitch and Moody’s.
iv. China is the largest shareholder in AIIB holding 26.06 per cent voting shares followed by India with 7.5 per share.
v. Energy, power generation, transport and rural infrastructure are AIIB’s priority areas of investment.
Quick Facts about AIIB:
♦ Opened for Business in – January 2016
♦ Headquarters – Beijing, China
♦ Current President – Jin Liqun

75th Annual Golden Globe Awards – Overview
75th Golden Globe Awards ceremony was held in California, US on January 7, 2018. The ceremony was hosted by talk show host Seth Meyers. These awards honoured excellence in film and American Television for the calendar year 2017.
i. Indian-origin actor, comedian, and filmmaker Aziz Ansari became the first man of Asian descent to win Golden Globe Award for Best Performance by an actor.
ii. Actor Sterling K. Brown won the Best Actor in a TV Series, Drama category for his performance as Randall Pearson in “This Is Us.”……………………………………………Click here to Read more 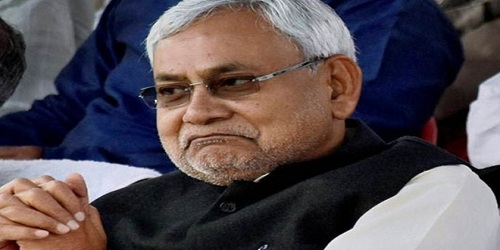 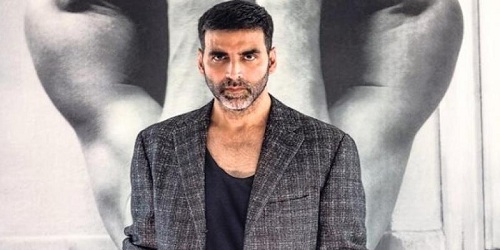 About Swachh Survekshan 2018:
i. Union Minister of Housing and Urban Affairs commenced Swachh Survekshan 2018 survey o January 4, 2018. This survey It is being dubbed as the world’s largest cleanliness survey. It will conclude in March 2018.
ii. Under Swachh Survekshan 2018, all 4041 cities and towns in India will be rated and ranked on various parameters of sanitation and cleanliness. This will be the first such pan-India exercise.
iii. Cities will be assessed on various parameters including open defecation free status, mechanism for collection of garbage, facilities for transportation of garbage, processing of garbage using scientific methods and efforts made to encourage public participation in Swachh Bharat Abhiyan campaign.

Railways to deploy drones to monitor projects
Indian Railways has announced that it will start using drone Cameras (UAV/NETRA) for various railway activities, especially project monitoring and maintenance of tracks and other railway infrastructure.
Indian Railways to use Drones:
i. All railway zones have been directed to procure these drone cameras.
ii.Drone/ Unmanned Aerial Vehicle (UAV) is a kind of a flying robot which can be remotely handled through software-controlled flight plans embedded in its system. It works in conjunction with Global Positioning System (GPS).
iii.’NETRA’ is an Indian, light-weight, autonomous UAV jointly developed by the Defence Research and Development Organisation (DRDO) and IdeaForge, a Mumbai-based private firm.

Swift 7 – world’s thinnest laptop:
i .The new Acer Swift 7 will be available in the US from March 2018. The starting price will be $1,699 (Rs. 107,500).
ii .Acer Swift 7 has a thickness of 8.98mm. It has a 14-inch full-HD touchscreen panel and Corning Gorilla Glass NBT protection.
iii. It features Windows 10 operating system. It is powered by Intel Core i7 processor. It has 8GB of LPDDR3 RAM and 256GB PCIe SSD storage. It also supports LTE through built-in Nano-SIM slot and eSIM functionality.
iv. It has a backlit keyboard. It provides fingerprint reader and face detection through Windows Hello. It has 10 hours of battery life on a single charge.
About Acer Inc.:
♦ Headquarters – Xizhi, New Taipei, Taiwan
♦ CEO & President – Jason Chen

SpaceX launches secretive Zuma mission
On 7th January 2018, SpaceX launched a secretive US government payload named Zuma.
SpaceX launches Zuma:
i. Maker of the payload is Northrup Grumman. He said that the payload was for US government. He added that it would be delivered to low-Earth orbit.
ii. But nature of the mission and agency behind it were not revealed. The payload is on its way to low-Earth orbit.
iii. SpaceX returned the tall portion of the Falcon 9 rocket to landing at Cape Canaveral, after launch.
About SpaceX:
♦ CEO and CTO – Elon Musk
♦ Headquarters – Hawthorne, California, U.S. Actor Shrivallabh Vyas passes away
On 7th January 2018, actor Shrivallabh Vyas passed away in Jaipur, Rajasthan.
Death of Shri Vallabh Vyas:
i. Shrivallabh Vyas had acted in more than 60 Hindi films. He has also performed in television and theatre. He stopped acting after he collapsed in his hotel room in Gujarat in 2008.
ii. His popular films are Lagaan, Sarfarosh, Abhay, Aan: Men at Work, Shool, Netaji Subhas Chandra Bose: The Forgotten Hero and Sankat City. He is survived by his wife Shobha Vyas and two daughters.
About National Film Development Corporation of India (NFDC):
♦ Headquarters – Mumbai
♦ MD – Nina Lath Gupta Death of Saksham Yadav:
i. Saksham Yadav met with a car accident and was admitted in an extremely critical condition at the AIIMS Trauma Centre.
ii. Saksham Yadav bagged a gold medal in the 2017 world weightlifting championship. Along with Saksham five other men including Rohit, a weightlifter, were also injured in the accident.
About All India Institutes of Medical Sciences (AIIMS):
♦ Type – group of autonomous public medical colleges of higher education
♦ Locations – New Delhi, Bhopal, Bhubaneswar, Jodhpur, Patna, Raipur, Rishikesh 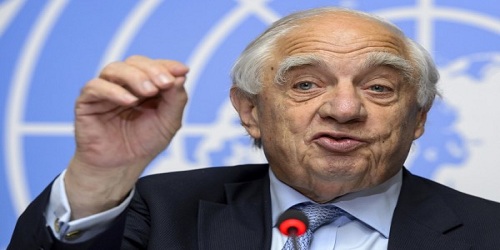 Death of Peter Sutherland:
i. Peter Sutherland was 71 years old. He was also a long-serving chairman of BP (BP.L), an oil and gas company. He also served as chairman of the overseas arm of Goldman Sachs.
ii. He was also Ireland’s European Union commissioner and attorney general in the 1980s.
About Goldman Sachs Group, Inc.:
♦ Headquarters – New York, U.S.
♦ Chairman & CEO – Lloyd Blankfein