We are here for you to provide the important current affairs January 5 2018 which have unique updates of all daily events from all newspapers such as The Hindu, The Economic Times, PIB, Times of India, India Today, Indian Express, Business Standard, all Government official websites. Our complete current affairs helps you to get more marks in Banking, insurance, UPSC, SSC, CLAT, Railway and all other competitive Exams. 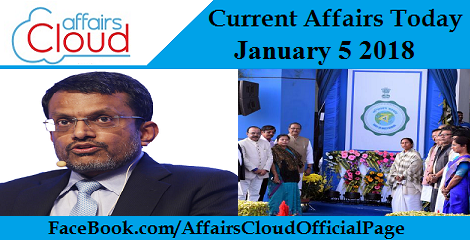 Defence Ministry approves projects worth Rs. 2420 crore
On January 4, 2018, Union Defence Ministry approved procurement of simulated training solutions for Indian Navy’s P-8I long range maritime patrol aircraft and electronic warfare systems for the Army. Total cost involved in these deals is Rs. 2420 crore.
More details about simulated training solutions for P-8I and electronic warfare systems:
i. Simulated training solution for P-8I will be bought from Boeing for Rs. 1949.32 crore. It will come along with 10 year comprehensive maintenance service.
ii. This training solution accurately simulates P-8I aircraft and mission systems and will thereby help Indian Navy train and realistically rehearse for sophisticated missions in a cost effective manner.
iii. The second proposal is for Low Intensity Conflict Electronic Warfare System (LICEWS) for the Army, which will be procured from Bharat Electronics Limited (BEL) for  Rs. 470 crore.
iv. This system will provide upgraded communications infrastructure to Indian Army and will help to effectively deal with the advanced communications systems being used by terrorist groups. Details about Projects approved by NMCG:
i. Out of the five projects, three projects pertain to sewage management in West Bengal at an estimated cost of Rs 278.6 crore.
ii. One project relates to sewage management in Uttarakhand at an estimated cost of Rs 4.68 crore while one project is related to ghat improvement works in Varanasi, Uttar Pradesh at an estimated cost of Rs 11.73 crore.
iii. In West Bengal, sewage management works will be carried out in Kamarhati and Baranagar Municipalities and Nabadwip Municipality.
iv .Project approved for Uttarakhand is for laying of sewer lines in some of the uncovered areas in Haridwar.
v .Project approved for Varanasi will be undertaken to strengthen the poor condition of ghats through bolder pitching and stone steps.

Lok Sabha passes Bill to hike salaries of judges
On January 4, 2018, Lok Sabha passed a bill to hike the salaries of judges of Supreme Court and 24 high courts.
Key provisions of the bill:
i. The bill proposes to raise the monthly salary of Chief Justice of India to Rs 2.80 lakh from the present Rs. one lakh per month.
ii. Similarly, salary of judges of the Supreme Court and chief justices of the High Court is to be raised to Rs 2.50 lakh from the current Rs 90000.
iii. The bill also proposes to raise the salary of judges of the high courts, from Rs. 80000 per month now, to Rs 2.25 lakh per month.
iv. The salary hike for judges is in line with the recommendations of the 7th Pay Commission for officers of all-India services. Once this bill is passed by both the houses of Parliament, it will become a law and will come into force retrospectively from January 1, 2016. Government’s Support to Indian Jute Industry:
i .This decision would sustain demand for jute and will thereby support the livelihood of the workers and farmers dependent on this sector.
ii. Livelihood of huge number of farmers and workers located in the Eastern and North Eastern regions of India, particularly in West Bengal, Odisha, Bihar, Assam, Meghalaya, Andhra Pradesh and Tripura is dependent on Jute sector.
iii .The extension for mandatory Jute material packaging has been granted under the Jute Packaging Material (JPM) Act, 1987.
iv. To comply with this norm, 90% of the food grains and 20% of the sugar products will have to be mandatorily packed in jute bags.

Uttarakhand govt bars unauthorized persons/media from its offices
On Jan.5 2017, Uttarkhand government banned the entry of “unauthorised persons/ reporters”.
i. On December 27 Uttarkhand Chief Secretary Utpal Kumar Singh has referred that “Entry of unauthorised persons/ reporters to the sections/ offices (of government departments) must be completely prohibited,” in a three page order.
ii. Visitor will not be permitted to meet any government official or any member of the office staff for personal work in the office premises.
iii. Due to an emergency exists to meet the govt. official  or any important matters  can meet the visitor at the office reception.
iv. The order has taken especially agenda of cabinet meetings has been leaked to the media in the past. It affects the decision to be taken by the cabinet.
List of some stadiums in Uttarakhand:
♦ Abhimanyu Cricket Academy-  Dehradun
♦ Ambedkar Stadium – Dehradun
♦ Nainital Stadium (commonly known as “Flats”) – Nainital
♦ Udayraj Sports Stadium – Kashipur

i. The logo highlighting the “Biswa Bangla” theme with Ashoka Pillars .
ii. It went to the Centre in last May and now received the approval letter from the Centre.We will be able to use the logo as the state symbol .
Few facts about West Bengal
i.West Bengal is the third largest state for coal production, accounting for about half of India’s total
ii. The Sundarbans delta is the largest mangrove forest in the world.

Kolkata airport becomes 24×7 functional with CAT IIIB landing system technology
On jan.4 2017 , Kolkata’s Netaji Subhas Chandra Bose International Airport has become the 5th airport in India having CAT III B landing system runway 01R.
i. It enables flights to land even when visibility is 50 metres with decision height of 15 meters.
ii.  Airport Director Atul Dixit mentioned it can be a 24×7 functional airport.
List of other airports with similar facilities are in:-
♦  Amritsar  , Jaipur ,Lucknow  ,Delhi

Haryana village to sing national anthem every morning, 20 loudspeakers installed for Rs 2 lakh
On.Jan 5 2017,The residents of Bhanakpur village in Faridabad district plan to begin their day by listening to the national anthem at 8am.
i .Bhanakpur panchayat has installed 20 loudspeakers to help over 5,000 villagers sing the national anthem. The village has also installed 22 CCTV cameras.
ii. This village become first in Haryana and second in India to introduce the system. Jammikunta become the first village has implemented this system. Equal Pay in Iceland:
i. Under the new law, all companies and government departments/agencies employing at least 25 people will have to obtain government certification of their equal-pay policies.
ii. Companies that fail to prove that their women employees are being paid same as their male counterparts will face fines.
iii. In context of this news, it is important to note that Iceland has been ranked as  world’s most gender-equal country by World Economic Forum (WEF) since past nine years.
Quick Facts about Iceland:
♦ Capital – Reykjavik
♦ Currency – Icelandic krona
♦ Current Prime Minister – Katrin Jakobsdottir
♦ Surface area covered by Lakes and Glaciers – 14.3%

US suspend $1.3-bn security aid to Pakistan
On Jan.5 2017,The US has suspended more than USD 1.15 billion security assistance to Pakistan, accusing Islamabad of harbouring terror groups like the Afghan Taliban and the Haqqani Network within its border.
i. Nauert said the freeze will be enforced “until the Pakistani government takes decisive action against these groups .
ii .Prominent among the suspended amount include USD 255 million in Foreign Military Funding (FMF) for the fiscal year 2016 as mandated by the Congress.

RBI Introduces Rs. 10 banknote in Mahatma Gandhi (New) Series
Reserve Bank of India (RBI) will soon issue Rs.10 denomination banknotes in the Mahatma Gandhi (New) Series.These notes will bear signature of Dr. Urjit R. Patel, the current Governor of Reserve Bank of India.
i. The new Rs. 10 denomination banknotes will have motif of Sun Temple, Konark on the reverse side.
ii. Base colour of these new notes will be Chocolate Brown, while dimension will be 63 mm x 123 mm…………………………………………….Click here to Read more 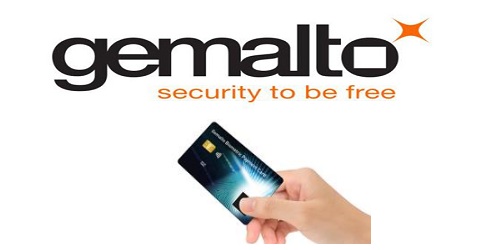 Information about World’s first biometric payment card:
i. These cards will use fingerprint recognition instead of a personal identification number (PIN) to authenticate the cardholder.
ii. For authentication, the cardholder will have to place his/her fingerprint on the sensor embedded on the card. A comparison will be performed between the scanned fingerprint and the reference biometric data securely stored in the card.
iii. The biometric sensor on the card is powered by the payment terminal and does not require an embedded battery.
iv. Customers will be required to enrol for these cards at bank branches, where their fingerprints will be captured using Gemalto’s tablet designed for the solution.
v. This technology is based on the principle that biometric data should always remain in the hands of end users. This method removes the scope for data being compromised during over the air transmission.

YES Bank, Nearby tie up to offer cardless-pinless ATM service
Nearby Technologies Private Limited has tied up with Yes Bank to provide Aadhaar- enabled cardless and pinless ATM service through which, customers can deposit or withdraw money at retailers’ place.
More Details about Nearby-Yes Bank tie-up:
i. A retailer can now become an Aadhaar ATM/Aadhaar Bank branch for cash withdrawals and deposits by a customer by using PayNEARBY mobile application on a smart phone.
ii. Nearby Technologies Private Limited is a FinTech start-up, founded by a team of professionals from Banking and Payments industry.
iii. Yes Bank and Nearby have collaborated with the National Payments Corporation of India (NPCI) to launch PayNEARBY.
iv .Around 40000 PayNEARBY’s Aadhaar ATM touch points will be available through Yes Bank and business correspondent agent network. Customer can do cash withdrawal or any other transactions at these touch points just by using the Aadhaar number and finger print.
Quick Facts about Yes Bank:
♦ Founded in – 2004
♦ Headquarters – Mumbai, Maharashtra
♦ Current MD & CEO – Rana Kapoor
♦ Tagline – ‘Experience our Expertise’

Air India ties up with banks to avail loans for 3 Boeing 777 planes
On January 4, 2018, Minister of State for Civil Aviation, Jayant Singh informed Lok Sabha that government-owned airline, Air India has tied up three international banks to avail short-term loans for acquiring three Boeing 777 aircrafts.
i. Air India has tied-up with UAE-based First Abu Dhabi Bank, Standard Chartered Bank and Mashreq Bank for this purpose.
ii. In November 2017, Air India had issued a revised tender inviting interest from lenders for a loan worth up to $535 million.
iii. Two of the three B777-300 ER planes will be delivered by end of January 2018, while one will be delivered in February 2018.
iv. Mr. Singh has stated that two of these aircrafts will be used for ferrying Very Very Important Persons (VVIPs).
Quick Facts about air India:
♦ Commenced Operations in – 1946
♦ Headquarters – Delhi
♦ Current Chairman – Pradeep Kharola 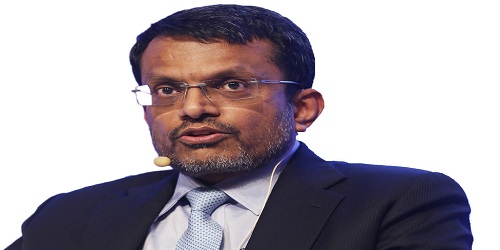 i. Ponting will replace Rahul Dravid.
ii. Dravid, who is the coach of the Indian under-19 team, had withdrawn due to conflict of interest.

Vasant Davkhare, NCP leader, passes away at 68
On Jan.4 2017 ,Senior Nationalist Congress Party (NCP) leader Vasant Davkhare (68) passed away in Mumbai.
i. He was former deputy chairman of the Maharashtra Legislature Council and NCP’s face in Thane district of Maharashtra for the last two decades.
ii. His son Niranjan Davkhare is the NCP MLC. 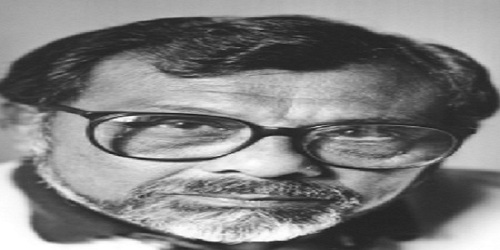 i. Sivanandan won the 1998 Commonwealth Writers’ Prize in the ‘Best First Book category for Europe and South Asia’ for his novel, ‘When Memory Dies’.
ii. Sivanandan was also director emeritus of London’s Institute of Race Relations (IRR). Sivanandan was born on December 20, 1923, in Colombo, Sri Lanka. He left Sri Lanka for the UK after the 1958 riots.