We are here for you to provide the important current affairs January 23 2018 which have unique updates of all daily events from all newspapers such as The Hindu, The Economic Times, PIB, Times of India, India Today, Indian Express, Business Standard, all Government official websites. Our complete current affairs helps you to get more marks in Banking, insurance, UPSC, SSC, CLAT, Railway and all other competitive Exams. 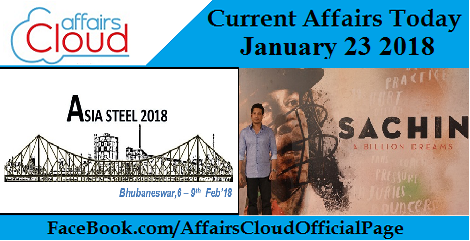 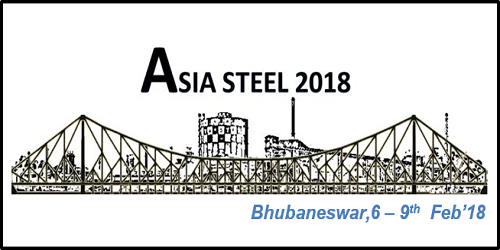 Details about 7th Asia Steel International Conference:
i. This conference will be organised by  Tata Steel and Indian Institute of Metals.
ii. 7th Asia Steel International Conference will serve as a platform for experts from across the world to discuss innovative and environment friendly technologies for making iron and promoting automation and digitisation in steel industry.
iii. Nearly 70 key speakers including those from countries such as Japan, China, Netherlands, the UK, Germany and the US will address this conference.
iv. This conference is held once in every three years. Last edition was held in 2015 at Yokohama, Japan. 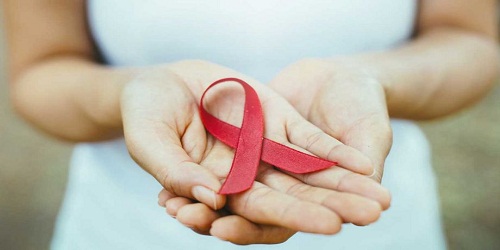 Nutrition scheme for HIV-positive children:
i. As per this nutrition scheme, nutritional supplement will be provided to boost immunity of more than 400 youth within the age of 18.
ii. Himachal Pradesh has made HIV test compulsory for every expectant mother from 2018. Jai Ram Thakur urged to conduct awareness campaigns in schools and colleges.
iii. He also insisted to organize skits and street shows to spread awareness among village people.
iv.Himachal Pradesh Education Minister Suresh Bhardwaj said that, the Education Department will collaborate with the Health Department to ensure education for HIV-positive children all over Himachal Pradesh.
Some wildlife sanctuaries in Himachal Pradesh:
♦ Chail Sanctuary – Chail
♦ Daranghati Sanctuary – Shimla
♦ Churdhar Sanctuary – Sirmour European Capital of Culture 2018:
i. Every year, the European Union (EU)  designates a European city/cities as European Capital of Culture  for a period of one calendar year. During this period, series of cultural events are organised in the designated cities.
ii. During 2018, over 400 events will take place across Valletta and the neighbouring island of Gozo which is part of Malta.
iii. All events will revolve around three focal themes viz. Island Stories, Future Baroque and Voyages.
iv. Valletta is sharing the role of European Culture Capital 2018 with Leeuwarden, a city in the Netherlands.
Quick Facts about Malta:
♦ Capital – Valletta
♦ Currency – Euro
♦ Current Prime Minister – Joseph Muscat 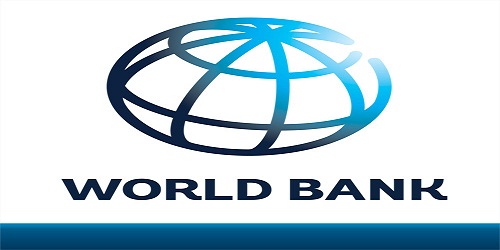 Loan for improving access to water supply in Uttarakhand:
i. In context of this news, Peri-Urban denotes those areas in the plains of Uttarakhand that are officially classified as rural but exhibit urban features in terms of density of population and the structure of the economy.
ii. This programme will not only increase water supply coverage but will also ensure sustainable water supply service delivery in peri-urban areas.
iii. The programme envisages development and implementation of a service-oriented and efficient water supply policy for peri-urban areas, strengthening current monitoring and evaluation systems and providing incentives for adoption of water supply master-plans in peri-urban areas.
Quick Facts about Uttarakhand:
♦ Capital – Dehradun
♦ Current Chief Minister – Trivendra Singh Rawat
♦ Current Governor – Krishan Kant Paul
♦ Important National Park – Jim Corbett National Park

IMF projects 7.4 % growth for India in 2018
In its January 2018 update of the World Economic Outlook: Brighter Prospects, Optimistic Markets, Challenges Ahead, International Monetary Fund (IMF) stated that Indian economy will grow at 7.4% in FY 2018-19.
Indian Economy’s Growth Prospect:
i. It is to be noted that in FY 2017-18, India lost its fastest growing economy tag to China owing to slowdown caused by demonetisation and the rollout of Goods and Services Tax (GST).
ii. However, IMF has forecasted that in FY 2018-19, India will reclaim fastest growing economy tag as China’s growth will slip to 6.6% against India’s 7.4%.
iii. For Global economic growth in current year, IMF has revised its forecast to 3.9%, faster than 3.7% forecast earlier in October  2017.
Quick Facts about International Monetary Fund (IMF):
♦ Founded in – 1945
♦ Headquarters – Washington D.C., US
♦ Current CEO – Christine Lagarde

India 5th most attractive market for investments
India has been adjudged as the 5th most attractive market for investments in a survey of CEOs conducted by consulting firm PricewaterhouseCoopers (PwC).
i.In the survey, around 9 per cent of global CEOs consider India as one of the most important countries for growth.
ii. Interestingly India ranked above Japan which received 8 per cent share.…………………….. .Click here to Read more
Top 5 Most Attractive Markets for Investment: 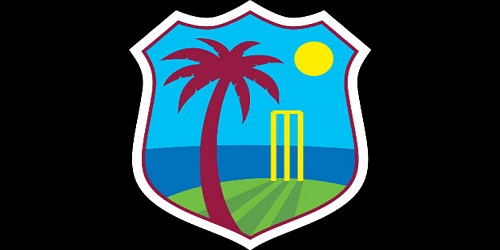 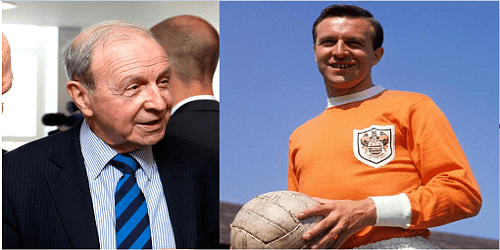 Death of Jimmy Armfield:
i. Jimmy Armfield was 82 years old. He is considered as one of the star players of team Blackpool. He is also a World Cup winner.
ii. His football career spun over 17 years with Blackpool team. In 2006, he was inducted into the Blackpool’s Hall of Fame.
About Blackpool Football Club:
♦ Founded – 1887
♦ Based in – Blackpool, Lancashire, England 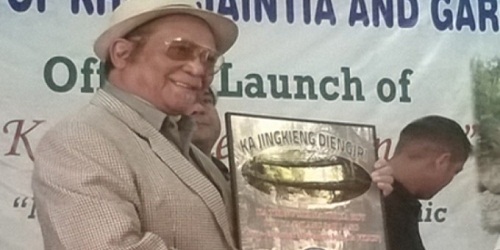 Death of Honsen Lyngdoh:
i. Honsen Lyngdoh was 83 years old. He had been suffering from age-related ailments.
ii. He had received the National Citizens Award in 1992, honouring his contributions to the development of Meghalaya.
iii. He had funded many road construction projects in rural areas, even before the central government took initiatives like Pradhan Mantri Gram Sadak Yojana.
About Pradhan Mantri Gram Sadak Yojana (PMGSY):
♦ Launched – 25 December 2000
♦ Purpose – to provide good all-weather road connectivity to unconnected villages all over India