We are here for you to provide the important current affairs January 14 2018 which have unique updates of all daily events from all newspapers such as The Hindu, The Economic Times, PIB, Times of India, India Today, Indian Express, Business Standard, all Government official websites. Our complete current affairs helps you to get more marks in Banking, insurance, UPSC, SSC, CLAT, Railway and all other competitive Exams. 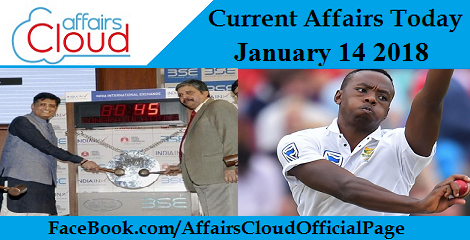 Bhogali Bihu celebrated in Assam with traditional fervour & gaiety
On 14th January 2018, the Bhogali Bihu also called as Magh Bihu festival began in Assam.
Bhogali Bihu:
i. The Bhogali Bihu is a harvest festival celebrated in Assam. The festival kick-started with the burning of traditional Meji and Bhelaghar made from thatch and fire woods.
ii. People offered prayers to God Agni. Various cultural programmes and traditional sports are held as part of the celebrations.
iii. Traditional foods were prepared at houses marking the festival. Generally the celebrations last for a week.
Some festivals of Assam:
♦ Ali-Aye-Ligang – spring festival of Mising people
♦ Ambubachi Mela – annual Hindu mela in Guwahati
♦ Barechahariya Bhaona – drama festival held every 5–6 years at Jamugurihat, in Sonitpur District Nitish Kumar launches schemes worth over Rs 200 crore:
i. Nitish Kumar visited Rohtas and Bhojpur districts for the “Vikas Samiksha Yatra”. He inaugurated and laid foundation stones for schemes valued at more than Rs. 200 crore.
ii. He inaugurated 257 schemes worth Rs. 222 crore, at a village in the Jagdishpur block of Bhojpur.
iii. He also visited a village under Amethi panchayat of the Sanjhauli block of Rohtas, which is the first panchayat in Rohtas to become ODF (Open Defecation Free).
Some wildlife sanctuaries in Bihar:
♦ Bhimbandh Wildlife Sanctuary – Munger district
♦ Kaimur Wildlife Sanctuary – Kaimur district
♦ Kanwar Lake Bird Sanctuary – Begusarai district

Indian Army establishes skill training centre for Kashmiri youth
With an objective to empower the Kashmiri youth, the Indian Army has established a Skill Training Centre at sector 10 Headquarters of Rashtriya Rifles (RR) in Baramulla district of Jammu and Kashmir.
Details about Skill training centre for Kashmiri youth:
i. This skill training centre is a public-private venture and has state of the art equipments.
ii. Unemployed educated youths of Pattan and its adjoining areas of Baramulla district will be imparted highly skilled training under National Skill Development Centre (NSDC).
iii. Initially, this centre will offer courses in Food Processing and Information Technology. Selected youths will be provided two weeks of specialized training. 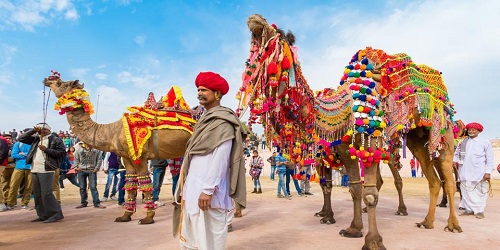 7th edition of ‘Rashtriya Sanskriti Mahotsav-2018’ begins in Karnataka
7th edition of the Rashtriya Sanskriti Mahotsav, under the Ek Bharat Shreshtha Bharat programme, began in Karnataka on January 14, 2018. This event will continue till January 20, 2018.
More information about 7th edition of ‘Rashtriya Sanskriti Mahotsav-2018’:
i. This event is being organised by Union Ministry of Culture. On January 14, 2018, Union Minister for Chemicals and Fertilisers and Parliamentary Affairs, Ananth Kumar and Union Minister of State for Culture (I/C) and Environment, Dr. Mahesh Sharma inaugurated the Mahotsav at Gandhi Nagar and Bengaluru.
ii. Key highlight of this Mahotsav will be various forms of art performances from classical and folk, music and dance, theatre to literature and the visual arts. A handloom and handicrafts-utsav is also being held at the event.
iii. Ek Bharat Shreshtha Bharat programme was launched by Prime Minister Narednra Modi on October, 31 2016. This programme aims to celebrate the idea of unity in diversity by promoting engagement amongst the people of different States/Union Territories and thereby strengthening people-to-people bond.
iv. Under this programme, Karnataka is paired with Uttarakhand. More Information about Economic Democracy Conclave:
i. This conclave has been organised by Rambhau Mhalgi Prabodhini.
ii. Rambhau Mhalgi Prabodhini is a charitable organisation working in the domain of training of social-political activist.
iii. The objective of the conclave is to serve as a platform for young entrepreneurs and self-employed individuals and provide them motivation, mentoring and networking opportunities.
iv. On January 14, 2018, President Kovind also visited the Global Vipassana Pagoda in Mumbai. 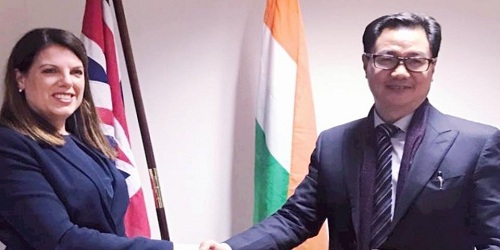 India signs with MoU with UK:
i. The MoU was signed by Kiren Rijiju, Union Minister of State for Home Affairs, and Caroline Nokes, UK Minister of State for Immigration, in Britain.
ii. Kiren Rijiju had gone on a week-long visit to Britain along with an Indian delegation.
iii. The MoU will enable return of illegal Indian immigrants in UK and also sharing of criminal records. Indian agencies have found nearly 2,000 Indians illegally staying in UK.
Some MoUs signed by India in 2017:
♦ India & Kenya – Cooperation in the field of Agriculture and Allied Sectors
♦ India & Pakistan – Prohibition of Attack against Nuclear Installations and Facilities
♦ India & Uruguay – For cooperation and mutual assistance in Customs Matters

India contributes USD 50000 towards UN youth mission
On January 12, 2018, India contributed USD 50000 to the United Nations’ youth mission.
i. Office of United Nations (UN) Secretary-General, Antonio Guterres’ Envoy on Youth works to raise international awareness and bring attention to youth issues across the world.
ii. It also promotes the engagement of youth and seeks their involvement in works related to sustainable development, peace and security, human rights and humanitarian action.
ii. Paulomi Tripathi, a First Secretary in India`s UN Mission, handed over the contribution to the UN Youth Envoy, Jayathma Wickramanayake.
iii. This contribution is in addition to the regular payments made by India to the UN`s general and peacekeeping budgets. It is voluntary and does not have any condition attached to it.

Information related to listing of IRFC’s green bonds:
i. Green Bonds: Main difference between regular bond  and Green Bond is that funds raised through Green Bonds are used for financing projects/business activities that are environment-friendly. Examples – projects in the areas of renewable energy, sustainable water management and clean transportation.
ii. IRFC’s green bonds have thus become the first debt security to be listed on an exchange at International Financial Services Centre (IFSC) in Gujarat’s GIFT city.
iii. IRFC’s Green bonds have an annual yield of 3.835 per cent.
iv. India INX’s Global Securities Market (GSM) on which IRFC Green Bonds have listed is India’s first debt listing platform, that allows foreign and Indian issuers to raise funds in any currency of choice.

Finance Minister unveils India’s First agri-Options by NCDEX
On January 14, 2018, Union Finance & Corporate Affairs Minister, Arun Jaitley launched India’s First Agri-commodity Options in Guar Seed on National Commodity and Derivatives Exchange Limited (NCDEX) platform in New Delhi
i. Options contract offers the buyer the right, but not the obligation, to buy or sell a stock/commodity/asset at an agreed-upon price (referred to as strike price) during a certain period of time up to a specific date.
ii. Guar seed options, which have been uniquely designed by NCDEX and approved by the Securities and Exchange Board of India (SEBI), will prove to be a useful tool for farmers in hedging the price fluctuation risk………………………………………………………..Click here to Read more 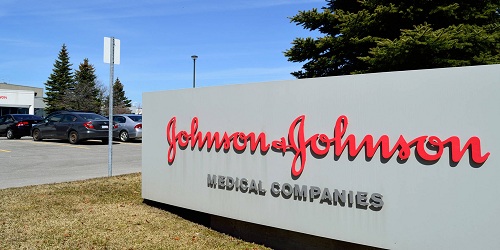 Johnson & Johnson partners with Maharashtra government:
i. The MoU was signed between Maharashtra state government and Johnson and Johnson in the presence of Deepak Sawant, Maharashtra Health Minister.
ii. Nearly 10,000 auxiliary nurse midwives (ANMs) and 60,000 Accredited Social Health Activists (ASHAs) in Maharashtra will be trained by Johnson and Johnson at the district level.
iii. The districts included are Nanded, Beed, Jalgaon, Dhule, Aurangabad, Jalna, Gadchirol, Hingoli and Nadurbar. Maternal and infant mortality rate is higher in these nine districts.
iv. They will also be trained to treat just born babies in the “golden minute” and protect them from infections. This agreement is valid for 2 years.
v. Johnson and Johnson will also aid in spreading awareness about TB (tuberculosis) among mine workers and their families.
About Johnson & Johnson:
♦ Headquarters – New Jersey, US
♦ Chairman & CEO – Alex Gorsky 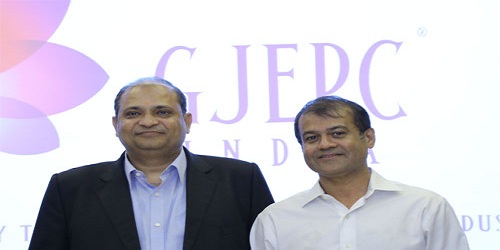 Kerala MLA KK Ramachandran Nair passes away
On 14th January 2018, KK Ramachandran Nair, Communist Party of India-Marxist (CPI-M) legislator, passed away at Apollo hospital, in Chennai.
Death of KK Ramachandran Nair:
i. KK Ramachandran Nair was 65 years old. He had been taking treatment for a liver disease for a brief period of time.
ii. He has a Master of Economics degree from NSS College, Pandalam. He had also finished his degree in law from Government Law College, Thiruvananthapuram. In 2016 he won in the assembly election from Chengannur and became an MLA.
Some rivers of Kerala:
♦ Periyar River
♦ Bharathappuzha River
♦ Pamba River

Imperfect:
i. The book ‘Imperfect’ was released by Dilip Vengsarkar, Sanjay Manjrekar’s first international captain.
ii. The book was published by Harper Collins. Sanjay Manjrekar has played 37 Test matches. His first test appearance was in the Delhi Test against the West Indies.
About Harper Collins:
♦ Headquarters – New York City, US
♦ Founded – 1989