We are here for you to provide the important current affairs January 10 2018 which have unique updates of all daily events from all newspapers such as The Hindu, The Economic Times, PIB, Times of India, India Today, Indian Express, Business Standard, all Government official websites. Our complete current affairs helps you to get more marks in Banking, insurance, UPSC, SSC, CLAT, Railway and all other competitive Exams. Cabinet Approvals On January 10, 2018
In a bid to liberalise and simplify the Foreign Direct Investment (FDI) policy and to provide ease of doing business in India, Union Cabinet has approved a number of amendments in the existing policy.
i. Cabinet approves MoU between India and Canada for cooperation in Science & Technology
ii. Cabinet approves implementation of CCEA decision on closure of Tungabhadra Steel Products Limited
iii. Cabinet approves continuation of Members of Parliament Local Area Development Scheme till the term of the 14th  Finance Commission i.e. till March 31, 2020.
iv. Cabinet has approved proposal to amend Section 4(1) and Section 5(1) of the National Trust for the Welfare of Person with Autism, Cerebral Palsy, Mental Retardation and Multiple Disabilities Act, 1999……………………………………...Click here to Read more 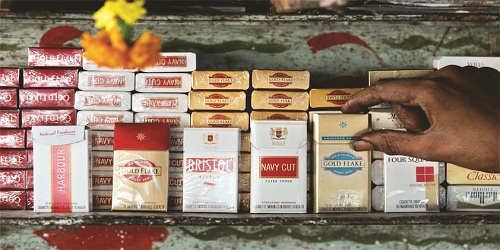 Information about Pictorial Warning on packets of cigarettes and other tobacco products:
i. On December 15, 2017, Karnataka High Court had struck down the Cigarettes and Other Tobacco Products (Packaging and Labelling) Amendment Rules, 2014 which mandated 85% pictorial warning on tobacco products packaging space.
ii .A Supreme Court bench comprising Chief Justice Dipak Misra and justices AM Khanwilkar and DY Chandrachud stated that it was “unimpressed” with the submissions of the Tobacco Institute of India (TII) asserting that the stay would infringe tobacco manufacturers’ fundamental right to do business.
iii .The bench is of the opinion that health of citizens should be accorded highest priority.
iv. In context of this news, it is to be noted that as per a report by World Health Organisation (WHO), pictorial warnings prove to be very effective especially in creating awareness among illiterate consumers.

Panel under B.R. Sharma to take a call on national anthem in cinema halls
Union Home Ministry has appointed a 12-member inter-ministerial committee to recommend changes in the existing law of playing of the national anthem in cinema halls and public places.
Details of the inter-ministerial committee:
i. The committee is headed by B.R. Sharma, Additional Secretary in the Ministry of Home Affairs.
ii. Other members of this committee include officers of the Joint Secretary rank representing Ministries of Home Affairs, Defence, Culture, External Affairs, Women and Child Development, Parliamentary Affairs, Human Resource Development, Law and Information and Broadcasting, Minority Affairs and the Department of Empowerment of Persons with Disabilities.
iii. First meeting of this committee will be held on January 19, 2018 and it will submit its final report within six months.
iv. This committee has been formed in wake of Supreme Courts observation – ‘it could not be assumed that if a person did not stand up for the national anthem, he or she was “less patriotic.”
v. The committee will make recommendations in context of existing Acts and orders relating to the Prevention of Insults to National Honour Act, 1971.

Government to launch new scheme for free treatment of Hepatitis C
From financial year 2018-19, Union Health Ministry will roll out a National Programme for Control of Viral Hepatitis, with a focus on Hepatitis C. Details about National Programme for Control of Viral Hepatitis:
i. Under the programme, an anti-viral treatment for Hepatitis C will be provided free at all government health set-ups.
ii. Rs 600 crore for the next three years has been sanctioned for executing this programme.
iii. In India, about 1.2 crore people are reported to be suffering from Hepatitis C.
iv. Union Health Ministry is considering to screen vulnerable groups, including drug users and people who underwent surgeries/ blood transfusion before 2002, as screening protocol at that time was not robust.
v. Hepatitis C is an infectious disease caused by the hepatitis C virus (HCV). It primarily affects the liver. 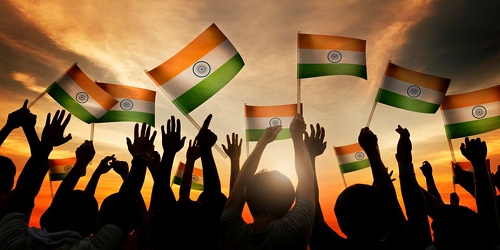 Restriction on national flag made of plastic:
i. An advisory from the Union Home Ministry has said that, since plastic flags are not biodegradable like paper flags, they do not decompose for a long time.
ii. Keeping in mind the proper disposal of national flag made of plastic, without affecting its dignity, the advisory has restricted the usage of plastic flags.
iii. The advisory has stated that on important national, cultural and sports events, only flags made of paper are to be used by public as per the Flag Code of India, 2002.
iv. These paper flags should not be discarded or thrown on the ground after the event. They should be disposed of, in private, without affecting the dignity of the flag.
v .The government has insisted everyone to comply with the Flag Code of India and The Prevention of Insults to National Honour Act, 1971.
National birds of few countries:
♦ United States – Bald eagle
♦ United Kingdom – European robin
♦ Singapore – Crimson sunbird

UIDAI introduces ‘Virtual ID’ for Aadhaar to address privacy concerns
On 10th January 2018, the UIDAI launched ‘Virtual ID’, which an Aadhaar-card holder can generate from UIDAI website.
Virtual ID for Aadhaar:
i. Virtual ID has been introduced to reduce privacy issues. This virtual ID that can be generated from UIDAI website can be used for purposes like SIM verification, instead of sharing the actual 12-digit biometric ID.
ii. The Virtual ID will be a random 16-digit number. Along with biometrics of the user, it will furnish limited details like name, address and photograph, required for verification to authorised agencies like mobile companies.
iii. Users can generate any number of Virtual IDs they want. The older ID gets automatically cancelled once a new ID is developed.
iv. UIDAI will accept Virtual ID from 1 March, 2018. From 1 June 2018 it will be made mandatory for all agencies that perform authentication to accept Virtual ID for verification.
v. The virtual ID will be valid for a particular period of time, or till the user generates a new one.
About UIDAI (Unique Identification Authority of India (UIDAI):
♦ Established – 12 July 2016
♦ Functions under – Ministry of Electronics and Information Technology (MeitY)

North and South Korea agree to hold military talks
North Korea has agreed to conduct talks with South Korea to reduce military tensions, to send a delegation to the upcoming Winter Olympics 2018 in  Pyeongchang, South Korea. 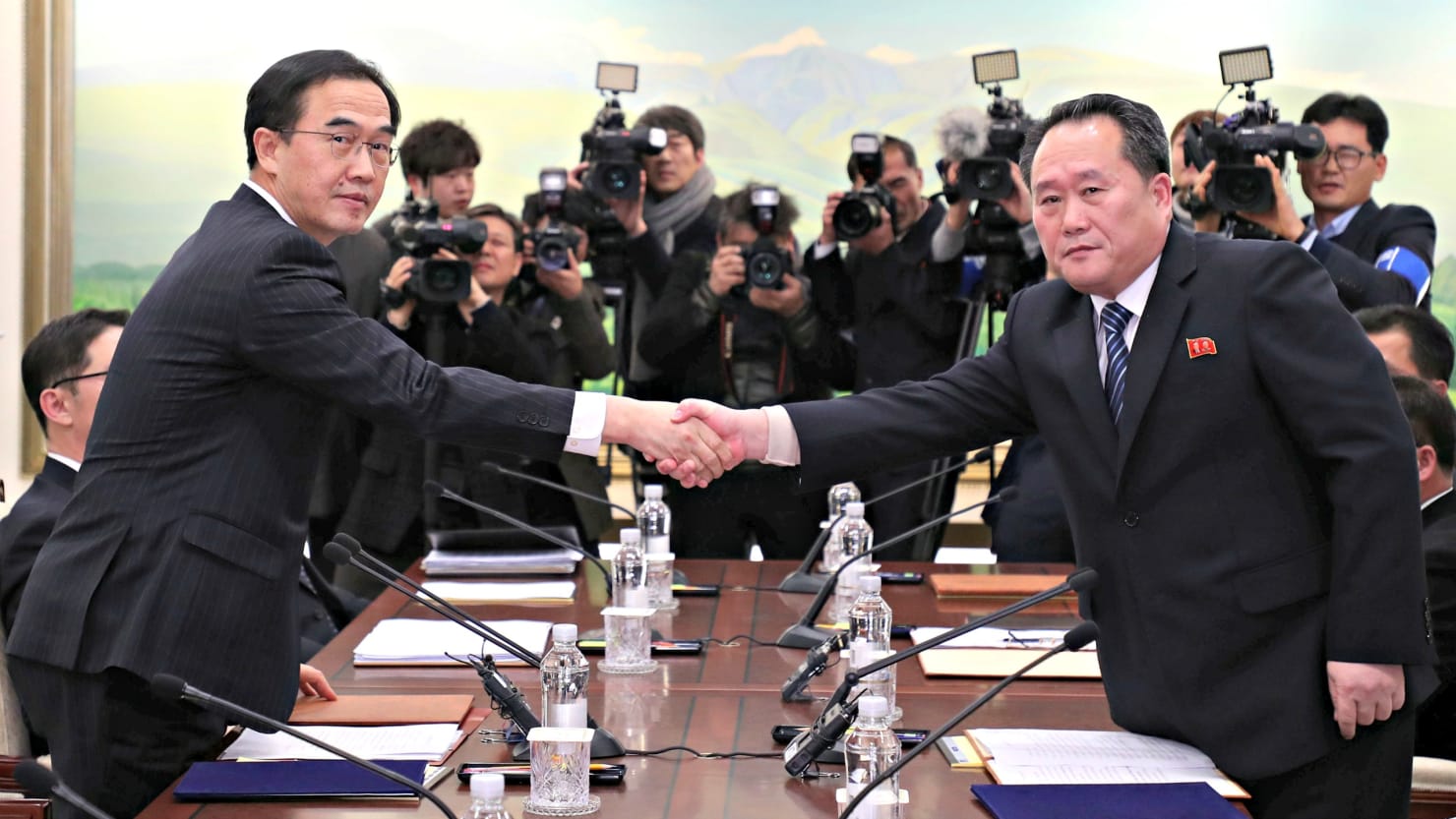 Highlights of 2018 Global Economics Prospect:
i. In 2017, India economy is estimated to have grown at 6.7 per cent despite lingering effects of demonetisation and teething problems related to implementation of the Goods and Services Tax (GST).
ii. Chinese economy grew at 6.8 per cent in 2017. For 2018, its growth rate is projected at 6.4 per cent.
iii. The report outlined that in the next decade, India will register higher growth rate as compared to other major emerging market economies.
Quick Facts about World Bank:
♦ Formed in – 1945
♦ Headquarters – Washington D.C., US
♦ Current President – Jim Yong Kim

South Korea, GCCI sign MoU for business cooperation
On January 9, 2018, an official delegation from South Korea and the Gujarat Chamber of Commerce and Industry (GCCI) signed a memorandum of understanding (MoU) for co-operation between South Korea and industries in Gujarat.
Details about South Korea –GCCI MoU:
i. The MoU focuses on cooperation in automobile, defence and textiles sectors.
ii. Through this MoU, Small and medium enterprises (SMEs) in Gujarat will get an opportunity to form joint ventures with South Korean firms in the above stated sectors.
iii. Technological help from Korean companies will enhance the export competitiveness of Gujarat’s textile industry.
Quick Facts about South Korea:
♦ Capital – Seoul
♦ Currency – South Korean won
♦ Current President – Moon Jae-in
♦ Important Rivers – Nakdong, Geum

Jeff Bezos surpasses Bill Gates’ net worth, becomes richest person ever
On 8th January 2018, Jeff Bezos, Amazon CEO, made a new record in terms of amount of wealth owned by a single person, with net worth of $105.1 Billion, as per Bloomberg’s Billionaire Tracker. 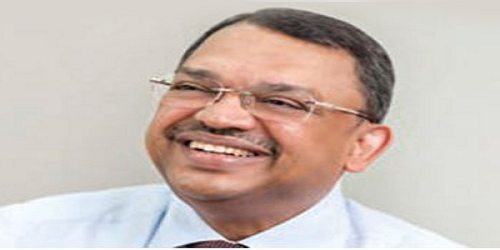 Sunny Verghese – WBCSD Chairman:
i. Sunny Verghese is 57 years old. He is the Co-Founder and the CEO of Olam International Limited. Tenure of Sunny Verghese as chairman of WBCSD is 2 years.
ii. He has become the first World Business Council for Sustainable Development (WBCSD) Chairman from the agri-sector. He has replaced Paul Polman.
About World Business Council for Sustainable Development (WBCSD):
♦ Founded – 1992
♦ Founder – Stephan Schmidheiny
♦ Location – Geneva, Switzerland 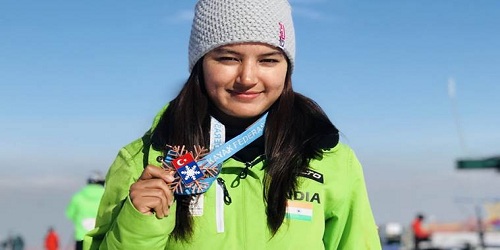