We are here for you to provide the important current affairs February 4 2018 which have unique updates of all daily events from all newspapers such as The Hindu, The Economic Times, PIB, Times of India, India Today, Indian Express, Business Standard, all Government official websites. Our complete current affairs helps you to get more marks in Banking, insurance, UPSC, SSC, CLAT, Railway and all other competitive Exams. Centre Sanctions New Project to Control Pollution of River Sal at Navelin, Goa
Union Ministry of Environment, Forest & Climate Change has sanctioned a new project to control pollution in River Sal at Navelim town in Goa.
Details about Pollution Control Project in River Sal:
i. This project has been sanctioned under National River Conservation Plan.
ii. it envisages construction of 32 kms of sewers and sewage treatment plant of 3 million litres per day (MLD).
iii. Estimated cost for this project is Rs. 61.74 crore, which will be shared by Centre and State in 60:40 ratio.
iv. Post completion (by January 2021), this project will not only will help in reduction of pollution load in the river and improve its water quality, but will also improve environment and sanitation in the town.
Facts related to River Sal:
♦ it is a small river in Salcete, Goa.
♦ It opens near Margoa, passes through several villages and drains in to Arabian Sea at Betul 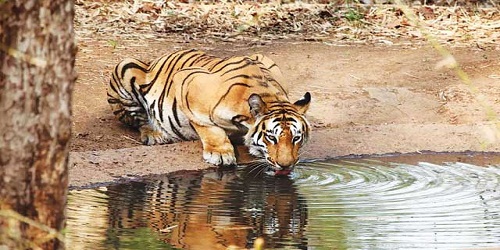 Details about New Wildlife Sanctuary in Maharashtra:
i. This decision was taken at the 13th meeting of the Maharashtra State Board for Wildlife, held on January 31, 2018.
ii. The meeting was chaired by Maharashtra Chief Minister Devendra Fadnavis.
iii. The new wildlife sanctuary will include 159 sq km of Brahmapuri forest. This decision will not only help in conserving the forest but will also benefit nearly 40 villages in the region on account of consequential increase of tourism related activities. Details about International Conference on ‘Demetrios Galanos and His Legacy’:
i. Demetrios Galanos was a Greek scholar who came to India to study in the nineteenth century. He stayed in India for 47 years (for 40 years he lived in the city of Varanasi).
ii. During the course of his stay, Demetrios Galanos compiled a Sanskrit-English-Greek lexicon of about 9000 words. He also translated the Bhagvad Gita into Greek.
iii. 8-day International Conference on ‘Demetrios Galanos and His Legacy’ is being held in Delhi as well as Varanasi. It has been organised by IGNCA.
iv. IGNCA’s ‘Bharat Vidya Prayojana’ project, under which, attempts are being made to reconceive Indology from Bharat perspective is the principle host of this conference.
Quick Facts about IGNCA:
♦ Launched in – 1985
♦ Located in – New Delhi
♦ Functions under – Union Ministry of Culture 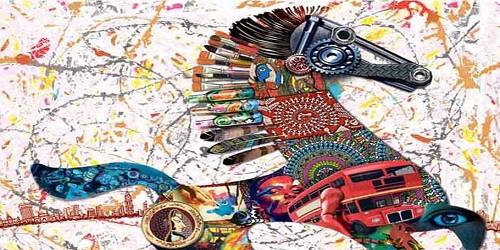 Highlights of Kala Ghoda Arts Festival 2018:
i. This year’s theme is ‘Hara Ghoda’ (Green Horse) focusing on sustainability and environment-friendliness.
ii. Art enthusiasts can witness an amalgamation of contemporary art illustrations, dance, theatre, music, literature and food during the course of this 9-day art festival.
iii. This festival is organised by Kala Ghoda Association, which was formed in 1998 with an objective of maintaining and preserving the heritage and art district of South Mumbai.

Vice President Naidu Inaugurates First International Kala Mela in New Delhi
On February 4, 2018, Vice President of India, M. Venkaiah Naidu inaugurated the First International Kala Mela (Art Festival) at Indira Gandhi National Centre for the Arts, New Delhi.
Highlights of First International Kala Mela:
i. This festival has been organised by Lalit Kala Akademi, India’s premier institution for the promotion of Art and Culture.
ii. During the course of this festival (4th – 18th February, 2018), around 800 artists will showcase their art works.
iii. Main objective of this festival is to facilitate direct interaction between artists and the experts of the art forms and also to raise awareness about the art.
iv. National and International experts will conduct various art workshops and activities including Visual Art Film Festival, Best from waste workshop, Musical performances, Violin making workshop, live performance and Dance Dramas during the festival.
v.Many Embassies and International Cultural Centres are also participating in this festival. i. This latest contribution of India is aimed at intensifying its partnerships with other developing countries.
ii. India-UN Development Partnership Fund was launched in June 2017  for supporting sustainable development projects in Least Developed Countries and Small Island Developing States.
iii. India has pledged a multi-year contribution of $100 million to this fund, out of which, it has already provided $6 million so far.
About United Nations Office for South-South Cooperation (UNOSSC):
♦ UNOSSC was formed by the UN General Assembly to advocate for and coordinate South-South and triangular cooperation within the UN system.
♦ UNOSSC is hosted by United Nations Development Programme (UNDP) since 1974.
♦ Director of UNOSSC is the Envoy of the Secretary-General on South-South Cooperation. The Director reports to UNDP Administrator.

Government makes PAN mandatory for transactions over Rs. 2.5 lakh
As announced in Union Budget 2018, providing Permanent Account Number (PAN) will be mandatory for any entity entering into a financial transaction of Rs 2.5 lakh or more with effect from April 1, 2018. 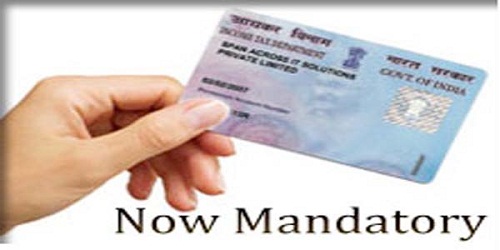 i.As per Finance Bill 2018, through which the Budget is passed, Permanent Account Number (PAN) would be used as Unique Entity Number for non-individuals.
ii. Thus, every non-individual entity shall be required to apply to the Assessing Officer for allotment of PAN.
iii.It has also been proposed that managing director, director,  CEO, partner , founder or any person competent to act on behalf of such entities shall also apply to the Assessing Officer for allotment of PAN.
iv.Objective behind bringing in this provision is to widen the tax base.
Quick Facts about Permanent Account Number (PAN):
♦ What is PAN? – A 10-character alpha-numeric identifier for individuals/entities who pay income tax
♦ First Issued in – 1964
♦ Issued by – Indian Income Tax Department functioning under Central Board of Direct taxes 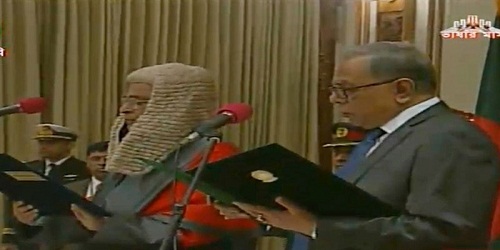 Shyam Benegal – V Shantaram Lifetime Achievement Award:
i. The V Shantaram Lifetime Achievement Award was presented to Shyam Benegal by C Vidyasagar Rao, Governor of Maharashtra, at the MIFF 2018 Valedictory Function at the National Centre for the Performing Arts (NCPA) in Mumbai.
ii. The award consisted of a Trophy, a shawl, citation and cash prize of Rs 10 lakhs. The award recognizes Shyam Benegal’s contribution to the documentary movements in India.
iii. He has made 28 feature films and 41 documentaries.  ‘Satyajit Ray’ and ‘Nehru’ are some of his award winning films. He has also received Padma Shri, Padma Bhushan and Dadasaheb Phalke Award.
About V Shantaram Lifetime Achievement Award:
♦ Awarded for – contribution to the documentary movement
♦ Awarded to – filmmakers
♦ Instituted in memory of – filmmaker V Shantaram 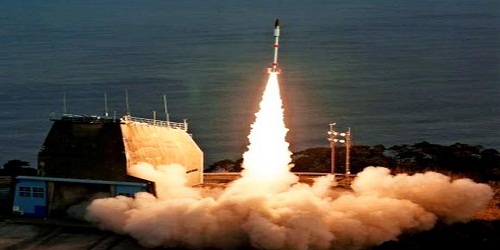 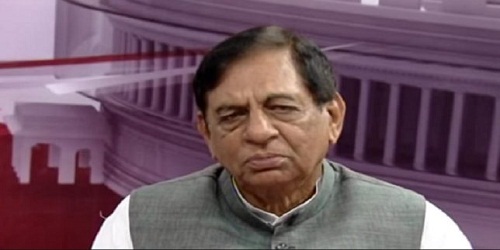 Death of Hukum Singh:
i. Hukum Singh was 79 years old. He was suffering from breathing difficulties. He is survived by five daughters.
ii. Hukum Singh started his law practice in 1969. He entered politics around 1974. His followers fondly called him ‘Babu Sahab’. He was member of the Uttar Pradesh state assembly for 7 times.
Some wildlife sanctuaries in Uttar Pradesh:
♦ Lakh Bahosi Sanctuary
♦ Kishanpur Wildlife Sanctuary
♦ Katarniaghat Wildlife Sanctuary 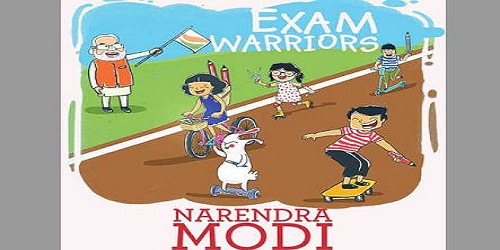 Exam Warriors:
i. The book ‘Exam Warriors’ was released by External Affairs Minister Sushma Swaraj. Prime Minister Narendra Modi was present during the release.
ii. This book has been published by Penguin India. It consists of 208 pages.
iii. This book has been written by Prime Minister Narendra Modi, in order to inspire youth and help them face difficult situations like examinations, with fresh and new energy.
About Penguin Books:
♦ CEO – Peter Field
♦ Headquarters – London, England