We are here for you to provide the important current affairs February 20 2018 which have unique updates of all daily events from all newspapers such as The Hindu, The Economic Times, PIB, Times of India, India Today, Indian Express, Business Standard, all Government official websites. Our complete current affairs helps you to get more marks in Banking, insurance, UPSC, SSC, CLAT, Railway and all other competitive Exams. Telangana govt appoints task force on urban mobility
On February 19, 2018, Telangana State Government constituted a task force on urban mobility to study the feasibility of the monorail model and other modes of transport for the IT corridor in Hyderabad.
i. Arvind Kumar, Principal Secretary, Municipal Administration is the Member Convenor of this task force.
ii. Other members of the task force include senior government officials and representatives from the corporate sector.
iii. The task force will suggest the corridors for phase II and phase III of the metro-rail project. It will suggest best and most economical ways of transport viz. monorail, tram and e-vehicles on various routes.
iv. Besides, the task force will recommend various options for funding such projects. The options may include public-private partnership (PPP), joint ventures and annuity funding.
Quick Facts about Telangana:
♦ Capital – Hyderabad
♦ Current Governor – E.S.L. Narasimhan
♦ Current Chief Minister – K. Chandrashekar Rao
♦ Important National Park – Mrugavani National Park Details about Delhi Govt’s ‘Mission Buniyaad’:
i. Announcement in this regard was made by Delhi Education Minister Manish Sisodia.
ii. ’Mission Buniyaad’, which is to be implemented from next academic session will focus on students of Class 3 to Class 8.
iii. This programme has been planned in wake of results of National Achievement Survey (NAS) conducted by National Council of Educational Research and Training (NCERT), to find out the learning standards of schoolchildren.
iv. As per findings of NAS, majority of Class 3 to 5 students in government and aided schools of Delhi, performed poorly in science, mathematics and languages.
v. ’Mission Buniyaad’ will run for three months from April to June, during which, students will be assessed on reading abilities and basic mathematics.
vi. Based on the assessment, students will be divided into groups for focused teaching. Students who perform up to mark will be placed in ‘Ujjawal’ group, those who score medium-level marks will be placed in ‘Utkarsh’ group while those who are behind their peers will be placed in ‘Udyam’ group.

UP unveils new tourism policy, woos investors with sops
On 19th February 2018, Uttar Pradesh government announced a new tourism policy aimed to raise tourist count and investment in Uttar Pradesh.
UP unveils new tourism policy:
i. Uttar Pradesh Tourism Minister Rita Bahuguna Joshi said the UP government has aimed to encourage at least four to five persons from the 6.5 lakh Indian villages to participate in the Kumbh Mela 2019 at Allahabad.
ii. The Department of Tourism aims for 10 % annual increase in the number of foreign tourists and 15 % annual increase in the number of domestic tourists.
iii. Uttar Pradesh government has grant tourism the status of an industry. Benefits provided by the government under the new tourism policy, for investments within 20 km radius of tourist sites in the 10 tourist circuits of Uttar Pradesh has been announced.
iv. The 10 tourist circuits are the Ramayana circuit, the Braj circuit, the Buddhist circuit, wildlife and eco-tourism circuit, Bundelkhand circuit, Mahabharata circuit, Shakti Peeth circuit, Adhyatmik circuit, Sufi circuit and the Jain circuit.
v. Under the new tourism policy, a “Bed and Breakfast” scheme has been launched. This scheme includes Ashrams also.
vi. Uttar Pradesh government offers 10 % subsidy on sports and cruise, 20 % on tentage facilities, 20 % on small budget hotels, 15 % on new resorts and 15 % on wellness centres and 25 % on light and sound and laser shows.
vii. Rs 70 crore has been allocated by Uttar Pradesh Chief Minister for this in the first phase. Also a total of Rs 1,000 crore has been assured in phased manner.
viii. A pathway would be constructed for tourists to reduce the distance between the Taj Mahal and the Red Fort. The number of tourist police has been increased from the current 150 to 650.
Some wildlife sanctuaries in Uttar Pradesh:
♦ Mahavir Swami Sanctuary
♦ Parvati Arga Bird Sanctuary
♦ Ranipur Wildlife Sanctuary

International R&D Conclave:
i. The International R&D Conclave is a two day conference. It is organised by Central Electricity Authority (CEA).
ii. It focuses on Emerging Opportunities and Challenges of R&D in Indian Power Sector. Sessions of the conference will be mainly related to R&D activities in Thermal Generation, Hydro Generation, Renewable Energy, Transmission, Grid Operation, Distribution, Trading, Marketing and Tariff.
iii. Nearly 100 entries for paper presentation were received. Out of this 45 papers have been selected to be presented in the Conference. Papers from Germany and Japan are also included in this list.
About Central Electricity Authority (CEA):
♦ Chairperson – Ravindra Kumar Verma
♦ Headquarters – New Delhi

Newborn mortality -India 12th worst among 52 low-income nations
According to a report by United Nations Children’s Fund (UNICEF), India has ranked 12th among 52 lower middle-income countries in terms of neonatal mortality rate.
i. Neonatal Mortality Rate in India is 25.4/1000 live births. With nearly 640000 newborn deaths each year, India accounts for a quarter of the global burden of neonatal deaths of 2.6 million babies.
ii. 57% of neonatal deaths in India occur in Uttar Pradesh, Bihar, Madhya Pradesh and Rajasthan. As these states account for 46% of all births, it can be inferred that States with the highest birth rates have higher newborn deaths……………………….Click here to Read more 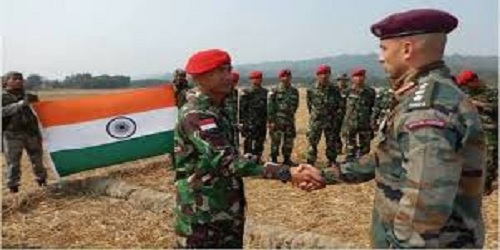 Details about sixth edition of ‘Garuda Shakti’:
i. This joint exercise between Indian and Indonesian Special Forces will continue till March 4, 2018.
ii. Objective of Garuda Shakti exercise is to strengthen relations between the two Armies of India and Indonesia and to enhance their ability to undertake joint tactical level operations.
iii. During the course of this exercise, Indian and Indonesian Special Forces will engage in counter-terrorism operations, close quarter combat, experience sharing and other areas of special operations.
Quick Facts about Indonesia:
♦ Capital – Jakarta
♦ Currency – Indonesian rupiah
♦ Current President – Joko Widodo
♦ Important Rivers – Citarum, Mahakam 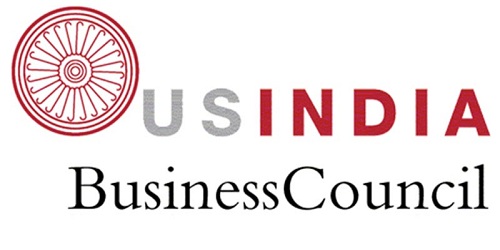 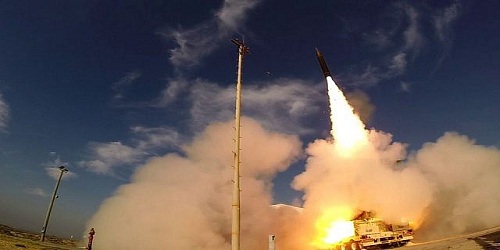 Arrow-3:
i. Arrow-3 is an advanced missile defence system having the ability to defend against ballistic missile threats outside the atmosphere.
ii. Arrow-3 is a part of Israel’s multi-layered system that is being developed to defend against short and mid-range rockets fired from Gaza Strip, Lebanon and long-range missiles from Iran. Iron Dome, David’s Sling, and the Arrow-2 systems are a part of it.
iii. It has been developed by Israel Aerospace Industries and Boeing. It started operations in January 2017.
About Boeing:
♦ Headquarters – Chicago, Illinois, U.S.
♦ CEO – Dennis Muilenburg

India successfully test fires medium range nuclear capable Agni-II missile
On 20th February 2018, India successfully test-fired medium range nuclear capable Agni-II Missile from Abdul Kalam Island off the coast of Odisha.
Agni-II missile:
i. Agni-II missile has a strike range of 2,000km. It is an Intermediate Range Ballistic Missile (IRBM).
ii. Trial of Agni-II missile was conducted from a mobile launcher at the launch complex-4 of the Integrated Test Range (ITR).
iii. The tests were conducted by Army’s strategic forces command (SFC). Logistic support was provided by the Defence Research and Development Organisation (DRDO).
iv. Agni-II missile is 20 metre long. It has a launch weight of 17 tonnes. It is capable of carrying a payload of 1,000kg up to a distance of 2,000km.
v. Agni-II has already been inducted into the services. It was launched as a training exercise.
vi. Agni-II is a two-stage missile. It features an advanced high accuracy navigation system. It is guided by a unique command and control system. It is propelled by solid rocket propellant system.
vii. The complete trajectory of its launch was tracked by radars, telemetry observation stations, electro-optic instruments and two naval ships in the Bay of Bengal.
viii. Agni-II was developed by the advanced systems laboratory jointly with other DRDO laboratories. It was integrated by the Bharat Dynamics Limited, Hyderabad.
About Bharat Dynamics Limited (BDL):
♦ CMD – V. Udaya Bhaskar
♦ Headquarters – Hyderabad 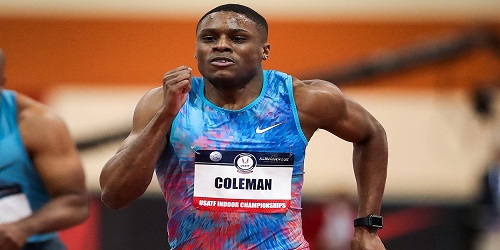 India to host World Environment Day 2018 celebrations with ‘Beat Plastic Pollution’ theme
On February 19, 2018, Union Minister of Environment, Dr. Harsh Vardhan announced that this year’s World Environment Day celebrations (on June 5, 2018) will be hosted by India.India to host World Environment Day (WED), 2018:
i. On February 19, 2018, Union Environment Secretary C K Mishra signed a ‘Letter of Intent’ to host the WED in India in presence of Erik Solheim, the head of United Nations Environment Programme (UNEP).
ii. This year’s theme of WED will be ‘Beat Plastic Pollution’ aimed at discouraging use of hazardous plastic.
iii. As a run up to the event, environmental awareness campaign and pollution mitigation activities are being planned in Delhi and other parts of India from 1st – 5th June 2018.
iv. Every year, a different country hosts the global celebration of the WED. India previously hosted WED global celebration in 2011. 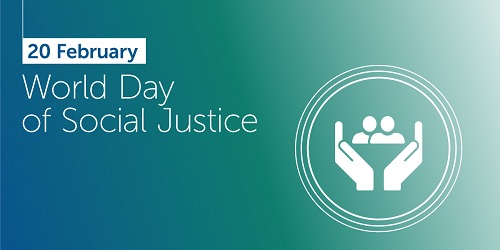