We are here for you to provide the important current affairs December 4 2017 which have unique updates of all daily events from all newspapers such as The Hindu, The Economic Times, PIB, Times of India, India Today, Indian Express, Business Standard, all Government official websites. Our complete current affairs helps you to get more marks in Banking, insurance, UPSC, SSC, CLAT, Railway and all other competitive Exams. 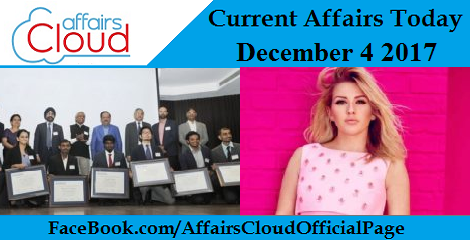 11th Annual MedTech Summit of Biodesign Programme held in New Delhi
Department of Biotechnology under Union Ministry of Science and Technology has implemented Biodesign Programme with an objective to develop innovative and affordable medical devices as per unmet clinical needs of India. Under this programme, 11th Annual MedTech Summit was organised in New Delhi on December 2, 2017.
i. The summit was inaugurated by Union Minister of Science & Technology, Earth Sciences and Environment, Forests & Climate Change, Dr. Harsh Vardhan.
ii. During the event, Dr. Harsh Vardhan launched ‘Noxeno’, a nasal foreign body removal device.‘Noxeno’ has been developed by Bengaluru-based start-up, InnAccel Technologies Private Limited…………………………………Click here to Read more International Arogya 2017, global summit on AYUSH and wellness, begins in Delhi
First International exhibition and Conference on AYUSH and Wellness sector, ‘AROGYA 2017’ begun in New Delhi on December 4, 2017. Abbreviation AYUSH stands for Ayurveda, Yoga and Naturopathy, Unani, Siddha and Homoeopathy. These are the medicine systems practised in India. Highlights of ‘AROGYA 2017’:
i. This event was inaugurated by Union AYUSH Minister, Shripad Yesso Naik.
ii. Theme of this conference is ‘Enhancing the global potential of Ayush’.
iii. This exhibition and Conference is being held to showcase the strength and scientific validation of these Indian System of Medicine (Ayurveda, Yoga and Naturopathy, Unani, Siddha and Homoeopathy) in the global context.
iv. Besides, it will also boost awareness and popularity of AYUSH Products in International market.
v. Over 200 Ayush and wellness delegates from over 50 countries will attend this four-day event.

PM inaugurates unique world-class hospital in Ahmedabad
On December 3, 2017, Prime Minister Narendra Modi inaugurated a unique world-class hospital at the Swaminarayan Gurukul Vidyapeeth Pratisthanam in Ahmedabad, Gujarat.
i. This 200-bed hospital offers best possible care for any ailment via three systems of medicine viz. Yoga, Ayurveda and Allopathy.
ii. The treatment process at this hospital combines best of traditional and modern medicine and offers world-class holistic care to patients at subsidised rates.
iii. PM Narendra Modi is on a visit to Gujarat for State Assembly election campaign. Gujarat State Assembly elections will be held on 9th and 14th December, 2017.

India submits Formal Document Opposing Ecommerce Talks at WTO
World Trade Organisation (WTO). India has taken such stand for the first time.
i. India has stated that it would continue the work under the Work Programme on electronic commerce based on the existing mandate and guidelines stipulated in programme on e-commerce adopted by the WTO countries in 1998.
ii. India has refused to negotiate on these matters as it believes that it could have negative implications for domestic manufacturers. Moreover, it could also result in loss of revenue as more products and services get delivered through electronic transmissions………………………………………………Click here to Read more 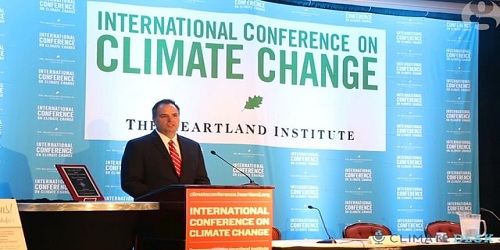 International Conference on climate change in Nepal:
i. The International Conference on climate change is held to draw attention on climate change and its adverse effects on people in the Hindu Kush mountain range.
ii. The conference is attended by more than 300 experts from different countries of Asia including India, Bangladesh, Bhutan, Nepal, Pakistan, and Myanmar. V K Saraswat, member of India’s Neeti foundation is leading the Indian delegation in the conference.
iii. The conference ‘Resilient Hindu Kush Himalaya: Developing Solutions towards a Sustainable Future for Asia’ is being organised by Nepal’s Ministry for Environment in collaboration with International Centre for Integrated Mountain Development (ICIMOD).
About International Centre for Integrated Mountain Development (ICIMOD):
♦  Formation – 1983
♦  Headquarters – Lalitpur, Nepal
♦ Director General – Dr David Molden

US Pulls Out of UN Migrant and Refugee Pact
On December 4, 2017, US Government under President Donald Trump has announced to withdraw from the United Nations (UN) Migrant and Refugee Pact.
i. Announcement in this regard came hours before the opening of a UN global conference on Migration in Puerto Vallarta, Mexico.
ii. In September 2016, 193 UN member countries unanimously adopted ‘New York Declaration for Refugees and Migrants’, a non-binding political declaration, pledging to uphold the rights of refugees, to help them resettle and providing them access to education and jobs.
iii. This declaration was strongly supported by the then US President Barack Obama. However, Donald Trump administration has pulled out from this pact citing the reasons that it interferes with American sovereignty and is not aligned to the current US immigration policies.
iv. This is the third instance in recent times, wherein US Government under Trump has pulled out from international pact/organisations. Earlier it withdrew from UN Climate Change treaty and then from UN’s cultural heritage body, UNSECO. Venezuela unveils new virtual currency amid economic crisis
In a bid to ease country’s economic crisis, Venezuelan President Nicolas Maduro has announced the creation of a new virtual currency, ‘Petro’:
Information about ‘Petro’ and Venezuela’s Economic Crisis:
i. Mr. Maduro has stated that Government will issue Petro cryptocoins which would be backed by Venezuela’s oil, gas, gold and diamond wealth.
ii. He also announced the creation of a “blockchain” observatory in Venezuela which will be the institutional, political and legal basis for ‘Petro’. This observatory will be overseen by Venezuela’s Ministry of University Education, Science and Technology.
iii. Falling oil revenue has negatively affected Venezuela’s economy. Besides, sanctions imposed by US are adding to the woes of the already ailing economy.
iv. Economists believe that Mr. Maduro will pay Venezuela’s foreign debtor with ‘Petro’ and will thereby attempt to restructure country’s debt.
Quick Facts about Venezuela:
♦ Capital – Caracas
♦ Currency – Bolivar fuerte
♦ Current President – Nicolas Maduro
♦ Important River – Orinoco, Caroni 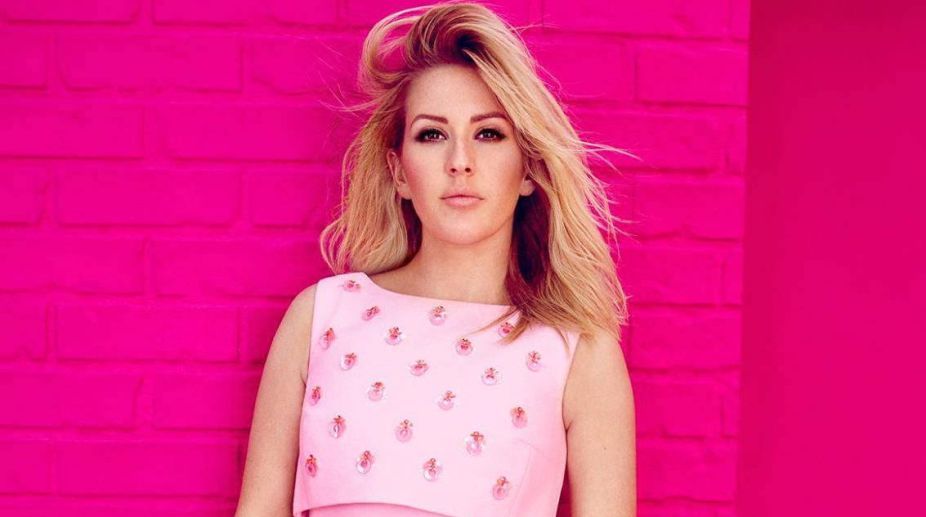 i. Uhuru Kenyatta won a presidential election with 98 percent of the vote, held on 26 October 2017, which was boycotted by the opposition party.
ii. He took the oath at Nairobi’s Kasarani stadium. The ceremony was attended by heads of state from across east Africa.
iii. Uhuru Kenyatta is 55 years old. He is the son of the Kenya’s founding President and a member of Kenya’s largest community, the Kikuyu.
About Presidents of various countries:
♦ Italy – Sergio Mattarella
♦ Maldives – Abdulla Yameen
♦ Portugal – Marcelo Rebelo de Sousa
♦ Somalia – Hassan Sheikh Mohamud 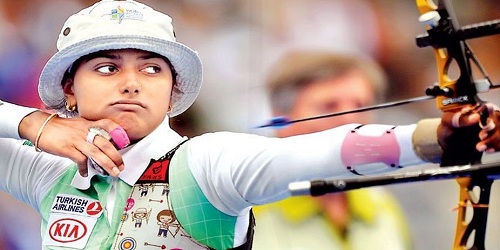 Indian Navy Day:
i. Indian Navy Day is celebrated annually on December 4 to celebrate the Indian Navy’s achievements and commemorate the sacrifices made by the personnel.
ii. On 4th December 2017, award-winning innovations by the Indian Navy were put on display at the “Innovation Pavilion” at the Navy House in New Delhi.
iii. The innovations by Indian Naval Ships ‘Kuthar’ and ‘Vikramaditya’, have been selected as the winner and runner-up respectively in the ‘Operational Units’ category.
iv. The innovations by the Weapons Electronic Systems Engineering Establishment (WESEE) and Naval Aircraft Yard, Kochi were selected as the winnerand runner-up respectively in the ‘Shore Establishments’ category.
About Indian Navy:
♦ Chief of the Naval Staff (CNS) – Admiral Sunil Lanba
♦ Vice Chief of the Naval Staff (VCNS) – Vice Admiral Ajit Kumar
♦ Motto – May the Lord of the Water be auspicious unto us