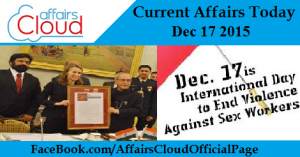 The Lok Sabha has passed the Commercial Courts, Commercial Division and Commercial Appellate Division of High Courts Bill, 2015 which the government claimed would help bring in big foreign investments into the country and improve India’s global image on ease of doing business. The measure will help set up commercial benches in selected high courts to settle high value commercial disputes.

The demand was first made by the BJP’s Kirti Azad which was later supported by other members. The bill was, however, opposed by the BJD and RSP saying that it accorded special treatment and speedier justice for high-value commercial disputes and nothing for the common man. 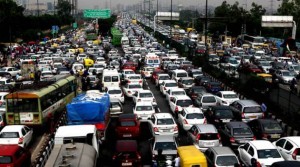 The Union Cabinet, chaired by the Prime Minister Shri Narendra Modi, has approved a policy framework for development of Underground Coal Gasification (UCG) in coal and lignite bearing areas in the country.

Uttar Pradesh Governor Ram Naik has given his assent to UP Revenue Code (Amendment) Ordinance 2015. The state government had sent the ordinance to the Governor for his approval for the amendment in UP Revenue Code 2006. 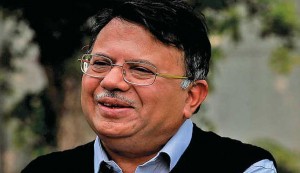 The Justice (Retd) A P Shah panel has been constituted to look into acts of omission and commission and recommend compensation to ONGC whose natural gas from Bay of Bengal block had flowed to adjoining fields of Reliance Industries Ltd. (RIL).

The Union Cabinet, chaired by Prime Minister Narendra Modi, gave its approval for introduction of a Bill for amendments to the Constitution (Scheduled Castes) Order, 1950, in order to modify the list of Scheduled Castes in respect of the five states— Chhattisgarh, Haryana, Kerala, Odisha and West Bengal.

The castes and communities that were found eligible for their inclusion in SC category:

The proposal also seeks some changes in the Central List of Other Backward Classes of the states of Chattisgarh, Haryana and Kerala. 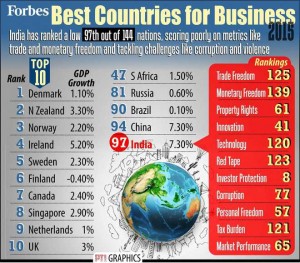 Federal Reserve of US increased interest rate by 0.25% for the first time since 2006 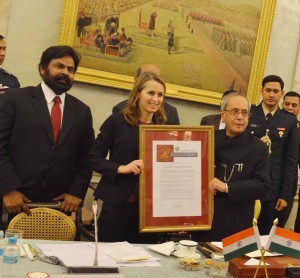 Tata Starbucks appointed Sumi Ghosh as its CEO with effect from January. The current CEO of Tata Starbucks, Avani Davda resigned from the position.

Former IPL commissioner, Lalit Modi will be back as a president of the Rajasthan Cricket Association (RCA).

Scientists found fossils of a new species of ‘sail-backed’ dinosaur in Spain. The Scientists from National University of Distance Education (UNED) in Spain described the species Morelladon beltrani that lived a little over 125 million years ago.

Book: “The Bose Brothers and Indian Independence – An Insider’s Account” by Madhuri Bose.

International Day to End Violence Against Sex Workers is observed on December 17 every year.The day was launched in 2003 as as a memorial and vigil for the victims of the Green River Killer in Seattle Washington.

Purpose : To remember those  lost this year and renew our commitment to the on-going struggle for empowerment, visibility, and rights for all sex workers.