We are here for you to provide the important current affairs August 9 2018 which have unique updates of all daily events from all newspapers such as The Hindu, The Economic Times, PIB, Times of India, India Today, Indian Express, Business Standard, all Government official websites. Our complete current affairs helps you to get more marks in Banking, insurance, UPSC, SSC, CLAT, Railway and all other competitive Exams. Objective:
It provides wide range of information required to undertake international trade.
Key Points:
i.It will help promote export in the country and increase the ease of doing business.
About the App:
i. It has been developed by the Federation of Indian Export Organizations (FIEO).
ii. It has the following features:

Bid round –II under Discovered Small Field Policy for exploring  and extracting oil and natural gas launched by Petroleum  Minister
On August 9, 2018, Bid round –II under Discovered Small Field Policy was launched by Shri Dharmendra Pradhan, Minister of Petroleum and Natural Gas & Skill Development and Entrepreneurship.
Key Points:
i. The government aims to increase India’s growth to become the 4th largest economy and is bringing policy reforms to the energy sector . They are focused on: Energy Access, Energy Efficiency, Energy Sustainability and Energy Security.
ii. Discovered Small Fields (DSF) policy is a part of that reform.
About Small Field Policy:
i. Launched by Ministry of Petroleum and Natural Gas India in 2016, it aims to extract the Oil, Natural gas from the un-monetized small oil/gas discoveries available in the country.
ii. DSF Bid Round-I launched by the Government was completed in a record time of 10 months.
iii. DSF Bid Round-II will offer larger field areas in commercially producing basins.
iv. The features of the Bid round 2 are:

Background:
According to the International Energy Agency (IEA), India is expected to account for almost one-third of the global growth in energy demand by 2040.

About Van Dhan Vikas :
It was launched at Bijapur District, Chattisgarh on 14.04.2018 and aims to at economic development of tribals in collection of Minor Food Produces (MFPs) Under it, 10 Self Help Groups (SHGs) of 30 Tribal gatherers will be constituted. About 3000 Van Dhan Vikas Kendras are proposed to be set up in span of 2 years.

Government sets up 4-member GoM committee headed by Suresh Prabhu to decide on participation in RCEP agreements
On August 9, 2018, four-member Group of Ministers (GoM) headed by Union Minister of Commerce and Industry Suresh Prabhu has been constituted to to discuss concerns of trade pact with RCEP countries.
i. This meeting will determine whether India is willing to give 92% of its market access to these countries or not for free trade or not.
ii. The trade pact will affect the sectors of steel, pharmaceuticals, agriculture, electronics, heavy industry, textiles and chemicals as there will be an influx of Chinese products effecting the domestic markets.
iii. These talks are to be held before the upcoming trade negotiations in  RCEP Summit with member nations — including Japan, China, Australia, New Zealand and South Korea in November 2018.
iv. Apart from that 16 member RCEP ministerial meet is on 30 and 31 August in Singapore.
Regional Comprehensive Economic Partnership (RCEP)
RCEP is proposed free trade agreement (FTA) or comprehensive regional economic integration agreement between the 10-ASEAN countries (Brunei, Cambodia, Indonesia, Laos, Malaysia, Myanmar, Philippines, Singapore, Thailand, Vietnam) and its six FTA partners (Australia, New Zealand, India, China, Japan and Korea)
i. It has a collective GDP of $22.5 trillion.

Swaminathan panel report being implemented for better livelihood of farmers: Agriculture minister
On August 9, 2018, the agriculture minister Radha Mohan Singh announced that government would implement Swaminathan Committee’s reportto improve living standards of farmers and upliftment of farm sector.
Key Points:
i. In 2006, President of the National Commission on Farmers (NCF) Swaminathan had recommended the following: 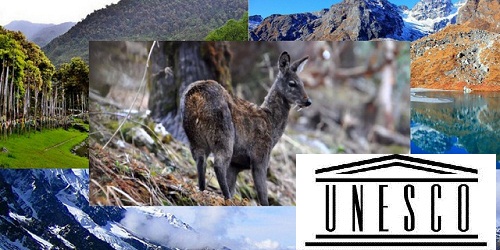 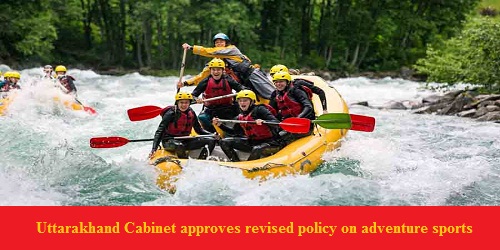 Revised policy on adventure sports:
i. It has imposed a total ban on smoking and substance abuse by enthusiasts when they perform rafting, kayaking or canoeing in Uttarakhand.
ii. As per the revised policy, a minimum qualification has been fixed for raft operators. Also, stricter penal provisions have been formulated for violators.
iii. Uttarakhand Cabinet also approved revised rules on paragliding and aero sports to improve public safety.
iv. It also approved amendments in the Religious Freedom Act, bringing a well-defined procedure for cancellation of registration of institutions involved in fraudulent activities in the name of religion.
National Parks in Uttarakhand:
♦ Jim Corbett National Park
♦ Gangotri National Park
♦ Rajaji National Park

HSBC launches online platform “MyDeal” to raise funds through capital markets
HSBC has launched a new digital platform named “MyDeal” to simplify capital raising process through capital markets by offering real-time access to information like investors’ feedback, profiles, client orders and deal pricing.
MyDeal:
i. MyDeal consists of all information related to a client’s capital markets transaction. It is updated on real time basis.
ii. MyDeal has raised more than USD 25 billion in its pilot phase in the first 7 months through more than 30 transactions worldwide.
iii. MyDeal can be accessed using a tablet or desktop. It uses application programming interface (API) technology to centralise data from multiple channels.
iv. The data is presented through custom-made graphs and visuals. The app would be released through the online store later in 2018, for direct use of clients.
About HSBC:
♦ Group Chief Executive – John Flint
♦ Headquarters – London i. This would enable consumers to easily open PayPal accounts and set it as their preferred payment method.
ii. This will enable the customers to shop how, where and when they choose.
iii. This will benefit both consumers and merchants.
HDFC:
♦ Headquarters: Mumbai.
♦ CEO: Aditya Puri.
♦ Tagline: We Understand your world.
♦ Founded: August 1994.

PayU & Reliance Money announce strategic partnership for instant personal loan
On August 9, 2018, PayU India partnered with Reliance Money to offer personal loans via LazyPay.
Objective:
To reach out to the underserved consumers in India,
Key Points:
i. This facility will be available to consumers in 10 cities, including metro cities and tier-II cities like Ahmedabad, Jaipur, Hyderabad, Bangalore, Chandigarh, Lucknow.
ii. The loan amount will start from Rs. 100 and will extend up to Rs. 1,00,000 with a duration varying from 15 days to 24 months.
iii. Reliance Money would carry out a one-step digital KYC process reducing the time to check.
iv.Customers would get an instant credit through a paperless process.
LazyPay:
It is a product powered by PayU that lets the customers avail services and pay for them at a later time. IMF forecasts India’s GDP to grow at 7.5 % in 2019/20 fiscal year:
i. IMF has stated in its report that, this growth is attributed to strengthening of investment and strong private consumption.
ii. It has said that, the near-term macroeconomic outlook for India is broadly favourable.
iii. India’s GDP forecast is 7.3 % in fiscal year 2018/19 and 7.5 % in 2019/20.
iv. Headline inflation is projected to increase to 5.2 % in fiscal year 2018/19 due to tightening of demand conditions, recent depreciation of the rupee and higher oil prices, housing rent allowances and agricultural minimum support prices.
v. Current account deficit is projected to increase to 2.6 % of the GDP due to rising oil prices and strong demand for imports, offset by a slight increase in remittances.
vi. The report has said that, continued fiscal consolidation is required to lower increased public debt levels, along with simplifying and streamlining the GST structure.
vii. Major macroeconomic challenges were identified as persistently-high household inflation expectations and large general government fiscal deficits and debt.
About International Monetary Fund (IMF):
♦ CEO – Christine Lagarde
♦ Headquarters – Washington, D.C., United States 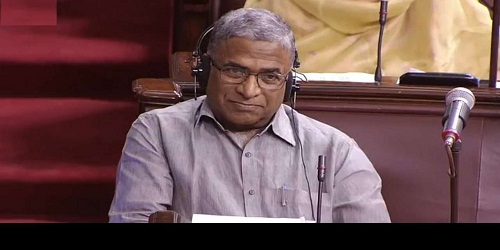 Ivan Duque sworn in as Colombia’s youngest 60th President
On August 9, 2018, Colombia’s President-elect 42-year-old Ivan Duque has been sworn in as the country’s 60th president.
i. He replaced Juan Manuel Santos and became the youngest president in Colombia’s recent history.
ii. He defeated left-leaning candidate, Gustavo Petro, in a presidential runoff in June with 54 percent of the vote. 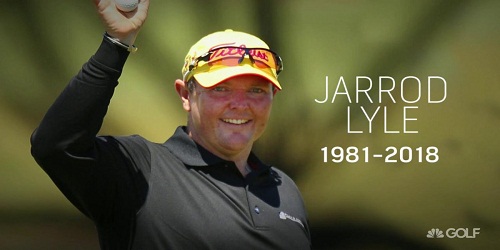 i. Jarrod Lyle was 36 years old. He had won the feeder Web.com tour two times. He had played 121 US PGA Tour tournaments in his career. Death of Nicholas Bett:
i. Nicholas Bett was 28 years old. In 2015 IAAF World Championship held in Beijing, he won gold medal.
ii. He had made a Kenyan record of 47.79. In Commonwealth Games 2018 in Australia, he finished at 8th position in the 400m hurdles event.