We are here for you to provide the important current affairs of August 20 2017 which have unique updates of all daily events from all newspapers such as The Hindu, The Economic Times, PIB, Times of India, India Today, Indian Express, Business Standard, all Government official websites. Our complete current affairs helps you to get more marks in Banking, insurance, UPSC, SSC, CLAT, Railway and all other competitive Exams. Government to conduct ‘world’s largest sample survey’ for students
On November 13, 2017, Human Resource Development (HRD) Ministry will be conducting National Assessment Survey (NAS) for the students of class 3, 5, and 8 for assessing various learning outcomes.
More details about National Assessment Survey (NAS) to be conducted by HRD Ministry:
i.So far, during several rounds of the survey, a total of 4.45 lakh students have been tested for various learning outcomes.
ii.This time, approximately 30 lakh students will be assessed in the year 2017-18 making it the world’s largest sample survey of student learning achievement.
iii.On basis of this survey, for the first time, teachers will have a tool to understand what exactly the child should be learning in various classes.
iv.Besides, for the first time there will be a detailed district-specific report card for all the districts in the country.
v.It is to be noted that so far, National Council of Educational Research and Training (NCERT) has conducted four rounds of National Achievement Survey (NAS) for Class 5, three rounds for classes 3 and 8 and one round for Class 10.

Assam’s country liquor gets branded, to be flavoured
To prevent adulteration and revenue leakage, the Assam government has decided that country liquor would be grain-based, undergo chemical tests and be branded and make it mandatory for the bottles to sport a hologram as in the case of IMFL.
Key Points:
i.Four companies have applied for production and bottling license of country liquor two at Kamrup Metro district, one in Kamrup Rural district and one in Jorhat district.
ii.The factory at Jorhat has registered the Rhino brand for their product.
iii.The Rhino brand will initially have three products. Out of them, two will be orange and pineapple flavouredwhile one will be unflavoured.
iv.Unlike earlier, the grain will be fermented to make extra neutral alcohol (ENA), which will be used to make the spirit.
v.The whole process will be monitored in factories and there will be chemical tests.
vi.The government has also amended excise rules to put in place a scientific system of bottling and trading of the country spirit.
vii.The new rules intend to make the entire trade hygienic and transparent.
About Assam
Capital : Dispur
Governor : BanwarilalPurohit
CM : SarbanandaSonowal

Delhi Metro opens plant to recycle construction waste
Delhi Metro has opened a facility to recycle the waste produced during its demolition and construction work.
Key Points:
i.The construction waste generated by DMRC is generally dumped at pre-designated sites identified and approved by the government.
ii.According to the Delhi Metro Rail Corp (DMRC) to utilize this waste, this new facility has been constructed.
iii.A plant in Rohini in north Delhi will manufacture green products like aggregates, manufactured sand, concrete bricks, tiles, paver-blocks and kerb stones.
iv.The facility, which will be managed by IL&FS Environment, will have the capacity to process 150 tonnes of waste every day.
v.By adding the use of “wet technology” employed during the processing of materials will be able to minimize the dust and noise pollution.
vi.It is provided to “recover and recycle” about 95%  of incoming waste like cement concrete pile heads, re-bars, concrete blocks, broken bricks, cement plaster and many other materials.

Maharashtra ryots to get funds, support
The Maharashtra platform is aimed at measures such as micro irrigation for cotton. It will look at ways to use structured finance instruments for adopting micro irrigation for Maharashtra farmers.
Key Points:
i.The 2030 Water Resources Group (2030WRG), a consortium of public and private sector entities under the International Finance Corporation (IFC) will be raising up to $10 million to help about four lakh cotton farmers in Maharashtra.
ii.The Maharashtra government will adopt sustainable water and agriculture practices.
iii.The global corporates and textile players such as H&M and Marks & Spencer will raise funds for them.
iv.The money would be raised and channelled through the Maharashtra Cotton Water Platform.
v.It is a joint initiative of the Maharashtra Government, NGOs and industries aimed at de-risking the livelihoods of cotton farmers. Utrecht has opened the world’s largest bicycle parking garage. The parking lot is spread in an area of over 17,100 sq m and three storeys.
i.In the Netherlands, where bicycles outnumber citizens, bike parking is serious business. The country just opened the first phase of what will soon become the world’s largest bike parking garage—a 184,000-square-foot space beneath Utrecht’s central train station, capable of holding 12,500 parked bikes by the end of next year.
ii.Last month, Prime Minister Narendra Modi was gifted a bicycle by his Netherlands counterpart Mark Rutte during his visit to that country during the last leg of his 3-nation tour. After the high-profile meeting was over, PM Modi was gifted a cycle by Rutte.

Preethi Srinivasan receives Kalpana Chawla award
Preethi Srinivasan, the former State under-19 cricket captain, who braved a debilitate accident to support those suffering from spinal cord injuries like her was presented with the ‘Kalpana Chawla Award for Courage and Daring Enterprise’.
Key Points:
i.The award was presented by Chief Minister Edappadi K. Palaniswami during the 71st Independence Day celebrations at Fort St. George in Chennai.
ii.Preethi, confined to a wheel chair, started a trust called ‘Soul Free’ to create a help group for others like her.
iii.Her organisation strives to provide all-round support.

Telangana CM chosen for agriculture leadership award
According to a statement from the Chief Minister’s Office the Telangana Chief Minister K Chandrashekhar Rao has been selected for the prestigious Agriculture Leadership Award-2017.
Key Points:
i.A committee is headed by agriculture scientist MS Swaminathan has recommended the CM’s name.
ii.The award will be presented on 5th September at Taj Palace Hotel in New Delhi.
iii.The Chief Minister has been selected for the award for his innovative services rendered to the welfare of farmers and the farm sector.
iv.The award, instituted by Indian Council of Food and Agriculture in 2008 since then it is presented every year. 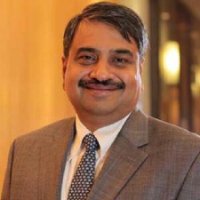 Key Points:
i.He replaced K Venkataraman.
ii.He is appointed for the period of three years.
About KarurVysya Bank
Karur Vysya Bank founded on 1916.
HQ: Karur, Tamil Nadu India
Chairman: B. Swaminathan
It has 715 branches and network of 1748 ATM’s and around 446 cash deposit machines as on 20thAPRIL 2017. 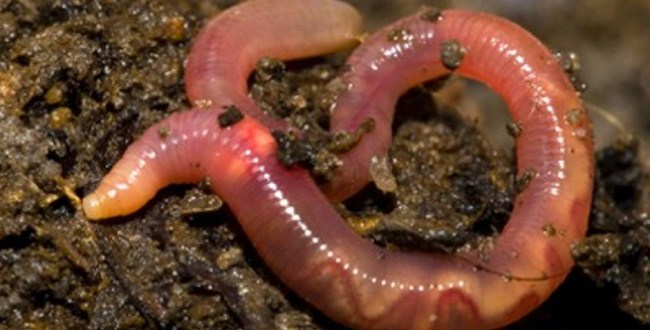 Key Points:
i.The findings were published in the Journal Zoo Keys in August 2017.
ii.The discovery was made by scientists S Prasanth Narayanan, S Sathrumithra, G Christopher all affiliated with Kerala’s Mahatma Gandhi University.
iii.The two new species are named as Drawida polydiverticulata and Drawidathomasi.
iv.Drawida Polydiverticulata has an organ located in the front of its body called multiple lobes or diverticulums.
v.Drawida Polydiverticulata was found in the protected shola grasslands of the Munnar region including Eravikulam National Park, Pampadun Shola National Park and Chinnar Wildlife Sanctuary.
vi.Drawida Thomasi was found at the Kozhippara Waterfalls near Kakkadampoyil at the border between Malappuram and Kozhikode.
vii.Till date, there are 73 species of the genus Drawida confirmed to be living in the Indian subcontinent.
viii.The species name Thomasi is a tribute to Professor A.P. Thomas who initiated the taxonomical studies on the earthworms in Kerala after being at a standstill for almost a century.

SadbhavanaDiwas –Birth Anniversary of Rajiv Gandhi
The birthday of Shri Rajiv Gandhi is celebrated on 20th August every year. It is called Sadbhavana Diwas. The Sadbhavana Diwas 2017 is the 73rd birth anniversary of Rajiv Gandhi.
Key Points:
i.At this day, a variety of cultural festivals and competitions are held in various states of the country.
ii.People celebrate this day by conserving the greenery, preserving the natural beauty, planting the tree, protecting the environment as well as conserving the natural resources.
iii.This day is celebrated in order to make aware the people about the necessary environment topics.
iv.People pay respect and honor to the memorial Veer Bhumi of the Rajiv Gandhi.
v.They provide tribute to the statue of Rajiv Gandhi by offering wreaths at the Veer Bhumi (the place of cremation).
Importance of SadbhavanaDiwas
i.Sadbhavana Diwas is celebrated every year in the memory of Rajiv Gandhi who dreamed to make India a developed country.
ii.His vision of making India a developed country is clearly seen by the number of economic and social works for the country.
iii.His quotations are very inspiring which inspire the youths of the country to lead India.
Recipients of the Rajiv Gandhi National Sadbhavana Award are:
Rajiv Gandhi National Sadbhavana Award (English: Rajiv Gandhi National Communal Harmony Award) is an Indian award given for outstanding contribution towards promotion of communal harmony, national integration and peace.
It was instituted in 1992.
Cash Award: Rs 10 lakh 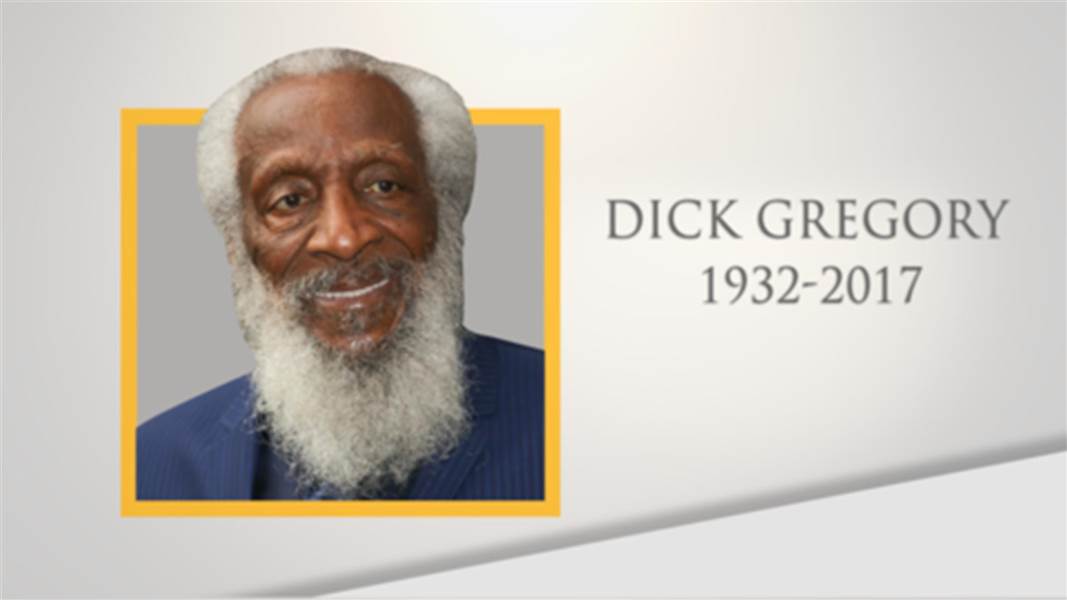 Dick Gregory was a comedian who played a prominent role in the 1960s civil rights movement after becoming one of the first black comics to perform for white audiences. He died on 19th of August 2017 at age 84.
Key Points:
i.Gregory who lived in Washington died of heart failure in Sibley Memorial Hospital.
ii.He was born in St. Louis in U.S.A.
iii.Gregory was also a health and spiritual advocate and a motivational speaker.
iv.He wrote several books, including “Murder in Memphis,” which analyzed the assassination of Martin Luther King Jr.