We are here for you to provide the important current affairs August 15 2018 which have unique updates of all daily events from all newspapers such as The Hindu, The Economic Times, PIB, Times of India, India Today, Indian Express, Business Standard, all Government official websites. Our complete current affairs helps you to get more marks in Banking, insurance, UPSC, SSC, CLAT, Railway and all other competitive Exams. 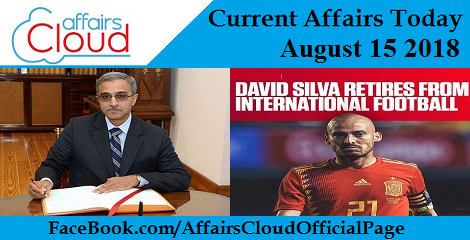 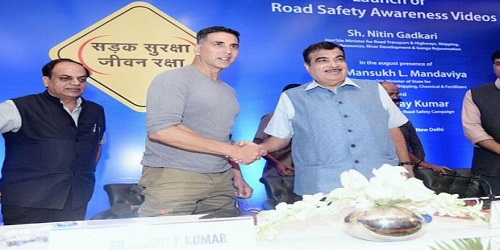 Objective:
To reduce road accidents.
Key Points:
i. Aiming on promoting road safety to be a people’s movement, the awareness campaign urged people to come forward without fear to help accident victims.
ii. The Road and Transport Ministry insisted Home Ministry to consider the good Samaritans in road accidents for getting National Bravery Awards.
iii. The central government is yet to get the Road Safety Bill passed in the Rajya Sabha, which has provisions for stricter penalties for offenders.
iv. The government has also constituted the national road safety council as the apex body to take policy decisions in matters of road safety.
v. States and Union Territories will set up state road safety council and district road safety committee as well.
About the Campaign:
Akshay Kumar, along with filmmaker R Balkhasve shot three videos with an underlying message on road safety, which is sent in a light-hearted way to the viewer.
Background:
♦ As many as 1,46,000 people died in road accidents across the country in 2017.
♦ Majority of the road accidents involved two-wheelers, where the victims were not wearing helmets.

3 mobile apps launched for e-filing of cases by CJI Dipak Misra
On August 15, 2018, the E-committee of the Supreme Court headed by Justice M B Lokur, launched 3 mobile applications for the benefit of litigants and lawyers.
i. The apps were inaugurated by Chief Justice of India Dipak Misra.
About the 3 apps and their services:
Following are the focus areas the apps would focus on:

Key Points:
i. These software have been developed on “open source technology” and thus has saved Rs 1,670 crore.
ii. The litigants and the lawyers would be able to file petitions in almost 17,000 district and ‘taluka’ courts in the country.
iii .e-pay would enable the litigants to pay court fees, costs imposed by courts, maintenance in matrimonial cases through digital means
iv. The NSTEP would be connected to GPRS and the judges would be able to monitor any services being done by the court staff.
Other Announcements:
i. Law Minister Ravi Shankar Prasad announced that the connectivity speed will soon be increased from the present 2 Mbps to 10 Mbps.

About Rythu Bima:
i. Under this scheme, every farmer would be provided with life insurance cover of Rs 5 lakh.
ii. It will cover 28 lakh farmers aged between 18 and 59 years.
iii. The government has already paid Rs 636 crore towards premium to Life Insurance Corp.
iv. It will bear the annual premium of Rs 2,271 per farmer.
About Kanti Velugu:
i. The entire population of 3.7 crore would be provided with free eye care.
ii. The authorities will not only conduct eye screening but will also provide free medicines, spectacles and arrange for free surgeries, if required.
iii. Approximately four lakh surgeries will be performed across the state.
iv. The government also plans on distributing 40 lakh spectacles.
Other Announcements:
i. The second phase of distribution of cheques under the ‘Rythu Bandhu’ investment support scheme for farmers would begin in November 2018.
ii. It provides Rs 8,000 per acre for two crops to every farmer.
iii. The government will set up a mega textile park in Warangal to provide employment to weavers and ‘Textile hubs’ are being set up at Sircilla and Gadwal.
iv. Rs 2,000 crore to be spent on minorities welfare and development and setting up a special IT park for IT industrialists from the minority sections.
v.Different construction programmes have been taken up with Rs 35,000 crore to make Hyderabad a global city.
vi. Furthur improvements would be implemented at a cost of Rs 50,000 crore in the next five years. i.  It is the first project under the Swadesh Darshan Scheme being inaugurated in the country.
About the project:
i. The project under inauguration was sanctioned by the Ministry of Tourism in September 2015 for Rs.72.30 Crores.
ii. Under this project Ministry has carried out developmental works at a cost of Rs. 63.90 Crore.
iii. The project covers two sites i.e. Kangla Fort and Khongjom.
iv.The developmental works on these 2 places are :
Restoration & Improvement of Outer & Inner Moat and Rejuvenation of Sacred Ponds; Reconstruction of Old Rampart; Sound and Light Show, Construction of Rock Garden, Utility Block; Audio Guide, Eco Friendly Conveyance, Development of Crafts Houses and Parking on Naga Nullah; Polo Gallery; Reception and Ticket Counter.
v. Also a Pedestrian bridge and rejuvenation of Kombirei Lake has been carried out for Rs.4.89 Crore.
Static knowledge about the places:
♦ Kangla Fort is one of the most important historic and archaeological site of Manipur located in Imphal.
♦ Khongjom is the place where the last war of resistance of Anglo Manipur War of 1891 was fought.
Other announcements/initiatives taken for the North-Eastern region:
i. The Ministry is developing the tourism infrastructure in the region under Swadesh Darshan and PRASHAD and has sanctioned 15 projects covering all North Eastern states for Rs.1301.47 Crores.
ii. A number of facilities like Tourist Facilitation Centres, Interpretation Centres, better last mile connectivity, heliports, wayside amenities region, SEL Shows, Eco Log Huts, Rope Way, Golf Course, theme parks etc. are being developed.
iii. The Ministry organizes International Travel Mart every year in one of the North eastern state to showcase its tourism potential.
iv. This year the 7th Edition of ITM is scheduled to be held in November in Agartala, Tripura.
Background:
Swadesh Darshan scheme is one of the flagship scheme of Ministry of tourism for development of circuits in the country. The scheme was launched in 2014 -15 and as on date the Ministry has sanctioned 70 projects for Rs.5708.88 Crore to 29 States and UTs under the Scheme. 30 projects / major components of these projects are expected to be completed in 2018. 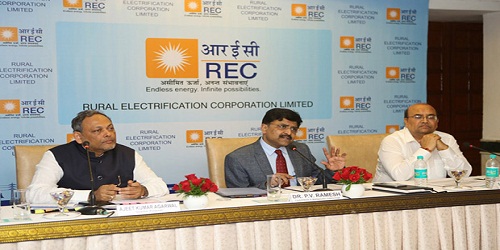 i. This would be used to finance clean energy projects in India.
ii. This is REC’s fourth line of credit under Indo-German development cooperation.
Background:
♦ REC finances the power sector of India by lending to power projects.
♦ In 2017, it has more than tripled its financing in renewable sector.
♦ The sanctions grew from Rs 2,090 crore in FY2016-17 to Rs 7,034 crore in FY2017-18.
REC:
♦ Headquarters: New Delhi.
♦ Founded: 1969.

GDP likely to expand by 7.4% in FY’19: Ficci’s Economic Outlook Survey’
On August 15, 2018, as per Ficci’s survey ‘Ficci’s Economic Outlook Survey’, the Indian economy is expected to grow at 7.4 per cent in the current fiscal.
i. It projects that GDP will grow at 7.4 per cent for 2018-19, with a minimum and maximum range of 7.1 per cent and 7.5 per cent, respectively.
ii. The economic activity on the first quarter of the current fiscal would be 7.1 per cent.
iii.  The study further said the median growth forecast for agriculture and allied activities has been put at 3 per cent for 2018-19.
iv.Industry and services sector are expected to grow by 6.9 per cent and 8.3 per cent, respectively in 2018-19.
v.The Consumer Price Index or retail inflation has been forecast at 4.8 per cent for the year as whole.
vi. These predictions are in line with RBI’s data that was released on August 1, 2018.
Other announcements:
i. Rising oil prices and trade war can out a pressure in the rupee,
ii. The fair value of Indian Rupee vis-à-vis the US Dollar has been predicted to be in the range of 65 to 66.
iii. The Central Statistics Office (CSO) is scheduled to release the first quarter GDP number on August 31. 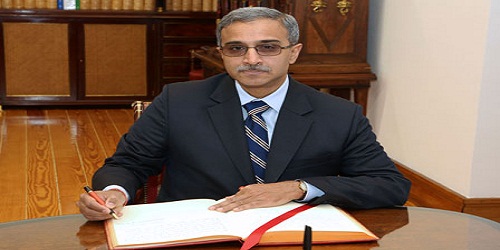 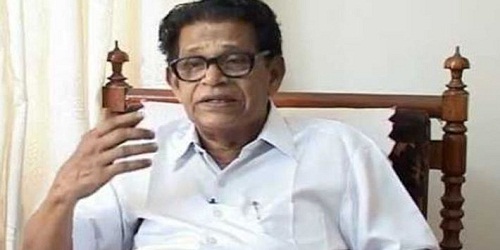 i. He is survived by wife and two daughters.
ii. He is known for his satirical works on contemporary socio-political issues of Kerala through his poems.
iii. He taught Malayalam at schools and colleges, worked at Kerala University and then the Publication Department.
iv. He had won several awards, including those by the Kerala Sahitya Akademi, Sanjayan Award, Kunjan Nambiar Kavitha puraskaram, P Smaraka Puraskaram and Mahakavi Ulloor Award. 72nd Independence Day of India:
i. India attained independence from the British rule on 15 August 1947. This day is celebrated as Independence Day, every year on August 15, in India.
ii. This day remembers and honours all those who fought and sacrificed their lives for the freedom of India.
iii. This year the Indian Navy was the coordinating service for Independence Day celebrations. The Guard of Honour was commanded by Commander PR Jagan Mohan of the Indian Navy.
iv. India’s first all-women SWAT team recently inducted by Delhi Police, provided security cover to the Red Fort in Delhi, for the Independence Day celebrations.
v. Prime Minister Narendra Modi paid tribute to Mahatma Gandhi at Rajghat, and addressed the nation from the Red Fort.
Some important announcements:
i. Prime Minister Narendra Modi announced that, India’s manned space mission will be launched by 2022.
ii. He also launched Ayushman Bharat-National Health Protection Scheme, the world’s largest government-funded healthcare programme.