We are here for you to provide the important current affairs August 14 2018 which have unique updates of all daily events from all newspapers such as The Hindu, The Economic Times, PIB, Times of India, India Today, Indian Express, Business Standard, all Government official websites. Our complete current affairs helps you to get more marks in Banking, insurance, UPSC, SSC, CLAT, Railway and all other competitive Exams. Rs 66,000 crore fund released by Centre to increase India’s green cover
On August 14, 2018, Centre has approved more than 66,000 crore rupees to increase the country’s forest cover.
i. It is an accumulation of money given by the user agencies as a compensation for diverting forest land for non-forest purposes, including industries and infrastructure, over the last 10 years.
ii. This money has been divided among the states and union for afforestation and conservation purposes and required authorities are being set up for monitoring purposes also.
iii. 80 percent of the compensatory afforestation amount will be utilized by the states in 13 activities. Some of them are:
plantations, assisted natural regeneration of forests, forest fire prevention, pest and disease control in forest, soil and moisture conservation works and improvement of wildlife habitat.
iv. The remaining 20 percent will be used for 11 listed works to strengthen forest and wildlife protection related infrastructure. These include:
third-party monitoring of works, forest certification, development of certification standards and casual hiring of local people to assist forest department staff.

7 member group headed by IRDAI CGM constituted by IRDA to analyze and amend norms for insurance surveyors
On August 14, 2018, Insurance Regulatory and Development Authority of India (IRDAI) constituted a 7 member working group for norms regarding insurance surveyors.
i. The group will headed by Yegna Priya Bharat, Chief General Manager (Nonlife), IRDAI.
ii. The group will work on the following :

Objective:
To develop the culture of documenting adverse effects, monitoring and surveillance of misleading advertisements of the drugs.
Key Points:
i. Government has sanctioned grant of Rs 10.60 Crore for the establishment of pharmacovigilance network.
ii. The three-tier network consists of:

iii. Additionally, All India Institute of Ayurveda, New Delhi, an autonomous body under the Ministry of AYUSH, has been designated as National Pharmacovigilance Centre. It received the grant from the government.
iv. The government aims to achieve the target of 100 peripheral pharmacovigilance centres by 2020.
Implementation of the network/project:
i. Under the initiative,  five (05) National Institutes of AYUSH, as the Intermediary Pharmacovigilance Centres and forty two (42) institutions of AYUSH as the Peripheral Pharmacovigilance Centres will be set up.
ii. These will take up the work of reporting, documentation, analysis, causality assessment of the effects of the Ayurveda, Unani, Siddha and Homoeopathy drugs.
iii. All India Institute of Ayurveda, New Delhi will work on reporting format, training of coordinators & nodal officers, constitution of various committees and systematic reporting of the progress.
Background:
The Standing Finance Committee (SFC) chaired by Secretary (AYUSH) approved the scheme on 1st November, 2017 and thereafter it was rolled out for implementation in the country near the end of financial year 2017-18.

Highlights about the 2018 ranking:
i. Earlier the 1st  spot was owned by Melbourne, Australia seven times which now ranked at 2nd spot.
ii. Osaka, Calgary and Sydney ranked 3rd, 4th and 5th.Among Indian Cities,New Delhi tops the Index by attaining 112th Position,Mumbai Ranks next at 117th Position.
iii. Paris ranked 19th , Singapore ranked 31st , London ranked 48th, and New York 57th.
iv. Copenhagen was the only other European city in the top ten at 9th place.
v. Damascus retained last place,which follows Bangladeshi capital Dhaka, and Lagos in Nigeria.
vi. This year’s survey did not include Baghdad and Kabul among others.
vii. Abidjan, Hanoi, Belgrade and Tehran saw the largest improvements in liveability over the last five years.
viii. Ukraine’s Kiev due to political violence saw the largest drop in its liveability over the last five years.
About the Index:
i. It is an annual survey of 140 urban centres across the globe since 2004.
ii. It scores out cities on 100 on a range of factors such as living standards, crime, transport infrastructure, access to education and healthcare, as well as political and economic stability.
The top 10 of the list of 2018 ‘world’s most pleasant city to live in’:

Australia recommences its adoption programme with India
The Australia Government has decided to recommence the Adoption Programme with India, as per Hague Convention on Inter-Country Adoption.
Australia recommences its adoption programme with India:
i. The Australian Government had put on hold adoptions from India, 8 years ago, due to allegations of child trafficking for Inter-country adoption by some recognized Indian placement agencies.
ii. Inter-country adoption regulations have been made stricter by the Indian Government with the passing of Juvenile Justice Act, 2015 and notification of Adoption Regulations, 2017.
iii. The Ministry of Women & Child Development and Central Adoption Resource Authority (CARA) had been requesting the Australian Government for recommencement of the Adoption Programme.
About Central Adoption Resource Authority (CARA):
♦ Functions under – Ministry of Women & Child Development
♦ CEO – Deepak Kumar 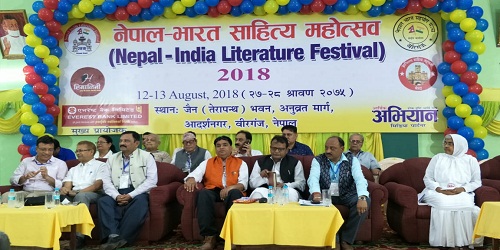 i. The event was organised by Nepal India Co-operation Forum.
ii. This was a literary exchange programme that aims to strengthen the old religious, cultural and social relations between the two countries.
iii. Around 250 participants from India and Nepal participated in this event.
iv. On this occasion eminent writers from both the countries were also felicitated.
Nepal:
♦ Capital: Kathmandu.
♦ Currency: Nepalese Rupee.
♦ President: Bidhya Devi Bhandari.
♦ Prime Minister: K. P. Oli.

ICICI Bank Hikes Fixed Deposit (FD) Interest Rates
On August 14, 2018, private sector lender ICICI Bank hiked its fixed deposit or FD interest rates across select maturities and amounts with effect from 14th August.
i. FD interest rates for both general and senior citizens has been changed.
ii. The interest rated for FD (<1  crore) of specific tenors are given in the following table.

Cosmos Bank’s server hacked; Rs 94 cr transferred off in 2 days via Visa and Rupay payment gateways
On August 14, 2018, Cosmos bank announced that the server of Pune-based bank was under a malware attack for 2 days between August 11 and August 13 and an amount of Rs 94 crore has been transferred off. i. The fraudulent transactions were carried out via cloning of thousands of the bank’s debit cards and 25 ATMs located in Canada, Hong Kong and a few in India.
ii. The cards of the cooperative bank customers that were cloned were of Visa and Rupay.
iii. The malware attack was on the switch, which is operative for payment gateways of Visa and Rupay debit cards.
iv. The cyber-crime consisted of : 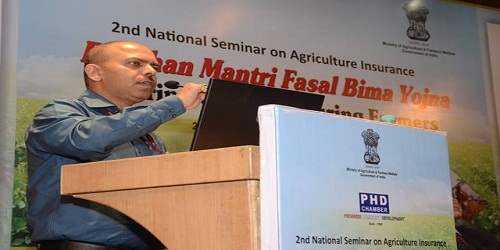 i. Ashish Kumar Bhutani is an IAS officer of the 1992 batch of Assam-Meghalaya cadre. He has been appointed the CEO of PMFBY till 9th May 2020.
About Pradhan Mantri Fasal Bima Yojana (PMFBY):
♦ Launched in – 2016
♦ Launched by – Prime Minister Narendra Modi
♦ Administered by – Ministry of Agriculture
♦ It is in line with one nation one scheme theme
♦ It provides a comprehensive insurance cover against failure of the crop and helps to stabilise the income of the farmers 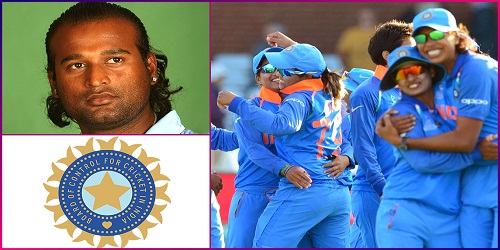 i. He was appointed interim coach of the team in July after the resignation of Tushar Arothe.
ii. He is the third coach of women’s team in past one and a half year after Purnima Rau and Tushar Arothe.
iii. Powar has played 31 ODIs and two Tests from 2004 to 2007, picking 34 wickets with a best of 54 in the 50-over format.
Upcoming women’s cricket matches:
♦ Sri Lanka Tour in September 2018.
♦ Bilateral Series in West Indies in October 2018.
♦ ICC World T20 cup in West Indies on November 2018.

Imtaiyazur Rahman takes over as interim CEO of UTI MF
On August 14, 2018, UTI Mutual Fund appointed Imtaiyazur Rahman as the acting chief executive officer after Leo Puri stepped down as MD and CEO.
i. Prior to this, he was the Group President and Chief Finance Officer of UTI MF.
ii. His appointment has been made effective from 14th August 2018.

Allahabad Bank MD & CEO sacked on last day in office
On August 14, 2018, Allahabad Bank‘s MD and CEO Usha Ananthasubramanian was fired on her last day in office.
i.She had served as the CEO and Managing Director of PNB from 2015 to 2017,
ii. Before that, she had also served as PNB’s Executive Director from 2011 to 2013.
iii. She has been named in a Central Bureau of Investigation (CBI) chargesheet in the Rs 14,000 crore Punjab National Bank (PNB) fraud. 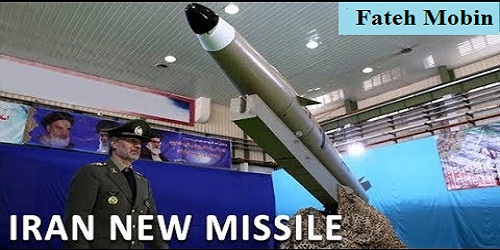 Fateh Mobin:
i. It is a short-range ballistic missile. It has a range between 300-500 kilometers.
ii. It is capable of striking targets on land and sea. It has been indigenously designed. It is an agile, radar-evading and tactical missile with pinpoint accuracy.
About Iran:
♦ Capital – Tehran
♦ Currency – Rial
♦ President – Hassan Rouhani
♦ Official language – Persian 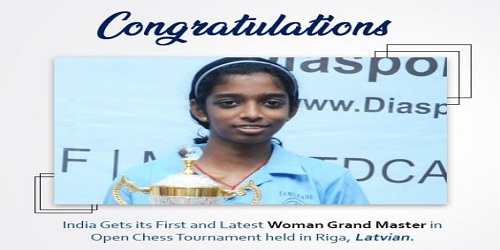 i. She is the elder sister of R. Praggnanandhaa, who became the second youngest Grand Master in the world in June 2018.
ii. She is 17 years old. She completed her third and final WGM norm in the Riga Technical University Open chess tournament in Riga, Latvia. 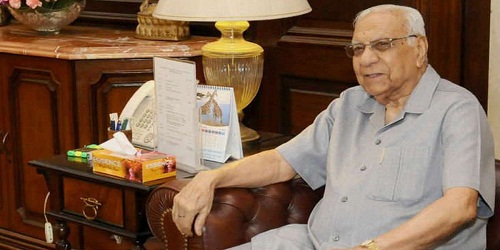 Death of Balramji Dass Tandon:
i. Balramji Dass Tandon was 90 years old. He was born on 1st November 1927.
ii. In 1953, he became a Corporator in Amritsar Municipal Corporation. He was a six-time MLA.
iii. He was also deputy chief minister of Punjab. He was jailed from 1975 to 1977 during Emergency.
iv. He was one of the founding members of Jan Sangh, BJP’s parent organization. He became the Governor of Chhattisgarh in July 2014.
Some wildlife sanctuaries in Chhattisgarh:
♦ Achanakmar Wildlife Sanctuary
♦ Sitanadi Wildlife Sanctuary
♦ Tamor Pingla Wildlife Sanctuary

Asian Games gold medallist Hakam Singh passes away
On 14th August 2018, Asian Games gold medallist athlete Hakam Singh died due to liver and kidney ailments in Sangrur, Punjab.
Death of Hakam Singh:
i. Hakam Singh was 64 years old. He had won gold medal in 20 km race walk event at the 1978 Asian at Bangkok and created a new Record,He also won gold at Asian track and field championship held at Tokyo in 1979.
ii. He received the Dhyan Chand Award in 2008. He ended his career as an athlete in in 1981 following a major accident. He served as Havaldar in the 6 Sikh regiment.

PM Modi’s book ‘Exam Warriors’ releases in Odia
On 13th August 2018, Union Minister for Oil and Natural Gas Dharmendra Pradhan launched the Odia edition of the book ‘Exam Warriors’ written by Prime Minister Narendra Modi in Bhubaneswar, Odisha.
i. The Odia edition of the book was released by Odisha Book Emporium. It is a motivational book for children.
ii. It helps children to handle examination stress. It was earlier released in English and Hindi in February 2018 Shaheed Saman Diwas – 14 August:
i. Madhya government had decided to honour families of martyrs of Madhya Pradesh origin, who sacrificed their lives during war, military action and internal security.
ii. Minister-In-Charge of Districts, Member of Parliament, MLA and other Public Representatives took part in the Shaheed Samman Diwas.
iii. Programmes in memory of 602 Martyrs were organised. Families of 13 martyrs were honoured in the programme at Bhopal.
iv. Families of 312 Martyrs of Defence, 119 Martyrs of Para Military Forces, 171 of Madhya Pradesh Police were honoured in various districts.
v. It has been decided to name the school or government building after the Martyrs in the village where they were born or where their family currently lives.
Some National Parks in Madhya Pradesh:
♦ Bandhavgarh National Park
♦ Madhav National Park
♦ Pench National Park