We are here for you to provide the important current affairs April 7 2018 which have unique updates of all daily events from all newspapers such as The Hindu, The Economic Times, PIB, Times of India, India Today, Indian Express, Business Standard, all Government official websites. Our complete current affairs helps you to get more marks in Banking, insurance, UPSC, SSC, CLAT, Railway and all other competitive Exams. 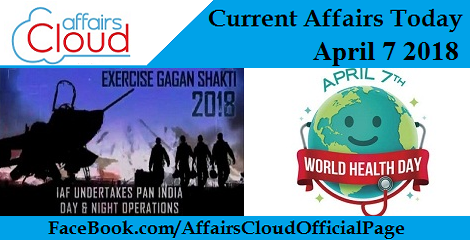 More information about Exercise Gaganshakti 2018:
i. The exercise will be conducted in day and night mode, with the enemy encompassing China border in the Northern areas and along Pakistan border in the Western areas.
ii. IAF will mobilise more than 1100 combat, transport and rotary wing (helicopter) aircraft for  Exercise Gaganshakti 2018.
iii.Indigenous Light Combat Aircraft  (LCA) Tejas will be taking part in the exercise for the first time. Besides, Indian Navy’s Maritime Combat Aircraft MiG 29s will also take part.
iv. Nearly 300 officers and more than 15000 airmen have been mobilised for this exercise.
v. Exercise Gaganshakti 2018 will showcase Indian Air Force’s (IAF’s) offensive as well as defensive capabilities.
Quick Facts about Indian Air Force:
♦ Founded in – 1932
♦ Headquarters – New Delhi
♦ Current Chief of the Air Staff – Birender Singh Dhanoa 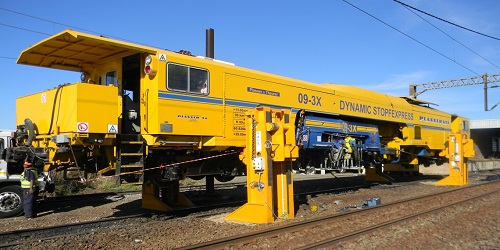 Details about ‘09-3X Dynamic Tamping Express machines’:
i. ’09-3X- Dynamic Tamping Express’ is an integrated machine that carries out multiple functions viz. measures pre & post track geometry, corrects the track to required geometry, can tamp three sleepers simultaneously, stabilize and measure post tamping track parameters under load to ensure quality of work done.
ii. So far, each of these functions were being carried out by different machines.
iii. Each new 09-3X- Dynamic Tamping Express machine costs about Rs. 27 Crore. 42 more such machines will be inducted in Indian Railway maintenance fleet over next three years.
iv. A new 3D state-of-the-art tamping simulator has been installed and commissioned at Indian Railway Track Machine Training Centre Allahabad (IRTMTC) for practical hands-on training to operate such advanced track maintenance machines. Such advanced technology simulator is presently available only in five countries including India.

Government bans imports of hormone oxytocin
On April 6, 2018, Indian Government banned imports of the hormone oxytocin to stop its misuse in the livestock industry.
About hormone ‘oxytocin’:
i.Oxytocin is referred to as “love hormone”. It is released naturally during human bonding activities such as sex, childbirth and breastfeeding.
ii. Union Women and Child Development Minister Maneka Gandhi has stated that abuse of ‘oxytocin’ in animals, especially milch animals, causes hormonal imbalances and makes them barren sooner.
iii.‘oxytocin’ is a prescription-only drug and Indian Government had halted its retail sales in 2014. However, attempt to curb its illegal sales has met with limited success and the volume of imports is unclear.
iv.Ban on import of ‘oxytocin’ has been imposed based on recommendations of a panel of top drug experts.
v. Ban on import of ‘oxytocin’, for human or animal use has been imposed with immediate effect and Central Board of Excise and Customs has stepped up vigilance against those likely to try and smuggle ‘oxytocin’ into India. About ‘Gobardhan Yojna’:
i. Word ‘Gobar’ in ‘Gobardhan Yojna’ is to be referred as abbreviation of Galvanising Organic Bio Agro Resources.
ii. This scheme was announced by Finance Minister Arun Jaitley while presenting Union Budget 2018.
iii. Under this scheme, bio-gas plants will be set up at individual or community level and also at the level of Self Help Groups and NGOs like Gaushalas.
iv. Funds required to set up bio-gas plants will be provided by central and state governments in the ratio of 60:40.
v. Generating energy by converting cattle dung and solid agricultural waste into compost and biogas will also ensure cleanliness in villages.
vi. Government has set a target to cover nearly 700 districts under the scheme during 2018-19.

NITI Aayog plans National Data & Analytics Platform
NITI Aayog is planning to build National Data & Analytics Platform (NDAP) to host and analyse huge amount of data which shall be helpful for citizens to understand spend patterns of the government, consumption trends and the success of various government policies.
More information about proposed National Data & Analytics Platform
i. Objective behind developing this platform is to increase transparency in government functioning by giving citizens access to this data.
ii. NDAP will be developed through public-private partnership on design, build, operate and transfer basis.
iii. Cost of developing NDAP could between Rs 50 crore to Rs 100 crore and would entirely be funded by NITI Aayog.
iv. Initially, data from Central Ministries will be sourced, followed by data from state and districts.
v. Both, Public as well as private entities will have access to this platform
vi. NDAP will use artificial intelligence (AI) for in-depth analysis.
Quick Facts about NITI Aayog:
♦ Abbreviation stands for – National Institution for Transforming India
♦ Formed on – January 1, 2015
♦ Ex-Officio Chairperson – Prime Minister of India 4G availability among India’s 20 largest cities:
i. OpenSignal is Lonon-based company that specializes in wireless coverage mapping. It monitored 4G user experience (availability) in India’s 20 largest cities for 90 days from December 1, 2017.
ii. The findings have revealed that Patna has topped the list and is placed ahead of cities like Delhi, Mumbai and even Bengaluru, which is considered a tech hub of India.
iii. The report also outlined that difference between Indian cities in terms of 4G connectivity is also narrowing down.
4G Availability – Top 10:

TN govt launches mobile app for farmers
Tamil Nadu (TN) Chief Minister K Palaniswami recently launched ‘Uzhavan’ (meaning – farmer), a mobile application for farmers.
About ‘Uzhavan’ app:
i. This app allows farmers to have access to nine types of services, including details about their crop insurance, information on farm subsidies, book farm equipment and related infrastructure and receiving weather forecast for the next four days.
ii. ‘Uzhavan’ app is available in Tamil as well as in English.
iii. The app also provides information on the available stocks of seeds and fertilisers in local government and private stores.
iv. This app is an attempt by Tamil Nadu State Government to use technology for benefit of farmers in the state.
Quick Facts about Tamil Nadu:
♦ Capital – Chennai
♦ Current Governor – Banwarilal Purohit
♦ Current Chief Minister – K Palaniswami
♦ Important National Park – Mudumalai National Park 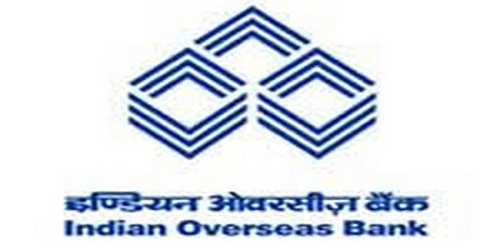 IoT-based initiatives launched by Indian Overseas Bank:
i. First initiative is a sound pressure level meter placed at the branch service counter with a configured average decibel level. Whenever the sound at this counter crosses the average threshold, the system sends an alert to the branch manager as well as the designated official at the regional office, on a real-time basis.
ii. Second initiative is to provided a tablet containing a web responsive application to customers visiting the branch. Visiting customers can submit their feedback through this application which also has ‘Happy’ and ‘Unhappy’ emoticons. The feedback will be monitored by a team of dedicated customer service representatives.
iii. Third initiative is a ‘Missed Call Feedback’ system wherein customers can give a missed call on the dedicated mobile numbers in case of grievances.
Quick Facts about IOB:
♦ Founded in – 1937
♦ Headquarters – Chennai, Tamil Nadu
♦ Current MD & CEO – R. Subramania Kumar
♦ Tagline – ‘Good People to Grow With’ 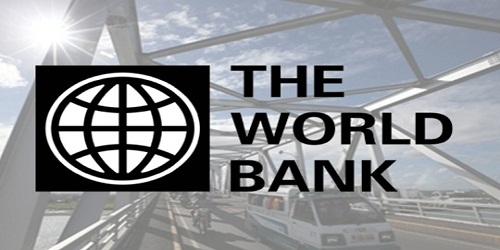 Maharashtra Project for Climate Resilient Agriculture:
i. This project will help to increase climate resilient practices in agriculture and to make farming a profitable activity.
ii. This project will benefit more than 7 million people over an area of 3.0 million ha. It will cover 5,142 villages in the 15 most climate vulnerable districts of the region.
iii. The $420 million loan provided by the International Bank for Reconstruction and Development (IBRD) has a grace period of 6 years. Its maturity period is 24 years.
iv. The Agreements for the Maharashtra Project for Climate Resilient Agriculture were signed by Sameer Kumar Khare, Joint Secretary, Department of Economic Affairs, Ministry of Finance, on behalf of the Indian government.
v. Bijay Kumar, Additional Chief Secretary, Agriculture Department signed on behalf of Maharashtra government. Junaid Ahmad, Country Director, World Bank, India, signed on behalf of the World Bank.
vi. This project will be implemented in rural areas that are mainly dependent on rain-fed agriculture.
Some National Parks in Maharashtra:
♦ Sanjay Gandhi National Park
♦ Gugamal National Park 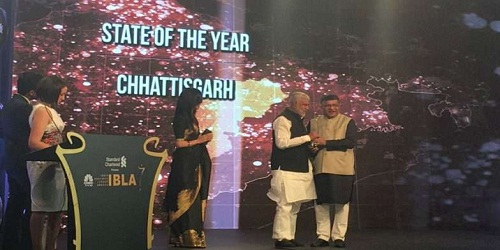 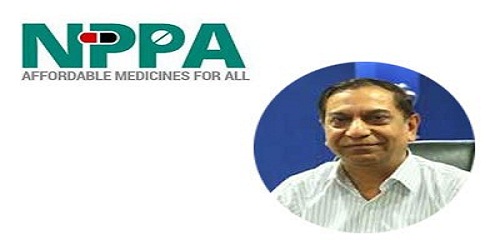 Rakesh Kumar Vats given additional charge of NPPA Chairman:
i. Rakesh Kumar Vats replaces Bhupendra Singh as Chairman of NPPA. Bhupendra Singh has been appointed as chairperson of National Authority for Chemical Weapons Convention under the Cabinet Secretariat.
ii. The Appointments Committee of the Cabinet had issued an order regarding this. Rakesh Kumar Vats is an Additional Secretary in the Ministry of Health and Family Welfare.
iii. The NPPA fixes and revises prices of controlled bulk drugs and formulations. It enforces prices and availability of the medicines in India.
iv. It also overlooks the prices of decontrolled drugs to prevent them from hitting high levels. It also recovers the amount overcharged by manufacturers for controlled drugs from customers.
About National Pharmaceutical Pricing Authority (NPPA):
♦ Functions under – Department of Pharmaceuticals, Ministry of Chemicals and Fertilizers
♦ Headquarters – New Delhi

RH300 sounding rocket launched for atmospheric studies
On 6th April 2018, the RH300 sounding rocket was launched from Thumba Equatorial Rocket Launching Station (TERLS), in Thiruvananthapuram, Kerala.
RH300 sounding rocket launched for atmospheric studies:
i. The RH300 sounding rocket was developed by Vikram Sarabhai Space Centre (VSSC). It has been developed as part of a study to enhance available atmospheric data and refine the models used for tropical weather prediction.
ii. This is the 21st launch of RH300 sounding rocket. This launch is part of a study done by VSSC under the Sounding Rocket Experiment (SOUREX) programme.
iii. It uses the RH-300 MKII sounding rocket to study the Equatorial E and lower ionosphere regions of atmosphere.
iv. As a result of this experiment, due to chemi-luminescence a long trail of interleaved pattern of white and blue light will be seen in the skies of Thiruvananthapuram and nearby areas.
v. The trail will be photographically captured from four stations in Thiruvananthapuram, Kollam, Kanyakumari and Tirunelveli.
vi. Objective of the experiment is to measure neutral wind in the dynamo region (80-120 km) of equatorial ionosphere using Electron Density and Neutral Wind Probe (ENWi) and perform cross-validation using an independent Tri Methyl Aluminium (TMA) release technique.
vii. The Electron Density and Neutral Wind Probe (ENWi) is indigenously developed. Earlier atmospheric studies with TMA were performed using sounding rockets of foreign countries.
viii. On 2nd May 1965 a Centaure rocket was launched for this purpose. After a long time, the TMA experiment is now conducted with indigenously developed payload and rocket.
About Vikram Sarabhai Space Centre (VSSC):
♦ Director – S. Somanath
♦ Headquarters – Thiruvananthapuram, Kerala 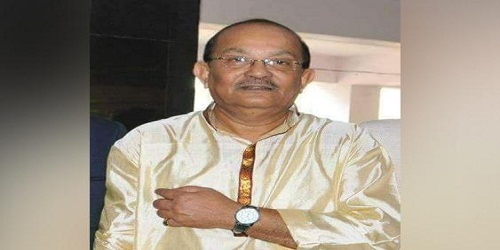 Death of Munin Barua:
i. Munin Barua was 72 years old. He was popularly known as Bhaimon da.
ii. He had received National Film Award for Best Feature Film in Assamese in 2005. He had also received the state award for best director for the year 2001-02 and the Lifetime Achievement Award 2017 from Prag Cine Awards.
iii. He had also scripted several plays for mobile theatre. He had also directed a few TV serials.
Some wildlife sanctuaries in Assam:
♦ Hoollongapar Gibbon Sanctuary
♦ Laokhowa Wildlife Sanctuary
♦ Nambor – Doigrung Wildlife Sanctuary 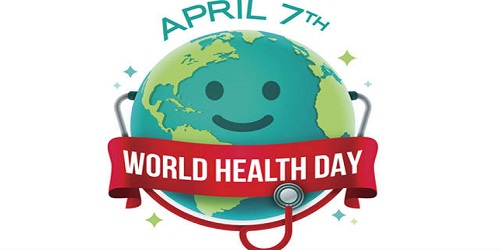