Dear Readers, We cover some important news in Current Affairs April 26 2017, which are not covered in Daily Detailed News, More Current Affairs coverage will help you to Score Good Marks in Competitive Exams. 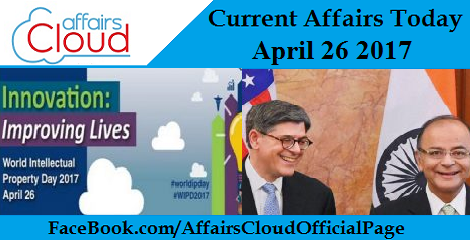 Centre unveils model Agricultural Produce Market Committee Act
Central Govt. has unveiled a draft model law ‘Agricultural Produce and Livestock Marketing (Promotion and Facilitating) Act (APLM), 2017’.
i. This draft model seeks to liberalise the trade in agri-products and livestock and will thereby help in doubling farmers’ income by 2022. It was unveiled on April 25, 2017 following a meeting of state agriculture marketing ministers in New Delhi.
ii. The new model law has been drafted by a committee headed by Mr. Ashok Dalwai – Additional Secretary at the Agriculture Ministry. It replaces an earlier model law proposed by the centre in 2003 which the states were not keen to adopt. 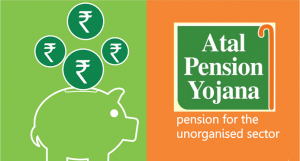 i. Through the newly launched online tool, APY subscribers can get account related information viz.pension commencement date, pension amount, transaction details, name of the nominee, name of the associated bank
ii. Atal Pension Yojana is a guaranteed pension scheme, launched by Prime Minister Narendra Modi on May 9, 2015. It became operational from June 1, 2015.

AIIMS becomes India’s first public hospital for Eye tumours
The All India Institute of Medical Sciences (AIIMS) has become the India’s First public hospital to start plaque brachytherapy facility for the treatment of eye tumours.
Key Points:
i. The facility is a form of local radiation delivered to the eye through a radioactive device

which is attached to the eye for a temporary period of time.
ii. This facility has been introduced at Rajendra Prasad Centre for Opthalmic Sciences.
iii. It will treat children suffering from a type of cancer called Retinoblastoma and adults who suffer from melanoma.
iv. Both the cancers are life threatening, and plaque brachytherapy.
v. It can help to save not only the life of the patient, but also the vision.
About AIIMS:
♦ The All India Institutes of Medical Sciences (AIIMS) are a group of autonomous public medical colleges of higher education.
♦  It was established in 1956.

UP government to set up anti-land mafia task force
The Yogi Adityanath government has set up an anti-land mafia task force in Uttar Pradesh.
Key Highlights:
i. UP government ensure that the land mafia and the encroachers will not be spared and land or property grabbing can be stopped.
ii. The 4-tier task force would be headed by a principal secretary followed by commissioner, DM and SDM in their respective areas.
iii. The task force has been empowered to take action even against those who encroach on public land in the name of religion.
iv. The task force will be submitting a report on all illegal encroachments and action will be initiated against the criminal.
v. The UP govt. has mentioned that the task force would soon submit a report from tehsil to the district and state level about such encroachments.
vi. Cases of illegal occupation of government land and construction of places of worship on these illegal properties are unchecked in Uttar Pradesh.A strict action would be taken against everyone who find guilty.

Haryana Ballabgarh is now Balramgarh
The Haryana chief minister ‘Manohar La lKhattar‘ has announced to change the name of Ballabhgarh to Balramgarh. 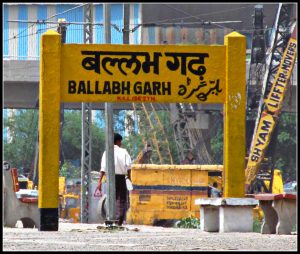 Key Points:
i. The name Ballabgarh is a corruption of Balramgarh (the fort of Balram).
ii. Ballabhgarh is a town and a sub-district in Faridabad District of Haryana and is part of the National Capital Region (NCR).
iii. Balram Singh, a Jat chief who held the surrounding country as a feudatory of Suraj Mal of Bharatpur built the Nahar Singh Mahal fort and palace in 1739.

Finance Minister Arun Jaitley’s five days visit to USA
Finance Minister Arun Jaitley was on an official visit to United States from 21st to 25th April 2017.
i. During this visit, he attended the Spring Meetings of the International Monetary Fund and World Bank, participated in a G-20 Finance Ministers’ and Central Bank Governors’ Meeting and interacted with high profile American investors.
ii. Mr. Jaitley also attended a meeting of the International Monetary and Financial Committee (IMFC) on Global Development and Prospects. Thereafter he had a meeting with CEO’s of top American companies. 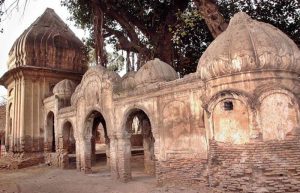 Hussain Shah.
iii. The temple had been closed for any religious activity over a property dispute.
iv. The NGO has been looking after the temple.
About Pakistan
♦ Capital- Islamabad
♦ Currency- Pakistani Rupee
♦ PM- Nawaz Sharif
♦ President- Mamnoon Hussain

Yes bank ties up with Paisabazzar.com
Yes Bank, a Private sector lender has announced a tie up with Paisabazaar.com. Under which the bank will offer conditionally approved loans to the existing customers.
Key Points:
i. It aims is to make the process of availing a loan easy and act as a one stop financial solution provider for all retail lending needs of the customer.
ii. The bank will help through its advanced analytics and data mining capabilities.
iii. It offers customer’s financial marketplace with customized and conditionally approved offers across retail lending products.
About Yes Bank
♦ YES BANK is India’s fifth largest private sector Bank.
♦ It is founded by Rana Kapoor in 2004.
♦ It is headquartered in Mumbai.
♦ It is the First Private Bank in India to be awarded ISO 14001:2004 certificate 2013.
♦ Yes Bank is the only Greenfield Bank licence awarded by the RBI in the last two decades. 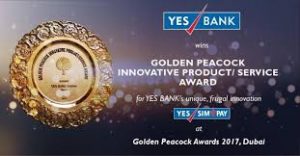 ii. Each application was assessed by an Assessment Group comprising of Quality, Business Excellence and Training experts.
iii. Applications were reviewed by assessors independently, and later discussed by the committee for normalization of reviews.
About Golden Peacock Award
♦ The Golden Peacock Awards, instituted by the Institute of Directors, India in 1991, are regarded as a benchmark of Corporate Excellence worldwide.
♦ The Golden Peacock Awards Secretariat receives over 1,000 entries per year for various National and Global awards, from India and over 25 countries worldwide.
♦Justice PN Bhagwati, former Chief Justice of India, is the Chairman Emeritus of Golden Peacock Awards, and Hon’ble Justice MN Venkatachaliah, Chairman, Institute Of Directors and former Chief Justice, Supreme Court of India is the Chairman of the Awards

Joint operational doctrine for army, navy, air force unveiled
A “joint doctrine” envisaging deeper operational synergies among the army, navy and air force was unveiled on April 25, 2017.  The three defence services will now follow a unified approach to deal with all possible security challenges including conventional and proxy wars.
i. Navy Chief Admiral Sunil Lanba, the Chairman of the Chiefs of Staff Committee (COSC) released the document in presence of Army Chief Gen. Bipin Rawat and IAF Chief B S Dhanoa.
ii. This document is the second edition. First edition was released eight years ago.

China’s first home-built aircraft carries hit water
China has launched its first domestically built aircraft carrier on 26 April 2017. It helps in transferring the ship from a dry dock into open water in Dalian, a port city in China’s Liaoning Province.
Key Notes
i. The launch ceremony was chaired by Fan Changlong, the Vice-Chairman of the

powerful Central Military Commission.
ii. While its length is 315 m, its width is 75 m and it has a cruising speed of about 31 knots and a displacement of 70,000 tonnes.
iii. The carrier, temporarily named Type 001A.
iv. The launch ceremony was held at 9 am in the morning, three days after the 68th anniversary of the People’s Liberation Army (PLA) Navy that was on 23 April 2017.
v. China’s second aircraft carrier after the Liaoning
About Type 001A
China started developing the 50,000-ton carrier in November 2013 and its building process in the dock started in March 2015.
♦ It also has enough space on the deck for helicopters and other aircrafts.
♦ Its layout is mostly similar to that of the Liaoning.
♦ This launch is going to be followed by the launch of China’s next generation aircraft carrier Type 002, which would be sometime around 2021.

IITM K develops soil management app for Coffee growers
Indian Institute of Information Technology and Management-Kerala (IIITM-K) has launched an application named Kaapi Soil Health Management and Monitoring (Kshemam).
Key points
i. This app is developed to provide soil nutrient information and fertiliser recommendation for coffee plantation owners.
ii. Farmers by entering information like geographic coordinates or their administrative divisions can check the soil property, nutrient status and fertiliser recommendations for their land.
iii. It will help in proper identification of optimum levels of fertiliser usage.
iv. By using this app, the farmers can generate fertiliser recommendation, nutrient advisory and soil health card in English, Kannada, Tamil or Malayalam.
v. GPS enabled soil sampling and nutrient analysis in Karnataka, Kerala and Tamil Nadu to provide correct information to the coffee growers.
vi. National Bureau of Soil and Land Use Planning at the Indian Council of Agriculture Research (ICAR) has already done.
vii. It is done in India, Karnataka, Kerala and Tamil Nadu that are the leading producers of coffee.

Wax worm caterpillar (Galleria mellonella) will eat plastic shopping bags
Scientist Federica Bertocchini and his colleagues of the Institute of Biomedicine and Biotechnology of Cantabria in Spain have found that a caterpillar commercially bred for fishing bait has the ability to biodegrade polyethylene
i. They have discovered that the larva called Galleria mellonella, can able to biodegrade one of the toughest, most resilient, and most used plastics known as polyethylene.
ii. In previous study has analyzed that Plodia interpunctella wax worms, the larvae of dian mealmoths, can also digest plastic.
iii. Bertocchini, from the Spanish National Research Council (CSIC), collaborated with colleagues Paolo Bombelli and Christopher Howe at the University of Cambridge’s Department of Biochemistry to conduct a timed experiment.
iv. Around a hundred wax worms were exposed to a plastic bag from a UK supermarket. Holes started to appear after just 40 minutes.
v. After 12 hours, there was a reduction in plastic mass of 92mg from the bag. In previous discoveries bacteria can biodegrade some plastics just at a rate of just 13mg a day.
vi. A common insect larva that eats beeswax has been found to break down chemical bonds in the plastic used for packaging and shopping bags at uniquely high speeds.
vii. Larva called Galleria mellonella, were also chemically transforming the polyethylene into ethylene glycol.
Key points about Galleria mellonella
♦ The wax worm, the larvae of the common insect Galleria mellonella, or greater wax moth, is a scourge of beehives across Europe.
♦ The worms live as parasites in bee colonies. Wax moths lay their eggs inside hives where the worms hatch and grow on beeswax. 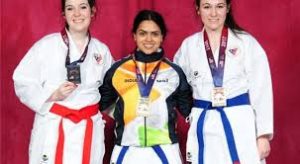 Legendary Serbian writer for children, Rasa Popov, passed away
Radivoje Rasa Popov was died on April 19, 2017 in Belgrade at the age of 84.He was a writer, publisher, actor and longtime broadcast journalist, associate of Mokrinski newspapers, star of children’s TV show Tips & Tricks (Fazoni i Fore .He has written dozens of books for children and adults.
♦ He received the Annual Prize of Radio Belgrade in 1967 for the series “Aspects of fascism.”
About Radivoje Rasa Popov
He was born on June 26, 1933 in Mokrin. He started his journalistic career in the Novi Sad daily Dnevnik. He was a journalist of the “Mladost” from 1961 to 1964 and continued in Radio Belgrade from 1964 to 1967.
i. He was in Television Belgrade until 1995 and also served as a lecturer in Serbo-Croatian language in London, Birmingham and Nottingham from 1975 to 1977.
ii. He was also a chief editor of the publishing house ,“Matica Srpska” from 1983 to 1985.
iii. He has appeared in TV shows as a storyteller, some of the most famous are the “Joy of knowledge”, “Tips & Tricks”, “Varosarije”, “In the dream the dream,” “Bottomless hat”.
iv. His wife is Radojka, professor of literature, and they had a son Bojan and daughter Dijana.

World Intellectual Property Day (WIP) is observed on 26th April.
It aims to learn about the role that intellectual property rights (patents, trademarks, 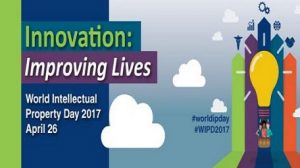