AYUSH Minister Shripad Yesso Naik inaugurates the International Convention on World Homoeopathy Day in New Delhi
To commemorate the 262nd birth anniversary of Dr. Christian Friedrich Samuel Hahnemann – the founder of Homoeopathy, a National Convention on World Homoeopathy was held at New Delhi on April 10, 2017. This convention was inaugurated by Mr. Shripad Yesso Naik – Minister of State (Independent Charge), for AYUSH.
i. Theme of the convention: “Enhancing Quality Research in Homoeopathy through scientific evidence and rich clinical experiences”
ii. Convention will be Presided over by: Manoj Rajoria – Member of Parliament and Parliamentary Standing Committee of Ministry of AYUSH, Health and Family Welfare 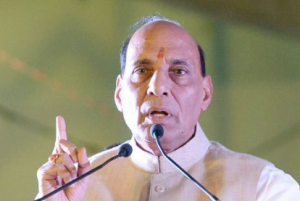 iii. He mentioned in a meeting is to bring a peace and stability in the country.
iv. The 11th Standing Committee meeting of the council will discuss the recommendations of the Punchhi Commission on Center-State relations.
v. Its major agenda is the role of governors, centrally sponsored schemes and financial transfers from center to the states, creation of a unified agricultural market
vi. Measures to involve States more closely in planning and delivery of services.
vii. Steps to be taken to make the Inter State council more dynamic and measures towards better fiscal management by the centre and states.

A First in Indian Law: Ashok Khemka –led Court Orders Summons on Whatsapp
A court of the financial commissioner headed by Ashok Khemka IAS officer has ordered summons in a property dispute case on WhatsApp to one of the respondents who shifted to Kathmandu.
Points to Be Remembered
i. The respondent who involves in a property partition dispute was got a writ on Whatsapp messenger Service.
ii. In such cases summons are usually sent by registered post to the respondent address.
iii. Khemka order observed that law follows technological advancements.
iv. The court in its order mentioned that Order V Rule 9(2) of the Civil Procedure Code (CPC)specifies that summons may be sent in such a manner as the court may direct.
v. It shall be treated as a proper mode of service as provided in order V Rule 10 the CPC.

India Mongolia Military Exercise kicks off in Mizoram
India- Mongolia military exercise training has started at Vairengte in Mizoram. Mangolian Army is represented by 9 officers and 36 soldiers of the elite 084 Special Forces Task Battalion while Indian contingent comprises 3 officers 4 Junior Commissioned officers and 39 soldiers of Jammu and Kashmir Rifles.
Major Highlights:
i. It is a 14 day exercise which continues till 18th of April
ii. Christened “Exercise Nomadic Elephant- XII”aimed at training troops in operations like counter-terrorism and counter insurgency.
iii. The joint exercise will help in boosting defence co-operation and military relations between the two nations.
iv. It is platform through which both armies are able to share their experiences and gain from it.
v. Training includes important aspects like convoy protection, room intervention drills; ambush/counter-ambush drills terrorist operations.
vi. Its major focus on conducting operations by a cohesive sub-unit, which comprises troops from both the armies.
vii. It enhances the inter-operability between the two forces.
History about Mongolia:
Mongolia is a landlord unitary sovereign state in East Asia. 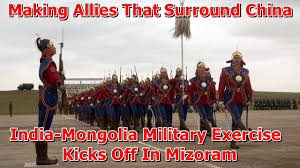 India Nears No.2 Spot as Steel Producer on Record Output
India set to become the world’s largest steel producer after China while boosting exports to the highest ever. India becomes the “Bright Spot”for growth in the global steel industry
i. India’s output jumped 11% to 101.3 million metric tons and the nation was become a net exporter for the first time in 3 years.
ii. According to Provisional Steel Ministry data Doubling Shipments reached to 8.2 million. India will overtake Japan as the second biggest producer by 2019. 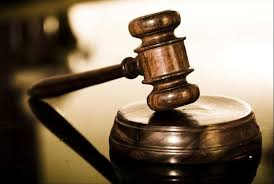 ii. Tej Bahadur mentioned in an interview that he decided 6065 cases in 327 days despite lawyers strike in the district.
iii. His aim was to diminish the number of pending cases in the court in order to provide justice to petitioner as soon as he can.
iv. He also mentioned that a total of 903 couples were united after the cases were settled.
v. This is also the highest number of cases ever disposed of in the country.

Ajit Kumar Srivastava & Shabri Bhattasali new CBDT member
Ajit Kumar Srivastava and Shabri Bhattsali appointed members of Cental Board Of Direct Taxes (CBDT). It is the apex policy making body of the Income Tax Department.
Major Highlights:
i. The role of CBDT is to provide inputs for policy and planning of direct taxes in the country.
ii. The CBDT functions under the Central Board of Revenue Act, 1963.
iii. It functions like Financial Action Task Force which deals in Money laundering and Black money.
iv. The Appointments Committee of the cabinet has approved their appointment as Members of CBDT.
About CBDT:
♦ CBDT is a statutory authority functioning under the Central Board of Revenue Act, 1963.
♦ Essential functions of CBDT include: It provides the essential inputs, ideas and requirements for planning and policy of India.
♦ It helps in administration of Direct taxes throughout India through Income Tax.
♦ It helps in both Direct and Indirect taxes.

Spain’s First Female Defence Minister Carme Chacon Dies
Carme Chacon Spain’s first female defence minister and she was a prominent socialist party leader has died at the age of 46.
Highlights:
i. Chacon who was from Barcelona was a defence minister from 2008 to 2011 under PM Jose Luis Rodriguez Zapatero.
ii. She was the party’s secretary for international relations between 2014 and 2016.
iii. Spanish new outlets reported that she had been suffering from heart disease.
iv. Before taking charge of the Defense Ministry she had previously been minister of housing and a national law 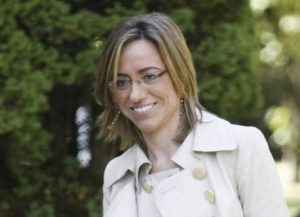