We are here for you to provide the important Recent and Latest Current Affairs September 15 2019, which have unique updates of Latest Current Affairs 2019 from all newspapers such as The Hindu, The Economic Times, PIB, Times of India, PTI, Indian Express, Business Standard and all Government official websites. 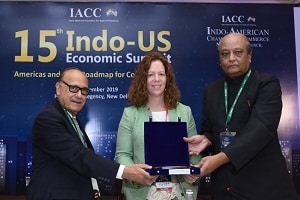 World Bank to provide Rs 3,000 crore aid for food parks
Minister of State in the Ministry of Food Processing Industries, Rameswar Teli stated that the World Bank has approved to sanction Rs 3,000 crore to grant mini and mega food parks across India, particularly in Northeast so that processing of grains produced by farmers is done optimally, and help promote farmers’ income.
i. He also suggested India Inc to set up food processing units in India in which the element of subsidies go to an extent of 75 %.
ii. In a bid to boost the food processing sector, the budget outlay will be increased to Rs 3,000 crore a year from  Rs 1,400 crore.
iii. Nitin Puri, Yes Bank Senior President (Global Head Food and Agri Strategic Advisory and Research), Jagmohan Singh, Frick India Managing Director and Mark Wallace , US(United States) Embassy official were present at the summit. 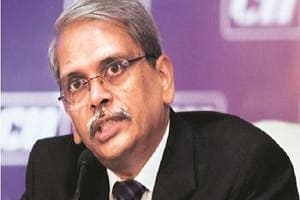 Key points:
i. The taskforce of the panel is to have a separate and independent consultation on non-personal data, and decide the contours regulation of personal data, whether as guidelines, rules, or a separate policy.
ii.  IT (Information Technology )Ministry asked a group seeking clarifications on some points on the regulation on community, anonymous or e-commerce data and case for mandating free access to such data. The draft Data Protection Bill 2019, submitted by the Justice Srikrishna Committee on 18 July 2018, is yet to be tabled in Parliament.
iii. Additional / joint secretary of Department for Promotion of Industry and Internal Trade, National Association of Software and Services Companies President Debjani Ghosh, National Informatics Centre Director General Neeta Verma, Avanti Finance Chief Technology Officer(CTO) Lalitesh Katragadda, Indraprastha Institute of Information Technology, Delhi Professor Ponnurangam Kumaraguru, IT for Change member Parminder Singh and Joint Secretary MeitY Gopalakrishnan S are the other members of the high level committee.

23rd Session of the UNWTO General Assembly for 2019 held in Saint Petersburg, Russia
The 23rd session of the United Nations World Tourism Organization’s (UNWTO) General Assembly for 2019 was held in Saint Petersburg, Russia from September 9-13, 2019. UNWTO is the leading international organization in the field of tourism.
i. The 15th edition of the UNWTO Awards marked the launch of the Accessible Tourism Destinations (ATD) initiative, organized by UNWTO in partnership with the Spanish NGO ONCE.
ii. India’s ‘Yogi of the Racetrack’, a short promotional film on Yoga produced by the Union Ministry of Tourism, was conferred ‘Best Video’ award 2019 for the Asia & Pacific Region………………………..Click here to Read more

Overview of Key Parliamentary Panels and their heads
The Central government has announced the constitution of various parliamentary panels and standing committees for the newly constituted 17th Lok Sabha.
The complete list is as follows: 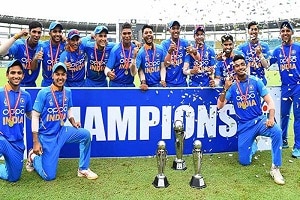 India to host 2020 FIFA Women’s U-17 World Cup from Nov 2-21, 2020
The biennial international women’s youth football championship, 2020 FIFA Women’s Under-17 World Cup, will be held in India from November 2-21, 2020. It will be the 7th edition and India will host the FIFA women’s football tournament for the first time. In the football tournament,  16 national teams of the member associations of Fédération Internationale de Football Association (FIFA) are expected to participate.

Key Points:
i. The age group showpiece event of the FIFA will be held in 4 cities of India.
ii. The Kalinga Stadium in Bhubaneswar, Odisha is provisionally confirmed as a venue. But it is awaiting for the approval from FIFA. Kolkata, Navi Mumbai, Panaji and Ahmedabad are competing for the other three host cities.
iii. Spain is the defending champion (2018).
iv. India had hosted the men’s U-17 World Cup in 2017.
v. FIFA U-17 Women’s World Cup was first held in 2008 in New Zealand. 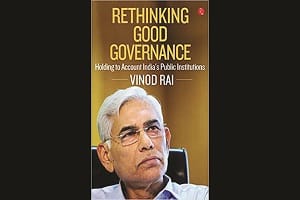 Key points:
i. While addressing the launching event, the vice president expressed worrisome over the high pendency of cases for over 25 years in various courts in India & also called for the extension of Supreme Court (SC), increasing the retirement age of High Court judges, the establishment of more benches in different parts in India. There is also a need to improve the management of court and infrastructure facilities.
ii. As suggested by the Law Commission, he stated the need for expansion of the Supreme Court (SC) into a Constitution Bench at Delhi and Cassation benches in 4 regions ( Delhi, Chennai or Hyderabad, Kolkata, and Mumbai).
iii. He also pointed out 3 main functions of legislatures (legislative, deliberative accountability) & asked political leaders to adopt a code of conduct for their legislators and contribute to policymaking through informed decisions and choose candidates carefully based upon their capacity, calibre, and good conduct.

Engineers Day 2019 observed on September 15
52nd Engineers Day was celebrated in India on September 15, 2019 under the theme “Engineering for change”. It was also celebrated in SriLanka and Tanzania while others countries celebrate this day on other dates. The day was first observed in 1967. On this ocassion, The Union Minister for Skill Development & Entrepreneurship, Dr. Mahendra Nath Pandey, awarded Shri Vinod Kumar Yadav, Chairman, Railway Board with Eminent Engineers Award. 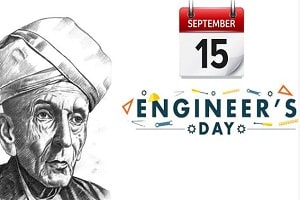 Key Points:
i. The day is celebrated to mark the birth anniversary of the greatest Indian engineer Bharat Ratna (1955) Mokshagundam Visvesvaraya (Sir MV)who was born on 15 September 1861 in Muddenahalli village in the erstwhile Mysore State. (Now Karnataka)
ii. He was the chief engineer for the construction of the Krishna Raja Sagar dam on Kaveri river in Mysuru, Karnataka and chief engineer of flood protection system for the city of Hyderabad, Telangana.
iii. He was a great Indian engineer, scholar, statesman, and the 19th Diwan of Mysore from 1912 to 1918 and was famously known as the Father of Modern Mysore & Father of Engineers in India. 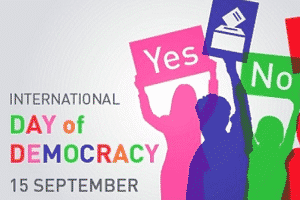 Key Points:
i. The day was adopted by the United Nations General Assembly (UNGA) in November 2007 and it was first celebrated in 2008by marking the 20th anniversary of the First International Conference of New or Restored Democracies.
ii. The 2030 Agenda for Sustainable Development addresses democracy in Sustainable Development Goal (SDG) 16- Peace, Justice and Strong Institutions.
About UNGA:
♦ Headquarters: New York, US
♦ President: María Fernanda Espinosa (73rd session), Prof. Tijjani Muhammad Bande (designated for the 74th session-Sept 2019)

Meenakshi Madan Rai takes charge as acting CJ of the Sikkim HC
On September 14, 2019, The central government has appointed Justice Meenakshi Madan Rai, senior-most Judge of the Sikkim High Court, as the acting Chief Justice of the high court by replacing Justice Vijai Kumar Bist, who set to retire on September 16, 2019. The appointment has been made by exercising the powers conferred by Article 223 of the Constitution of India.

Key points:
i. After earning her LLB (Bachelor of Laws) degree from Campus Law Centre, Delhi University in 1989, Rai enrolled as an advocate in Delhi in the year 1990.
ii. In December 1990, Rai was chosen as a Judicial Magistrate 1st Class in Gangtok, Sikkim(the 1st woman to hold the post of Sikkim) & in 2000 she was promoted to the position of Chief Judicial Magistrate cum Civil Judge.
iii. In 2004, she promoted to become a District & Sessions Judge, and then later appointed as Registrar of the High Court that same year.
iv. Chief justice: The chief justice is the presiding member of a supreme court in any of many countries with a justice system based on English common law, such as the Supreme Court of Bangladesh, the Supreme Court of Canada, and provincial or state supreme courts/high courts. As primary duties, the chief justice presides over oral arguments before the Supreme Court and sets the agenda for the court’s meetings.