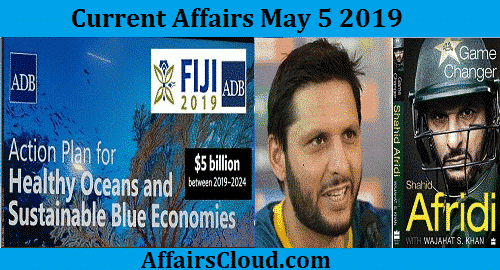 IIT Kanpur collaborates with CSC e-Governance Services India to scale-up ‘Unnat Bharat Abhiyan’ scheme
A Special Purpose Vehicle under the Ministry of Electronics & IT, (Information Technology) CSC (Common Services Centre) e-Governance Services India Limited, has partnered with the Indian Institute of Technology (IIT)Kanpur to upscale ‘Unnat Bharat Abhiyan’.
‘Unnat Bharat Abhiyan project’ is being led by Dr. Reeta Singh, from IIT Kanpur.
Key Points:
i.‘ Unnat Bharat Abhiyan’ is the programme of the HRD (Human Resource Development) Ministry which is working towards achieving solutions for increasing sustainable growth in rural India.
ii. IIT-Kanpur has brought together 15 leading higher education institutions from UP (Uttar Pradesh) to work together with CSC, under this policy, for the villages’ development.
iii. Through CSC, they will adopt gram panchayats and equip themselves with citizen-centric services. IIT Kanpur has adopted 5 villages for its holistic development. The villages are situated on the outskirts of Kanpur and are as follows: Hridayapur, Baikanthpur, Ishwariganj, Pratappur Hari and Saxupurva.
iv. The educational institutions will provide training to the village level entrepreneurs (VLEs) who run CSCs.
v. These entrepreneurs would be equipped with the usage of solar energy, cleanliness, and usage of modern technologies.
vi. The collaboration of IIT-Kanpur with the leading institutions with CSCs would strengthen the government’s vision of Digital India. i.Among the 10 rivers that transports 88% to 95% of plastics into the sea globally, 8 are in Asia and Pacific region.
Key points:
i. The Healthy Oceans Action Plan was launched at the 52nd Annual Meeting of ADB’s Board of Governors, Fiji.
ii. ADB President is Mr. Takehiko Nakao.
iii. Healthy Oceans Action Plan will expand financing and technical assistance for ocean health and marine economy projects to $5 billion from year 2019 to 2024.
iv. The 4 areas that the Action Plan will focus on, are as follows:

v. Under this policy, ADB will also launch the Oceans Financing Initiative (will be done by credit risk guarantees and capital market ‘blue bonds’) which will help in creating opportunities for the private sector to invest in projects for bettering marine health.
vi. The Oceans Financing Initiative will be handled in Southeast Asia in partnership with the ASEAN (Association of Southeast Asian Nations) Infrastructure Fund and the Republic of Korea.

DPIIT recommends relaxation in Income Tax rules to facilitate fundraising by start-ups
The Department for Promotion of Industry and Internal Trade (DPIIT) has brought relaxation in the income tax rules related to residential properties’ sale and carry-forward of losses, in order to facilitate fundraising by start-ups.
i. The relaxation laws are part of the ‘Startup India Vision 2024‘ that’s been prepared by the DPIIT.
ii. The DPIIT recommended amendments in Section 54GB of the Income Tax Act, that is, capital gain on transfer of residential property not to be charged in certain cases and Section 79 that states, carry forward and set off of losses would be done for specific companies.
iii. The DPIIT has proposed to reduce shareholding requirements of founders from 50% to 20% and compulsory tenure from 5 years to 3 years.
iv. Start-up promoters need to hold 100% shares for carrying forward of losses.
v. Startup India, launched in January 2016 is the flagship initiative of the government. It intends to build a strong ecosystem for the growth of start-up businesses for driving sustainable economic growth and increase employment opportunities. The Startup India action plan provides tax and other incentives. 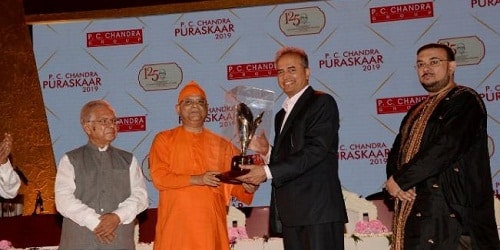 i. He is also known as  ‘The Man with Divine Hands’.
ii. In 2003, he has won Padma Shri and Padma Bhushan for medicine in 2013.
About P.C. Chandra Puraskaar:
i. This award ceremony was introduced in 1993 as a tribute to late Shri Puran Chandra. It carries an honorarium of Rs. 10 lakhs, which is tax exempt.
ii. The award has recognized people from various field and paths of life achieving great success in their respective fields.
About Ramakrishna Mission:
♦ Founder: Swami Vivekananda
♦ Founded: 1897
♦ Headquarters: Belur Math, West Bengal, India
♦ Purposes: Education, Philanthropy, Religious studies, Spirituality

Serbia’s Dragan Mihailovic  to be designated as  new head coach for Indian Men’s Volleyball team
On 3rd May 2019,  Serbia’s Dragan Mihailovic has been appointed as the new head coach of the Indian Men’s Volleyball team by the Volleyball Federation of India (VFI). While Pryemyslaw Gaszyoski and Valadimir Radosevic have been named as the team’s physio trainer and physiotherapist respectively.
Key Points:
i. Mihailovic succeeds Bir Singh.
ii. All the new appointees have been designated for five months and will work with the team for the Asian Championships scheduled to be held in Iran in September 2019.
iii. Mihailovic had worked with clubs like Orestiada and  Panathinaikos.
iv. He has more than 25 years of experience as a coach and has won several medals as an assistant coach with Serbia at the European Championships, World Championships, and Olympics.
About Volleyball Federation of India:
♦ Founded: 1951
♦ Headquarters  :  Bangalore, India
♦ President  :  S Vasudevan

Archery Association of India named Sunil Sharma as acting president to start with the polling procedure
Archery Association of India (AAI) named Sunil Sharma, its senior vice president (also VP of Jammu and Kashmir Archery Association) in accordance with Article 24 of AAI Constitution (as approved by the Supreme Court on 4th December 2017) as its acting president to start the election process. Sunil Sharma was preceded by BVP Rao.
Key points:
i. Thereafter, Sunil Sharma headed the Executive Committee meeting.
ii. The Supreme Court had declared the elections conducted in December 2018 by the AAI as ‘null and void‘. They were monitored by S Y Quraishi, an administrator appointed by the high court.
iii. It was notified by the Executive Committee that the acting president shall (according to Article 17 of the constitution) appoint the returning officer to conduct elections of AAI office bearers.
iv. The Supreme court on 4th December 2017 directed AAI 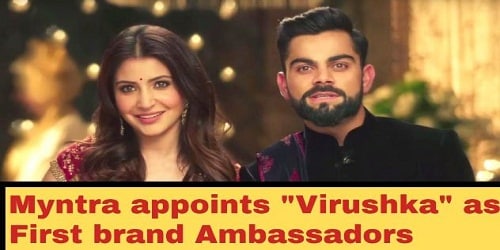 i. Myntra has launched an integrated campaign called ‘Go Myntra-la-la’ to promote the brand. Advertising agency McCann Worldgroup from Bengaluru has created the television campaign.
ii. Anushka Sharma is a Bollywood actress and Virat Kohli is a famous cricket player. The couple has worked as brand ambassadors together for brands including Head and Shoulders and Manyavar.
iii. According to the 2018 Duff & Phelps celebrity brand valuation report, ‘Virushka’ are the biggest ‘power couple’ in terms of brand promotions after Deepika Padukone and Ranveer Singh.
About Myntra:
♦ Parent organization: Flipkart
♦ Founded: 2007
♦ Headquarters location: Bengaluru
♦ Founders:  Mukesh Bansal, Vineet Saxena, AshutoshLawania

Japan’s first privately developed rocket “Momo-3” reached outer space
A Japanese aerospace start-up Interstellar Technology Inc. has successfully launched a first privately developed rocket ‘Momo-3’ into space. The unmanned rocket launched from its test site in Taiki on the northern Japanese island of Hokkaido and it reached about 110 km in altitude before falling into the Pacific Ocean after 10 minutes of flight time. 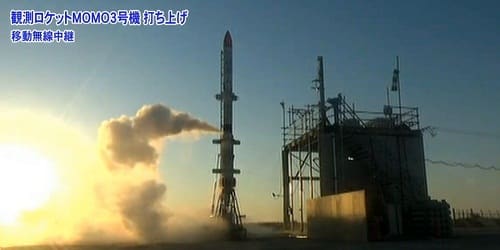 Key Highlights
i. The rocket is 10 meters in length, 50 centimeters in diameter and weighs about 1 ton. ‘Momo-3’ rocket has the capability of putting payloads into the orbit.
ii. The company Interstellar Technology Inc. founded by former Livedoor Co. President Takafumi Horie in 2013. The objective is to develop low-cost commercial rockets to carry satellites into space.
About Japan
♦ Capital: Tokyo
♦ Currency: Japanese Yen

Space X launched Falcon-9 rocket for space station resupply mission with Dragon Spacecraft
Space Exploration Technologies Corp. (Space X) launched its 17th commercial resupply mission to the International Space Station (ISS) by using Falcon 9 rocket with Dragon Spacecraft. The 213-foot-tall rocket lifted off at about 2:48 a.m. local time from Cape Canaveral Air Force Station in Florida. The resupply mission contains almost 5,500 pounds of science, supplies, and hardware.
Key Highlights
i. This mission is a part of NASA’s Commercial Resupply Services (CRS) program, which uses commercial spacecraft to deliver cargo to the ISS. Space X and Northrop Grumman carry out these missions for NASA by using Dragon Spacecraft and Cygnus Spacecraft respectively.
ii. This is the 17th cargo resupply mission to the ISS launched by Space X under a contract worth of USD 3.04 billion for 20 cargo deliveries through early 2020. Also, Space X has a separate follow-on contract for at least six more resupply missions to the ISS through 2024.
About Space X
♦ Headquarter: Hawthorne, California, U.S
♦ Founder & CEO: Elon Musk

XXXVI Feliks Stamm International Boxing Tournament 2019
The XXXVI Feliks Stamm International Boxing Tournament 2019 was held at Centre of Sport and Recreation in Warsaw, Poland from April 28 to May 5, 2019. The event was organised by the Polish Boxing Association. In this tournament, India won a total 6 medals which includes 2 gold, 1 silver and 3 bronze medal. 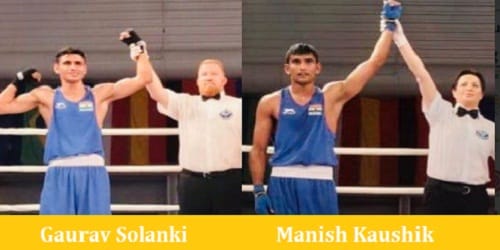 i. Afridi is popularly known as ‘Boom Boom’ and holds the world record for the fastest ODI (One Day International) century in 37 deliveries.
ii. He also holds the distinction of having hit the most number of sixes in the history of ODI cricket.
iii. The book has been co-authored by Afridi and journalist Wajahat S Khan.
iv. ‘Game Changer’, among the other revelations, unveils:

May 5, 2019, observed as a World Laughter Day
World Laughter Day is observed on the first Sunday of May every year and this year first Sunday of May coincide with May 5. The day was first celebrated on May 10, 1998, in Mumbai and arranged by Dr. Madan Kataria, founder of the worldwide Laughter Yoga Movement. The purpose is to raise awareness about laughter and its many healing benefits.
Additional Information
i. The Laughter Yoga Movement started by Dr. Kataria was a part of the facial feedback hypothesis which postulates that facial expression of a person can have an effect on their emotions. The popularity of this movement has grown exponentially and till now over 6000 laughter Clubs opened worldwide.
ii. The first World Laughter day named HAPPY-DEMIC took place outside India on January 9, 2000 in Copenhagen, Denmark.
About Denmark
♦ Capital: Copenhagen
♦ Currency: Danish Krone

Noted writer, academician Maramraju Satyanarayana Rao, died at 84
On 4th May 2019, Prominent writer and academician, Maramraju Satyanarayana Rao died due to cardiac arrest in Hyderabad. He was 84. He was born at Jayyaram village in Mahabubabad district, Telangana.
i. He had worked as professor of political science and registrar of Ambedkar Open University, Hyderabad.
ii. He actively participated in separate Telangana agitation in 1969.

Arakkal Sultan Adiraja Fathima Muthu Beevi, head of Muslim royal dynasty passes away
On 4th May 2019, Adiraja Sultana Fathima Muthu Beevi, the head of erstwhile Arakkal royal family, passed away at her house ‘Isalil’ in Thalassery, Kerala due to age-related ailments. She was 86. She was the wife of late C P KunjahammedIlaya.
i. Arakkal was the lone Muslim royal family in Kerala that had once ruled the Cannanore (present Kannur) and southern Lakshadweep. The ruling King was called Ali Raja and the ruling queen was called Arakkal Beevi.
ii. On June 26, 2018, Fathima Muthu Beevi took over the charge as 39th head of the dynasty, following the death of her sister Sultana Arakkal Adiraja Zainaba Aysha Beevi.