We are here for you to provide the important Recent and Latest Current Affairs 8 March 2020, which have unique updates of Latest Current Affairs 2020 events from all newspapers such as The Hindu, The Economic Times, PIB, Times of India, PTI, Indian Express, Business Standard and all Government official websites. 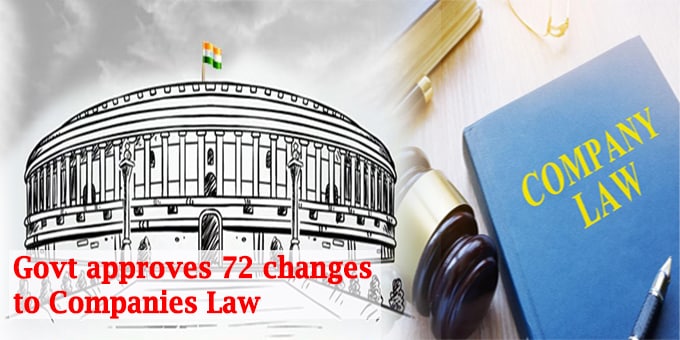 In order to further promote ease of doing Business, the Union Cabinet headed by Narendra Modi has approved the Companies (Second Amendment) Bill, 2019 to amend the Companies Act, 2013 with a total of 72 changes in its 65 sections. The focuses of these changes are decriminalization of various provisions Act i.e. to lessen of criminal penalties in relation to certain sections, and to permit direct overseas listing of Indian corporates. 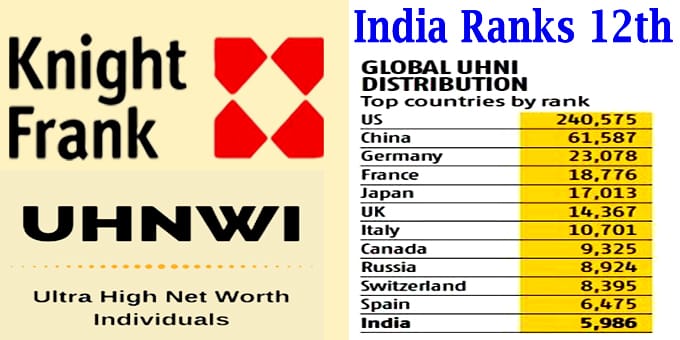 On March 5, 2020 in a meeting of The Inter-Ministerial Approval Committee (IMAC)which was held under the chairmanship of Union Food Processing Industries Minister Smt. Harsimrat Kaur Badal sanctioned 10 projects of  Rs 301.54 crore with total grant-in-aid of 67.29 crore & it is likely to generate employment for around 8000 people and benefit 32000 farmers in that region.
Key Points
i.The projects are sanctioned under the ‘Agro Processing Cluster Scheme’ of Pradhan Mantri Kisan Sampada Yojana (PMKSY) of the Ministry of Food Processing Industries (MoFPI)….Click here to Read More 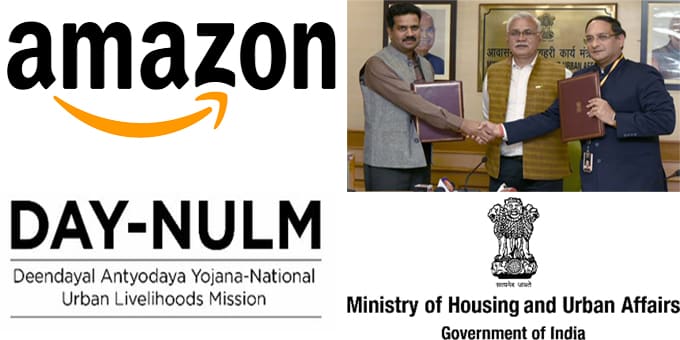 On March 5, 2020 Deendayal Antyodaya Yojana- National Urban Livelihoods Mission (DAY- NULM) functions under the Ministry of Housing and Urban Affairs(MoHUA) signed MoU (Memorandum of Understandings) with Amazon for electronic marketing (e-Marketing) of products made by Self Help Groups (SHGs) across the Country….Click here to Read More

Indian female labour-force participation dropped from 34% in 2006 to 24.8% in 2020: UNGC Study
In accordance with the United Nations Global Compact (UNGC) India study, India is the only country among the 153 surveyed countries where the economic gender gap is larger than the political gap. Its female labour-force participation has declined from 34% in 2006 to 24.8% in 2020.
Key Points:
i.If women participation raised in the labour force same as men then it can boost India’s GDP (Gross Domestic Product) by 27%.
ii.Globally, 38.7% of employed women are working in agriculture, forestry and fisheries, but only 13.8% of landholders are women.
iii.To ensure effective changes, Companies need to formulate policies and procedures at par to various life changes in their employees, including maternity, changing care needs, dual career couples and continuity.
About UNGC
Establishment– 2000
Headquarters– New York, United States (US)
CEO & Executive Director– Ms. Lise Kingo

5th BIMSTEC Summit 2020 to be held in Colombo, Sri Lanka in September
On March 4, 2020,The 5th edition of BIMSTEC (Bay of Bengal Initiative for Multi-Sectoral Technical and Economic Cooperation) Summit 2020 to be held in Colombo, Sri Lanka in the month of September 2020.This was informed by BIMSTEC Secretary General (SG) Mohammad Shahidu Islam during his meeting with Sri Lankan Prime Minister (PM) Mahinda Rajapaksa.
Key Points:
i.The summit will be preceded by the 17th Ministerial Meeting and 21st Senior Officials Meeting by the end of 2020.
ii.During the meet, it was decided that Sri Lanka will lead the science, technology, and innovation sector India on security, Bangladesh will lead Trade and Investment, Bhutan on Environment and Climate Change, Myanmar on Agriculture and Food Security, Nepal on People-to-People Contact and Thailand on Connectivity in BIMSTEC.
iii.Sri Lanka is the Chair of BIMSTEC between 2018 and 2020 and it will hand over the chairmanship to Thailand by the end of 2020.
iv.Even though Sri Lanka had hosted 3 Working Committee meetings earlier, this summit will be the first one under the new Administration.
About Sri Lanka:
Capital– Sri Jayawardenepura Kotte.
Currency– Sri Lankan rupee (LKR)
President– Gotabaya Rajapaksa
About BIMSTEC:
Secretariat– Dhaka, Bangladesh
Members– Bangladesh, Bhutan, India, Myanmar, Nepal, Sri Lanka, Thailand.
It is an international organisation of 7 nations of South Asia & South East Asia.

Board of Approval headed by Anup Wadhawan approved TCS, DLF proposals to set up SEZs for IT in Haryana, UP 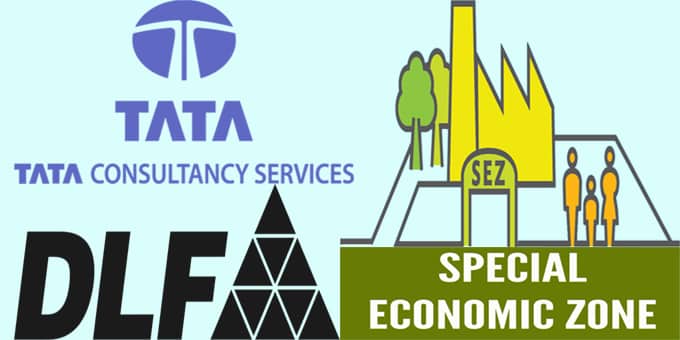 On March 06, 2020, The highest decision-making body for special economic zones (SEZs) chaired by the commerce secretary Anup Wadhawan, has approved the proposals of Information technology (IT) major TCS (Tata Consultancy Services Limited) and DLF (Delhi Land and Finance) Limited  a premier real estate company in India to establish a special economic zones (SEZs) for IT sector in Noida (Uttar Pradesh -UP) and Haryana respectively….Click here to Read More 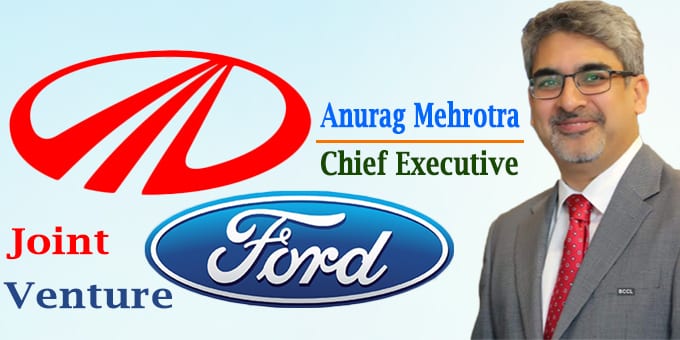 On 5th March 2020 the Managing Director of Ford India, Anurag Mehrotra was appointed as the Chief Executive officer for the New joint venture formed by Mahindra and Ford with effect from April 1, 2020.This joint venture is formed to develop and sell Ford branded cars in India and other emerging markets. The joint venture created is valued at $275 million (Rs 1,925 crore).

Chandrayaan-3 will be launched in the first half of 2021: Jitendra Singh
On March 04, 2020, According to the Minister of State in the Prime Minister’s Office, Jitendra Singh, a possible schedule for the launch of Chandrayaan-3 is planned to be implemented in the first half of 2021.
Key Points:
i.The preparation of Chandrayaan-3 has been done by taking lessons from the previously launched Chandrayaan-2, a Moon mission which was launched in 2019, in which the Indian Space and Research Organisation (ISRO)’s Vikram Lander lost contact following a hard landing on the Moon’s surface.
ii.Chandrayaan-3 will be designed to increase design, capacity with a cost of around Rs 610 crore, including Rs 360 crore for the launch rocket.
iii.ISRO also decided to launch in the same area where Chandrayaan-2 launched, and would have a lander, rover and propulsion module like its predecessor.
iv.Jitendra Singh also mentioned India’s manned space mission Gaganyaan project,where  4 biological and 2 physical science experiments related to microgravity have been done.
About Indian Space and Research Organisation (ISRO):
Headquarters– Bengaluru,Karnataka.
Chairman- Dr Kailasavadivoo Sivan

NASA’s named Mars 2020 rover as Perseverance
On March 6, 2020 NASA (National Aeronautics and Space Administration) announced the name of the 5th Mars (red planet) rover as Perseverance. Previously the rover was known by its codename as Mars 2020. The name was suggested by Alexander Mather, 7th standard student and was announced by Nasa’s director of science, Thomas Zurbuchen at an event in Lake Braddock Secondary School in Burke, Virginia.
About Perseverance: The rover has improved wheel design which is used to collect the samples from the martian rocks and helps scientists to determine about the ancient microbial life that existed in red planet.
Key Points:
i.Alexander Math will receive an invitation to travel with his family to Cape Canaveral, Florida, US (United States) to witness the rover begin its journey, when it launches between July 17 and August 5, 2020 & will come to land in February 2021.
ii.Nasa’s naming competition asked children to submit their favoured name for the Mars 2020 rover began in August 2019, comprises 4,700 voluntary judges including teachers and space enthusiasts shortlisted nine names and was asked by the public to vote & select the word through online.
iii.The Perseverance rover will be the  5th exploratory vehicle after Sojourner, Spirit, Opportunity and Curiosity.
About NASA:
Headquarters- Washington, D.C., United States.
Administrator- Jim Bridenstine. 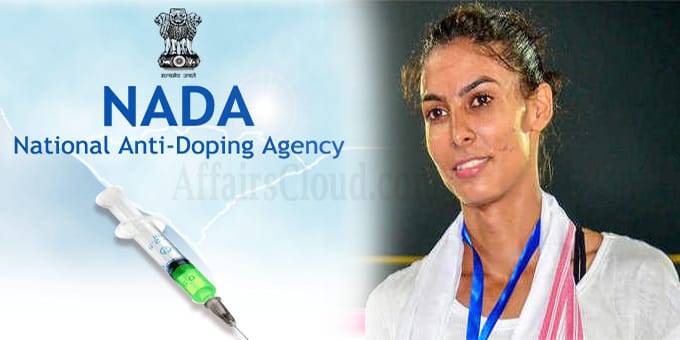 Indian 400-meter runner Prachi choudhary from Uttar Pradesh was tested out of competition and was provisionally suspended by the National Anti-Doping Agency (NADA) on March 6,2020, for the presence of anabolic steroid, Oxandrolone.

Sports Authority of India (SAI) announced 1st edition of Under-21 Khelo India Women’s Hockey League
On March 5, 2020 Sports Authority of India (SAI), in association with Hockey India announced the 1st edition of the Khelo India Women’s Hockey League Under-21. The tournament will be organized by Hockey India at 3 phases in 3 different venues between March to November 2020.
Key Points:
i.Dates & Venues of 3 phases: 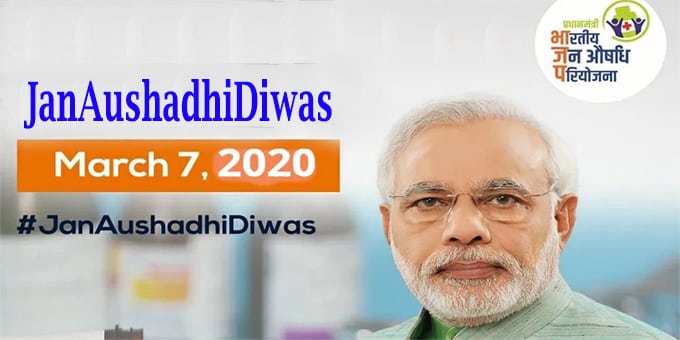 The ‘Jan Aushadhi Diwas’ is observed every year on March 7.  The aim of this day is to create awareness about the use of generic medicines. This day also celebrates the achievements of Pradhan Mantri Bharatiya Janaushadi Pariyojana. The first “Jan Aushadhi Diwas” is celebrated on 7th March 2019.

Lieutenant Governor Girish Chandra Murmu launched Student Health Card scheme for school children  in Jammu and Kashmir
On March 5, 2020, Jammu and Kashmir, Lieutenant Governor Girish Chandra Murmu launched a Student Health Card scheme for school children aimed to improve the health and overall wellbeing of over 12 lakh students of government schools.
i.The aim of the scheme is to ensure good health of every school going child & to create awareness among parents about the benefits of this scheme.
ii.Under the scheme,to ensure good health, regular health checkups for school going children will be made.
iii.The card will carry information about the immunisation record & bi-annual examination of a child, check list of commonly existing disorders among children &  their preliminary diagnostic tools, tabular description of periodic health profile matrices & a brief description of commonly occurring diseases and ailments among children.
iv.The scheme was launched during a programme organised by the Directorate of Mid Day Meal, School Education Department along with National Health Mission today at Teachers Bhavan Jammu.
v.Earlier, Mid Day meal Scheme was launched for the needy school going children so that malnutrition can be prevented.
About Jammu & Kashmir:
Capital- In Summer- Srinagar, In Winter- Jammu
State Bird– Black-necked Crane