We are here for you to provide the important Recent and Latest Current Affairs 5 March 2020, which have unique updates of Latest Current Affairs 2020 events from all newspapers such as The Hindu, The Economic Times, PIB, Times of India, PTI, Indian Express, Business Standard and all Government official websites.

Stand Up India Scheme has more than 81% Women account holders; over 43% Women subscribers in APY; 70% Women borrowers in MUDRA; Over 40% women member enrollments in PMJJBY & PMSBY 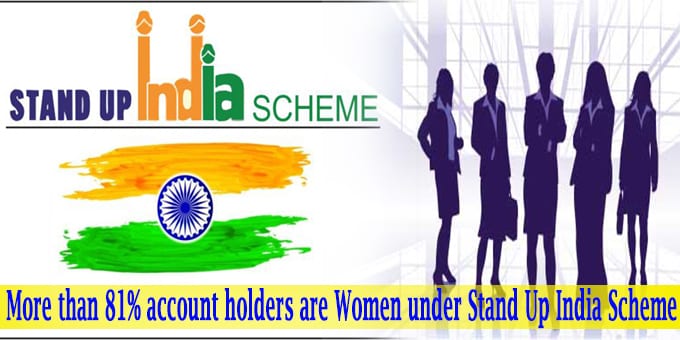 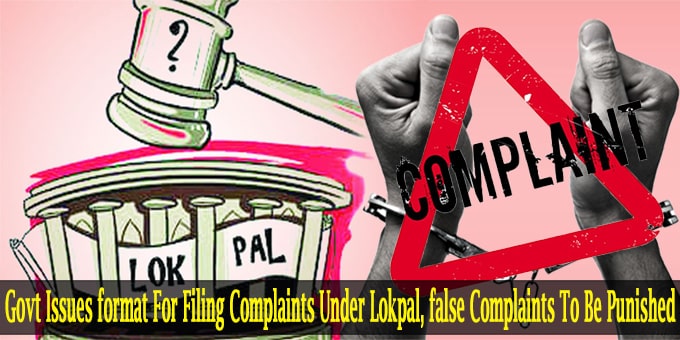 On March 2, 2020, the Ministry of Personnel, Public Grievances and Pensions (MoPP&P) has issued a format for filing complaints of corruption against public servants with the Lokpal or anti-corruption ombudsman under Lokpal (Complaint) Rules, 2020. The Lokpal rules have been laid down under the Section 59 of the Lokpal and Lokayuktas Act 2013.

Govt approves Indian airlines to provide in-flight wi-fi services to its passengers; Vistara to be first in line
On March 2, 2020, The central government has approved airlines companies operating in India to provide in-flight wi-fi services to its passengers upon permission from the pilot-in-command. However, while using Wi-Fi, the passengers’ gadgets must be on flight mode. This step has been taken to make domestic flights at par with global airlines while providing convenience to passengers.
Key Points:
i.Passengers can get the benefit of in-flight WiFi services for smartphones, laptops, tablets,smartwatches, e-readers or a point of sale device(PoS).
ii.According to the Vistara CEO Leslie Thng, the first Boeing 787-9 aircraft would be the first aircraft to provide Wi-Fi during flight in India.
iii.In 2018, the government announced maritime communications (IFMC) and in-flight WiFi licenses for international and Indian vessels and aeroplanes. It was first proposed by the Indian Telecom Regulator. On March 2, 2020, the Ministry of Environment, Forest and Climate Change (MoEFCC) has notified that under the Compensatory Afforestation Fund Management and Planning Authority (CAMPA), a financial assistance of Rs 1.51 crore has been sanctioned to Kaziranga National Park in Kanchanjuri, Assam during the financial years 2018-19 and 2019-2020.For the financial years 2018-19 Rs 94,46,585 was sanctioned while Rs 51,24,670 was allocated for 2019-2020. On March 3,2020, A 5-day-long 35th edition of the International Food and Hospitality fair ‘AAHAR 2020’ has commenced in Pragati Maidan, New Delhi. It was inaugurated by Union Minister of Commerce and Industry, Piyush Goyal.
i.This fair has been specially focused on promoting the agriculture-community as well as tourism sectors especially hospitality companies.
ii.The fair, open for business visitors from 10 am to 6 pm, is being jointly organized by India Trade Promotion Organisation (ITPO) in partnership with the Agriculture and Processed Food Products Development Authority (APEDA), Union Ministry of Food Processing Industries and several apex industry associations….Click here to Read More

Luxembourg becomes the world’s 1st nation to make all public transport free from Feb 29
In order to reduce traffic pressure on the road, Luxembourg, the 7th smallest country in Europe, has been made public transport free from February 29, 2020. It became the first country in the world to do so.
However, this free public transport system does not include 1st -class travel tickets on trains and certain night bus services. Commuters can still pay for first class, at a cost of 660 euros a year.
Key Points:
i.Earlier, all the standard-class journeys on public transport in the country caused an annual pass worth 440 euros ($485).
ii.The move will benefit people with low incomes or the minimum wage, tourists from neighbouring countries like Germany, Belgium and France.
iii.Luxembourg has more than 600,000 inhabitants, and 214,000 cross-border laborers traveling to this country for work every day, which causes heavy traffic jams.
iv.It is expected that more than 65 % of people in Luxembourg use their car to go to work in 2025, down from 73% in 2017.
About Luxembourg:
Capital– Luxembourg
Currency– Euro
Prime Minister– Xavier Bettel 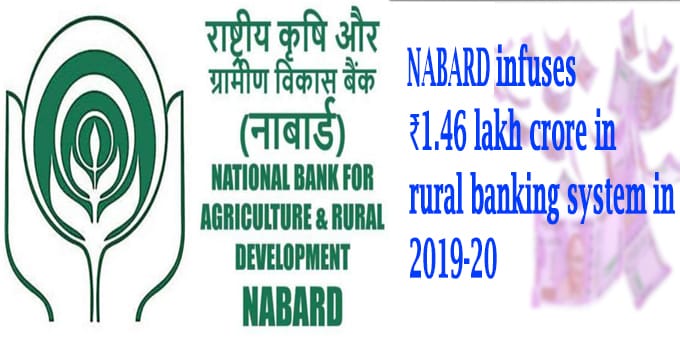 On March 3, 2020,According to the National Bank for Agriculture and Rural Development (NABARD), an Apex Development Financial Institution in India, it has granted Rs 1.46 lakh crore in the rural banking system during the current fiscal-FY (2019-20) with the aim to help them get their resources effectively for handling the credit needs of rural people, including farmers.
i.Break-up: Of the total amount, it had infused Rs 87,069 crore to rural cooperative banks and regional rural banks (RRB) in short-term refinance. Along with this, long-term refinance of Rs 59,502 crore has also been offered to these banks and other financial institutions on February 28, 2020.
ii.Credit to NBFCs& MFIs: NABARD also offered institutional credit to rural sectors through non-banking financial institutions (NBFCs) and MFIs(Micro Finance Institutions), which have obtained Rs 4,638 crore till now during FY 20….Click here to Read More

NMDC & i-TIC Foundation of IIT Hyderabad signed  pact to support Deep-Tech Start-Ups
On March 2, 2020  National Mineral Development Corporation (NMDC) Limited &  i-TIC foundation the Technology Business Incubator (TBI) of IIT Hyderabad signed an agreement to support start-ups through a joint incubation program through  NMDC Innovation & Incubation Centre (NICE)  to promote the spirit of innovation and entrepreneurship in the country.
i.A start-up ecosystem to be established on the premise of IIT Hyderabad to foster, nurture & incubate Deep-tech start-ups with new & innovative ideas.
ii.NMDC Limited to contribute Rs 10 crore for 5 year joint incubation programme & to support at least 15 start-ups.
iii.The proposal is to support 5 start-ups a year with the incubation period for each of them being 2 years which is  extendable by 6 months.
iv.NICE is in line with the Centre’s ‘Startup India’ initiative which will offer working space, facilitate networking with  mentors, experts, apart from offering financial support to start-ups.
v.The agreement is signed by PK Satpathy, Director (Production), NMDC &  BS Murty, Director, IIT Hyderabad and President of i-TIC Foundation.
About NMDC Limited:
Chairman & MD– N Baijendra Kumar
Headquarters– Hyderabad, India In accordance with the report titled “Trade-Related Illicit Financial Flows in 135 Developing Countries: 2008-2017” by US-based think tank Global Financial Integrity (GFI), India has the third-highest trade-related illicit financial flow among over 135 countries in 2017 while China has topped the report. As an average of 2008-2017, India ranked fourth among 135 countries and China stood at first. 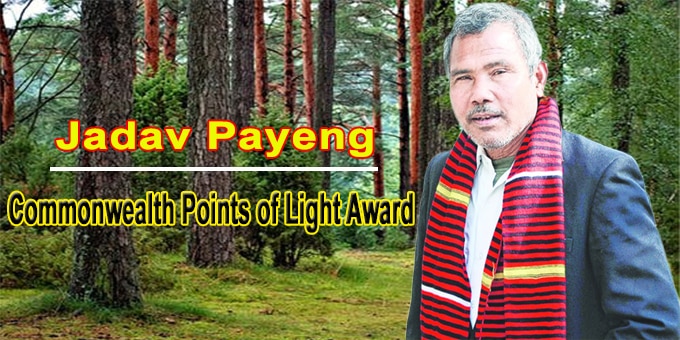 On March 3 2020, Jadav Payeng, an environmental activist of Assam also known as the “Forest man of India” named as 128th winner of Commonwealth Points of Light Award.  He had spent 30 years of his life for planting trees.  He was honored by the Head of Common Wealth the Queen Elizabeth II for his exceptional volunteer service in environmental conservation.

Commonwealth Points of Light Award:
The Award was First established by former the U.S. President George H. W. Bush in 1990 and it is given to thank inspirational volunteers across the 53 Commonwealth nations.

On March 3, 2020 chairman of The Hyatt Foundation Tom Pritzker announced  Yvonne Farrell (69) and  Shelley McNamara (68) as the winners of Pritzker Architecture prize 2020. It is the 1st time an Irish citizen & a female combination won the prize.It is an annual award sponsored by Hyatt foundation is regarded as the profession’s highest award.
i.They co-founded Grafton Architects in 1978 in dublin
ii.They gained international fame….Click here to Read More On March 3, 2020, Appointments Committee of the Cabinet (ACC) headed by Prime Minister (PM) Narendra Modi has approved the appointment of Ajay Bhushan Pandey as the new Finance Secretary in Ministry of Finance. He will succeed current Rajiv Kumar, who has retired in February 2020.

Secretaries of other departments of Finance Ministry: 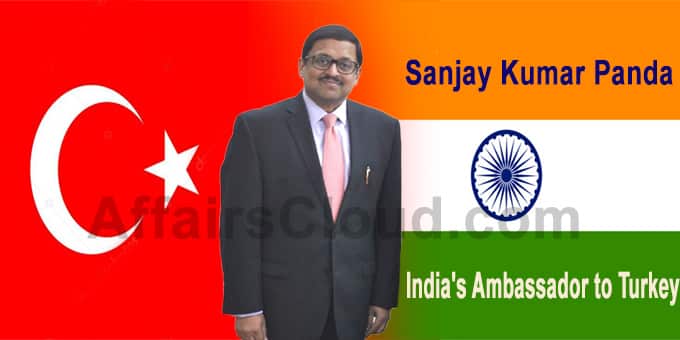 NBCC gets NCLT approval to acquire Jaypee Infratech
On March 4, 2020, The National Company Law Tribunal (NCLT) has approved the acquisition of debt-ridden Jaypee Infratech Ltd (JIL) by NBCC (India) Limited (formerly National Buildings Construction Corporation Limited). The Principal Bench headed by Acting President B S V Prakash Kumar approved the resolution plan submitted by NBCC.
Key Points:
i.The tribunal also ordered that Rs 750 crore deposited by Jayaprakash Associates, the parent company of Jaypee Infratech, be part of the plan. This money is deposited in the registry of the Supreme Court (SC)
ii.With this approval, NBCC will complete the construction of over 20,000 unfinished flats of JayPee in the next three and a half years and will house those who have not yet received due to hanging projects, which was launched by Jaypee Infratech (JIL) in Noida and Greater Noida (Uttar Pradesh).
iii.This will not only provide relief to Jaypee Infratech’s home buyers, but will also give a boost to the real estate sector. The case went into a debt redressal process in August 2017 after the NCLT admitted an application by an IDBI Bank-led consortium. The lenders committee of Jaypee Infratech already approved NBCC’s resolution plan in December 2019. The committee consists of 13 banks and about 21,000 land buyers.
iv.The homebuyers’ claim amounting to Rs 13,364 crore and lenders’ claim worth Rs 9,783 crore have been admitted, the agency reported.  The NBCC has offered 1,526 acres of land to lenders under a land-debt swap deal. Apart from this, the state-owned firm has proposed to transfer the road asset to lenders.
About NBCC (India) Limited:
Headquarters– New Delhi
Chairman–cum-Managing Director– Mr. P K Gupta
About Jaypee Infratech Ltd(JIL):
Headquarters– Noida, Noida, Uttar Pradesh
Chairman-cum-Managing Director– Shri Manoj Gaur

Zomato acquires UberEats India for $206 million
On March 04, 2020, According to the Uber ‘s recent regulatory filings, Zomato, an Indian restaurant aggregator and food delivery startup has acquired Uber’s food delivery business in India, Uber Eats for $206 million, where the investment was priced at $171 million, the balance $35 million was received as a reimbursement of goods and services tax (GST) receivable from Zomato.
Key Points:
i.In January 2019,Zomato has acquired Uber’s food delivery business in India, Uber Eats in an all-stocks deal for a 9.99 % stake in Zomato.However, the two firms had not disclosed the financial terms of the deal.
ii.Following this acquisition, all of Uber Eats’ customers will be directed to Zomato platform & It will boost Zomato’s position in the food delivery market.
About Zomato:
Headquarters– Gurugram, Haryana
CEO– Deepinder Goyal
About Uber:
Headquarters– San Francisco, U.S.
CEO– Dara Khosrowshahi
It is an ride-hailing company & has started its food delivery service in India around mid-2017.
About Uber Eats: It was competing with Zomato as well as Swiggy in the market. 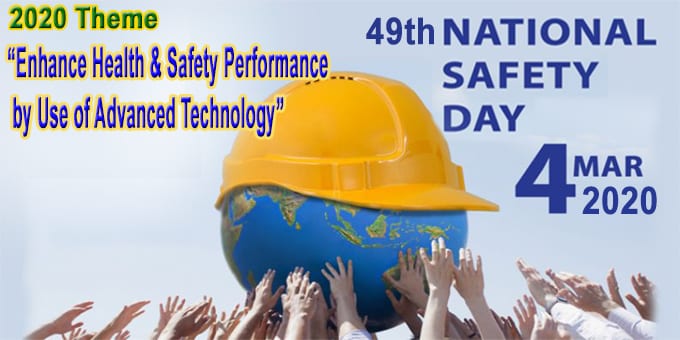 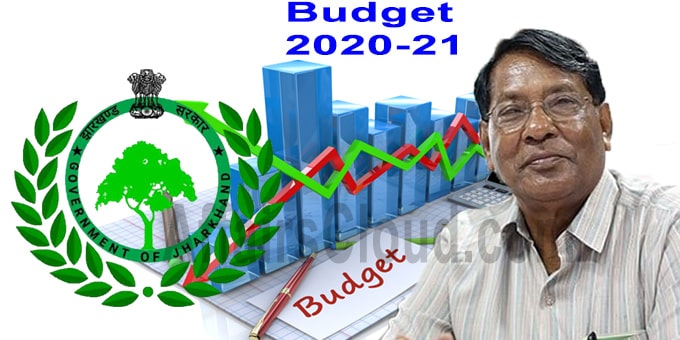 UP Govt to provide monthly grant of Rs 900 for adopting a stray cattle
On March 3, 2020, According to the Uttar Pradesh (UP) Chief Minister(CM) Yogi Adityanath, the state government has decided to provide monthly grant of Rs 900 to those farmers who will keep stray cattle at their houses. He inaugurated a modern hospital for cattle at Mataji cow shelter home in Mathura,UP.
Key Points:
i.On August 6, 2019, a scheme called “Nirashrit/Besahara Govansh Sahbhagita scheme (stray cattle scheme)”/‘Chief Minister Destitute Cow Participation Scheme’ was approved by the state Cabinet in its meeting chaired by CM Yogi Adityanath.
ii.Total Outlay is Rs 109 Cr will be spent on this exercise annually. A condition has been put that the person adopting the animal cannot sell or let loose/abandon the animal. A committee will be set up in each district to monitor the exercise and each such animal handed over will be ear-tagged for identity and subsequent monitoring.
iii.As per the government’s 2012 census, Uttar Pradesh has 205.66 lakh animals, of which 10-12 lakh are stray animals.
About Uttar Pradesh(UP):
Capital– Lucknow
Governor– Anandiben Patel
National Parks(NP)- Dudhwa NP.
Wild Life Sanctuaries(WLS)– Bakhiara WLS, Hastinapur WLS, Katarniaghat WLS, Kishanpur WLS.