We are here for you to provide the important Current Affairs March 22 2019, which have unique updates of all daily events from all newspapers such as The Hindu, The Economic Times, PIB, Times of India, PTI, Indian Express, Business Standard and all Government official websites. 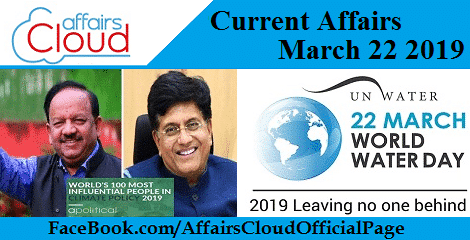 India’s GDP growth forecast trimmed to 6.8% for FY20 by Fitch
Fitch rating in its Global Economic Outlook, has decreased the India’s economic growth forecast to 6.8% from 7% earlier for FY19-20 (1 April 2019 – 31 March 2020).
i. Fitch also slashed GDP growth forecast for FY19 (ending March 2019) to 7.2% from 7.8% that was projected in the December edition.
ii. For FY21, the economic growth of India is fore casted at 7.1% from earlier 7.3%.
iii. The key reason behind the decrease in growth forecast is the cutting of interest rates by 0.25 percentages by RBI in February 2019 after adapting dovish monetary policy.

Seven Indian names marked in “World’s 100 Most Influential People in Climate Policy for 2019”
The “100 Most Influential People in Climate Policy” list is comprised of seven Indian names including Union Ministers Piyush Goyal and Dr Harsh Vardhan, who took important measures to combat climate change. The list is prepared by Apolitical, a peer to peer learning platform for governments.

i. The tenure of Union Minister for Railways and Coal Piyush Goyal escalated renewable energy through the world’s largest renewable energy expansion programme.
ii. While Union Minister for Environment, Forest and Climate Change Dr Harsh Vardhan has motivated scientists to develop new technologies to tackle  environmental problems, which resulted in making India a leader in environmental preservation.
Other 5 winners

i. The 25 years old Indian origin Varshini Prakash also made it to the list.
ii. The list has been topped by Alexandria Ocasio-Cortez (Congresswoman, US Congress) followed by Anne Hidalgo (Mayor, Paris) and Anthony Nyong (Director for Climate Change and Green Growth, African Devlopment Bank Group) 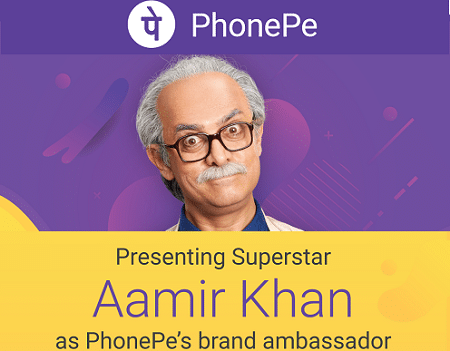 Key Points
i. PhonePe is the official co-presenting sponsor for VIVO IPL 2019. It is planning to launch a series of new advertisements with a mass appeal by its ambassador on the benefits of digital payments.
ii. Bangalore headquartered PhonePe is a Unified Payment Interface (UPI) based online payment system for electronic fund transfer launch by National Payments Corporation of India (NPCI).

Benedict Cumberbatch appointed as the new brand ambassador of MG Motors for India
On 20th March 2019, Actor Benedict Cumberbatch was appointed as the brand ambassador of Morris Garages (MG Motors) for its India operation.
MG Motor will launch its first car named ‘Hector’ which is a sports utility vehicle (SUV) in India by the end of 2019. The vehicle will be manufactured at the Halol Plant in Gujarat, which was previously owned by General Motors.

Global cyber security company Aujas acquired by NSEIT
On 22nd March 2019, a wholly owned Subsidiary of National Stock Exchange of India, NSEIT decided to acquire a global cyber security company Aujas Networks for an undisclosed sum.
Key Points
i. It will help Aujas to improve its services and capabilities with a strong focus on helping customers with security challenges. Aujas which is founded in 2008 is operational in the Middle East, North America and India.
ii. NSEIT is the IT focused Subsidiary of National Stock Exchange (NSE) which provides technology solutions across industries such as financial markets, capital markets, banking and insurance. 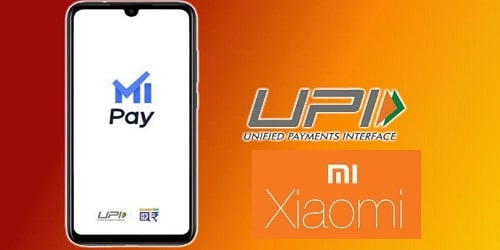 Key Points:
i. The service provider of this application is ICICI Bank.
ii. It was certified by National Payments Corporation of India (NPCI).
iii. A customer can pay various types of bills, make DTH recharge with the help of this application.
About National Payments Corporation of India (NPCI)
♦ Founded: 2008
♦ COO:  Praveena Rai
♦ Headquarter: Mumbai
About Xiaomi:
♦ Establishment – 2010
♦ Headquarters: Beijing, China
♦ CEO: Lei Jun

A new ‘Shiksha Vani’ application was launched by CBSE
On 22 March 2019, a new application named ‘Shiksha Vani’ was launched by Central Board of Secondary Education (CBSE) to publicize crucial information to students and parents in a timely manner”. As a part of it, the app has already uploaded the circular regarding the evaluation procedure for the 2019 Board Examinations. 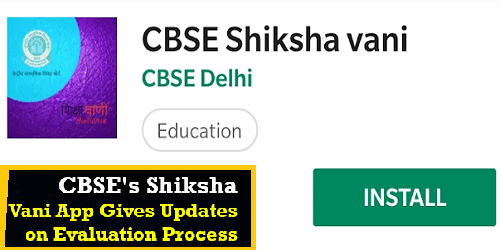 Blockchain product ‘eMulya’ to launched by Intain Fintech
An Artificial Intelligence (AI) and block chain based software products firm Intain Fintech will launch eMulya by the end of 2019.
Key Points
i. eMulya is an intelligence blockchain which facilitates secure, efficient and trustworthy asset securitization transactions for Non-Banking Financial Companies (NBFCs) in India.
ii. eMulya will utilize AI to onboard authenticated loans and asset data to the platform and allows investors originators issuers rating agencies and services to manage the securitization life cycle in complete trust and transparency.
iii. Siddhartha S is the founder and CEO of Intain and it has a global Artificial Intelligence lab in Pune.

California Institute of Technology (Caltech) found a new way to levitate objects with light
By creating nanoscale patterns on the surfaces of objects, Scientists of California Institute of Technology (Caltech) have designed a way to levitate and propel objects using only light.It has been named as “photonic levitation and propulsion” system.
Key Points:
i. This will also help to develop a spacecraft that could reach the nearest planet outside of our solar system in 20 years.
ii. The spacecraft which is sized with nanostructures can travel to other stars without having the fuel.
iii.The study has been published in journal Nature Photonics.

NASA spacecraft found Evidence of water, particle plumes on asteroid Bennu
NASA’s spacecraft has discovered an evidence of water and plumes erupting from the surface of asteroid Bennu and will return with a sample in 2023.
Key Points:
i. From the very beginning of our solar system the asteroid Bennu, which is slightly wider than the height of the Empire State Building, may contain unaltered material.
ii. The asteroid is more rugged than expected, and for this reason, it challenges the mission team to alter its flight and sample collection plans.
iii. On December 2018, NASA’s Origins, Spectral Interpretation, Resource Identification, Security-Regolith Explorer (OSIRIS-REx) mission, started orbiting the Bennu, a near-Earth asteroid.
About NASA (National Aeronautics and Space Administration):
♦ Administrator – Jim Bridenstine
♦ Headquarters – Washington, D.C., U.S

A new sea level oscillation discovered by INCOIS-French scientists
A study named “New rhythms in tropical Indian Ocean revealed from the bottom pressure” has been published in the latest issue of “Nature Communications” stating the discovery of synchronous oscillation of sea level covering entire Tropical Indian Ocean.
i. The discovery has been done by researchers from Indian National Centre for Ocean Information Services (INCOIS) in partnership with French scientists.
ii. As per the study, the newly discovered synchronous oscillation occurs during winter months of December to April with a time period of 30 to 80 days.
iii. These waves carry a lot of energy and momentum 20 peta Joules within the North Indian Ocean which is equivalent to exploding 100s of atomic bombs.
iv. This process is caused by intense winds associated with a tropical weather phenomenon known as “Madden-Julian Oscillation (MJO)”.

India defeated Nepal, won SAFF Women’s championship
On 22nd March 2019, India clinched South Asian Football Federation (SAFF) Women’s Championship 2019 by defeating Nepal for 3-1 in Biratnagar, Nepal. It was for the fifth time in a row that India won the championship.

Key Points
i. Indian Midfielder Indumathi Kathiresan  and Nepali forward player Sabitra Bhandari became the top scorers in the match with four goals each.
ii. The competition was scheduled to host in Sri Lanka in December 2018 which was rescheduled as the former withdrew. Afterwards Nepal hosted the competition in March 2019.
iii. A total of six teams participated in the competition which were India, Nepal, Bangladesh, Maldives, Sri Lanka and Bhutan. Afghanistan and Pakistan withdrews  participation in the fifth edition of SAFF Women’s championship 2019.
iv. Since India incepted the championship in 2010, it is India’s 23rd straight victory. Dalmia Chhibber of India scored first goal of the match. 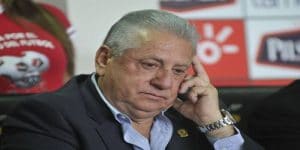 i. He had breached the article 27 (bribery) of the 2018 edition of the FIFA Code of Ethics by accepting bribes in exchange for awarding lucrative media and marketing rights for tournaments.
ii. He was also the former member of FIFA’s standing committee and the South American Football Confederation’s (CONMEBOL) executive committee.

Renowned Indian artist Haku Shah died at the age of 85
Renowned Indian artist Haku Shah, who was known for his tribal and folk art has passed away due to cardiac arrest at the age of 85 years. He hailed from Ahmedabad, Gujarat.
i. He established a tribal museum at Gujarat Vidyapith in Ahmedabad.
ii. In 1980, he also set up the first of its kind Crafts Village – Shilpgram in Udaipur.
iii. His memoir Manush received several awards including the Padma Shri in 1989. 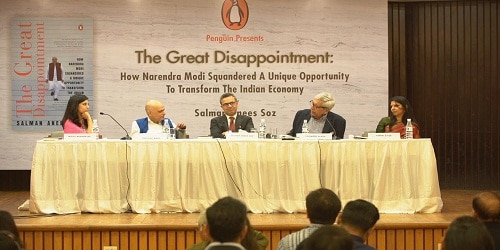 i. This book is the evaluation of P.M Modi’s impact on Indian economy in 5 years.The book has been published by Penguin Random House India.

Indian word ‘chuddies’ added to Oxford Dictionary
On 21st March 2019, The Indian English word ‘chuddies’ recognized as official English word by the Oxford English Dictionary (OED). The word is one of the new 650 entries announced by the OED.
Key Points
i. The contribution of word “chuddies” to the English vocabulary was made by a show which was aired on BBC in the mid-1990s named ‘Goodness Gracious Me’. The show received the gold award for comedy in 1997.
ii. The word underpants or means short trousers or shorts. It qualifies as a regional vocabulary because it is a mixture of English and Hindi which is an example of Queen’s Hinglish.

World Water Day (WWD) 2019 observed on 22nd March
Atal Mission for Rejuvenation and Urban Transformation (AMRUT) is an initiative taken by Ministry of Housing and Urban affairs to focus on water supply, sewerage facilities, storm water drains to reduce flooding, creating and upgrading green spaces and other facilities in the urban areas.

107th foundation day of Bihar observed on March 22
On 22nd March 2019, Bihar celebrated its 107th foundation day called Bihar Diwas 2019 or Bihar Day to commemorate Bihar’s separation from Bengal Presidency in 1912. It is a public holiday in Bihar.
Key Points
i. The State Government of Bihar organized Bihar Utsav in Delhi which was a fortnight long festival that showcases art, culture and heritage of Bihar.
ii. The celebrations begun from the residency of Nitish Kumar and celebrated on vast scale by the State Government. The day denotes the development of the territory of Bihar. 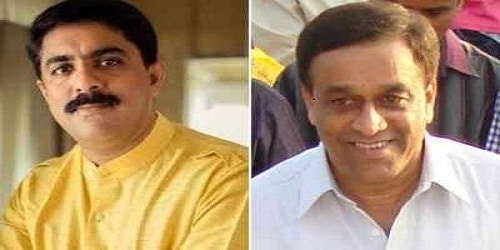