FSSAI plans red color-coding label for sugary and salty foods
On June 27, 2019, As per the draft regulation issued by the Food Safety and Standards Authority(FSSAI) (Labelling and Display regulation) of India Packaged food companies will be required to label high fat, sugar and salt content levels on the front side of the package with “red-color-coding”. 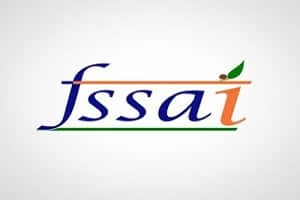 Key points:
i. Replacing old: This will replace the Food Safety and Standards (Packaging and Labelling) Regulations, 2011.
ii. Labelling regulations: Nutritional Information on calories (energy), saturated fats, trans-fats, added sugar and sodium per serve should be mentioned on the Front of the Pack (FoP)labels.
iii. The food labels will also declare, per serve percentage contribution to Recommended Dietary Allowance (RDA).
iv. Red-color coding norm:  Mandatory red colour coding for products which are high in Fat, Sugar, and Salt. This would be implemented in phases over a period of three years.
About FSSAI:
♦ Headquarters: New Delhi
♦ Chairman: Rita Teaotia 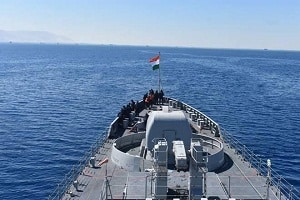 Key points:
i. This visit to Egypt will seek to strengthen the ties between the two countries & increase the footprint and operational reach of the Indian navy.
ii. Due to the geostrategic location, Egypt will provide the unique advantage of being at the crossroads of Africa, Asia, and Europe and, all important sea lines of communication pass through the Red Sea into the Mediterranean through Suez Canal in Egypt.
About Egypt
♦ Capital: Cairo
♦ Currency: Egyptian pound

Payments related Data to be stored only in India: RBI
On June 26, 2019, The Reserve Bank of India (RBI) in its frequently asked questions (FAQ) section stated that the data related to payment transactions must be stored in systems of the country and if any information is processed abroad, it should be deleted from their systems and brought back to India not later than one business day or 24 hours from the payment processing, whichever is earlier. The clarification was sought by the Payment System Operators (PSOs) on the issue of data localization.
i. Applicability: It is applicable to all Payment System providers authorized / approved by the RBI to set up and operate a payment system in India under the Payment and Settlement Systems Act, 2007……………………………….Click here to Read more

Key points:
i. The schemes include Public provident fund (PPF), National Savings Certificate (NSC), Kisan Vikas Patra(KVP), Sukanya Samriddhi Account, Senior Citizens Savings Scheme (SCSS).
ii. PPF&NSC: For the July-September quarter, PPF and National Savings Certificate will fetch an annual interest rate of 7.9% as compared to 8% earlier.
iii. KVP: Kisan Vikas Patra will yield 7.6 percent with a maturity of 113 months. At present, the interest rate on KVP is 7.7 percent and maturity is 112 months.
iv. The girl child savings scheme: Sukanya Samriddhi Account will offer 8.4 percent from 8.5 percent.
v. SCSS: Senior Citizens Savings Scheme will offer 8.6 percent from 8.7percent.
vi. Term deposits of 1- 3 years will offer an interest rate of 6.9 percent will be paid quarterly, while the five-year quarterly pegged at 7.7 percent and for recurring 7.2 percent from the existing rate of 7.3 percent.

RBI relaxed the leverage ratio (LR) for banks to help banks expand lending
The RBI (Reserve Bank of India) relaxed the leverage ratio (LR) for banks in a bid to help them expand their lending activities. The leverage ratio (LR) reduced to 4% for Domestic Systemically Important Banks (DSIBs) and 3.5% for other banks with effective from October 1, 2019.
Key points:
i. The relaxation was done for financial stability with a view to moving further towards harmonization with Basel III standards and could help some of the banks currently under Prompt Corrective Action(PCA) comply with the leverage framework.
ii. The leverage ratio, as defined under Basel-III norms, is Tier-I capital as a percentage of the bank’s exposures.
iii. The Basel Committee on Banking Supervision (BCBS) designed the Basel III Leverage Ratio as a simple, transparent, and non-risk-based measure to reduce the excessive leverage risk.
About RBI
♦ Headquarters: Mumbai
♦ Founded: 1 April 1935
♦ Governor: Shaktikanta Das Key points:
i. Development Policy Loan (DPL): The loan agreement was signed by Sameer Kumar Khare on behalf of the government, Manoj Joshi, Additional Chief Secretary, Finance, Kerala and Junaid Kamal Ahmad, Country Director, World Bank India.
ii. This will enhance the state’s resilience against the impact of natural disasters and climate change.
iii. The aid will support Kerala with improved river basin and water infrastructure operations management, water supply and sanitation services, resilient and sustainable agriculture, enhanced agriculture risk insurance, improved resilience of the core road network, etc.
iv. Of the total loan, $160 million will be given on ‘easy terms’ with interest of less than 1.5% with a repayment period of 30 years. For the balance amount, the interest will be 4% and the repayment period will be 20 years plus a moratorium of five years.

PB Acharya sworn in as the Governor of Manipur
On June 27, 2019, Padmanabha Balakrishna Acharya was sworn in as the Governor of Manipur. Justice Lanusungkum Jamir of the High Court of Manipur administered the swearing in ceremony at the Darbar Hall of the Raj Bhavan, Imphal in the presence of Chief Minister of the state N Biren Singh, his cabinet colleagues, Members of the Legislative Assembly (MLA), top civil and police officers. 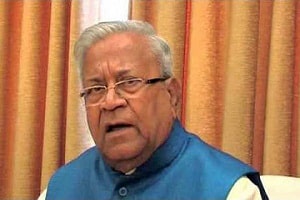 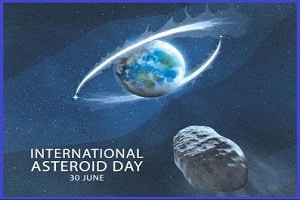 Key Points:
i. The day was adopted by the United Nations General Assembly (UNGA) through resolution A/RES/71/90 in December 2016 on the proposal of Association of Space Explorers. The day marks the anniversary of the Tunguska impact over Siberia, Russian Federation, on 30 June 1908.
ii. Asteroids are left over from the formation of our solar system, which mostly orbits between Mars and Jupiter which is known as the ‘Asteroid belt’. They orbit around the sun. 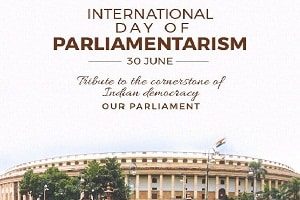 Key points:
i. The year 2018 marks the first celebration of International Day of Parliamentarism.
ii. The day was proclaimed by the United Nations General Assembly (UNGA) in its resolution A/RES/72/278 in May 2018.
iii. This day also provides an opportunity to parliaments to take stock, identify challenges, and find ways to address them effectively.
iv. It is also the date, in 1889, on which the Inter-Parliamentary Union, the global organization of parliaments was established.