We are here for you to provide the important Current Affairs January 28 2019, which have unique updates of all daily events from all newspapers such as The Hindu, The Economic Times, PIB, Times of India, PTI, Indian Express, Business Standard and all Government official websites. DoJ to deliver e-courts services to litigant public through its CSCs
On 25th January 2019, Department of Justice (DoJ) has decided to deliver e-courts services to the litigant public through around two lakh Common Service Centres (CSCs) so as to provide efficient and time bound access to the Courts services.
Key Points
i.  No Fee will be charged from Customers for e-Court services to be delivered through Common Service Centres (CSCs). However CSCs can charge five rupees for any of the 23 services available on Courts portal towards cost of service.
ii.  17 thousands districts and subordinate courts have already become IT-enabled benefiting litigants and advocates.
iii. e-courts services are rolled through digital mediums like Email, SMS, Mobile App and some other platforms.
Ministry of Law and Justice
♦ Department of Justice (DoJ) is a child agency of Ministry of Law and Justice.
♦ Union Minister: Ravi Shankar Prasad
♦ Headquarters: New Delhi

SC reconstitute 5 member committee to hear Ayodhya land dispute
On January 25,2019, Supreme Court constituted a new five-judge committee to hear upon the politically sensitive Ram Janambhoomi-Babri Masjid land title dispute in Ayodhya.
i. The bench was reformed because Justice U.U. Lalit, who was a member of the original bench had recused himself on January 10 from this case”.
ii. The new committee  members are Chief Justice of India Ranjan Gogoi and Justices S.A. Bobde, D.Y. Chandrachud, Ashok Bhushan and S.A. Nazeer. Justices Bhushan and Nazeer are the new members in the bench. i. The Announcement was made during a session at Jaipur Literature Festival which is being held at Diggi Palace in Jaipur, Rajasthan.
ii. ’Nari Shakti’ is made of two words ‘Nari’ and ‘Shakti’, ‘Nari’ means Women and ‘Shakti’ means Power.In 2017, Oxford Dictionaries had chosen ‘Aadhar‘ as the word of the year.

Madhya Pradesh  launched employment scheme “Yuva Swabhiman Yojana” for urban youth
On January 26,2019, Madhya Pradesh Chief Minister Kamal Nath  launched  ‘Yuva Swabhiman Yojana’ for youths of the  weak section in urban areas of Madhya Pradesh
About the scheme:
i. The scheme was launched in Chhindwara,Madhya Pradesh
ii. It aims to provide employment to the youth belonging to the weaker section of the society mainly in urban areas of the state.
iii. Under this scheme, 100 days of employment will be provided.
iv. Registration of interested urban poor youth under this scheme will start on February 10,2019.
v.Apart from this 100 days employment,they will also be given skill training by the government.
Important fact:
♦ Chief minister: Kamal Nath
♦ Governor: Anandiben Patel
♦ Districts: 52 India to grow at 7-7.5% over next few years: PM’s Economic Advisory Council
On 25th January 2019, Economic Advisory Council of Prime Minister (EAC-PM) headed by NITI Aayog Member Bibek Debroy said in a report that India will continue to grow in the 7 to 7.5 percent range in the next few years despite global and structural challenges.
i. The Growth rate of India may further improve by at least 1 per cent by the reforms designed to address the structural problems of the economy.
ii. As per the Economic Advisory Council, the macro-economic fundamentals of the economy are sound due to which India will remain one of the fastest growing economy despite global slowdown. 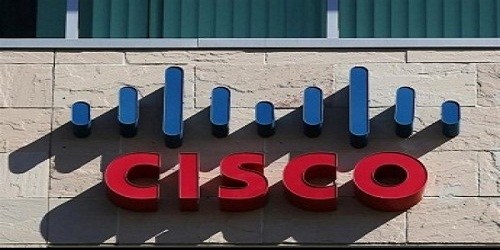 Key Points
i. As per the report 65% of Indian organization are better prepared for GDPR making India the 6th best prepared nation to deal with the nee data privacy regulation which all organizations operating within the European Union and European Economic Area are mandated to comply with.
ii. As per the report 59% of organizations across the world reported meeting all requirements or most of the requirements, 29% expect to do so within a year while 9% will take more than a year.
iii. It also stated that organizations that invested to meet GDPR norms experienced shorter delays in selling to existing customers.

Tamil translation of French book wins Romain Rolland Book Prize for literary translation
On 25th January 2019,Romain Rolland Book Prize for literary translation won by Tamil translation of Andrei Makine’s “La vie d’un homme inconnu” (The Life of an Unknown Man) at the Jaipur Literature Festival.
Key Points
i. The book was translated by S R Kichenamourty. He was the former head of the French department of Pondicherry University. Book is published by Kalachuvadu, a publisher of Tamil modern classics and contemporary fiction writing.
ii.“The Life of an Unknown Man” is the story of Shutov, a disenchanted writer, who revisits Saint Petersburg after twenty years of exile in Paris, hoping to recapture his youth.
iii. The books shortlisted include a Malayalam translation of ‘Rvolution dans la Rvolution’ (Revolution in the Revolution) and ‘La Leste’ (The Plague) by Rgis Debray and Albert Camus respectively.
iv. Award includes an invitation to the Paris Book Fair 2019 for the publisher of the work and an invitation for the translator to attend a one-month residency in France.
v. India will attend Paris Book Fair as the Guest of Honor. It will be held at March 2019 which brings together publishers and provides them with the opportunity to communicate about their profession. 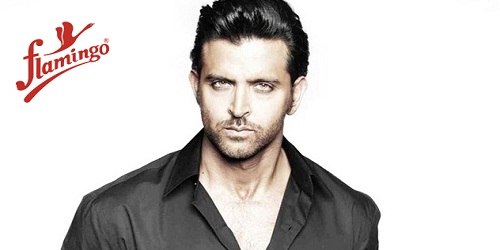 Ascent Meditech’s product ranges from orthopaedic, healthcare, wound and injury, till to date it have over 300 products available to 47 countries in the world

India accounts more than half leprosy cases globally: WHO
On 25th January 2019,World Health Organization (WHO) stated more than half of the leprosy cases globally was reported by India although there is a steady decline worldwide in the number of leprosy cases which is estimated to be around 2 Lakh.
Key Points
i. Significant leprosy cases has been detected in South-east Asia region, Brazil, Sub-Saharan Africa and Pacific apart from India.
ii. WHO said leprosy related ‘discrimination, stigma and prejudice’ were the most powerful barriers in ending the disease.It also stated that disease is 100% curable if detected early.
iii. Leprosy is a chronic infectious disease which mainly affects the skin, the peripheral nerves, mucosal surfaces of the upper respiratory tract and the eyes.
iv. WHO’s Global Leprosy Strategy 2016-2020 aims at ending leprosy related discrimination, stigma and prejudice first as it plays a powerful role to achieve a leprosy free world.
About World Health Organization:
♦ Headquarters- Geneva, Switzerland
♦ Founded- 7 April 1948
♦ Director General- Tedros Adhanom

Earth’s oldest rock found in Moon Sample brought 48 years ago
On January 24,2019,Scientists discovered the oldest Earth rock on the Moon,it is found from the lunar sample bought by the Apollo 14 astronauts.
i. Studying the sample,researchers found that,The rock was crystallised about 20 kilometers beneath Earth’s surface
ii. It estimated that the rock is 4.0 to 4.1 billion years  old.

Key Points
i. Sydney Sixers opted to bat first but couldn’t get off to a flying start that they unusually followed throughout the season and could score only 131 runs which was chased by Brisbane Heat with four ball remaining.
ii. Beth Mooney from ‘Brisbane Heat’ was awarded as the Player of the match for her knock of 65 runs from just 46 balls.
iii. Ellyse Perry from “Sydney Sixers” was awarded the “Player of the tournament” for scoring highest number of runs in the tournament.
iv. Teen leg Spinner Georgia Wareham from “Melbourne Renegades” was awarded with the Rebel Young Gun award in the WBBL.
About Australia
♦ Capital: Canberra
♦ Currency: Australian Dollar
♦ Prime Minister: Scott Morrison

Wasim Jaffer first to score 1000 runs in Ranji season twice
On january 25,2019,Wasim Jaffer , the veteran cricketer became the only batsman to score 1,000 runs in two separate seasons. Jaffer made his first-class debut in 1996-97
i. wasim Jaffer already scored over 1260 runs while playing for Mumbai in the 2008-09 season.
ii. Wasim Jaffer,now has 1,003 runs in the ongoing Ranji Trophy season
iii. He is also highest capped player  in Ranji Trophy cricket, surpassing Amol Muzumdar  (presently batting coach for Rajasthan Royals).

Operation Olympics Commences in Kerala
On 25th January 2019, An expert programme ‘Operation Olympics’ managed by Kerala’s Sports Department and State Sports Council was commenced to train 123 athletes in 11 disciplines for 2020 Tokyo Olympics.
Key Points
i. The programme has the objective to provide international standard training to the athletes with the help of eminent trainers from both India and abroad.
ii. Under the Programme, Expert training will be provided in athletics, boxing, cycling, swimming, shooting, wrestling, badminton, fencing, rowing and archery.
iii.Training in wrestling, cycling, swimming and boxing has been started at various stadium in Thiruvananthapuram district whereas training for other streams will be at Kollam, Ernakulam, Alappuzha and Kannur districts.
iv. Miraitowa is the mascot of 2020 Tokyo Olympics while Someity is the mascot of Tokyo 2020 Paralympics.

International holocaust remembrance day
On 27th January 2019, International Holocaust Remembrance Day was observed all over the world commemorating the tragedy of the Holocaust that occurred during the Second World War.
Key Points
i. 27th January was designated as the International holocaust remembrance day by the United Nations General Assembly resolution 60/7 on 1st November 2005 in the 42nd Plenary session.
ii. The largest Nazi concentration and death camp, Auschwitz-Birkenau was liberated by the Red Army on 27th January 1945.
iii. Far-right activist along with other nationals gathered outside the former death camp of Auschwitz in Poland which was under Nazi German Occupation during the second world war, remembering the 1.1 million people who were murdered there