We are here for you to provide the important Current Affairs January 27 2019, which have unique updates of all daily events from all newspapers such as The Hindu, The Economic Times, PIB, Times of India, PTI, Indian Express, Business Standard and all Government official websites. 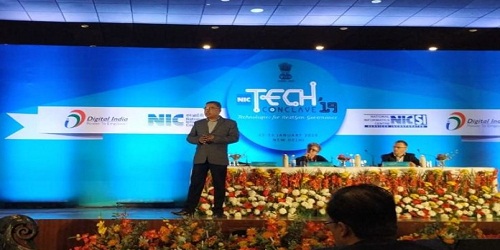 i. Initially ‘Amul Camel Milk’ will be launched in areas like Gandhinagar, Ahmedabad and the Kutch of Gujarat.Price of 500ml will be Rs.50 and it should be refrigerated with shelf life of three days.Amul has already introduced the Camel Milk Chocolate.

India, China sign protocol for export of Indian tobacco to Chinese market
On January 21, 2019 a protocol was signed between India’s Commerce Secretary Anup Wadhawan and Zhang Jiwen, Vice Minister of General Administration of China Customs (GACC) accountable for examining market access and quarantine issues for India’s agriculture and allied products. Mr. Wadhawan was on a two-day visit to Beijing, China where his efforts with Chinese officials facilitated for the tobacco export to China.
The revival of the pyto-sanitary protocol with China will turn economically better for the farmers and also ameliorate Indian tobacco exports as China is the largest consumer and producer of tobacco with over 350 million smokers (world’s highest).

Nepal and India partnered to set up a Energy banking mechanism
On January 25,2019 In Pokhara,India and Nepal agreed to set up energy banking mechanism to make use of the surplus electricity in a essential and a useful way.
i. Nepal’s demand for electricity increased during the summer months, whereas in India demand increases during the monsoon season and slumps during winter.
ii. This partnership will help the Nepal export its surplus electricity to neighbour India during the monsoon season and import power during winter season .

IRDAI sets panel headed by Praveen Kutumbe to identify systematically important insurers
A panel is all set by Insurance Regulatory Development Authority of India (IRDAI) headed by Praveen Kutumbe,to identify domestically systematically important insurers (SIIs) and an augmented regulatory framework is logically established in this regard.
KeyPoints
i. The rationale behind the idea for SIIs as explained by IRDAI states that any fiasco in the system will defy the essential services they provide to policy holders overall economic activity can start dampening.
ii. In this regard, a committee headed by Praveen Kutumbe, Member- Finance and Investment, IRDAI, has been asked to submit report in six months.
iii. It is also perceived that SIIs is pivotal for the smooth and incessant functioning of insurance services to the real economy.
About IRDAI:
♦ IRDAI (Insurance Regulatory Development Authority of India) was established in 1999, regulates and promotes the insurance and re-insurance business in India.
♦ Chairperson- Subhash Chandra Khuntia
♦ Headquarters- Hyderabad.

SBI Card & Etihad Guest tie-up to launch premium card for international travel
On 24th January 2019,SBI Card, the country’s second largest credit card issuer and Etihad Guest, the loyalty  programme of Etihad Airways have weld their hand together for a specific visa credit card to come into play for members and Indian travellers. KeyPoints:
i .The card will prove handy in two forms:-

ii. It has been launched in order to confront the constraints of international travel. It is a promise to backtrack the lifestyles of affluent and urban Indians to complement their travel experience. Besides that, it is anticipated that the Indians will boost their travelling frequency which in turn leads to global exposure substantially.
iii. It is an appealing  programme through which its clients can start collecting reward points instantly.
About SBI Card:
♦ SBI Card Director & CEO- Hardayal Prasad.

BSNL, French firm join hands to offer data services through SMS
On January 24 2019, Indian state-owned telecommunications BSNL and French company Be-Bound had signed an agreement to become partners to provide data connectivity through SMS in areas where there is no Internet connectivity or signal breaks.
i. BSNL Chairman and Managing Director Anupam Shrivastava informed that Be-Bound has been given patent and already developed this technology which will be embedded in mobile apps. This app used to send command to Be-Bound server if it does not get data connectivity for SMS-based connectivity.
ii. Be-Bound server will facilitate SMS connectivity after getting command from the app. The app will also send SMS from user’s account because for connectivity .The limit of 100 SMS per day per subscriber which is sufficient for this service.
About Be-Bound, Inc.
♦ Be-Bound optimizes existing networks to bring constant connectivity to all Android smartphones and IoT devices, enabling coverage for 95% of the world’s population without the need for any additional infrastructure investment. This technology is made for corporations, governments, mobile network operators, and developers to connect the unconnected, immediately.
♦ Founder : Yazid Chir
♦ Founded :  2011
♦ Parent organization : Altheia Group 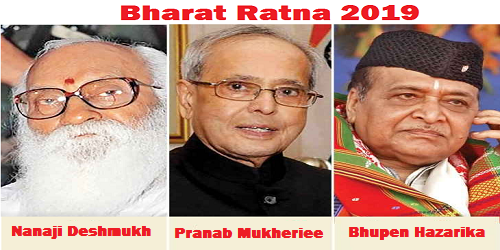 Details about  the three recipients:
i.  Pranab Mukherjee also known as Pranab Da , was the 13th President of India and served from 2012 until 2017.
ii. Nanaji Deshmukh, who died at the age of 94 in 2012, was a member of the Lok Sabha and represented the Balrampur in Uttar Pradesh. He also served as a nominated member of the Rajya Sabha from 1999 to 2005
iii. Bhupen Hazarika, legendary singer-composer from Assam, was awarded (posthumously) with this award. He was a recipient of Sangeet Natak Akademi Award, Padmashri and Padmabhushan. He was also awarded the Padma Vibhushan, the country’s second-highest civilian honour, in 2012. He died in November 2011 at the age of 85. 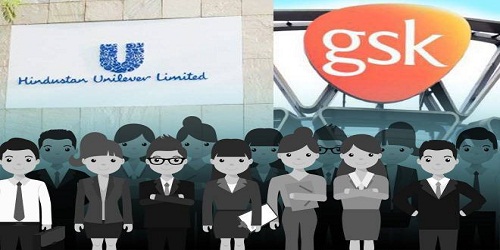 i. CCI also approved the merging of schemes between the two companies and the total business has been valued at Rs 31,700 crore.
ii. The scheme remains subject to the receipt of other necessary statutory and regulatory approvals under applicable laws, including by the NSE, SSE, SEBI, NCLT and the respective shareholders and creditors of HUL and the company.
iii. GSK CH India is familiar in the health food drinks with popular brands such as Horlicks and Boost. Anglo-Dutch FMCG giant Unilever had announced already in Dec 2018 about the acquirement brands Horlicks and Boost from GlaxoSmithKline in India. 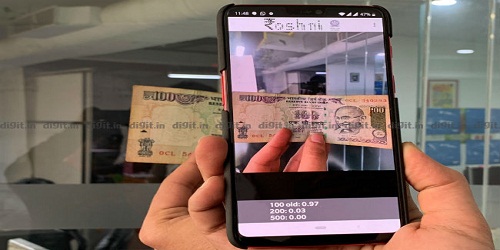 Neonatal sepsis on rise in India: AIIMS paper
On 24th January 2019, issue of neonatal sepsis gained importance as bugs of this infection haunted South-Asia, doctors from AIIMS (All India Institute of Medical Sciences) stated. The estimates exposed that 16 per thousand live births in India are infected with confirmed neo natal sepsis which is discovered through blood culture test. What’s more disheartening is that one-third of them die in lack of drugs that worked.
Neo-natal sepsis is a kind of infection which is acquired by babies through mothers who are kept in unhygienic practices in the labour rooms and neonatal intensive units of the hospitals.
Name of Bugs in South Asia– klebsiella, e.coli, acinetobactor

BFW, Universal Robots to co-create robots for MSMEs
On 25th January 2019, Bharat Fritz Werner Ltd (BFW), Bengaluru-based machining solution provider has entered into Partnership with Universal Robots, a Danish robot maker and a leader in collaborative robots, to co-create Robots for Micro Small and Medium Enterprises(MSMEs).
KeyPoints:
i. By using a modular, flexible and user-friendly integration solution ‘Arjun’,BFW and Universal Robots had planned to redefine production processes for MSMEs.
ii. The Partnership between the two companies will dramatically improve productivity, quality and working conditions in the MSME segment as they will automate and streamline repetitive industrial processes.

Government to launch Technology Mission Centre on Solar Energy & Water Treatment in Chennai
On 25th January 2019 Union Minister for Science & Technology, Earth Sciences and Environment, Forests & Climate Change, Dr. Harsh Vardhan launched three important centres which was set up by Department of Science and Technology (DST) at IIT Madras in Chennai.
Implementation during the launch:
i. The first centre was  DST –IITM Solar Energy Harnessing Centre which would focus on a wide range of research activities such as silicon solar cells that would provide high efficiency in India.
ii. Next on count was the DST-IITM Water –IC for SUTRAM of EASY WATER (DST- IITM Water Innovation Centre for Sustainable Treatment, Reuse and Management for Efficient, Affordable and Synergistic Solutions) established with an aim to undertake training programs on wastewater management, water treatment, sensor development, storm water management and distribution and collection systems.
iii. The third on count was the Test bed on Solar thermal desalination solutions which was established by IIT Madras and Empereal KGDS as a preventive measure in Naripaaiyur, Ramanathapuram District, Tamil Nadu with the aim to deliver customized technological solutions to prevalent water challenges in the arid coastal village located on the shores of the Bay of Bengal.
Important facts:
♦ Union Minister for Science & Technology, Earth Sciences and Environment, Forests & Climate Change- Dr. Harsh Vardhan
♦ Consituency: Chandni Chowk in Delhi
Important facts about chennai:
♦ Capital: Chennai
♦ Chief minister: Edappadi K. Palaniswami
♦ Districts: 33

On January 24,2019, India tested the new generation anti-radiation missile(NGRAM) which would destroy all the surveillance and radar systems. The new missile was test fired from Sukhoi-30MKI fighter at Balasore,Odisha.

About the Missile:
i. The Defence-Research and Development Organization (DRDO) has created this missile as a surface to air missile and is screened by Sukhoi-30 MKI fighter jet.
ii. The new-generation anti-radiation missile (NGRAM) has the Strike range of 100 kilometers,this is the first indigenous air-to-ground missile developed by the DRDO, after the supersonic BrahMos cruise missile developed jointly with Russia.
About DRDO:
♦ Headquarters: New Delhi
♦ Motto; “Strength’s Origin is in Science”. 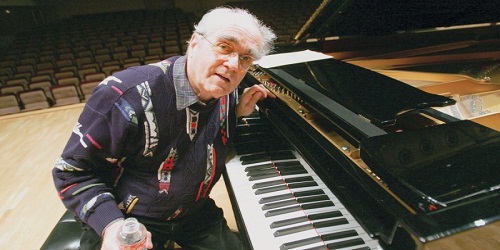