We are here for you to provide the important Current Affairs February 8 2019, which have unique updates of all daily events from all newspapers such as The Hindu, The Economic Times, PIB, Times of India, PTI, Indian Express, Business Standard and all Government official websites. 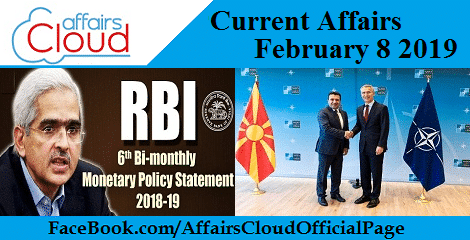 i. The IHWF, presented the PATA Gold Award 2018 in “Heritage and Culture” category for its first pan-India event.
ii.This festival offers opportunity to discover the hidden gems linked to the history.
Heritage Walks of 2019 edition.
i. In the list of heritage walks ,Delhi has a new attraction.
ii. The heritage walk plans to introduce  Sanjhi- a paper-cutting art by stencil of Vrindavan and the lanes of Bandra in Mumbai.
iii. And the authentic taste of food in the holy city of varanasi,get mesmerized by the textile design of jaipur.
iv. Then to the city of Gardens Bangalore to stroll through various green parks. 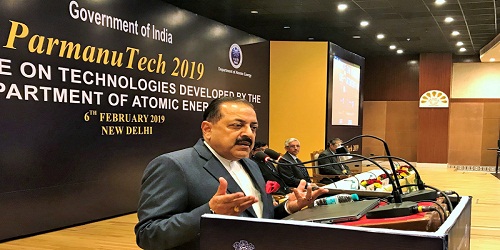 Sectors discussed in the conference:
i.Health care – Discussions were held on the theme “Nuclear Medicine and Radiation therapy – Care to cure”.
ii.Food Preservation, Agricultural & Industrial Applications – Issues were discussed on the theme “From farms to factories – Serving the National Cause”
iii.India’s capabilities in Nuclear Energy – “Security with environmental responsibility – the Onward March”

Zero Fatality Corridor is launched by Delhi Government to reduce Road Accidents
On 4th February 2019, Delhi Government launched ‘Zero Fatality Corridor’ project under its annual road safety action plan to reduce the number of road accidents on the outer ring road stretch between Burari and Bhalaswa Chowk.
Key Points
i. As per Kailash Gahlot, Delhi’s Transport Minister, Delhi witnessed 1691 road accidents in Delhi and this project is aimed at reducing deaths to near zero level on the Outer ring road stretch.
ii. As per a report, The 3 km proposed stretch witnessed 67 deaths due to road accidents in 2016 and 2017. After scientific investigation of high number of accidents on this stretch, Zero Fatality Corridor was launched.
About Delhi
♦ Lt. Governor: Anil Baijal
♦ Chief Minister: Arvind Kejriwal

7th edition of Kolhapur International film festival  inaugurated in Kolhapur,Maharashtra
The 7th edition of the film festival began on February 7 th of 2019 in Kolhapur, Maharastra.It is eight day festival,in which Veteran actress Rohini Hattangadi is chief guest at the inaugural function.
Important points:
i. Veteran filmmaker Govind Nihalani was  honoured with the Kalamaharshi Baburao Painter Award for his contribution to the film industry.
ii. Focus country of the festival is the  Hungarian cinema.
iii. Abhijit Deshpande, editor of Marathi films like ‘Deool’, ‘Bucket List’ and ‘Elizabeth Ekadashi’,  will be presented the Chitramaharshi Anandrao Painter Award at the closing ceremony of the festival.

Indian Coast Guard and AAI signed MoU for maritime search and rescue Operations in Port Blair
Indian Coast Guard(ICG) and Airport Authority of India (AAI) signed a MoU with an objective to coordinate the aeronautical and maritime Search And Rescue(SAR) operations in congruence with the International Aeronautical Maritime Search And Rescue(IAMSAR) standards.
The MoU enhances Rescue Coordination Centre (RCC),Kolkata and Maritime Rescue Coordination Centre (MRCC),Port Blair  and AAI’s mutual interactions, interoperability and validating procedures on the occasion of SAR operations.

Siamese Fighting Fish become the National Aquatic Animal of Thailand
On February 5,2019, Thailand named the  tiny,eye-catching ,colourful fin plumaged Siamese fighting fish as its aquatic animal with a aim to boost the conservation and breeding of the same. 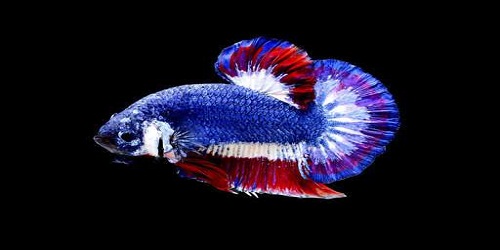 About Siamese Fighting Fish:
i. Siamese fighting fish is the native of Mekong basin of Thailand and is mostly found in the Chao Phraya river in Thailand.
ii. The Siamese fighting fish was registered as intangible cultural heritage in 2013.
About Thailand:
♦ Currency: Thai baht
♦ Capital: Bangkok

Macedonia inked agreement to join NATO Military Alliance
On February 6,2019, Macedonia signed an accord, to become the 30th member of the NATO military alliance. India ranked 36th on 7th International IP Index
US Chambers of Commerce released the annual International IP Index of top 50 economies in the world. As per the ranking, India climbed 8 positions to 36th rank in comparison to last year’s 44th rank.
i. The index has been topped by US, followed by UK, Sweden, France and Germany, while Venezuela stood at last rank.
ii. In 2018, India’s rank was 44th of 50 countries,the increase in the rank is dedicated to the various reforms made to the better alignment of India’s IP environment ,and one of the reforms ,was the agreement with Japan to initiate a Patent Prosecution Highway (PPH). KeyPoints:
i. RBI had reduced 0.25 basis points in the Policy Rates with immediate effect.The Change in Policy rates are as follows:

India becomes World’s Second Largest Consumer and importer of LPG
As per Oil Minister, Dharmendra Pradhan, India has become the second largest importer of liquefied petroleum gas (LPG) after China,due to rising demands of cleaner alternatives to the traditional cooking fuels like firewood and cow dung.

Key Points
i. India surpassed Japan as the imports of LPG grew 12.5% over the last 5 years to 12 million metric tons.
ii. The demand of LPG is expected to rise 34% from 2014 to 2025.
iii. In India, LPG is mainly imported from Qatar, Saudi Arabia, United Arab Emirates, Kuwait and Iran. 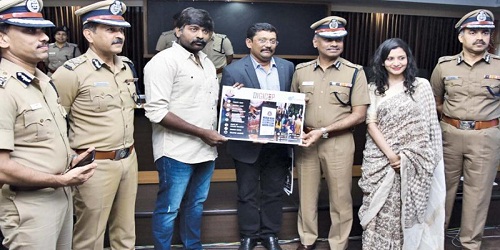 Uses of the App
i. This app as of now have details of 18,000 stolen mobile phones are stored.
ii. Using this app,user can lodge mobile theft complaints and also check if the user’s mobile is in the police list of retrieved mobiles.Moreover if someone is buying a phone from a second-hand shop they can verify if the phone is stolen or genuine.
iii. Using this app,Users can also follow,if their stolen two-wheeler had been traced by the police.

2018 was the fourth-hottest year on record, NASA and NOAA report
On February 6,2019,National Aeronautics and Space Administration (NASA) and National Oceanic and Atmospheric Administration(NOAA) released their report on analysis of global climatic change for the year 2018 ,and remarked 2018 as the fourth hottest year.
i. It is predicated that there is a rise of 5-9 degree celsius  temperature in this century. 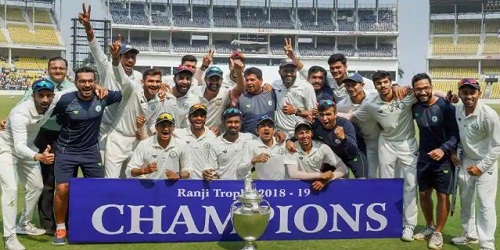 India slipped to 103rd in latest FIFA ranking
On February 6,2019, With the end of AFC Asian cup in UAE,the world ranking list had some changes,in which India is dropped out of the top 100 ranks,but  Belgium ‘s pole position remained same.
Changes in the Rank List: