We are here for you to provide the important Current Affairs February 7 2019, which have unique updates of all daily events from all newspapers such as The Hindu, The Economic Times, PIB, Times of India, PTI, Indian Express, Business Standard and all Government official websites. About the summit
i.This two-day event will focus on ‘LPG – Energy for Life.’
ii. India is the second largest consumer of liquified natural gas (LPG) in the world under the flagship ‘Ujjwala’ scheme, and in take of  LPG in households is  providing access to cleaner cooking fuel . 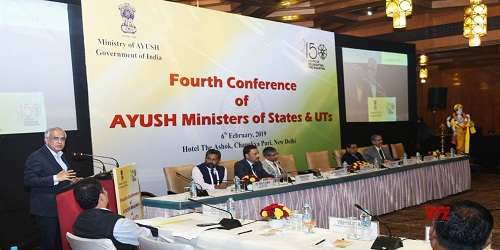 iii. Over 50 crore people stopped defecating in the open since the launch of the Swachh Bharat Mission  and with over 5.5 lakh villages have been declared Open Defecation Free (ODF) and the national sanitation coverage is now 98% compared to 39% in 2014.

Schemes for Socio-economic development instigated by National Minorities Dev. and Finance Corp
The National Minority Development and Finance Corporation executed diverse schemes for the socio-economic development of the ‘backward sections’ amidst the notified minorities.
Key Points
i. Schemes are being executed by State Channelizing Agencies represented by state government.
ii. Credit schemes like Term loan, Micro Finance, Educational loan, etc. and Promotional schemes like Vocational training, Marketing assistance, etc. have been implemented.
iii. Beneficiaries are classified under 2 categories-
Credit link 1- Those who have annual family income of Rs.98,000 for rural areas and Rs.1.20 lakh for urban areas.
Credit link 2- Those who have higher family income eligibility criteria of upto 6 lakhs.

Maharashtra govt constituted a committee to review welfare schemes for tribals
The Maharashtra government has formed a 17-member committee, for the revision of various schemes, implemented, for the welfare of tribal’s in the state.
i.The committee is headed by former MLA and Shramjeevi Sanghatna president Vivek Pandit.
ii.It will suggest measures to ensure that children in tribal regions were not deprived of education.
About Maharashtra
♦ Chief minister – Devendra Fadnavis Trending
♦ Capital – Mumbai
♦ Governor – C. Vidyasagar Rao

Boeing 747-200-Air India’s first ever Flight Simulator was exhibited in Nehru Science Centre, Mumbai
Air India’s First ever Flight Simulator named ‘Boeing 747-200’ was exhibited in Nehru Science Centre,Mumbai during Innovation Festival.The Simulator was acquired by Air India in 1980,which is designed and manufactured by the CAE(Canadian Aviation Electronics),Canada.
Keypoints:
i. After serving 21 years, it became obsolete, so donated to Nehru Science Centre, with a purpose to create awareness about the significance in the field of aviation among the public in general and students in particular.
ii. During the occasion Airports Authority of India and National Council of Science Museums signed a Memorandum of Agreement worth 2 crore rupees for development of Aviation Gallery – Hall of Aerospace, Nehru Science Centre, Mumbai.

Fiscal Deficit of April-December raised to 112% of FY19 budget target
India’s fiscal deficit has touched 112% of the FY19 Budget target of Rs. 6.24 lakh crore during the period of 9 months from April to December 2018. 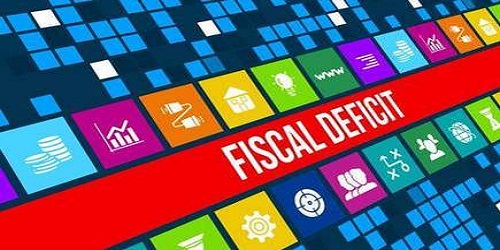 Key Points
i. The data was presented by the Controller General of Accountant (CGA) which manifested that fiscal deficit of previous fiscal was 13.6%.
ii. Fiscal deficit was at 7 lakh crores during this financial year.
iii. Fiscal Deficit is the gap between income and expenditure of the government.

India’s export growth may diminish to 7.3% in FY19
As per a statement released by Government, India’s export may slow down to 7.3% in 2018-19 from earlier growth rate of 9.8% of 2017-18 due to poor growth of traditional exports like gems and jewellary, marine, farm and engineering.
Key points
i. On 5th February 2019, a meeting was held to discuss the problems being faces exporters and to examine the ways by which India’s growth rate may reach up to $ 325 billion by March 2019. The Liquidity Crunch and Global factors are also responsible for the slow export growth.
ii. India’s overall export were $498.61 billion in 2017-18 but in 2018-19, it is expected to come down to $325 billion.

SBI UK chief conferred with “Freedom of the City of London”
On 6th February 2019, the State Bank of India’s Uk chief Shri Sanjiv Chadha has been honoured with the ‘Freedom of the City Of London’ by city of London Corporation.
The award recognized his contribution in promoting the bilateral relations.
Key points
i. Sanjiv Chadha took up the position in 2014 and he will be succeeded by Sharad Chandak after his term completion, this year.
ii. Pt.Jawaharlal Nehru was the previous Indian recipient of this award and other recipient includes author JK Rowling and actor Dame Judi Dench.
About SBI
♦ Headquarter: Mumbai
♦ Chairman: Shri Rajnish Kumar

Ernest and Young  announced the finalists for ‘Entrepreneur of the Year 2018’ awards
On February 4,2019,EY, the global professional services organisation, released a list of 16  country’s ‘most exceptional’ entrepreneurs as finalists for the ’20th Entrepreneur of the Year India 2018′ award.
i. The Finalists were selected by an eminent eight-member independent Jury Panel led by Uday Kotak, Managing Director and Chief Executive Officer,Kotak Mahindra Bank.
ii. The national winner will represent India at the EY World Entrepreneur of the Year Award (WEOY) in Monte Carlo from 5 – 9 June 2019.
iii. Azim Premji, Chairman of Wipro Ltd will be felicitated with the Lifetime Achievement Award.

MSME to honour NFDC for promotion of SC/ST entrepreneurs
On February 5,2019,National Film Development Corporation (NFDC) has been named a winner under the ‘miniratna’ category by the Ministry of Micro, Small and Medium Enterprises.
It is felicitated  for their exemplary work towards promotion of SC/ST entrepreneurs.
About NFDC
♦ NFDC – National Film Development Corporation (NFDC)
♦ Headquarters – Mumbai
♦ Founded – 1975 i. He will succeed Rajiv Nayan Choubey, who retired on January 31,2019,  and took over as member in the Union Public Service Commission (UPSC).

Rahul Jain named as the new General Manager of ICF
On February 6,2019,Former Assistant General Manager at Western Railway,Rahul Jain took charge as the General Manager of Integral Coach Factory.
i. He succeeded Sudhanshu Mani ,who is known as the  architect of India’s first self-propelled long distance “Train 18″, which was later named “Vande Bharat Express” by Railway Minister Piyush Goyal. 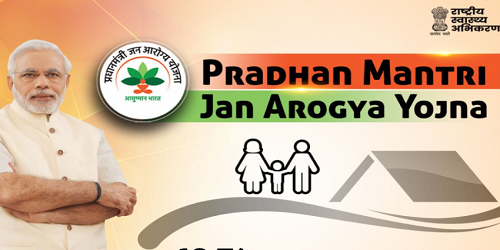 i. This scheme aims at making interventions in primary, secondary and tertiary care systems, covering both preventive and promotive health, to address healthcare holistically.

Key Points
i. GSAT-31 will enlarge the Ku-band transponder capacity in geostationary orbit and will bestow the linkage to operational services on some of the in-orbit satellites.
ii. It will be beneficial for Television related up-links, connectivity, services, cellular backhaul connectivity, etc.
Indian Space Research Organization (ISRO)
♦ Chairman: K. Sivan
♦ Headquarter: Bengaluru, Karnataka

Smriti Mandhana scores fastest T20I fifty
India’s opening batswoman Smriti Mandhana striked the fastest fifty for India in Women’s T20Is.
i.She struck a half century in  24 balls in the 1st T20I against New Zealand at Westpac Stadium in Wellington.
ii.Smriti Mandhana is entitled in the 6th position in the list of fastest fifties,whereas New Zealand’s Sophie Devine leads the record of the quickest half century in women’s T20Is.
She have set the record in 2005 against India when she struck fifty in 18 balls. 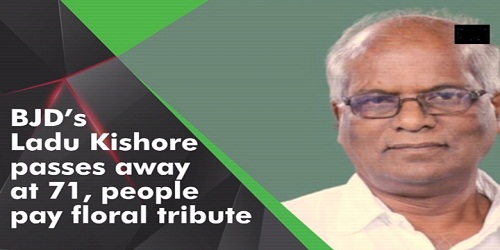 Ladu Kishore Swain was member of the Odisha Legislative Assembly from 2004 to 2009 and also the President of CARD Bank from 1992-95.