We are here for you to provide the important Current Affairs February 21 2019, which have unique updates of all daily events from all newspapers such as The Hindu, The Economic Times, PIB, Times of India, PTI, Indian Express, Business Standard and all Government official websites. 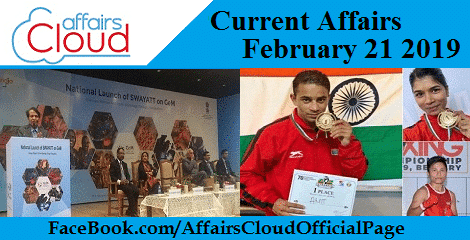 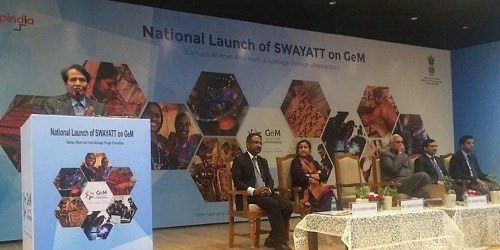 Textiles Minister Launches four projects in North East for the development of Silk Sector
On 19th February 2019, four projects for the development of Silk sector were launched by Union Textiles Minister Smriti Irani via video-conferencing,in the North-East. She also inaugurated new office buildings of the Weavers’Service Centre (WSC)in Indore, Madhya Pradesh, and Kannur, Kerala.
The projects launched are:
i. Muga silk seed production centre in Tura, Meghalaya, taken by the Central Silk Board for implementation under the Integrated Sericulture Development Project(ISDP) in order to establish seed infrastructure units in the north-eastern states.
ii. Eri spun silk mill in Sangaipat, Imphal with a total cost of Rs. 21.53crore and implemented by collaboration between state and Centre Silk Board(CSB).
iii. Silk printing and processing unit in Agartala, Tripura to enhance growth in the whole textile value chain and facilitate local weavers and artisans.The Rs.3.71 cr project will produce, print and process 1.5 lakh meter silk per annum.
iv. Sericulture development project in Mamit, Mizoram with the total cost of Rs. 11.53 crore.

Operation Digital Board launched by HRD Ministry to provide better digital education
The Human Resource Development (HRD) Ministry launched Operation Digital Board on the lines of Operation Blackboard to provide better digital education in school.
i. The government has aimed at equipping 9 lakh classrooms in schools and colleges across the country (7 lakh classrooms of 9th, 10th and 11th standards and 2 lakh classrooms of colleges and Universities) with digital facilities for teaching by 2022.
ii. Human Resource Development Minister,Prakash Javadekar said, “Around 60-70 years back, ‘Operation Black Board was launched, and now as the country is progressing, we have come up with ‘Operation Digital Board’, the aim of which is to have digital and interactive boards in every classroom”. 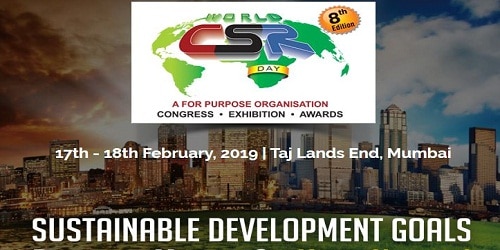 i. 8th World CSR Congress held between Feb 17 and Feb 18 ,2019 in Mumbai, Maharashtra.It was attended by participants from 33 countries to encourage the efforts of individuals and organizations.
ii. Theme of the year 2019 is ‘Sustainable Development Goals(SDGs)’ to focus on corporate strategies,innovation, and strategic alliances.
Dr.Soumitro Chakraborty won ‘CEO of the year’ award
♦ CEO of Innovative Financial Advisors Pvt Ltd, (Fiinovation), Social Entrepreneur Dr.Soumitro Chakraborty was awarded ‘CEO of the year’at the 8th World CSR Congress.
♦ He has been recognized for implemented various programmes in partnership with various corporations and NGOs in the field of health, environment, education and livelihood.

i. The Conference was organized by Directorate General Factory Advice and Labour Institutes (DGFASLI), Ministry of Labour and Employment, German Social Accident Insurance (DGUV), Germany along with Indian Institute of Technology, Bombay and International Social Security Association – Manufacturing, Construction and Mining. It was inaugurated by Shri Heeralal Samariya, Secretary, Ministry of Labour and Employment.
ii. ‘Vision Zero’ is based on four principles:

Key points:
i. It aims to help the government to enhance workplace security and reduce occupational hazards by controlling risks, ensuring safety and health in machines, equipment and workplaces and skill upgradation of workforce.
ii. DGFASLI, Ministry of Labour and Employment has signed an Memorandum of Understanding (MoU) with the German Social Accident Insurance (DGUV) to enhance safety and health at work, to reduce the occurrence of work related accidents and diseases and to promote social protection.
About Maharashtra
♦ Capital- Mumbai
♦ Chief Minister- Devendra Fadnavis
♦ Governor- C. Vidyasagar Rao 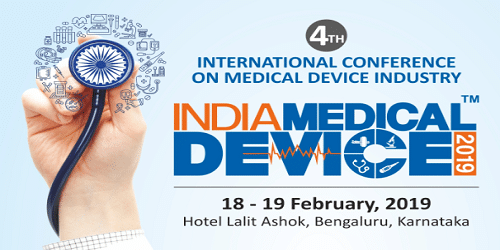 i. It was inaugurated by Shri D. V. Sadananda Gowda,Minister of Chemicals & Fertilizers, Statistics and Programme Implementation.
ii. The theme for India Pharma 2019– ‘Enabling Quality Affordable Healthcare’ and that of India Medical Device 2019 – ‘Med-Tech India: Gearing up for Ayushman Bharat’.
Key points:
i. The aim of the conference was to highlight and facilitate the growth of the medical devices sector and its role in provision of cost-friendly access and healthcare to the citizens.
ii. The purpose of annual conference is to constantly look for and find the best-suited technology solutions and manufacturing techniques for the devices.
iii. It provided a huge platform for interaction between industry and the Government in areas where government’s help is required to transform the Indian medical device ecosystem.
About Karnataka
♦ Capital- Bengaluru
♦ Chief Minister- HD Kumaraswamy
♦ Governor-VajubhaiVala

Programme Implementing Agencies (PIAs), mostly NGOs and state government representatives from 13 Eastern and North-Eastern states of India-West Bengal, Jharkhand, Odisha, Chhattisgarh, Bihar, Assam, Arunachal Pradesh, Manipur, Meghalaya, Mizoram, Nagaland, Sikkim & Tripura marked their presence at the conference.
About DDRS
i. It was established in 1999 by the Government of India.
ii. Under this scheme, monetary help is provided to around 600 NGOs which work in the field of education and rehabilitation of persons with disabilities. Out of these 600 NGOs, about 26% NGOs under DDRS and 46% of Special School for Children with Intellectual Disabilities are from Eastern and North-Eastern States.
About West Bengal
♦ Capital- Kolkata
♦ Chief Minister- Mamata Banerjee
♦ Governor- Keshari Nath Tripathi

‘KALIA Chhatra Bruti’ scholarship for farmers children launched by Odisha government
On 19th February 2019, ‘KALIA Chhatra Bruti’ scholarship for the children of farmers benefited under the KALIA scheme was launched by the Odisha Chief Minister Naveen Patnaik in Bhubaneshwar, Odisha.
Key points:
i. It aims at providing financial assistance for technical and professional education to farmers’ children by incurring all expenses involved in various levels of education, such as course fee, hostel fee, mess fee by state govt.
ii. The scholarship shall be sent directly to the bank accounts of students who require it via. DBT (Direct Benefit Transfer).
iii. The scholarship can be applied for online at kalia.co.in/scholarship portal from 19th February 2019 itself.
iv. Children of KALIA(Krushak Assistance for Livelihood and Income Augmentation) Scheme beneficiaries who are eligible for the scholarship can avail monetary help in more than 13 professional/technical subjects viz- MBBS, BDS, BAMS, BHMS, B.Pharma, B. Sc Nursing, BVS and AH, B.E, B.Arch and B.Plan, B.Sc Agriculture, B.Sc Horticulture, B.Sc Forestry, B.Sc Fisheries, B.Sc Community Science in more than 30 government institutions.
About Odisha
♦ Capital- Bhubaneshwar
♦ Chief Minister- Naveen Patnaik
♦ Governor-Ganeshi Lal

Thiruvananthapuram to host Attukal Pongala festival, world’s largest religious congregation of women
Thiruvananthapuram in Kerala shall host the AttaukalPonkala festival-one of the largest religious gathering of women on a single day.
i. The festival involves preparation of ‘Pongala’- a mixture of rice, jaggery and scraped coconut cooked in fresh earthen or metal pots,by lakhs of women, in order to worship the presiding deity of Attukal Bhagavathy temple.
ii. All the offices and institutions across the city observe a holiday on this day.Attukal temple is also called ‘women’s Sabarimala’ as only women perform the ritual.
About Kerala
♦ Capital- Thiruvananthapuram
♦ Chief Minister-Pinarayi Vijayan
♦ Governor-Palanisamy Sathasivam

iii. Age: Minimum entry age is 18 years and maximum age is 65 under the Regulation 12(i) of HIR 2016, along with lifelong renewability. There is no maximum exit age.Dependent Child / children shall be covered from the age of 0 days to 25 years.
iv. Co-payment:5% of Co-pay will be part of the product feature.
v.The product will have the basic mandatory covers and no additional or add-on covers will be allowed.
Standard Health Product Covers:
Hospitalization expenses including room, nursing expenses, Intensive Care Unit, Intensive Cardiac Care Unit expenses, dental treatment, necessitated due to an injury, plastic surgery, necessitated due to disease or injury and domiciliary hospitalization.The Policy will also cover the expenses incurred on treatment under AYUSH.
Click here to read entire guidelines issued by IRDAI

OFB Gets Bulk Production Clearance for 114 ‘Dhanush’ Artillery Guns
A clearance for bulk production of 114 ‘Dhanush’ artillery guns has been received by the Ordnance Factory Board (OFB) from the Indian army.
About Dhanush
i. It is the first long-range artillery gun to be produced in India.
ii. It portrays the success story of the ‘Make in India’ initiative.
iii. It has an inertial navigation-based sighting system, auto-laying facility, on-board ballistic computation and an advanced day and night direct firing system. Its self-propulsion unit allows it to negotiate and deploy itself in mountainous terrains with ease.
iv.Dhanush’ is the product of joint efforts by the OFB and the Indian Army with contributions from DRDO, DGQA, DPSUs such as BEL, PSUs such as SAIL and several private enterprises. 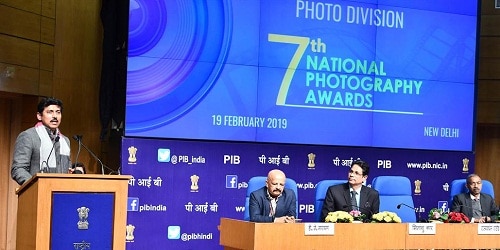 Key points:
i. National Photography Awards were started in 2010.
ii. The Minister paid a visit to the Photo Exhibition set up at National Media Centre and also released a special brochure. 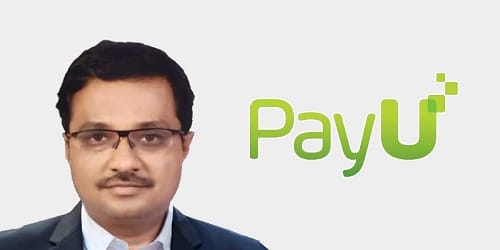 i. The urgent responsibilities at hand would be the management of $100 million worth of business, witnessing a growth rate of 30% currently, formulating investment plans and gauging potential technological partnerships.
ii. The company has also highlighted the plan to double its loan book to about $2 billion over the next few years. 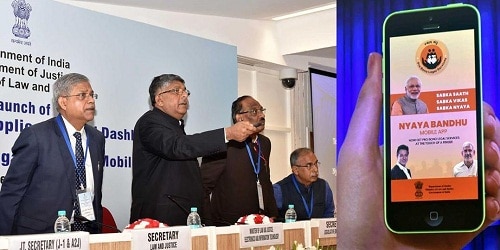 Key points:
i. It is pro bono legal service which is designed to connect practising lawyers and the registered eligible beneficiaries in a hassle-free manner.
ii. It will enable the para legal volunteers (PLV)’s to perform on field pre-registration of cases with a facility to seek appointment from the panel lawyer on date and time suitable to them.
iii. It contains facility to confirm and register the pre-registered cases, to enable online interface between the beneficiary and the panel lawyer through video conferencing and telephone facility.
iv. The application will benefit 73,000 PLVs of National Legal Service Authority and State Legal Services Authorities (SLSA) in the country who will be associated under Tele-Law service.

Scientists discover massive mountains under Earth’s crust
Massive mountains have been discovered by scientists.
i. These mountains are located in the Earth’s mantle at a depth of 660 km, and could provide a breakthrough on how the planet was formed.
ii. According to a study published in the journal ‘Science,’ data obtained from a huge earthquake in Bolivia has been used to find mountains and other topography on a layer which is located at a depth of 660 km, separating the upper and lower mantle. 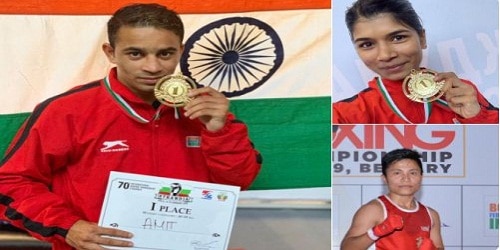 UAE Coach Irfan Ansari banned by ICC for 10 years
International Cricket Council (ICC) banned(United Arab Emirates) UAE-based coach Irfan Ansari for a period of 10 years, from all forms of Cricket as he was found guilty of making a “corrupt approach” to Pakistan captain Sarfaraz Ahmed in 2017.
i. ICC Anti-Corruption Tribunal found him guilty of breaching three counts of the Anti-Corruption Code during a hearing. 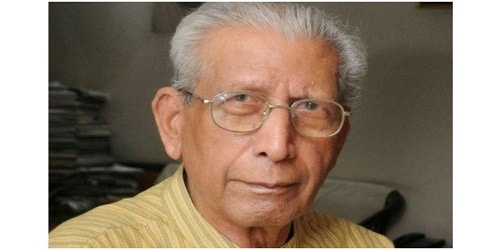 i. He received the Sahitya Akademi award for ‘Kavita Ke Naye Pratiman’ for literary criticism in the year 1971.
ii. His other notable works are ‘ Chhayavaad’ and ‘Dusari Parampara Ki Khoj’ .
iii. He was the former president of the All India Progressive Writers’ Association (AIPWA). 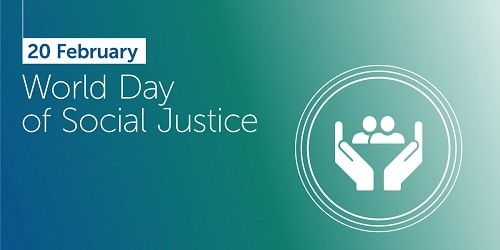 Objective :- This day promotes peaceful and prosperous coexistence among different nations. It also creates awareness throughout the world about values of gender equality or the rights of indigenous peoples and migrants.
Theme of 2019 –  ‘If you want Peace and Development, Work for Social Justice’ to  focuses on the goal of achieving full employment for the bottom 40 per cent of people and support for social integration.
Background:-
On 26th November 2007, The United Nations General Assembly has approved to observe 20 February every year and started observing from 2009, as the World Day of Social Justice.