We are here for you to provide the important Current Affairs February 20 2019, which have unique updates of all daily events from all newspapers such as The Hindu, The Economic Times, PIB, Times of India, PTI, Indian Express, Business Standard and all Government official websites. 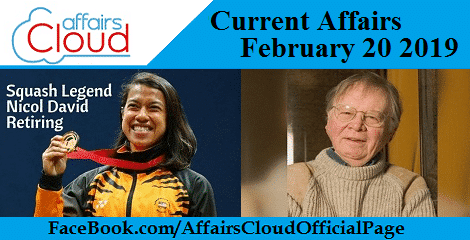 i. The main objective of the conference was to formulate a roadmap for the response, preparedness, and management of current regional, national and global health challenges using a One Health collaborative approach.
ii. It focused on identifying needs and opportunities and developing a strategy to address major human and animal diseases of concern including Brucellosis, Tuberculosis, Anthrax, Antimicrobial Resistance (AMR), together with biosafety, biosecurity, burden of disease and inter-sectoral collaboration considerations.
iii. The conference was hosted by the following departments:

iv. The Bill & Melinda Gates Foundation,the Institute of Animal Health and Veterinary Biologicals (IAH&VB) of the Karnataka Veterinary and Animal Sciences University and The Pennsylvania State University, USA will be collaborating with the partners of the One Health Initiative. Emergency Response Support System, ERSS has been introduced for women safety in 16 states and Union Territories including Andhra Pradesh, Uttarakhand, Punjab, Kerala, Madhya Pradesh, Rajasthan, Uttar Pradesh, Tamil Nadu, Gujarat and Jammu and Kashmir and was launched in Himachal Pradesh and Nagaland earlier. All the states are required to set up an Emergency Response Centre, ERC.
In the hour of need, the person seeking can help can:

The following were also launched in the event: 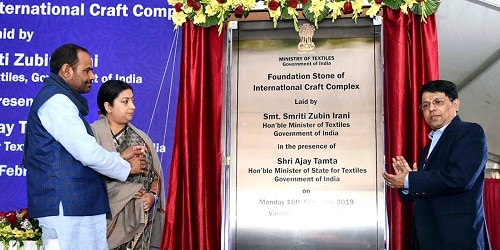 i. She announced that it will be called “Deen Dayal Antarashtriya Hastshilp Bhawan” and awardee artisans will be allocated space for marketing their products, on rotation basis, with a preference to Divyang (disabled) artisans.
ii. It will have 23 shops meant for artisans, 1 showroom for artisans from SAARC countries, 1 kiosk, 5 galleries and 1 conventional hall and will also have dormitory facilities for handicrafts artisans.

GoM headed Nitin Patel submitted recommendations on GST on Housing to Council
A Group of Ministers (GoM) headed by Gujarat Deputy Chief Minister Nitin Patel, which has favoured 3% on the affordable housing category, down from 8%, has submitted its report to the Goods and Services Tax (GST) Council for taking it up and decide on it in the meeting to be held on 20th February 2019.
i. The Council might also consider reducing tax on cement from 28%to 18% to boost the realty sector in the meeting.
ii. GST is currently levied at 12%on premium housing and 8% on affordable housing on payments made for under-construction properties, where completion certificate has not been issued at the time of sale.No GST is charged if a property is bought after the issue of completion certificate.

Unemployment among educated citizens rose sharply in 2017-18: NSSO
According to the National Sample Survey Office’s (NSSO) first periodic labour force survey, levels of unemployment were observed to be much higher among educated people than ones with lower level of education in 2017-18.
Key points:
i. Despite lesser number of people receiving vocational training during this period, the number of skilled people nearly doubled in 2017-18 than in 2011-12.
ii. The literacy levels increased in 2017-18, specifically in rural areas where young women received more formal education than men.
iii. The rate of education among rural men increased from a mere 3.6 percent in 2011-12 to 10.5 percent in 2017-18. As many as 9.2 percent urban men were educated in 2017-18, more than double of the 2011-12 levels.
iv. Twice the number of educated women as compared to men were unemployed.
v. The gross secondary enrolment rate in the 15-16 age group went up to 90 percent in 2016 from 58 percent in 2010.

Finance Minister of Uttarakhand Prakash Pant presented Rs 48,663.90 crore State budget for financial year 2019-20
State budget of Rs. 48,663.90 crore was presented by Finance Minister Prakash Pant who described it as a balanced budget by prioritising education, health, agriculture, employment generation in rural areas, infrastructure, housing and urban development.
Key points
i. It is said to be a surplus budget with the total expenditure for the Financial Year 2019-20 standing around 48,663.90 crore and total earnings for the period around Rs 48,679.43 crore.
ii. Interest-free loans of up to Rs 1 lakh shall be provided to poor and small farmers.
iii. Interest free loans amounting to Rs 5 lakh shall be given to self-help groups involved in agro-related activities.
iv. Rs 1,341 crore have been allocated to agriculture and horticulture in the budget while Rs 3,141.34 crore have been allocated to rural development and Panchayati Raj department.
v. Rs 2,545.40 crore have been allocated for medical health, family welfare and medical education while Rs 1,073 crore for the education sector.
vi. Rs 100 crore have been allocated through the cooperative sector in the budget in order to reduce migration by generating employment in rural areas and doubling the income of farmers by 2022.
About Uttarakhand
♦ Capital- Dehradun
♦ Chief Minister- T.S Rawat
♦ Governor- Baby Rani Maurya

Punjab FM Manpreet Singh Badal presented Rs 1,58,493 crore state budget for FY 2019-20
Punjab Finance Minister Manpreet Singh Badal presented the state budget for Financial Year (FY) 2019-20 with a total outlay of Rs 1,58,493 crore with no new taxes.
i. The budget proposed hikes in the range of 9-36 percent in the allocation of funds for agriculture, health, education and rural and urban infrastructure sectors.
ii. Total outstanding debt of the state has been projected at Rs 2,29,612 crore for 2019-20 as against Rs 2,12,276 crore for 2018-19.
iii. An allocation of Rs 3,000 crore for farm debt waiver was proposed for the year 2019-20 in order to waive off the loans of landless farm labourers and the families of farmers who have been forced to commit suicides.
iv. The total revenue receipts have been estimated at Rs 78,510 crore for the next financial year as against Rs 70,399 crore for 2018-19. The total receipts of the state have been pegged at Rs 1,54,170 crore.
v.Petrol rates decread by Rs 5 and diesel rates by Re 1.
vi.Rs 250 crore for Sarbat Sehat Bina Yojana for providing Rs 5 lakh per family annual health care to 70 percent population of Punjab.
vii.Rs 90 crore allocated for new scheme, ‘Mera Kamm, Mera Maan’, wherein urban unemployed youth between the age group of 18 to 35 years will be assisted by the District Bureaus of Employment and Enterprise for both skilling and wage employment for a specified minimum days in the year.
About Punjab
♦ Capital – Chandigarh
♦ Chief Minister – Amarinder Singh
♦ Governor – V.P. Singh Badnore 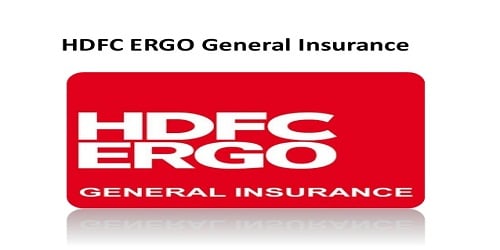 Key points:
i. It provides a coverage of up to 2 lakhs and is the first micro-insurance plan to do so.
ii. It provides both protection and savings and is a regular premium, non-linked, participating endowment micro insurance plan.
iii. In case a policyholder dies, this plan would provide financial assistance to the family. For surviving policyholders, a lump sum amount at the time of maturity shall be provided.
iv. It can be availed only by standard healthy citizens in the age group of 18-55 years without undergoing any medical examination.
v. This plan will be eligible for loyalty additions after 5 years, the decision of which will lie with the organisation.
vi. People can also avail loans from this plan provided that premiums have been paid for three full years. 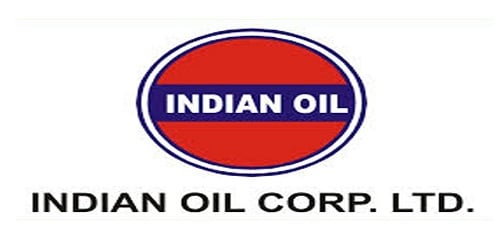 i. IOCL is the first Indian state refiner to buy U.S. oil under an annual contract, in a deal that will also help boost trade between New Delhi and Washington.
About IOC
♦ Headquarters – New Delhi
♦ Chairman – Sanjiv Singh

Government relaxes Angel Tax norms for start-ups
The Ministry of Commerce and Industry in an attempt to provide relief to and boost investments into start-ups in India, has decided to simplify the process for them to get exemptions under the Income Tax Act, 1961.
i. It will now recognize an entity as a start-up up to 10 years from the date of its incorporation or registration instead of the existing duration of 7 years.
ii. It will also recognize an entity as a start-up if its turnover for any of the financial years since its incorporation or registration does not exceed Rs 100 crore unlike the previous amount of Rs 25 crore.
iii.Under the IT Act, Section 56 (2) (viib) money invested by angels in a company is treated as income from other sources.  Exemption under Section 56 (2) (viib) for startup recognized by the DPIIT are as follows:

i. He was also named as the 6th Indian Footballer in the elite Padma Shri list.
ii. Shubham Sarangi, youth player from Delhi who is currently the player of Delhi Dynamos team for Indian Super League (ISL), was also honoured by Football Delhi on this occasion. He was part of the AIFF Youth Academy for 12 years, and has represented India in Under-14 and Under-17 National Teams.
About FIFA
♦ President – Gianni Infantino
♦ Headquarters – Zürich, Switzerland 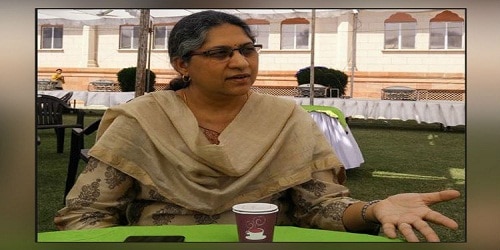 She will succeed RK Tyagi and has been elected to this post for a tenure of 3 years.
About GC Anupama
i. She currently holds the position of dean and senior professor at the Indian Institute of Astrophysics (IIA), Bangalore.
ii. She is a part of the Indian core team which is part of the international team involved in the ‘Thirty Meter Telescope’ (TMT) project in Hawaii.With an outlay of over one billion USD, TMT is international project being funded by scientific organisations of Canada, China, India, Japan, and USA.
iii.She is an awardee of Karnataka’s CV Raman Young Scientist award for the year 2001.
About Astronomical Society of India
♦ Established- 1972
♦ Objective- Promotion of astronomy and other related branches of science.

Lt Gen Depinder Singh Ahuja became the Chief of Staff of Southern Command
Lieutenant General Depinder Singh Ahuja, awardee of the Ati Vishisht Seva Medal,has taken charge as the new Chief of Staff at the headquarters of the Southern Command in Pune, Maharashtra.
i. He is an alumnus of the Defence Services Staff College,Wellington and the National Defence College, New Delhi and a member of the Indian Institute of Engineers.
ii. The position was earlier held by Lt. Gen. Manoj Pande, who has taken over the command of Army’s frontier Gajraj Corps.

Chennai got its first Drainage-cleaning robot, Bandicoot
Bandicoot, a drainage-cleaning robot, has been introduced in Chennai, Tamil Nadu. Kadambur Raju, member of Tamil Nadu Legislative Assembly, inaugurated the operation of the robot.
i. It is a semi-automatic robot can enter manholes for cleaning sewage lines with its robotic arm and is equipped with 5 night-vision cameras to relay the scenario underneath.
ii.It was first introduced in Feb 2018 in Thiruvananthapuram, Kerala, then in July 2018, it was publicized in Kumbakonam municipality of Tamil Nadu.
iii.It was developed by Genrobotics, a company founded by nine young engineers in Thiruvananthapuram.

Key points:
i. NFCL has been set up under Indian Cyber Crime Coordination Centre (I4C)and shall be accessible to Delhi Police’s cyber-crime cell and other safety organisations.
ii.NCFL is a part of Home Ministry’s Indian Cyber Crime Coordination Centre (I4C), which will monitor social media profiles of suspects to identify them.
iii.CyPAD is Delhi Police’s cybercrime unit. It will deal with rypto-currency frauds and international tech-supported frauds.
iv. To spread awareness among school students and teachers, the Ministry of Home Affairs (MHA) has started a popular Twitter handle @CyberDost.
About Delhi
♦ Chief Minister- Arvind Kejriwal
♦ Lieutenant Governor- Anil Baijal

Squash queen Nicol David to retire at end of 2018-19 PSA season
35-year-old,Malaysian squash queen,35-year-old and 8-time world champion,Nicol David, announced that she will be retiring at the end of the 2018-19 Professional Squash Association (PSA) season in June 2019. 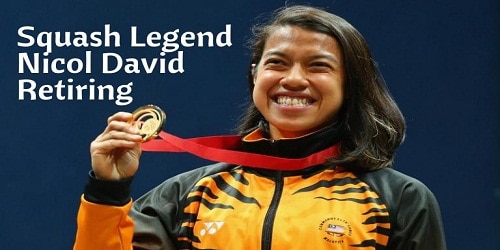 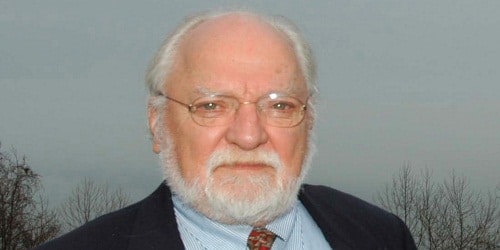 i. He joined the army at the age of 17 and has served in the Korean War.
ii. He wrote more than 200 books under the pen name W.E.B. Griffin and various other names and sold millions of copies. His most popular series include “Badge of Honor,” ”Clandestine Operations” and “Presidential Agent.” 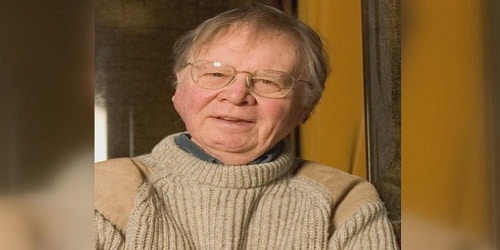 He was the first scientist to recognize the Ocean Conveyor Belt which is said to have a major impact on climate including air temperature and rain patterns. He also stated that the release of greenhouse gases into the Earth’s atmosphere has an effect on the ocean currents.