We are here for you to provide the important Current Affairs February 1 2019, which have unique updates of all daily events from all newspapers such as The Hindu, The Economic Times, PIB, Times of India, PTI, Indian Express, Business Standard and all Government official websites. Government approves 4 lakh houses under PMAY(U)
On 30th January 2019, Union Housing and Urban Affairs Ministry approves construction of 4 lakh houses under the Pradhan Mantri Awas Yojana (Urban). It makes the total numbers of houses to about 71.5 lakh.
Key Points
i. PMAY(U) is a scheme launched by PM Narendra Modi in June 2015 to ensure Housing for all by 2022. It is on its way of achieving the target of one crore homes for urban area in the Country.
ii. Andhra Pradesh and Uttar Pradesh have been sanctioned nearly one lakh houses each. PMAY(U) is achieving every month in steady and strong manner.
iii. The approval was given at a meeting of the Central Sanctioning and Monitoring Committee (CSMC) of the PMAY(U)
iv. A total of 940 project with a project cost of Rs.22492crores with central assistance of Rs.7180cr has been approved in the meeting.
About Ministry of Housing and Urban Affairs
♦ Union Minister: Hardeep Singh Puri
♦ Secretary: Durga Shankar Mishra

Implementation models under the Pradhan Mantri Jan Arogya Yojana
On 30th January 2019, the Pradhan Mantri Jan Arogya Yojana (PMJAY) proposes three models through which the states can implement the scheme. The models are insurance model, trust-based model and hybrid model.
Key Points
i. In insurance model the premiums are paid to the insurance company which administers and pay the claim.
ii. In trust based model each state forms its own trust to manage the scheme and claims will be disbursed from a corpus created from central and state government contributions.
iii. In hybrid model a part of the claim comes under the insurance model while the balance gets processed under the trust.

India’s unemployment rate hit 4 decade high of 6.1%in 2017-18 ; says NSSO Survey
On 31st January 2019, as per National Sample Survey Office’s (NSSO’s) periodic labour force survey (PLFS) India’s unemployment rate hit a 45 year high of 6.1%in 2017-18. It is the first comprehensive survey on employment conducted by a government agency after demonetization.
Key Points
i. Unemployment is higher in urban areas which is 7.8%  as compared to 5.3% in rural areas of the country. The unemployment rate is at its highest level as in 1972-73.
ii. Unemployment rate among youth reached a record high level in 2017-18 as compared to that in the overall population.
iii. Youth’s moving away from the Agriculture sector as it is becoming less remunerative and moving to urban areas.
iv. Rate of jobless rural males rose to 17.4% from 5% and among rural jobless females the rate became 13.6% from 4.8%. 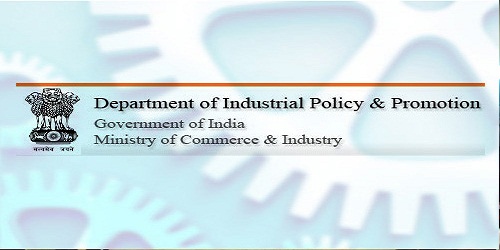 Key Points
i. The decision has been taken on the demand of Confederation of All India Traders (CAIT) for forming a separate ministry for internal trade.
ii. Matters related to internal trade were earlier under the domain of Ministry of consumer affairs and now under the promotion of Industry and Internal Trade.
iii.So far, DIPP was framing policies only related to foreign direct investment, now DPIIT will also deal with issues concerning promotion of internal trade, including retail trade; welfare of traders and their employees; matters relating to facilitating ease of doing business; and startups. i. This institute was formed with the total cost of Rs.90.40 crore in a span of four years.

Punjab govt gave approval for ‘Smart Village Campaign’ worth of Rs 385 crores
On January 29, 2019, Punjab government approved a rural development scheme”‘Smart Village Campaign” worth Rs 384.40 crore to build village infrastructure and provide essential amenities.
i. Getting approved by Chief Minister Amarinder Singh, Reformation and implementation of the scheme would be financed with funds from the 14th Financial Commission and MGNREGA
ii. The SVC is aimed at improving the condition of rural areas by supplementing the ongoing government schemes for building infrastructure and providing essential amenities,
About Punjab
♦ Capital: Chandigarh
♦ Chief minister: Amarinder Singh
♦ Governor: V.P. Singh Badnore
♦ Punjab has a total of 13,276 villages in Punjab. 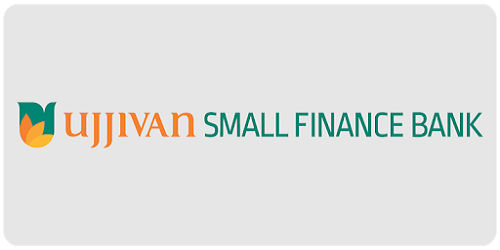 Key Points
i. Kisan Suvidha loan can be used by farmers for both agriculture and allied activities. The product is specially designed to cater to the needs of customers for various allied and agricultural activities.
ii. Ujjivan Small Finance Bank launched the product in Tamil Nadu, West Bengal, Karnataka and Odisha with an eye to expand the product offerings.
iii. It provides loans to individuals with an amount ranging from Rs. 60000 to Rs. 2 Lakh to fulfill the customized needs of the mass market segment.
iv. The loan does not require any collateral. Ujjivan becomes the 1st bank to offer loans for agriculture and allied activities.
About Ujjivan Small Finance Bank
♦ Headquarters – Bengaluru
♦ Founded- 1 February 2017
♦ MD and CEO – Samith Ghosh

FMCG sector to clock double digit growth
On 29th January 2019, as per Nielsen study the Fast Moving Consumer Goods (FMCG) industry is likely to grow between 11% and 12% in 2019 which is a little lower than 13.8% in 2018.
Key Points
i. Growth of FMCG industry in the 4th quarter of 2018 was 15.9% and the study account the calendar year while making projections.
ii. The growth in current year is primarily on back of conductive macro economic environment, Rural consumption, sustained benefits of GST regime and election impact.
iii. Nielsen expects the sustained government focus on rural infrastructure and surging non farm income in rural areas to support rural FMCG consumption story. 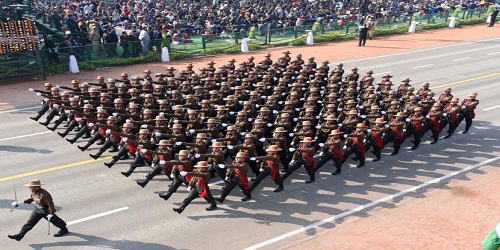 i. In the category of tableaux ,Tripura ‘s tableau depicted Gandhian way of fuelling rural economy and won the first prize whereas Jammu and Kashmir’s tableau depicted the state’s composite culture and ethnic diversity won the second place  and Punjab’s tableau which represented the theme of Jallianwala Bagh massacre of 1919, which evoked memories of Independence struggle received the third prize. 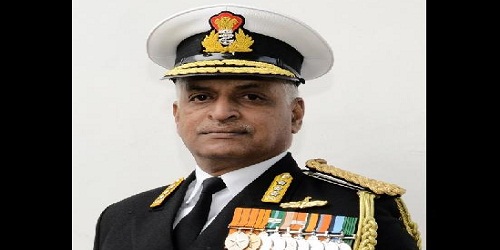 i. During the 25 years of his shipping regime ,he served as navigating officer in several ships like INS Magar,Indian Naval Ship Nashak ,and Mauritius National Coast Guard Ship Vigilant – the senior ship of the No. 1 Patrol Vessel Squadron.
ii. He also received prestigious Herbert Lott Prize and the Vishist Seva Medal in 2010 and the Ati Vishist Seva Medal in 2016. Lt Gen Rajeev Chopra takes over as NCC Director General
On January 31, 2019, Lt Gen Rajeev Chopra took charge as the Director General of NCC (DGNCC) in New Delhi .He has been awarded Ati Vishisht Seva Medal for his distinguished service in January 2018.
In his career, he has commanded an infantry battalion in Operation Rhino (Assam) and a Brigade in Eastern Command and was the Inspector General of  insurgency-torn state of Manipur. ICICI Bank sacks Chanda Kochhar
On 30th January 2019, ICICI Bank decided to terminate the contract of former Managing Director and CEO Chanda Kochhar. A panel lead by B.N Srikrishna found that she violated the bank code of conduct.
Key Points
i. The board also decide to retrieve bonuses paid to her from April 2009 to March 2018. During the period Kochhar was paid a performance bonus of about Rs.9.8cr.
ii. In 2017, CBI regulators preliminary enquiry based on allegations made by whistle blower around Gupta that loans given to the Videocon Group in 2012.
iii. Chanda Kochhar assumed charge as MD and CEO of ICICI Bank on May 1, 2009 and resigned on October 2018. Bank appointed Sandeep Bakshi as CEO for after her resignation.
About ICICI Bank
♦ Headquarter: Mumbai
♦ MD & CEO: Sandeep Bakshi
♦ Tagline: Hum Hai Na, Khyal Apka

World’s largest digital sky survey issues biggest-ever astronomical data release
On January 28, 2019,The Space Telescope Science Institute (STScI) in US in partnership with the University of Hawai’s Institute for Astronomy released the second edition of data from Pan-STARRS , the Panoramic Survey Telescope & Rapid Response System — the world’s largest digital sky survey.
i. This second released survey contained over 1.6 petabytes of data , which makes it the largest volume of astronomical information ever released.
ii. The Pan-STARRS observatory consists of a 1.8-meter telescope equipped with a 1.4 billion pixel digital camera,which was the first survey to observe the entire sky visible from Hawai.

Scientists Developed Artificial Pancreas Smartphone App For Diabetics
On January 28, 2019, Scientists developed an artificial pancreas smart phone app that will help to analyze blood sugar levels in diabetes patients. This application is formed with the capacity of to connect with glucose monitors, insulin pump devices, and decision-making algorithms.
i. This application system is formed with a glucose range of 70-180 micrograms per decilitre

Global warming’s impact on El Nino in 2019
El Nino is a climatic chain characterized by high air pressure in the Western Pacific and low air pressure in the eastern.
i. El Nino occurs once in every 15 years and results in heavy drought, flood ,dust and snow storm resulting in million of dollar loss to the public in Tropical Pacific region
ii. According to certain reports,El Nino is forecasted to give a rise in vector-borne diseases, including those spread by mosquitoes, in Central and South America.And Drought caused by El Nino can be widespread, affecting southern Africa, India, Southeast Asia, Australia, and the Pacific Islands

ICC roped in Coca-Cola as official sponsor
On January 31, 2019,The International Cricket Council (ICC) signed a five-year global partnership deal with beverage manufacturer Coca-Cola Company.ICC and Coco-cola’s partnership will be continue till 2023 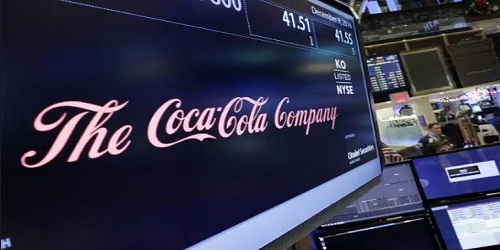