We are here for you to provide the important Current Affairs December 8 2018, which have unique updates of all daily events from all newspapers such as The Hindu, The Economic Times, PIB, Times of India, PTI, Indian Express, Business Standard and all Government official websites. Pusa Kisan Haat will be built across 2.5 acres which includes 60 stalls measuring 3m x 3m where farmers can sell their agricultural products.

SC approved Centre’s draft of  India’s First Witness Protection Scheme 2018
On December 5, 2018, the Supreme court bench of Justices A.K. Sikri and S. Abdul Nazeer approved the draft of  India’s First Witness Protection Scheme 2018 to ensure security to the witness.This Scheme was drafted by the Ministry of Home Affairs.The draft has been asked to be implemented across all states with immediate effect.
i. The draft witness protection scheme, finalised in consultation with the National Legal Services Authority (NALSA) and Bureau of Police Research and Development (BPRD), has three categories of witnesses based on the threat perception.

ii. The protection measures shall be proportionate to the threat and for a specific duration not exceeding three months at a time.
iii.Under the scheme, the applications will be dealt by a competent district authority consisting of:

iv.Applications will be disposed of in five days with an assessment of the threat perception by the local police.
v.There will also be a Witness Protection Fund to bear the expenses incurred in protecting a witness.
Background:
The issue of witness protection scheme had cropped up earlier when the top court was hearing a public interest litigation (PIL) seeking protection for witnesses in rape cases involving self-styled preacher Asaram Bapu.
Ministry of Home Affairs:
♦ Union Minister: Shri. Rajnath Singh.
♦ Minister of State: Shri. Kiren Rijiju, Shri. Hansraj Gangaram Ahir.

Centre approves SCord to tackle smuggling
The Central Government has approved Anti-Smuggling National Coordination Centre (SCord) under the Directorate of Revenue Intelligence (DRI) to tackle Smuggling.
i. Scord will help India to formulate a national anti-smuggling policy to tackle Smuggling on real time basis.
ii. Border Agencies BSF, Assam Rifles, ITBP, SSB and Coast Guards would be member of SCord and all organization be coordinate with each other on real time basis. 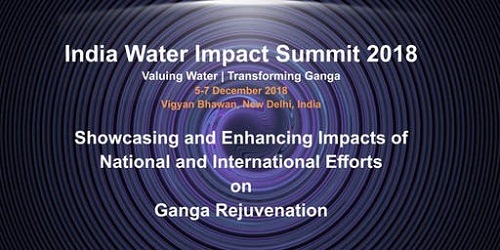 Objective:
To discuss, debate and develop model solutions for some of the biggest water related problems in the country.
Key Points:
i. It was jointly organized by:

ii.The theme for the 2018 version was: ‘Showcasing and Enhancing Impacts of National and International Efforts on Ganga Rejuvenation.’
iii. The Summit had 3 aspects or themes:

Two day Regional Customs Enforcement Meeting (RCEM) held in New Delhi
On 4th and 5th December 2018, Directorate of Revenue Intelligence (DRI) conducted 2 day Regional Customs Enforcement Meeting (RCEM) organized at Dr. Ambedkar International Centre in New Delhi.
i.Directorate of Revenue Intelligence (DRI),observed its 61st Founding Day on 4th December,2018.
ii. In the meeting extensive discussions were held regarding mutual strategy to counter crime related to drugs, precious metals and stones, money laundering and black economy.
iii. Union Finance Minister Mr. Arun Jaitley was the chief guest of the RCEM.He awarded the DRI Martyr’s Medal to Late Shri L. D. Arora, Additional Commissioner of Customs and Central Excise, who laid down his life in service to the Nation while working against the underworld responsible for the Mumbai blasts of 1993. He also appreciated DRI’s initiative to honour its ex-officers for exemplary service with the ‘DRI Utkrisht Seva Samman’.
iv. During the Meeting, emphasis was made on sharing data and intelligence between the Custom Administrations.

Four Day 1st International conference on bears held in Agra, UP
On December 3, 2018, a four day 1st International Conference on Bears commenced in Agra, Uttar Pradesh. It concluded on December 6, 2018.
Objective:
To share knowledge on principles of welfare of bears and other wild animals in zoos, sanctuaries and rescue centres.
Key Points:
i. It was organized by Wildlife SOS, a conservation non-profit organisation in collaboration with Bear Care Group from the US and Canada.
ii. The conference focused on bear care, wildlife conservation and human wildlife conflict mitigation.
iii. More than 80 delegates from 11 countries participated in the conference.
iv. The international delegates have came from the US, Canada, Australia, the UK, France, Germany, Demark, the Netherlands, Vietnam etc.
Wildlife SOS:
Headquarters: New Delhi. Objective:
To showcase the India opportunity, increase capital flow for Indian startups and further promote ease of doing business.
Key Points:
i. The theme of the Summit was: ‘Mobilizing Global Capital for Innovation in India.’
ii. The International Finance Corporation (IFC), a sister organisation of the World Bank Group, Invest India and the Indian Private Equity and Venture Capital Association (IVCA) were the partners for this initiative.
iii. Participation came from around 100 funds from countries like United States of America, China,Japan, Hong Kong and Singapore.
iii. Government of Goa through its participation aims to make the state, one of the most preferred start-up destinations in India, and one of the top 25 start-up destinations in Asia by 2025.
Background:
India has the world’s third largest startup base with more than 14,000 recognized Startups.
GOA:
♦ Chief Minister: Manohar Parrikar.
♦ Governor: Smt. Mridula Sinha.
♦ Wildlife sanctuary: Cotigao Wildlife sanctuary, Mhadei Wildlife Sanctuary, Bondla Wildlife Sanctuary, Netravali Wildlife Sanctuary,  Salim Ali Bird Sanctuary, Bhagwan Mahaveer Sanctuary.

The following MOUs were signed between the two countries:

India claims top ten in list of world’s fastest-growing cities
On 06th December 2018, according to Oxford Economics report, the top 10 fastest growing cities in the world from 2019 to 2035 are in India. Gujarat’s Surat tops the list followed by Uttar Pradesh’s Agra.
Key points
i. Surat, a diamond processing and trading center in the western state of Gujarat, will see the fastest expansion through 2035, averaging more than 9 percent.
ii. Agra and Bangalore gets 2nd and 3rd spot respectively.
iii. By 2035, the GDP of Asian countries will be 17 percent higher than all North American and European urban centers combined.
iv. Mumbai was termed as the world’s 12th richest city with a total wealth of $950 billion and India is the 6th largest wealth market in the world (in terms of total wealth held) after USA, China, Japan, Germany and the UK.
v.Among African city is the Tanzanian port of Dar es Salaam is the fastest City, while the top spot in Europe is held by the Armenian capital of Yerevan,San Jose a proxy for Silicon Valley will be best performer in North America.

India inks pact with Iran to pay crude bill in rupee
On 06th December 2018, India has signed an agreement with Iran to pay for crude oil it imports from the Persian Gulf nation in rupees.The memorandum of understanding (MoU) was signed following the US letting India and seven other nations to keep buying Iranian oil despite sanctions were reimposed on the Islamic state on November 5. ADB enters an arrangement with World Bank for co-financed projects
On 06th December 2018, Asian Development Bank (ADB)  has entered into an arrangement with the World Bank to put in place a single framework that will make co-financed projects more efficient.
ADB’s first Alternative Procurement Arrangement (APA) with the World Bank will allow procedures on co-financed projects to follow a single procurement framework.
Key points
i. The APA is a step further towards reducing procurement timelines in line with Strategy 2030. Strategy 2030 is ADB’s long-term plan to respond effectively to the Asia and Pacific region’s changing needs.
ii. In 2017, ADB operations totalled USD 32.2 billion, including USD 11.9 billion in co-financing.
iii. This will lessen the burden on executing and implementing agencies that have traditionally used multiple procurement frameworks on a single project and project implementation.
About World Bank
♦ Headquarter: Washington DC, United States
♦ President: Jim Yong Kim
About Asian Development Bank
♦ Headquarter: Mandaluyong, Philippines
♦ President:Takehiko Nakao 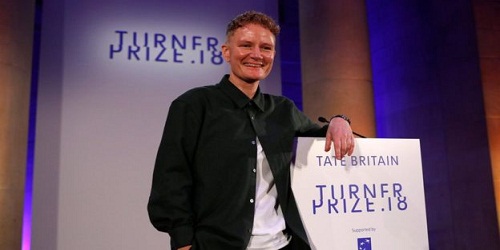 Rattan Lal honoured with Glinka World Soil Prize 2018
On 06th December 2018,Rattan Lal, has won the Glinka World Soil Prize 2018 in a ceremony at the Rome headquarters of the UN’s Food and Agriculture Organization (FAO) for his outstanding contribution to sustainable soil management.
Key points
i. Rattan Lal is a distinguished university professor of soil science at the Ohio State University and also the President of the International Union of Soil Science (IUSS).
ii.The Glinka World Soil Prize, named after the pioneering Russian scientist Konstantin D. Glinka, is considered the highest honour in the soil science profession.
iii.He has been listed among the World’s Most Influential Scientific Minds (2012) and among the top one per cent of all researchers in agriculture.
iv. The first World Soil Day Award was on December 05 2018 given to “Practical Action”, Bangladesh for organizing the best World Soil Day celebration in 2017.
iv. The new FAO-established award is funded by Thailand.
About Food and Agriculture Organization:
♦ Headquarter: Rome, Italy
♦ President: Jose Graziano da Silva

Atul Sahai appointed as New India Assurance CMD for a 5 year term
On 04th December 2018,the government announced that Atul Sahai will be appointed as Chairman and Managing Director (CMD) of New India Assurance (NIA) for a five year period replacing G Srinivasan.
Key points
i. Atul Sahai is currently the General-Manager at Oriental Insurance Company Pvt.ltd(OIC)
ii. New India Assurance country’s largest general insurer posted a 56 percent year-on-year (YoY) drop in its net profit at Rs 3.28 billion for the September 2019 quarter.
iii. Sahai had joined NIA in 1984 and would retire in 2022. He had moved to OIC in 2012 after getting promoted as a DGM.
About New India Insurance
♦ Headquarter: Mumbai
♦ CMD: Atul Sahai
About Oriental Insurance Company
♦ Headquarter: New Delhi
♦ CMD: A V Girija Kumar The top 10 emitters were China, the US, the EU, India, Russia, Japan, Germany, Iran, Saudi Arabia and South Korea.
Key points
i. The top four emitters in 2017, which covered 58 per cent of global emissions, were China (27 percent), the US (15 percent), the European Union (10 percent) and India (7 percent).The rest of the world contributed 41 per cent last year.
ii. India’s emissions look set to continue their strong growth by an average of 6.3 per cent in 2018, with growth across all fuels including coal (7.1 percent), oil (2.9 percent) and gas (6 percent).
iii. The Indian emissions were projected to grow 2 percent in 2017, compared to 6 per cent per year averaged over the previous decade, due to significant government interventions in the economy.
iv. China, India and the European Union are setting the pace.These regions represent 40 percent of global carbon emissions.They are set to achieve more than what they agreed in the first round of Paris Agreement in 2015.
v. By 2020, India can announce its own fossil-fuel exit strategy and a target date for its peak CO2 emissions.
About Paris Agreement 2015
i. The Paris Agreement is an agreement within the United Nations Framework Convention on Climate Change (UNFCCC), dealing with greenhouse-gas-emissions mitigation, adaptation, and finance, starting in the year 2020.
ii. The agreement’s language was negotiated by representatives of 196 state parties at the 21st Conference of the Parties of the UNFCCC in Le Bourget, near Paris, France, and adopted by consensus on 12 December 2015.
iii. The Paris Agreement’s long-term goal is to keep the increase in global average temperature to well below 2°C above pre-industrial levels; and to limit the increase to 1.5°C, since this would substantially reduce the risks and effects of climate change.

Senior Congress MP Mohammad Asrarul Haque passed away at 76
On December 7, 2018, Senior Congress MP and Noted Islamic Scholar Mohammad Asrarul Haque passed away at 76.
i. He was the state president of Jamiat Ulema-e-Hind, a leading Islamic organisation in India.
ii. He was also a member of All India Muslim Personal Law Board and the president of All India Milli Council.
iii. Earlier, he had contested from Bihar’s Kishanganj constituency in 2009 and 2014 general elections. 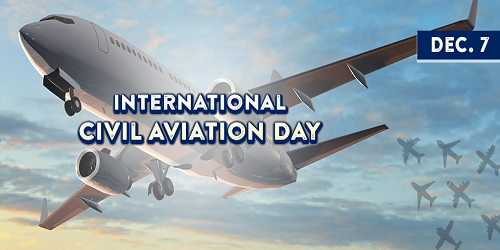