Smriti Irani launches sustainable fashion project,’SU.RE’ in Mumbai
On August 22, 2019, The Union Minister for Textiles Smriti Zubin Irani has inaugurated Project SU.RE(Sustainable Resolution), a joint project of CMAI(Clothing Manufacturers Association of India)& IMG Reliance(International Management Group,  during Lakme Fashion Winter/Festive 2019 in Mumbai, Maharashtra.
i. The aim of this initiative is to move towards sustainable fashion that contributes to a clean environment.
ii. It is the 1st  ever project in India’s apparel industry that 16 biggest fashion brands of India (such as Future Group, Aditya Birla Retail, Shoppers Stop, Arvind Brands) come together to set a sustainable pathway for the Indian Fashion Industry and is also a major step towards responsible and smart business……………………………..Click here to Read more

USCG Stratton arrives in Chennai port; Participates in the Indo-USCG joint exercise
On August 23, 2019, United States Coast Guard (USCG) ship Stratton on the maiden visit to India arrived at Chennai port as a part of a goodwill visit. Deputy Inspector General Sanjeev Dewan, TM Commander Coast Guard along with officials from Indian Coast Guard (ICG) and USCG graced the occasion.
Key Points:
i. The Captain of USCG is Bob Little.
ii. It will leave India on August 27, 2019.
Indo-USCG joint exercise
Indian Coast Guard (ICG) and USCG Stratton took part in an Indo-USCG joint exercise off the Chennai coast. Coast Guard ships and aircraft of the two countries took part in the exercise around five nautical miles off the city coast in the Bay of Bengal.
i. From the Indian side, ICG Shaurya and ICG Abheek ships and Chetak helicopter took part in the exercise which focused on anti-piracy, search and rescue, and fire fighting operations.
ii. The US cutter ship ‘Stratton’, 127-metre-long and 43-metre-tall, and an aircraft associated with the vessel were part of the operation.
About ICG:
♦ Motto: We Protect
♦ Headquarters: New Delhi 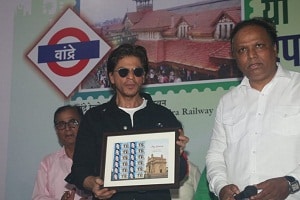 NBFCs can use Aadhaar-based bank KYC to give loans: Finance Minister Nirmala Sitharaman
On August 24, 2019, Finance Minister Nirmala Sitharaman notified that the Non-banking financial companies (NBFCs) will be permitted to use the Aadhaar based bank mandated KYC (Know Your Customer) to avoid repeating the process for the customers. The move will simplify and quicken up the process of availing credit.
Key Points:
i. Background: The government had amended the Prevention of Money Laundering (PMLA) Act 2002 to allow digital KYC. The amendment clarifies the various modes by which banks and NBFCs can capture the customers’ data electronically and also allowed the financial entities to capture full details through eKYC, removing the need to provide the physical documents. It allowed the use of electronic documents besides physical documents to do the KYC Process.
ii. The electronic documents can be accessed from the digital locker system which also includes Government of India’s Digi Locker.
About NBFC:
♦ It is a company registered under the Companies Act, 2013 of India, engaged in the business of loans and advances, acquisition of shares, stock, bonds, hire-purchase insurance business or chit-fund business but does not include any institution whose principal business includes agriculture, industrial activity or the sale, purchase or construction of immovable property.

4th Edition of ANUBHAV awards for 2019 presented by MoS (PP) Dr Jitendra Singh
On August 23, 2019, The Union Minister of State (Independent Charge) for the Ministry of Development of North Eastern Region and Minister of State for Prime Minister’s Office, Ministry of Personnel, Public Grievances & Pensions, Departments of Atomic Energy and Space, Dr. Jitendra Singh presented the 4th Edition of annual ANUBHAV awards 2019 at a function organized by the Department of Pension and Pensioners’ Welfare, Ministry of Personnel, Public Grievances and Pensions in New Delhi. There were 7 awardees.

Key Points:
i. Anubhav portal: It was created on the call of Prime Minister Narendra Modi in 2015 with a vision to preserve rich experience of retired official in digital form. It is envisaged that their rich experience will be preserved for future generation to learn and explore knowledge on various aspects of governance, culture & development history of a particular region. An award scheme- ANUBHAV awards was introduced in 2016 to incentivize and encourage more retiring employees to submit their write-ups.
ii. All India Pension Adalat: Minister inaugurated the All India Pension Adalat organised on the occasion. Thousands of cases were taken up during these Pension Adalats throughout the country. It is a strategic initiative of Department of Pension & PW within 100 days of taking over of new Government.
iii. Pre-retirement counselling workshop: The Minister also addressed at the Pre-Retirement counseling workshop. It focussed on educating the retiring employees about various procedures related to retirement.  He also released a Booklet titled “Know Your Retirement Benefits”.
About Ministry of Personnel, Public Grievances & Pensions:
♦ Headquarters:  New Delhi
♦ Formed: August 1, 1970

Dr. Jitendra Singh presents Smart Policing Awards at the Homeland Security 2019 conference in New Delhi
On August 23, 2019, The Union Minister of State (Independent Charge) for the Ministry of Development of North Eastern Region, Jitendra Singh has presented 35 Smart Policing Awards, instituted by FICCI(Federation of Indian Chambers of Commerce and Industry) at Homeland Security 2019 Conference, in New Delhi. He also released a compendium on ‘Best Practices in Policing’ during the event.
Key points:
i. The 35 awards were given to the officers for working in the areas of anti-insurgency, child safety, community policing, crime investigation & prosecution, cybercrime management, emergency response, human trafficking, road safety & traffic management, smart police station, surveillance & monitoring, training & capacity building, women safety and other police initiatives.
ii. He also stated that the central Government has taken many initiatives for the benefit of security forces & will be committed to make policing more effective specially with regard to laws related to women and drug trafficking.
About FICCI:
♦ Formation: 1927
♦ Headquarters: New Delhi
♦ President: Sandip Somany

Scarlett Johansson tops in Forbes world’s highest-paid actresses list 2019
As per the recently released Forbes magazine’s world’s Highest-Paid actresses of 2019 list, Hollywood star Scarlett Johansson (United States) has topped for the 2nd  consecutive year with the earning of $56 million. She got her earnings with the great success of her summer Marvel film Avengers: Endgame (April 2019). No Indian actresses got a mention in the top 10 position. 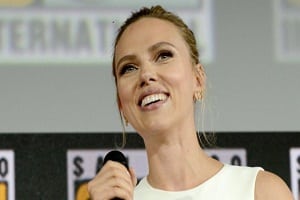 Key points:
i. The list was made based on the earnings between June 1, 2018, and June 1, 2019.
ii. The Forbes magazine identified that even the combined earnings of highest-paid female actors grew by 69 % to $314.6 million, it was still way below than the combined earnings of their male counterparts who raked in $588.3 million.
Here’s the list of the 2019 Forbes Highest-Paid Actresses: 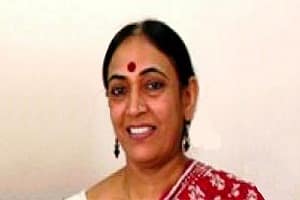 Key points:
i. Narains work: Naraine who has been a faculty Department of Russian Studies at Columbia University and New York University, contributed towards re-writing of Russian study books (text books) for graduate students after the dissolution of the Soviet Union.
ii. Previous winners: Only a few Indian scholars have received the medal since its inception. One among them is Kerala poet O.N.V. Kurip(2015).
About the Pushkin medal:
♦ The Pushkin Medal is the highest honour given to an Indian scholar by the government of Russia and to the citizens of the Russian Federation with at least 20 years in socio-humanitarian activities.
♦ awarded for -achievements in the arts and culture, education, humanities and literature in preserving the Russian cultural heritage.
♦ Established- May 9, 1999.
♦ It is named in honour of Russian author and poet Alexander Sergeyevich Pushkin.

Likee platform creates Guinness World Record for I-Day campaign
On  August 23, 2019, short video creation platform, Likee entered the 2019 Guinness World Records (formerly The Guinness Book of Records) for creating the largest online video album of people waving the Indian flag during its ‘No matter where I am, #IAMINDIAN‘ campaign. 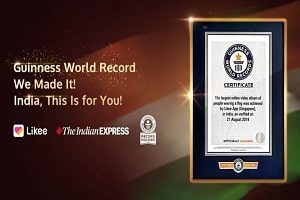 Key points
i. The tricolour was waved by more than 1 lakh Indians including Indian sprinter Hima Das who participated in this initiative on the platform as a sign of patriotism to celebrate India’s 73rd Independence Day(August 15). The hashtag #IAMINDIAN became the most trending hashtag among Indians in likee as well as other social media platforms.
ii. More than 2.5 lakh videos were created by the Indians with about 225.3 million views online. 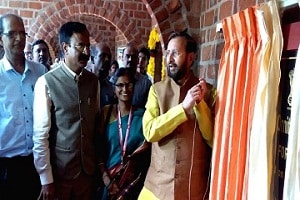 Haryana ASI wins gold in wrestling at 2019 WPFG in China
On August 22, 2019, Assistant-Sub-Inspector (ASI) of Haryana, Manjit, won a gold medal in wrestling (86kg category) at the 2019 World Police and Fire Games (WPFG) held in Chengdu, China.
Key points
Previously Manjit has won two gold medals at the WPFG-2011 held at New York (America) and WPFG-2015 at Virginia.
MonaliJadav also wins medals in WPFG:
i. Constable Monali Jadhav of Jalamb police station in Buldhana district of Maharashtra had also won three medals (2 golds & 1 bronze), at the WPFG International Championship.
She also created record scoring 716 out of 720 points in the game representing Indian Police Force. She previously secured 9th position at the Shanghai 2019 Hyundai Archery World Cup stage 2
in Shanghai held in May 2019.
ii. She won the gold in target and field archery and settled for a bronze medal in the ‘3D Archery’ in WPFG.

David Hamilton Koch of Koch Industries passed away in US
On August 23, 2019, World’s 11th richest person (As on June 2019) with a net worth of $42 billion (about £34billion), an American philanthropist & co-owner of Koch Industries, David Hamilton Koch, aged 79, passed away in Southampton, United States. He struggled with prostate cancer. Koch Industries was known for refining crude oil, making fertilizer, producing Dixie cups and Quilted Northern toilet paper. He was born on May 3, 1940, in Wichita, Kansas, US. 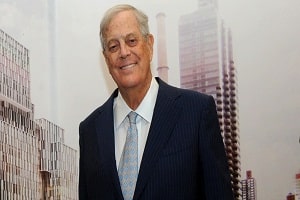