SC clears Chardham project, which will connect 4 holy places in Uttarakhand
On August 16,2019, The Supreme Court(SC) bench comprising of Justices Rohinton Fali Nariman and Surya Kant has cleared the Chardham highway project, which will connect 4 holy places of Uttarakhand(Badrinath, Kedarnath, Gangotri and Yamunotri)through 900 km all-weather roads by modifying an NGT(National Green Tribunal) order to form  a committee to look into environmental concerns.
i. Rights: As per the order, the committee shall hold quarterly meetings to ensure compliance and may suggest any further measure after each review meeting & should consider whether revision of the full Chardham project should at all take place with a view to reducing the major impact on the environment.
ii. Time-limit: The committee has given 4 months to submit the report………………..Click here to Read more

2019 ‘Aadi Mahotsav’ -national tribal festival begins at Leh-Ladakh
On august 17,2019, The 9 day long National tribal festival named “Aadi Mahotsav” commenced at the Polo Ground, Leh-Ladakh. It is a joint initiative of Ministry of tribal affairs and Tribal Cooperative Marketing Development Federation of India (TRIFED). The theme of this year’s festival is “A celebration of the spirit of Tribal Craft,Culture and Commerce”.
i. MoUs:  TRIBES India informs the signing of Memorandum of Understanding(MoU) with various e-Commerce companies like Amazon, Snapdeal,Flipkart,PayTM and GeM(Government eMarketplace) to sell tribal products. The TRIBES India also has its own e-commerce portal www.tribesindia.com……………………..Click here to Read more

Ministry of Corporate Affairs amends provisions related to issue shares with differential voting rights
In a bid to help startups, The Ministry of Corporate Affairs, Government of India(GoI)  has amended the provisions relating to the issue of shares with Differential Voting Rights (DVRs) under the Companies Act, 2013. It was done with the objective of enabling promoters of Indian companies to retain control of their companies, even they raise equity capital from global investors.
Key changes:
i. Raising equity capital from global investors with DVR shares now making up to 74% of total voting rights instead of the existing 26%.
ii. The requirement of distributable profits for 3 years period has removed for a company to be eligible to issue shares with DVR.
iii. Employee Stock Options (ESOPs) can now be issued by startups (recognized by the Department for Promotion of Industry & Internal Trade (DPIIT) ) to promoters or directors holding more than 10% of equity shares for 10 years(5 years earlier) from the date of their incorporation.
About Ministry of Corporate Affairs:
♦ Headquarters: New Delhi
♦ Minister of State: Shri Anurag Singh Thakur

Under Swachh Bharat Mission, DEPwD launches San-Sadhan Hackathon for Divyang accessible toilets
Under Swachh Bharat Mission, the Department of Empowerment of Persons with Disabilities (DEPwD) has launched a nationwide Hackathon called “San-Sadhan” for Divyang/ physically challenged people accessible toilets, which will be held from September 14- 15,2019 in New Delhi. It aimed to enhance sensitivity and develop an ecosystem for creating a barrier-free environment.
Key points:
i. Deadline: The last date to apply for participating in Hackathon is August 28, 2019, in which startups, student innovators, technology enthusiasts, academicians, and industry experts can participate.
ii. Present status: About 2.68 crore people in India are under the category of Persons with Disabilities (PwD) according to census 2011.
iii. PWD Act, 2016: Persons with Disabilities Act, 2016 enable PwDs for the accessibility of public-oriented premises and services such as health, transport, educational facilities as well as sanitation.
About DEPwD:
♦ Headquarters: New Delhi
♦ Secretary: Ms. Shakuntala D. Gamlin
About Swachh Bharat Mission:
It was launched on 2nd October 2014 by Prime Minister of India, Shri Narendra Modi to achieve universal sanitation coverage and to put the focus on sanitation. It consists of two sub-missions Swachh Bharat Mission (Gramin)-(SBM-G) and Swachh Bharat Mission (Urban).

Ceiling price of orthopaedic Knee implants not to increase beyond 10% a year
On August 13, 2019, Government assured that the ceiling price of orthopaedic knee implants will not be increased beyond 10% in a given year and it will monitor the price increase as per Para 20 of Drugs Prices Control Order (DPCO) 2013.
i. The knee implant is a non-scheduled medical device/drug for which DPCO, 2013 allows an annual increase up to 10% of the Maximum Retail Price (MRP). But, it was not permitted in 2018. 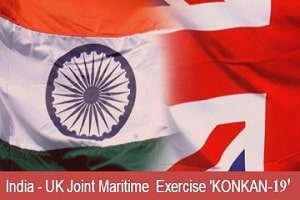 3 new products from two states receive Geographical Indication (GI) tag
The Department for Promotion of Industry and Internal Trade(DIPP), Government of India(GoI) has granted Geographical Indication (GI) tag for 3 new products from two states.
i. Tawlhlohpuan(a woven fabric) and Mizo Puanchei(a colourful Mizo shawl) from the State of Mizoram and Tirur betel vine from Kerala are the latest addition in the GI list.
ii. Recently GI tag was given to the famous Panchamritham, an offering of the Palani Dandayuthaswamy temple, in Tamil Nadu………………...Click here to Read more

India gets its first NEDL finalized by ICMR
India has got its first National Essential Diagnostics List (NEDL) finalized by the Indian Council of Medical Research (ICMR). The objective of the list is to bridge the current regulatory system’s gap that does not cover all the medical devices and in-vitro diagnostic device (IVD). With this, India became the first country to compile such a list.
i. Features: NEDL builds upon the Free Diagnostics Service Initiative and other diagnostics initiatives of the Health Ministry to provide an expanded basket of tests at different levels of the public health system. It encompasses tests relevant for new programmes like Health & Wellness Centers (HWCs) under Pradhan Mantri Jan Arogya Yojana (PMJAY). It will enable improved health care services delivery through evidence-based care, improved patient outcomes and reduction in out-of-pocket expenditure; effective utilization of public health facilities………………………Click here to Read more

China successfully launched a new rocket for commercial use named Smart Dragon-1
On August 17, 2019, A new rocket for commercial use named Smart Dragon-1 (SD-1) with 3 satellites, developed by the China Rocket Company affiliated to the China Academy of Launch Vehicle Technology (CALVT) was launched successfully from the Jiuquan Satellite Launch Centre in northwest China.
Key Points:
i. 3 satellites were developed by 3 separate Beijing-based companies. They will be used for remote sensing services, communication and Internet of Things (IoT).
ii. SD-1 has a total length of 19.5 metres, a diameter of 1.2 metres and a take-off weight of about 23.1 tonnes.
iii. It is a small-scale solid-propellant carrier rocket capable of sending 200 kg payloads to the solar synchronous orbit at an altitude of 500 km.
iv. It was developed in less than 18 months.
About CALVT:
♦ Established: 1957
♦ Headquarters: Beijing
♦ Chief: Wang Xiaojun

FDA of US approves PRETOMANID new drug for drug resistant TB
The United States(US) Food and Drug Administration (FDA) gave approval to a new drug named Pretomanid, for treating extensively drug-resistant Tuberculosis (XDR TB) which is estimated to have a mortality rate of 60%. 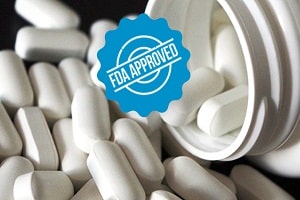 Key points
i. Pretomanid was developed by New York based non profit organisation TB alliance.
ii. It is used as a combination of drugs along with bedaquiline and linezolid collectively called as BPaL regimen.
iii. Previous developed drugs had only efficiency rate of 34% whereas this collective regimen produces efficacy(efficiency) rate of 90%. This was confirmed after it was tested on 109 patients with XDR-TB and Multi-drug-resistant TB (MDR-TB) from South Africa between 2015 and 2017.
iv. 95 out of 109 patients were successfully treated. Another great benefit of this drug is that it is required to be given to patients only for 6 months whereas previous drugs were given for a period of more than 18months.
About Pretomanid
i. It is a new chemical entity and a member of the class of compounds known as nitroimidazooxazines.
ii. It is only the Third new anti-TB drug approved by the FDA in more than 40 years.
iii. This drug is expected to be available in the US by the end of 2019. 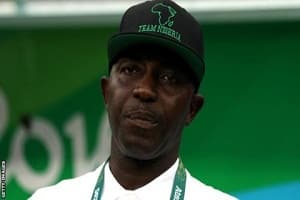 i. He had breached Article 11 (Bribery) of the 2009 edition of the FIFA Code of Ethics.
ii. He has been banned for life from all football-related activities (administrative, sports or any other) at both national and international level. A fine of 50,000 Swiss Francs has also been imposed.

Neelam Sharma- Former DD news anchor passed away
Neelam Sharma, one among the founding anchors of Doordarshan News (Former anchor) for more than 2 decades, passed away after battling with cancer on August 17, 2019. 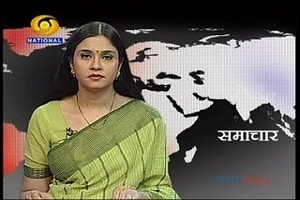 Key points
i. Sharma, a strong advocate for women empowerment started her career in Doordarshan in 1995 and was known for her programmes like ‘Tejaswini’ and ‘Badi Charcha’.
ii. She was awarded the 2018 ‘Nari Shakti Puraskar’ by the President of India Shri Ram Nath Govind.
iii. Apart from anchoring, she was also a widely acclaimed documentary filmmaker with more than 60 films under her name.
iv. She won various other awards like Best News anchor award, Aadhi Aabadi Award and KPS Gill Fearless journalist award. 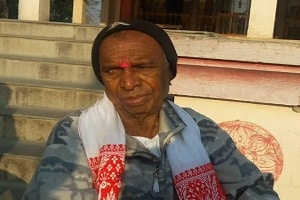 i. He was the recipient of Padma Shri in 2018 from the President of India, Shri Ram Nath Kovind for his service to the society.
ii. He was born in Amaravati district of Maharashtra. 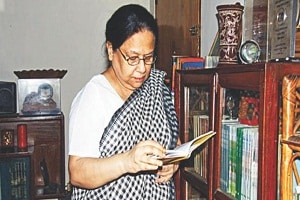 i. Born on 28 December 1939, Kolkata & moved to Bangladesh, then known as East Bengal, after the 1947 Partition of India.
ii. She began writing stories at the age of 8 & got her credit with a number of novels and short stories.
iii. She had received the Bangla Academy Literary Award in 1978 and was awarded Ekushey Padak in 2019, the 2nd -highest civilian award in Bangladesh.
iv. Some of her acclaimed works include Bong Theke Bangla(1978), Rokter Okshor(1978) Ghar-Bhanga-Ghar(1984), and Shilay Shilay Agun(1980).

Key points
i. Jabalpur(Madhya Pradesh) born Rajiv Dogra has previously penned two books on the Indo-Pak relations named “Where borders bleed: An insider’s account of Indo-Pak Relation” and on the Durand Line (the borderline between Pakistan and Afghanistan) named “Durand’s curse: A line across Pathan Heart”.
ii. He is currently writing a book on foreign policy and the legacy of Indian prime ministers.
Previous role of Rajiv Dogra
He served as the high commissioner of India to London from 1994-1997 and as Ambassador to Italy and Romania, Permanent representative to the United Nations Agencies in Rome and as Consul General in Karachi.

Odisha CM to launch “Mo Sarkar” initiative for transparency in governance
On August 15, 2019, during the independence day celebration in the state, the Chief Minister of Odisha Shri Naveen Patnaik announced the “Mo Sarkar” initiative. It is an initiative to ensure transparency in governance focusing fully on the common public and will be commenced from October 2, 2019, on the occasion of Gandhi Jayanthi.
Key points
i. The CM and other ministers will connect with common citizens on call, to collect feedback of the response and service they received from the government.
ii. The govt. will work on this initiative to ensure that people get their rights with the help of the 5T mantras introduced by the CM to address public issues. The 5Ts are Technology, Transparency, Teamwork, Transformation and Time.
iii. The program will be implemented for all police stations and district headquarters, hospitals in its first phase. It will later be implemented in all other departments by 5th March 2020.
About Odisha
♦ Governor- Ganeshi Lal.
♦ Capital- Bhubaneswar.
♦ Important stadiums- Barabati stadium,  Kalinga stadium.
♦ Thermal power plants- Hirakud Captive power plant, Talcher Super Thermal power plant.
♦ Constituency of CM Naveen Patnaik- Hinjily, Odisha. (He contested from Hinjily as well as Bijepur in the 2019 Lok Sabha election and won from both the Constituencies. Later he resigned from Bijepur on June 2,2019)

i. It has the capacity to fuel 60 to 70 small passenger vehicles in an hour.
ii. The first CNG station of North East was installed in Tripura.